On Amazon Prime Video you will find several series and movie titles. But today, let’s talk a little more about the movies that we can only find on this streaming platform. Here we will list some films of different genres and that please all tastes. The vast majority of titles are recent, from the last 5 years. We have comedy, romance, drama, adventure and suspense. It is important to point out that in this survey we list films that we cannot find on Netflix or Globoplay – but all titles are available on Prime Video.

Haven’t signed yet? Amazon Prime Video costs R$9.90 per month and has other services along with it, check it out.

In Being the Ricardos, Lucille Ball (Nicole Kidman) is hired by RKO Pictures in 1939. She lands small roles in major studio productions, but appears mostly in low-budget films. She meets charismatic 22-year-old Cuban singer Desi Arnaz (Javier Bardem) and the two instantly fall in love, marry and buy a house in Hollywood. In 1948, she is cast in the radio show “My Favorite Husband”, which becomes a hit. The show attracts interest from CBS and Philip Morris, but Ball only agrees if Desi plays her on-screen husband. In 1953, the show is renamed “I Love Lucy” and becomes a huge hit with nearly 60 million viewers each week. On the night of the live footage, a newspaper article considers Lucy a communist. Lucy admits it, but Desi insists on not telling the truth. They are now facing a crisis that could end their careers and their marriage.

In the Rhythm of the Heart

No Rhythm of the Heart tells the story of a hearing-impaired family that runs a fishing business in Gloucester, United States. Ruby (Emilia Jones), the only person in the family who listens, helps her parents and deaf brother with day-to-day activities. But because of this, she is seen as an outsider at her school, that is until she joins the choir, where she ends up romantically involved with one of her classmates and begins to make friends. Over time, she realizes that she has a great passion for singing and her teacher encourages her to try to get into a music school, as her voice is beautiful. Meanwhile, her family struggles to make ends meet with the fishing business as new fees and sanctions are imposed by the local council. The young woman is then accepted to Berklee College, where she can continue with singing, but she has to decide whether to continue helping her family or go after her dreams.

» In the Rhythm of the Heart

In the film, in 1972, 9-year-old JR Maguire moves into his grandfather’s dilapidated house on Long Island, NY. The boy seeks a replacement for his father, who disappeared shortly after his birth, and stays close to his Uncle Charlie and patrons at a bar on Long Island. Uncle Charlie works as a bartender there and knows all the staff and regular customers. He is a charismatic individual and all of his friends are eager to initiate the boy into their rituals. The boy then listens carefully to the stories of these men and draws on those stories for guidance on how to live. As he grows up listening to the stories, the young boy begins to plan his career as a writer, basing himself on the life stories of his uncle’s clients. However, his mother wants him to go to Harvard or Yale and become a lawyer.

In the film, we follow Lucas (Bruno Suzano) and Bebel (Samya Pascotto), a couple in love who decide to make their union official for everyone. Little do they know that religion will be a point of contention between their respective families. While the bride’s father, Samuel (Ary França), struggles to strengthen Jewish traditions at home; Regina (Cacau Protásio), Lucas’s mother, tries hard for her son to take the Umbanda traditions to his future family.

Desperate to take care of his pregnant wife before a terminal illness can take her life, Dodge Tynes accepts an offer to participate in a deadly game where he soon discovers he’s not the hunter – but the hunted. 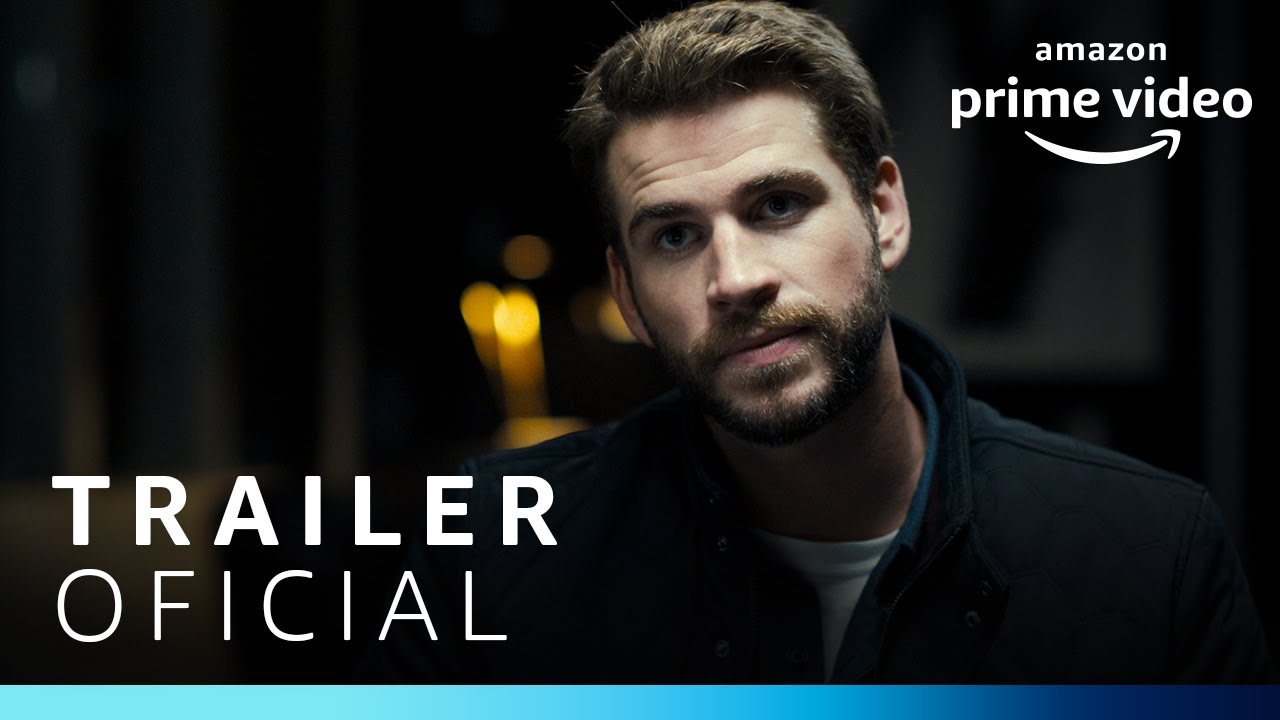 In The Manor, when a mild stroke diminishes her ability to care for herself, Judith Albright (Barbara Hershey) moves into Golden Sun Manor, a nursing home with an excellent reputation. But despite the team’s best efforts and a growing friendship with elderly colleague Roland (Bruce Davidson), strange occurrences and nightmarish visions convince Judith that a sinister presence is haunting the massive property. 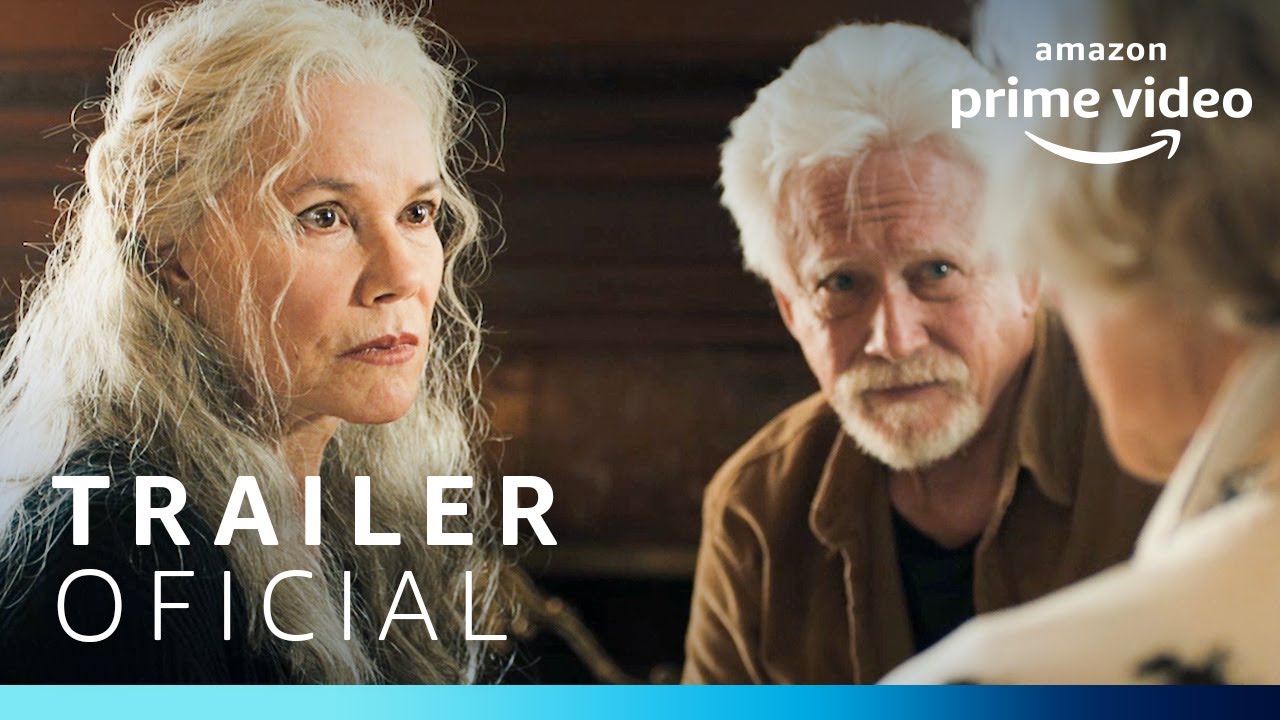 In Peçanha Contra o Animal, the sensationalist newspapers begin to report serial murders in the city of Nova Iguaçu, in the lowlands of Rio de Janeiro. With a mission to find the city’s first serial killer, the brutal, stupid and hilarious sergeant-lieutenant-major Peçanha (Antonio Tabet) and his colleagues from the incorrect Nova Iguaçu police station will spare no unconventional methods to try to hold the job and arrest the Animal. A mission that can cost too much because everyone is a suspect. 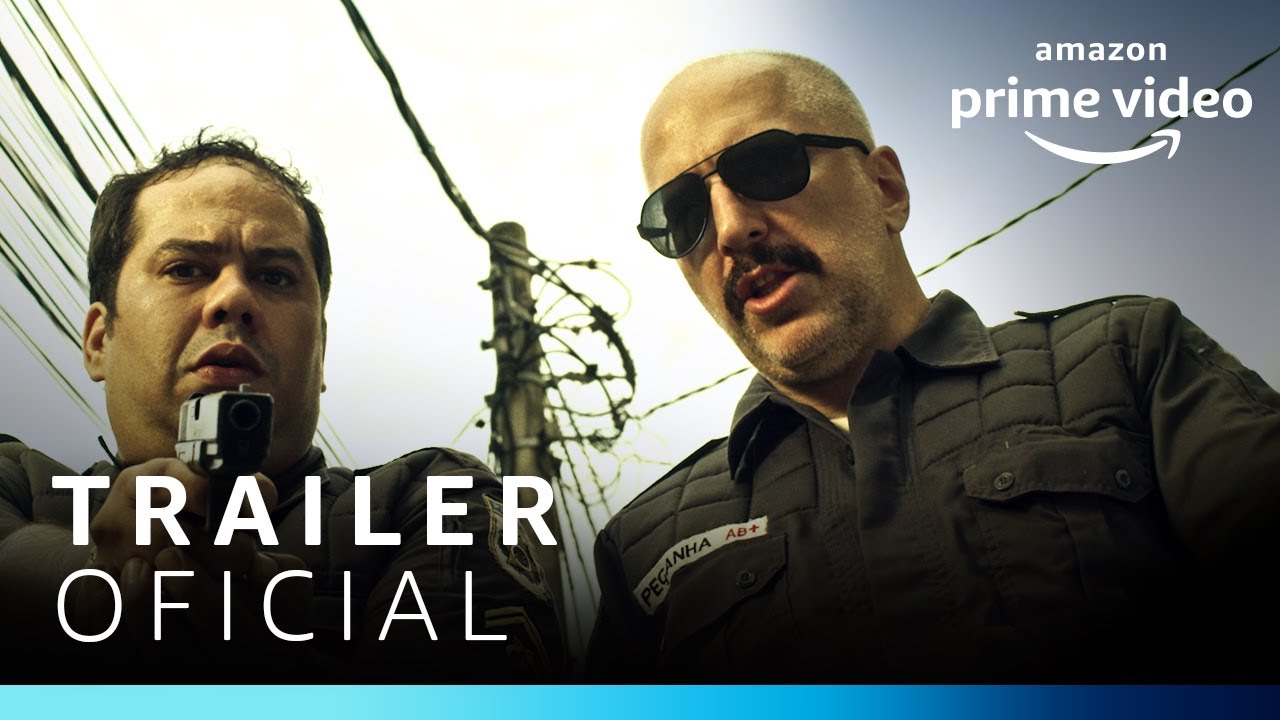 Set in the near future, Voyagers chronicles the odyssey of 30 men and women who are sent into space on a multigenerational mission in search of a new home. The mission spirals into madness as the crew reverts to their most primal state, unsure whether the real threat they face lies outside the ship or inside it. 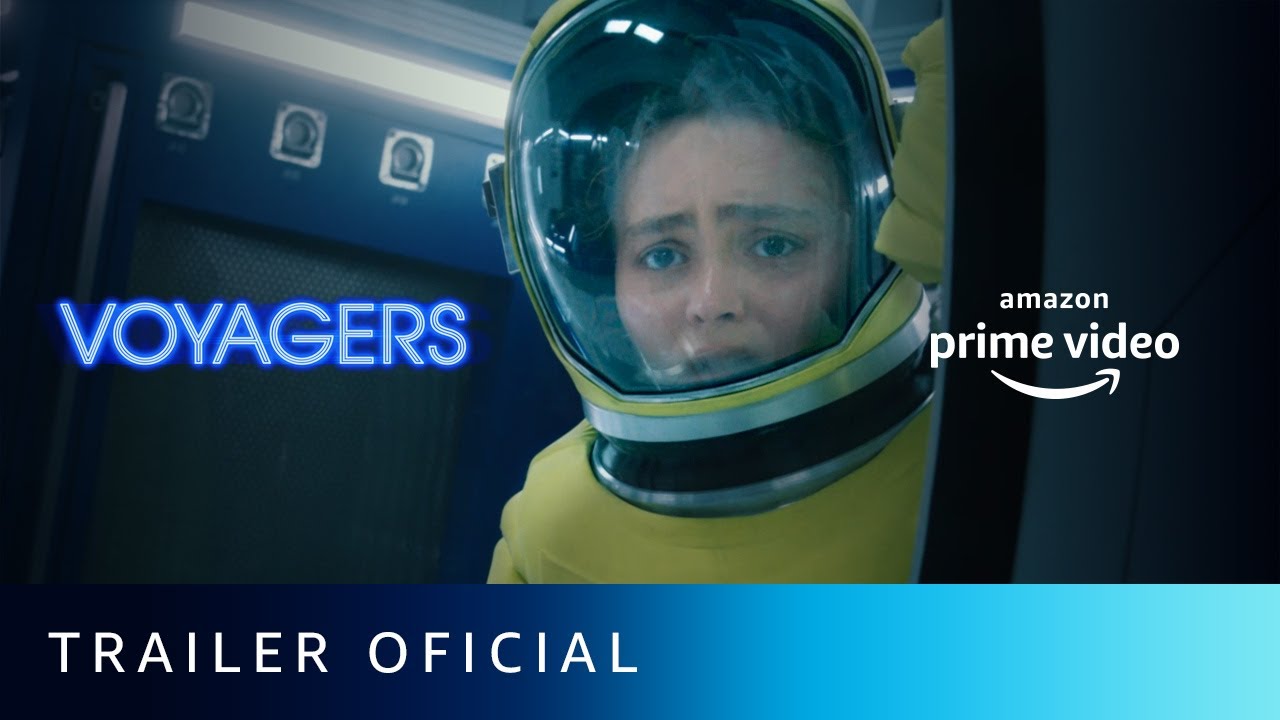 A young couple (Sydney Sweeney and Justice Smith) become interested in the sex lives of their neighbors across the street (Ben Hardy and Natasha Liu Bordizzo). What starts as an innocent curiosity turns into an unhealthy obsession after they discover a neighbor is cheating. Temptation and desire cause their lives to mix, leading to deadly consequences. 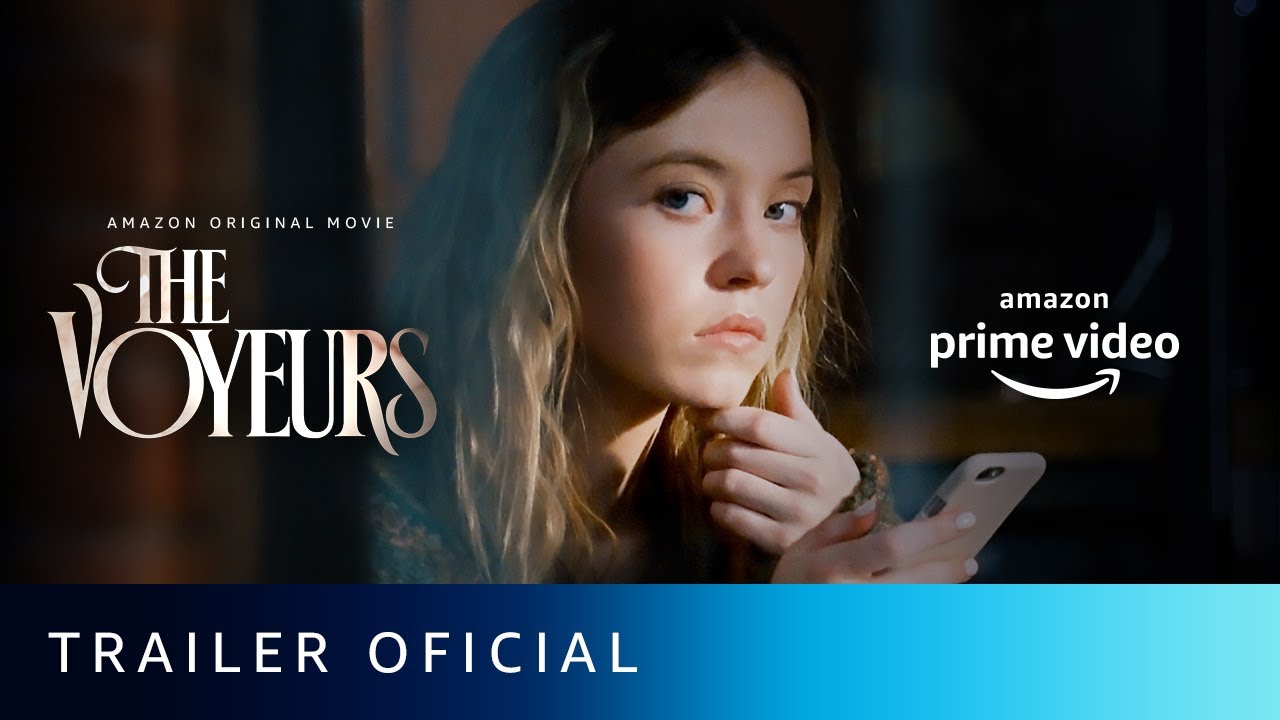 Cinderella By Kay Cannon (Pitch Perfect), is a modern musical with a bold take on the classic fairy tale. Our heroine (Camila Cabello) has ambitious dreams, and with the help of her Fabulous Fado Madrinho, she intends to fulfill them. Cinderella has a stellar cast, which includes Idina Menzel, Minnie Driver, James Corden, Nicholas Galitzine, Billy Porter and Pierce Brosnan. 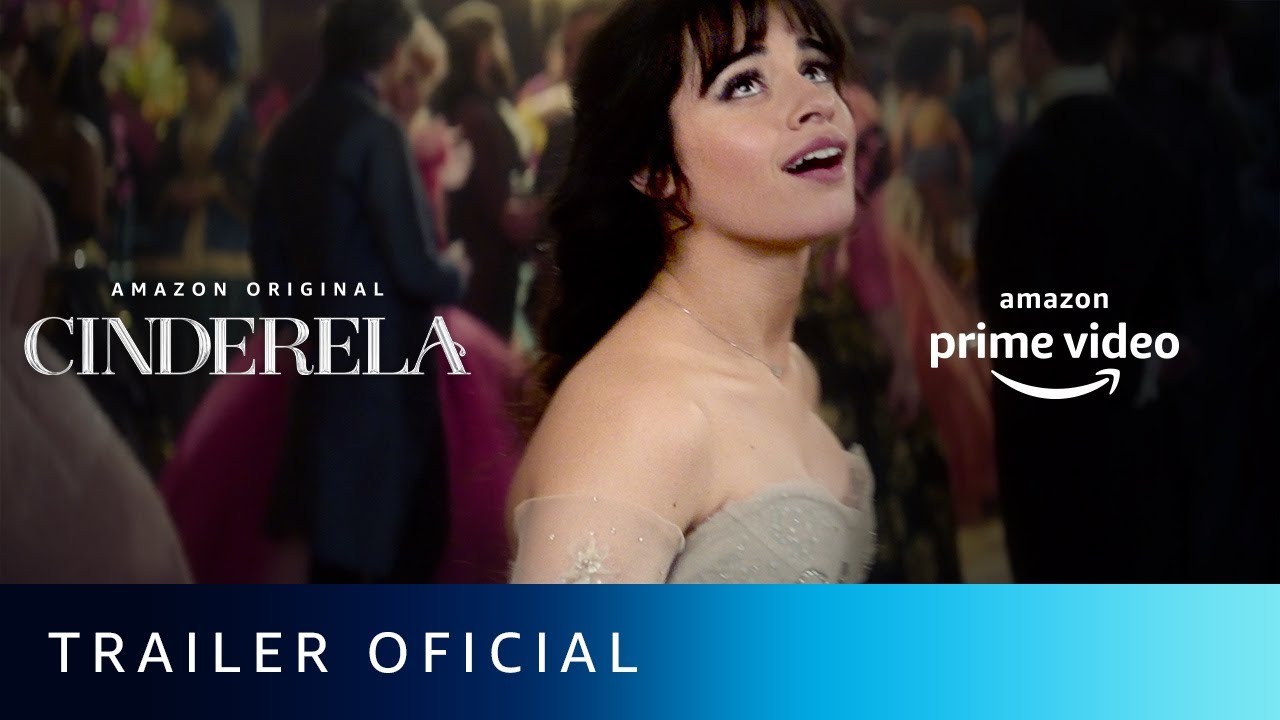 A nightclub bouncer with a half-fatal anger-management disorder wears an electrode-coated vest to shock himself and revert to his normal self whenever he’s in a homicidal rage. When the first man she ever falls in love with is murdered, her thirst for revenge fuels a hunt for the killer as the police investigate her as a prime suspect.

Who will stay with Mario?

When Mário (Daniel Rocha), a 30-year-old young man who works with theater, travels to his homeland to visit his family, he decides to come out to his conservative father and tell him that he lives with his boyfriend, Fernando (Felipe Abib). But his older brother, Vicente (Rômulo Arantes Neto), ends up spoiling his plans by bringing other news to the family. To make matters worse, Mário’s father wants him to take over the leadership of the family’s brewery, and he ends up getting involved with Ana (Letícia Lima), the coach his brother hired to modernize the company.

» Who will stay with Mario?

At War With Grandpa

Peter (Oakes Fegley) is forced to leave his room when Ed (Robert De Niro), his grandfather, moves in with the family. Dissatisfied with sleeping in the attic and determined to take back his space, the young man sets several traps to expel his grandfather, however, the old man is smarter than his grandson and intends to retaliate with his own schemes and schemes. Let the war begin!

» At War With Grandpa

I feel good with you

In the film, we follow five love stories in times of quarantine. A couple of ex-boyfriends text each other for the first time since their breakup; Two young women who have just fallen in love live with the fear of their relationship being cooled by distance; Sisters who drifted away from the pre-pandemic attempt to regain friendship and rediscover the importance of family; Two hookups in an “unlabeled relationship” explore ways to survive the absence of touch; And a couple that can’t stand it anymore tries to deal with the obligation of living together 24 hours a day.

” I feel good with you

Then the crazy one is me

Young, intense and authentic, Dani just wanted to lead a normal life. But since childhood, he has been out of step with his world. While enchanting everyone with the talent that makes her a brilliant writer, she tries in every way to control her fears and constant anxiety attacks.

» Then the Crazy is Me

After. after the truth

After finding out about the bet, Tessa (Josephine Langford) tries to forget about Hardin (Hero Fiennes Tiffin), the chaotic, angry young man who broke her heart. However, she is about to discover that some loves cannot be overcome. Hardin knows he made the worst mistake of his life in hurting the young woman so deeply, but he will fight with all his strength to win back the great love of his life.

» After. after the truth

The film follows the amazing storyteller Paulinho Gogó (Maurício Manfrini) who tells his adventures around Brazil while waiting for his beloved Nega Juju (Cacau Protásio). Sitting on a park bench, he recalls his poor childhood, the odd jobs he did in life, his time in the Army, the troubles in which he met his friends Chico Virilha, Biricotico, Helinho Gastrite and Celso Bigorna and his comings and goings in his relationship with Juju. .

A Prince in New York 2

In A Prince in New York 2, in the luxurious country of the royals of Zamunda, the newly crowned King Akeem (Eddie Murphy) discovers that he has a son he doesn’t know and that he could be heir to the throne – despite the noble already having a prepared daughter. to take over the government. In the production of Amazon Prime Video, Akeem and his confidant Semmi (Arsenio Hall) embark on a hilarious journey that will take them around the world: from their great African nation, back to Queens, borough of New York.

In 1973, when Frank Bledsoe and his 18-year-old niece Beth take a road trip from Manhattan to Creekville, South Carolina, to attend the funeral of the family’s patriarch, they are unexpectedly joined by Walid, Frank’s love. .

The Price of Truth

A lawyer uncovers a dark secret that connects a growing number of unexplained deaths to one of the world’s biggest corporations. As he tries to expose the truth, he finds himself risking his future, his family, and his own life.

» The Price of Truth