Microsoft continues to refine the Windows 10 application “Your Phone” to make it the missing link between your Android smartphone (preferably Samsung) and a PC. The firm is now deploying a feature that allows you to simultaneously launch several applications on your smartphone directly from the Microsoft app. 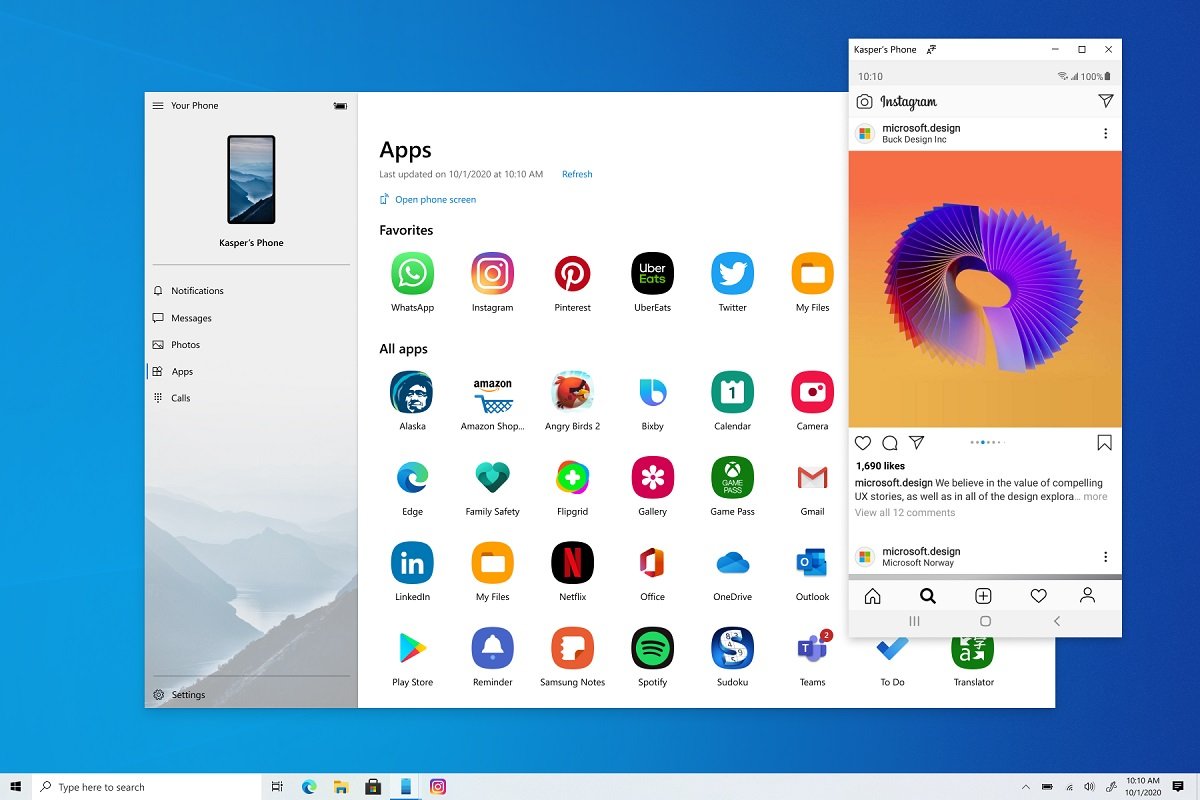 The Your Phone application benefits from a new super practical feature… but reserved for the moment for Samsung smartphones // Gamesdone: Microsoft via MSPowerUser

Your Phone gains an interesting new feature through its latest version. Announced in November and rapidly deployed to members of the Insider program, this new feature of the Microsoft app for Windows 10 is now widely available. It allows several applications to be launched at the same time when it is attached to an Android smartphone stamped Samsung.

One way for Microsoft to encourage multitasking, but also to offer an alternative to native Windows 10 applications. The fact remains that this function stems directly from the agreements between the American company and Samsung. If you are using an Android smartphone from another brand, then you will not have access to it. In any case, not immediately.

Some prerequisites are necessary …

To take advantage of this new functionality, several prerequisites are also necessary. To get started, you will need the latest version of the Your Phone application (version 1.20102.132.0 or newer). The same goes for the Link to Windows companion application, which must be present on your Samsung smartphone in its latest version (version 1.20102.133.0 or more recent). The latter can be downloaded directly from the Google Play Store. Finally, it is necessary to retrieve the updated version of Link to Windows Service (version 2.1.05.2 or newer), this time from the Galaxy Store.

Last point: the multi-app functionality introduced with the new version of Your Phone unsurprisingly requires the May update of Windows 10. As indicated MSPowerUserHowever, it is more than recommended to install the very latest version of Windows 10 first.

To force an update on your PC, the procedure is always the same: go to the settings of Windows 10, then in “Update and Security”. Then all you have to do is click on “Check for updates” in the “Windows Update” tab to find out if any updates are pending installation on your machine.

As mentioned above, you will need a recent Samsung smartphone running Android 10 at least (the list of eligible devices is available here). Finally, your smartphone and your PC must be connected to the same WiFi network for the Your Phone app to function normally.