One of the last versions of iOS 14 before the big jump to iOS 15, iOS 14.7 is here. In addition to the usual bug fixes, some new features are coming to the iPhone with this new update. They are not legion, but are very usefulL for some. 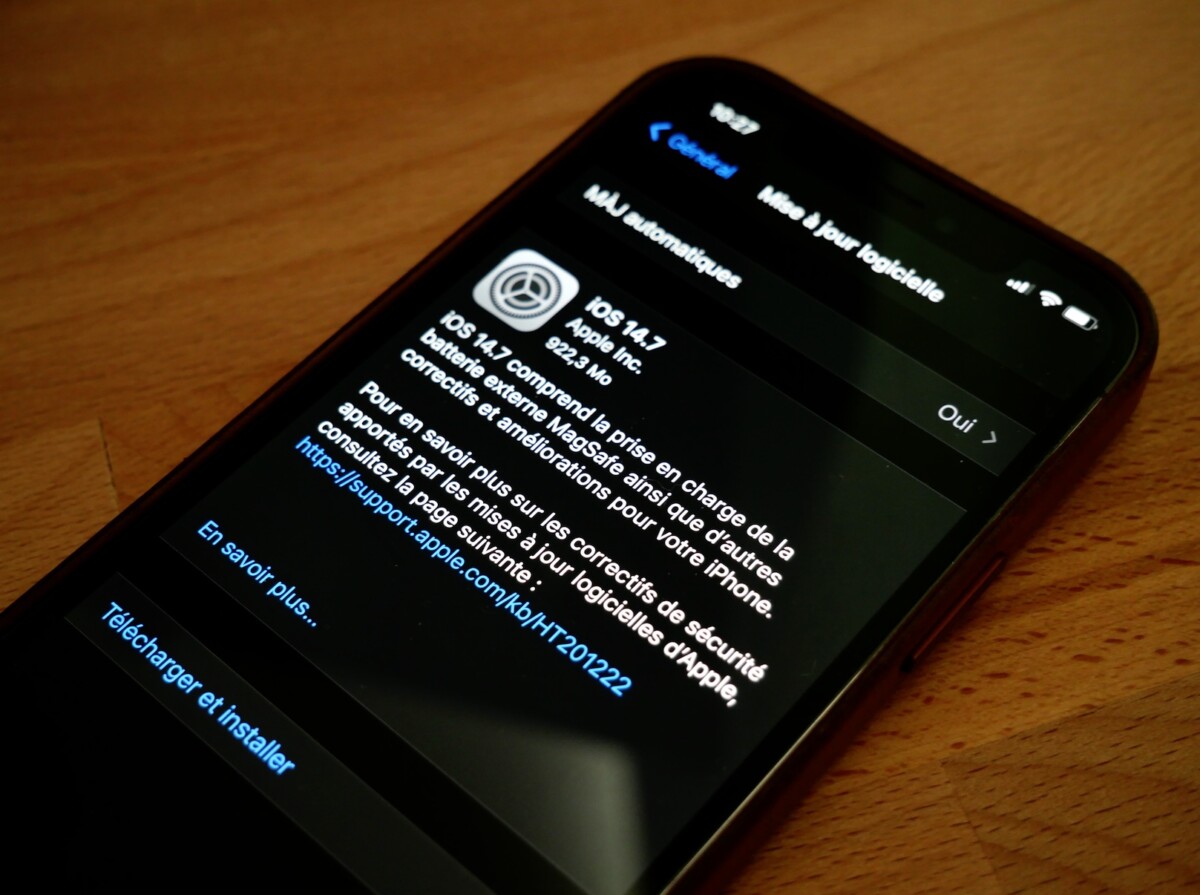 While iOS 15 is slowly preparing at Apple over the various betas, iOS 14 continues to refine the iPhone. After iOS 14.6 last May, Apple rolled out a new version of its system this week: iOS 14.7. This new minor update does not bring big features. It nevertheless adds some interesting new features.

The main one concerns users of the new MagSafe external battery for iPhone 12, which Apple launched last week. iOS 14.7 indeed offers support for this new accessory. Its installation is therefore more than recommended to take full advantage of it.

The Weather app is enriched

In the luggage of iOS 14.7 we also find the possibility of simultaneously managing several timers on HomePods from the Home application or the arrival of air quality in the Weather app for France and others country.

To do this, you have to take a look under the day’s forecast and a bar in degraded colors appears with a cursor. The information is provided by BreezoMeter for all of France, large cities and smaller municipalities. However, unlike North America, you will not have more detailed data at this time.

Note that other more condensed information also appears in the Maps application at the bottom right with an air index identified by a color under the current temperature and weather.

The weather and air quality now appear in the Maps app // Gamesdone: Frandroid

Apple also announces the arrival with iOS 14.7 of a new function related to the support of theApple Card Family (introduced with iOS 14.6). In short, it allows US users (the Apple Card is not available in France) to combine credit limits and share an account with an existing Apple Card user, sums up 9to5Mac.

Note that Apple is also reportedly planning to allow credit payments with its Apple Pay Later service. A possibility that is currently the subject of negotiations between Apple and its partner, the New York investment bank Goldman Sachs.

Finally, on the Podcasts application, the library now allows users to display all the shows on the interface… or only those that are watched. An efficient way to quickly find the content that interests us the most. As a reminder, this new feature arrives on Podcasts after the introduction with iOS 14.5 of a new interface for the application, then the possibility of subscribing (paying) to channels or shows with iOS 14.6.

What devices are compatible?

iOS 14.7 is available on a wide variety of iPhones, from iPhone 6s to the latest iPhone 11s.

Here is also the list of iPads benefiting from iOS 14.7:

Before jumping into the update, you should first check that your iPhone is on the list of compatible devices and that you have enough battery. It is preferable to be connected by Wi-Fi (if possible fast) so that the operation takes place quickly.

If you’ve turned on automatic updates, everything will happen without you noticing. If the update has not yet installed, you can also go and trigger it manually.