With the next update of its virtual reality headsets, Oculus is adding several new features including the possibility of being added in a real way in a virtual setting and file management. 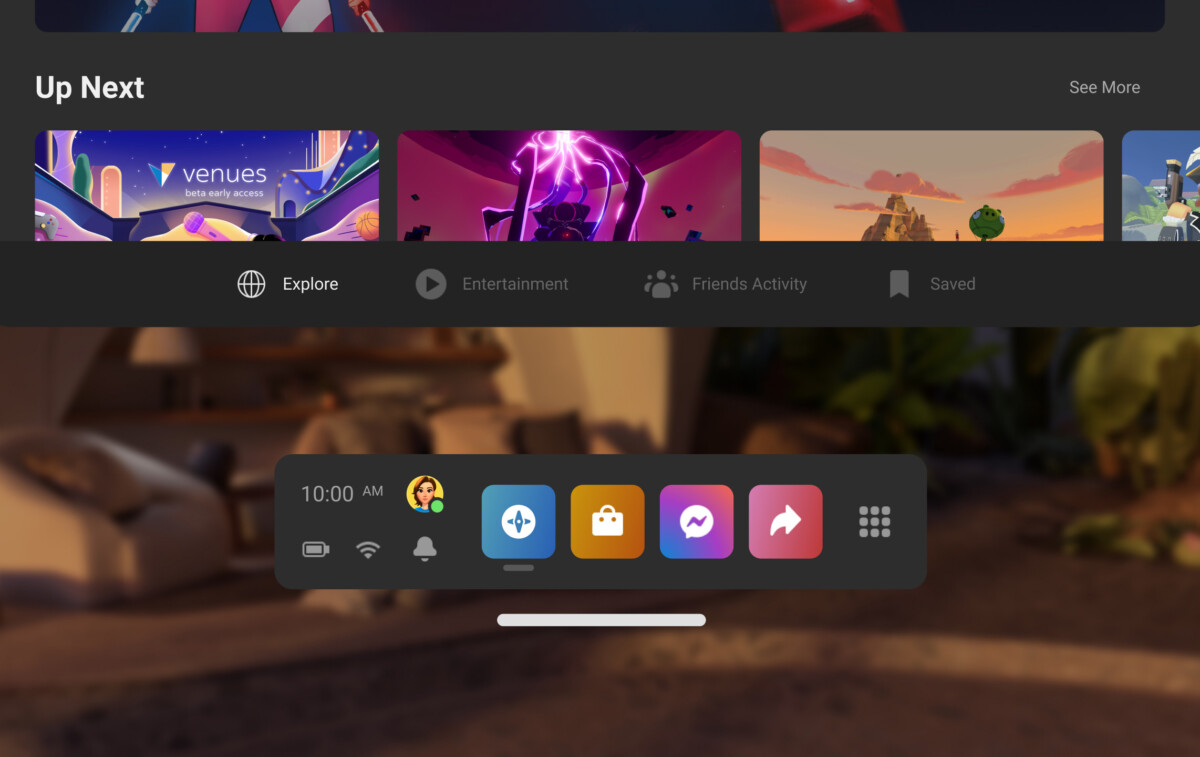 Welcome to your reality… but in virtual reality! This is what the next update of Oculus will allow for its Quest and Rift S headsets.

The pioneer of consumer virtual reality announced on his blog the next functions that will enrich its products via the v29 update, in particular on the mobile application.

Switch your reality into your virtual experience

And among the novelties to be expected, there is the possibility of transporting you to the virtual world that appears before your eyes. Transport you in a real way thanks to your smartphone. The feature is called Live Overlay and will be available in beta initially for a few iOS users (iPhone XS and newer).

It’ll make you feel like you’re actually in VR by overlaying your real life in your headset. To use Live Overlay mode, you must launch the app on your smartphone and place it in front of you to film yourself live (selfie possible too!).

The Live Overlay function is compatible with all applications (games or experiments) that support streaming and recording. You can save your videos for later viewing or share from the Oculus app. 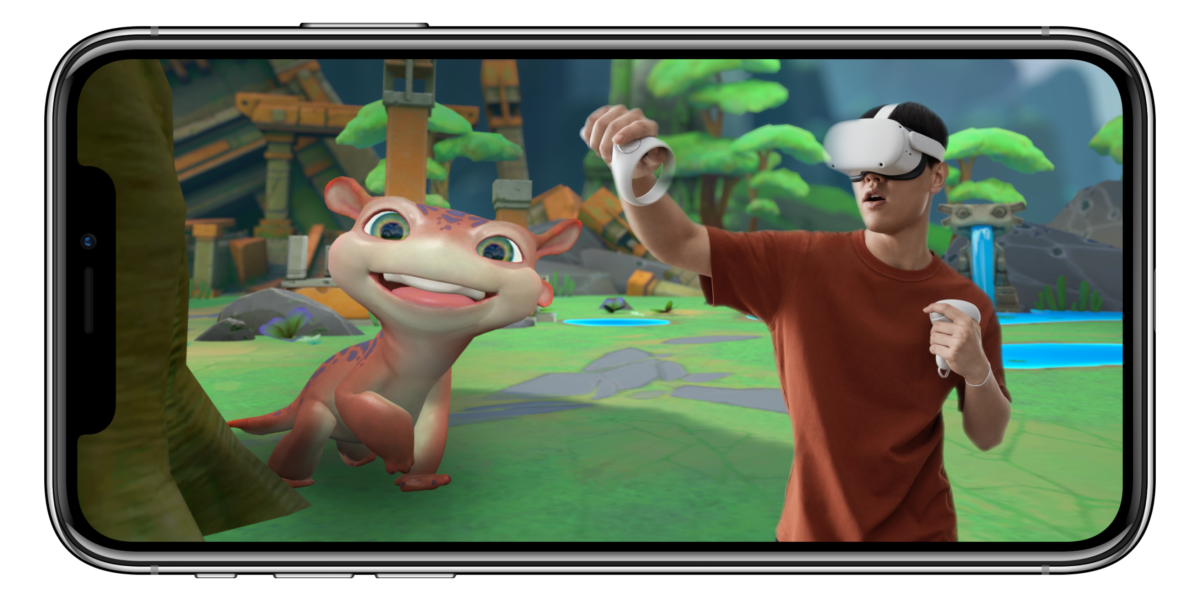 Add yourself to your virtual reality game // Gamesdone: Oculus

The Oculus application will also give more space to developers and put them in the spotlight by introducing… advertising for the various Oculus content! According to the Facebook subsidiary, this should make it possible to promote their experiences to as many people as possible.

Oculus promises that the ads you see will be “relevant” to make it easier for you to find the games and apps that may interest you. For it, a tool is made available so that you can control the data that will be used to display advertisements to you.

The Oculus v28 update recently brought 120 Hz support for the Oculus Quest 2 or the Air Link function to enjoy the standalone headset with the power of your PC, but without requiring a cable. Users of the last home headset had previously been able to take advantage of multi-accounts or even the sharing of apps between users of the same Quest 2. These functions are now available to Quest owners. 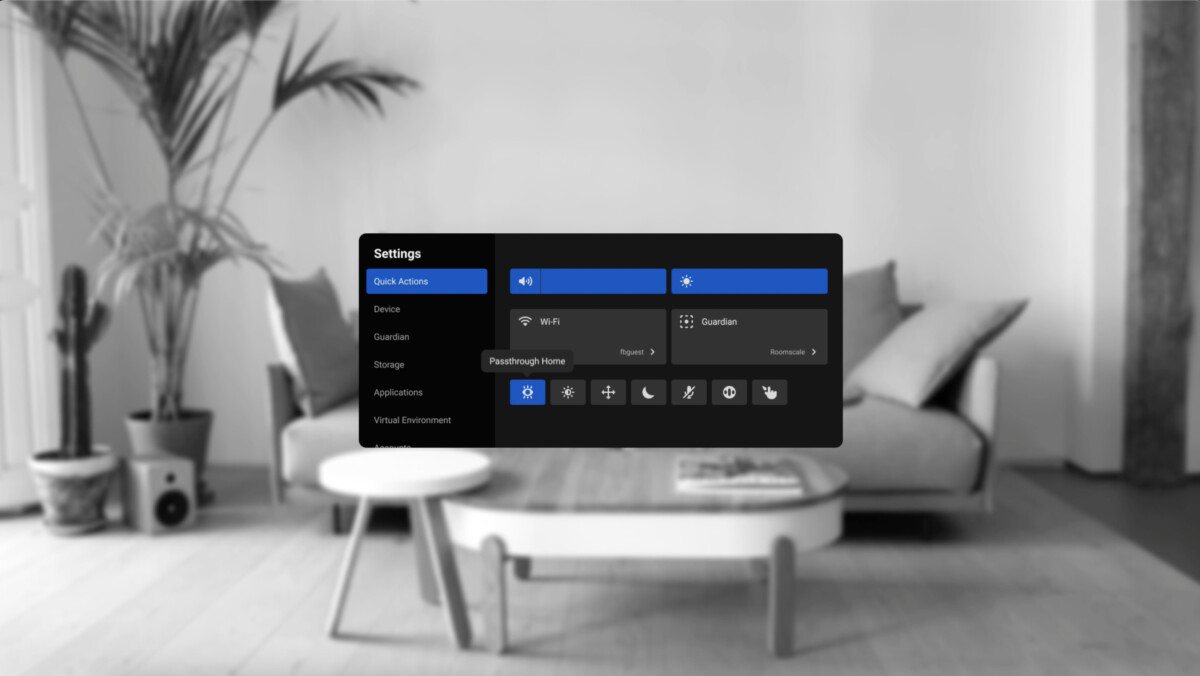 Passthrough mode to see your surroundings

Very practical function that comes to all helmets, the ability to see your real environment with a click. The v29 adds on the Quest the shortcut “Passthrough” to return to surrounding view. An “eye” icon appears in Quick Settings to switch from real to virtual quickly.

IOS notifications even in virtual office

Infinite Office, the switch to virtual office, continues to deploy. The v29 version boosts the productivity advantages, especially if you have an iPhone 7 or higher.

From the Oculus app, activate your smartphone notifications. They will then appear in your headset, whether from an app or a text message, while you play a game or are at work. And if you have multiple accounts on the headset, they are only assigned to one user. Others will not receive them if the iPhone account is not linked to Oculus. Android support is planned for a later date.

Notifications from your iPhone arrive on the Oculus headset // Gamesdone: Oculus

In addition, Oculus will offer more control over the files stored on the headset via a new Files app accessible from the app library. It will be possible to browse, manage, open, share or download files in different VR apps.