Black Shark, a brand of the Xiaomi group, has just formalized the 4 and 4 Pro. These are two high-end smartphones aimed at providing an optimal experience for gamers. We therefore have good performance with a screen with a touch sampling rate of 720 Hz, the highest on the market. They can also charge at 120 Watts, which allows the smartphone to be fully charged in 15 minutes. Finally, DxOMark gave them the first place in the ranking on audio. 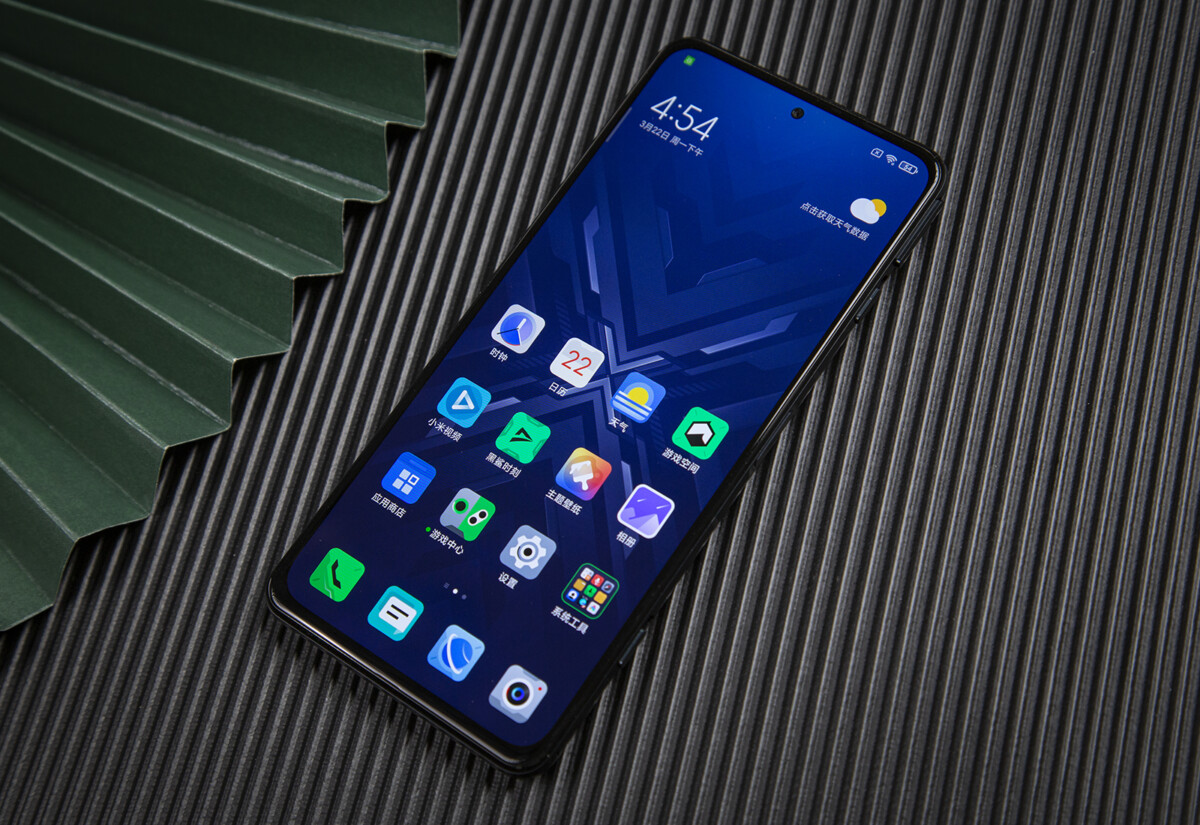 Not a week goes by without an announcement from the Xiaomi Group. Today, Black Shark is announcing its two new gaming smartphones: the Black Shark 4 and 4 Pro. In reality, as you will see below, they are not visually smartphones for gamers unlike the new ROG Phone 5 from Asus.

Xiaomi Black Shark 4 and 4 Pro: the same design but not the same Qualcomm SoC

On the one hand you have the Shark 4 and on the other the Shark 4 Pro. The former benefits from a Qualcomm Snapdragon 870 chip while the Pro variant benefits from the brand new Qualcomm Snapdragon 888 (found on the OnePlus Pro 9). Both smartphones have LPDDR5 RAM and UFS 3.1 storage. If you have not understood these two terms, know that it means that these smartphones were designed to perform very well.

The characteristics which are similar on the two models concern the 6.67-inch AMOLED display in FHD + definition with a refresh rate of 144 Hz and a sampling rate of 720 Hz. At the front, there is a 20 megapixel sensor, while at the rear there is a 48 megapixel main sensor, for the base model, and 64 megapixels for the Pro model, an 8 megapixel ultra wide-angle camera and a 5 megapixel macro camera. 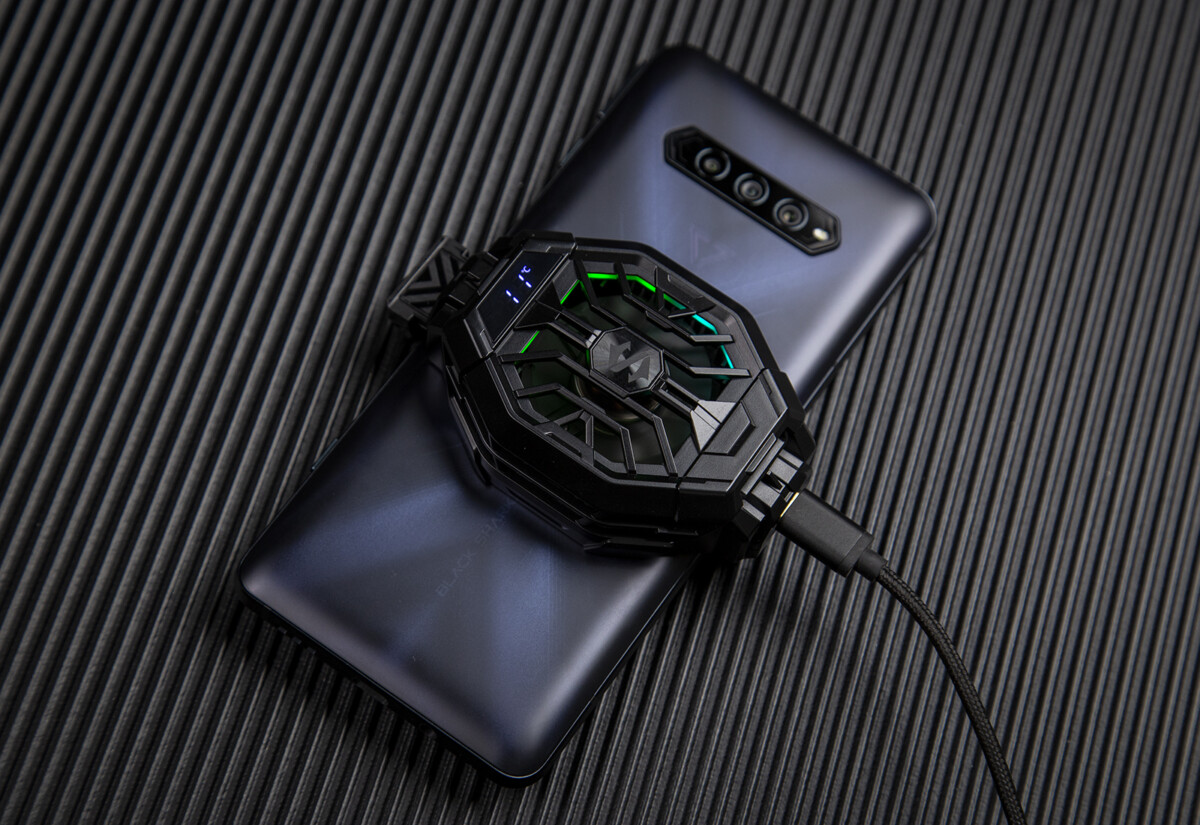 Another common point is the 4500 mAh battery with 120 W fast charging. These smartphones can be fully charged in just 15 minutes. They also have an accessory sold separately, it is called FunCooler 2, it is an external fan to cool the smartphone during your gaming sessions. 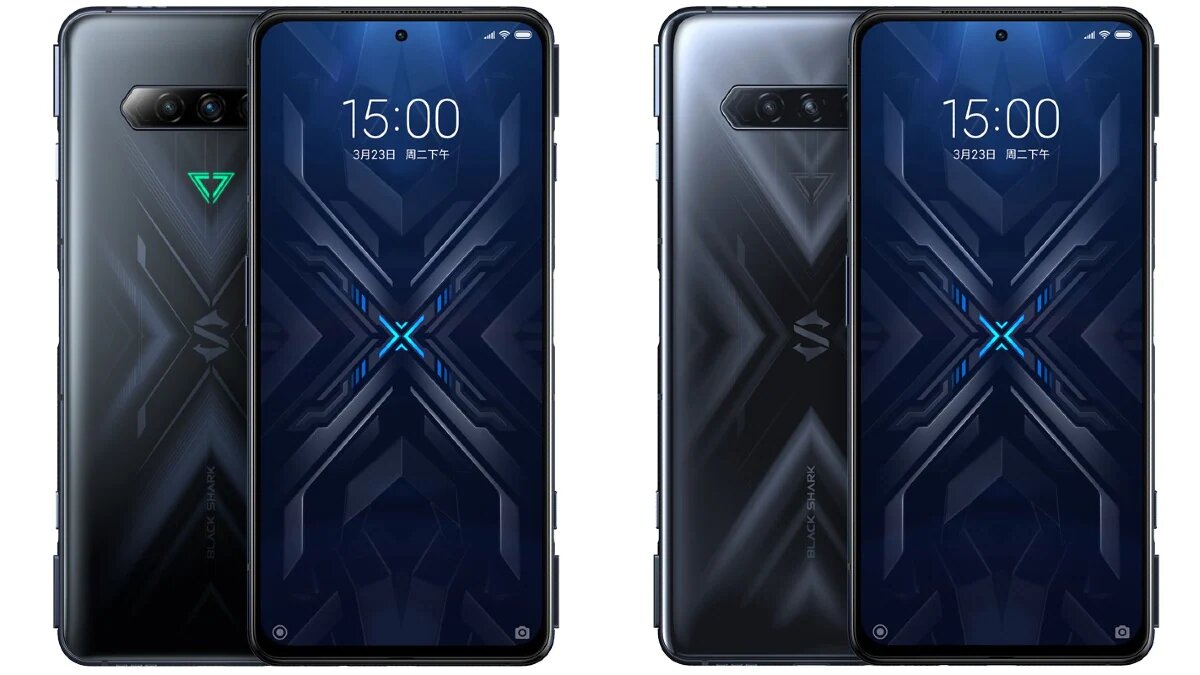 As we said above, the design is the same on both versions. There is however a small difference: the X on the back is equipped with LEDs on the Pro version. But overall, these two smartphones don’t necessarily look like gaming smartphones.

The other specificity of these smartphones is the audio. It’s simple, they took first place in DxOMark’s ranking on audio. With the two speakers, Black Shark wants to offer an immersive sound designed in collaboration with several studios such as DTS, Circus Logic or Elephant Sound. 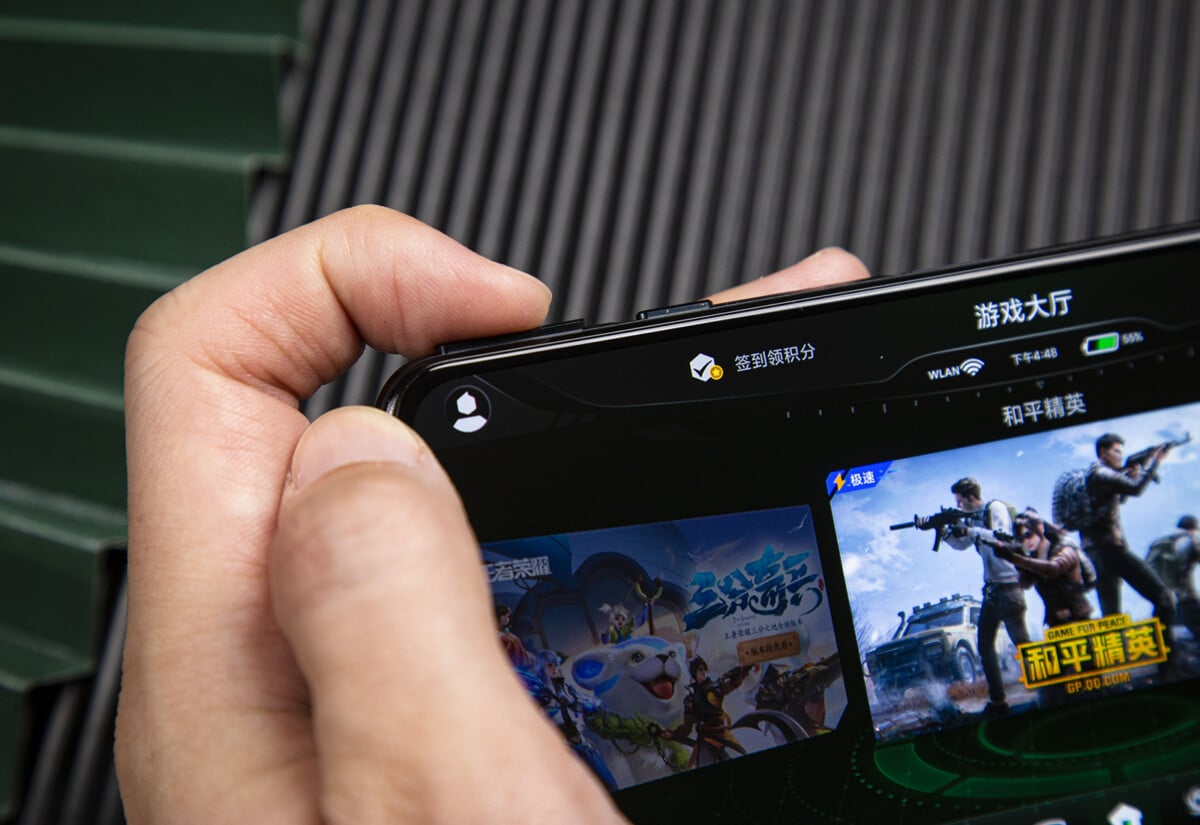 They still have trigger buttons that can be configured