Xiaomi begins to deliver some information regarding the Redmi K40. The future smartphone will be presented in China next month and will be equipped with a Snapdragon 888. We do not yet know what the phone will be called in the rest of the world. 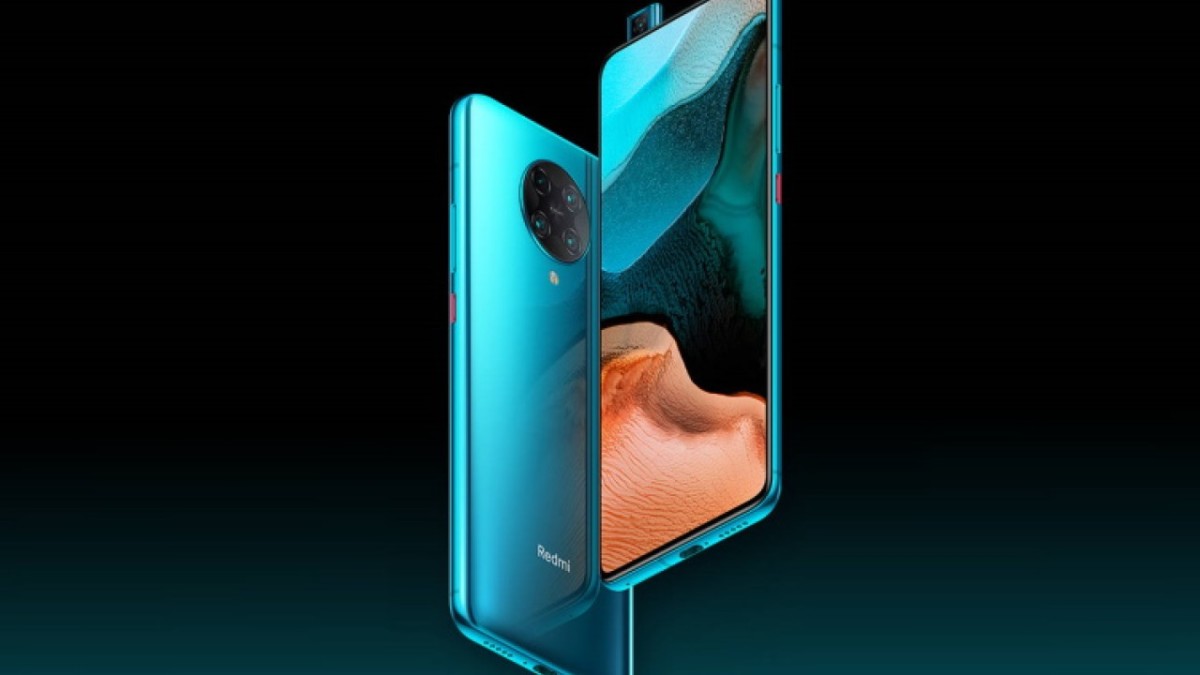 Xiaomi has already presented the Mi 11 at the end of December in China. This is the first smartphone with the Snapdragon 888 and the brand does not intend to stop there. In addition to a potential Mi 11 Pro in the pipeline, the company will also launch the Redmi K40.

As a reminder, the K range of the Redmi family only exists in China, but it is not without interest for European consumers. Indeed, the models are generally marketed in the rest of the mode under other names. The Redmi K20 thus became the Xiaomi Mi 9T and the Redmi K30 Pro was transformed into the Poco F2 Pro.

A Snapdragon 888 and an attractive price

It is not yet known what name the future Redmi K40 will take outside of China, but some official information is already circulating about it. On Weibo, Lu Weibing – boss of the Redmi brand in China – has indeed published an image clearly displaying the mention “K40”. 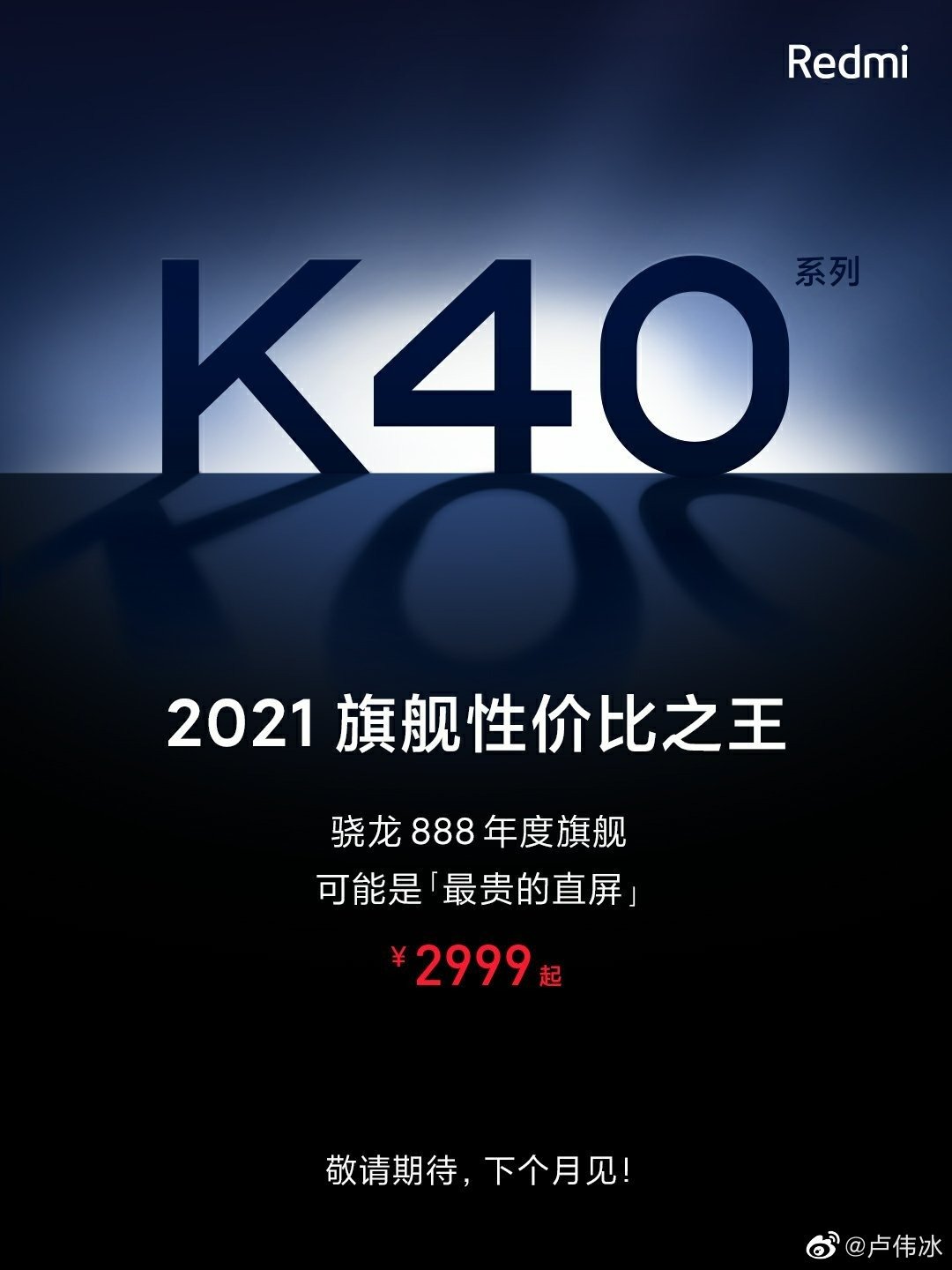 The Redmi K40 will be presented in February // Gamesdone: Lu Weibing

He thus delivers key details: the Redmi K40 will be presented next month in China, it will also be equipped with a Snapdragon 888, it will benefit from a battery of at least 4000 mAh and a flat screen.

The smartphone will be sold from 2999 yuan in China, or around 380 euros excluding tax. For the rest of the information, we will have to wait a little bit, but we can already imagine that the Redmi K40 will make some compromises compared to the Mi 11.