Xbox has unveiled its roadmap for the next few months. Along with improvements to Xbox Game Pass, xCloud, plans for future consoles or hardware, Microsoft also talked about accessibility and inclusiveness with new features to make it easier for all players to play. 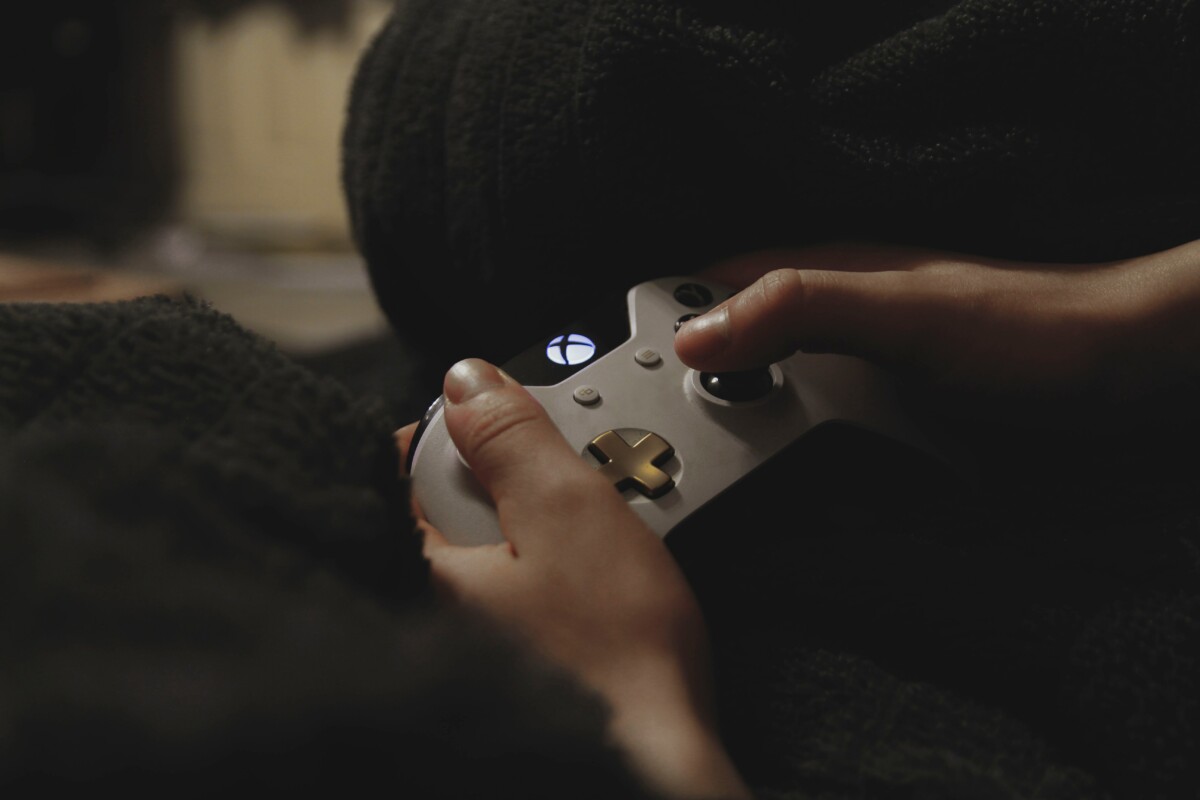 In this month of pride and with accessibility at the heart of its priorities, it was normal that Xbox did not forget to include all of its players in its roadmap for the coming months, if not the next years. During his briefing What’s next for gaming ?, the American firm has unveiled its plans for its cloud gaming service on TV and even on devices it will design, thrown the first clues on its next consoles or explained how the Xbox Game Pass will evolve just like xCloud.

But in the midst of all these announcements, the X brand has not forgotten the 400 million players with disabilities that it does not want to leave on the side. Because allowing the greatest number of players to enjoy the Xbox experience is more than ever a strong message for the company. His entire briefing revolved around how to generate commitment and support for his Xbox Game Pass project, whether with new media, with an offer reinforced by the arrival of future studios and a frantic pace. new products, or by clearly improving the quality and diversity of the offer.

« Putting people at the center of the game ”, to martelé Satya Nadella, the boss of Microsoft: « Allow them to play all the games in the best conditions, wherever they are, whenever and whatever their playing medium ”. Inclusion requires access for all, regardless of their situation. Inclusion through difference, but also through possibilities. Two visions of players who may feel excluded and whom Xbox intends to improve.

To make video games as accessible as possible, Microsoft’s gaming branch has long been increasing its actions and commitments. Whether visibly with the design of the adaptive controller, a small marvel of ergonomics and versatility to meet the needs of all disabled players. Or by developing the Xbox Accesibility Guidelines, a guide to best practices for developers to enable them to design a game that is accessible to as many people as possible, taking into account multiple parameters at the time of its creation.

« We must adopt the philosophy of inclusive design ”, explains Dave McCarthy, operations manager at Xbox. For that, you have to think about the small features that can make big changes for many. Very soon, the Xbox interface will be enriched with a function speech-to text which transcribes the words in writing, but also text-to-speech which makes it possible to vocalize the writings in the chats between players. ” It is important that we provide audio transcription to allow the deaf, hard of hearing and many others to enjoy the gaming experience. And we know that this type of function can also be used quite simply by those who do not. don’t like to talk in chats ”adds Dave McCarthy. 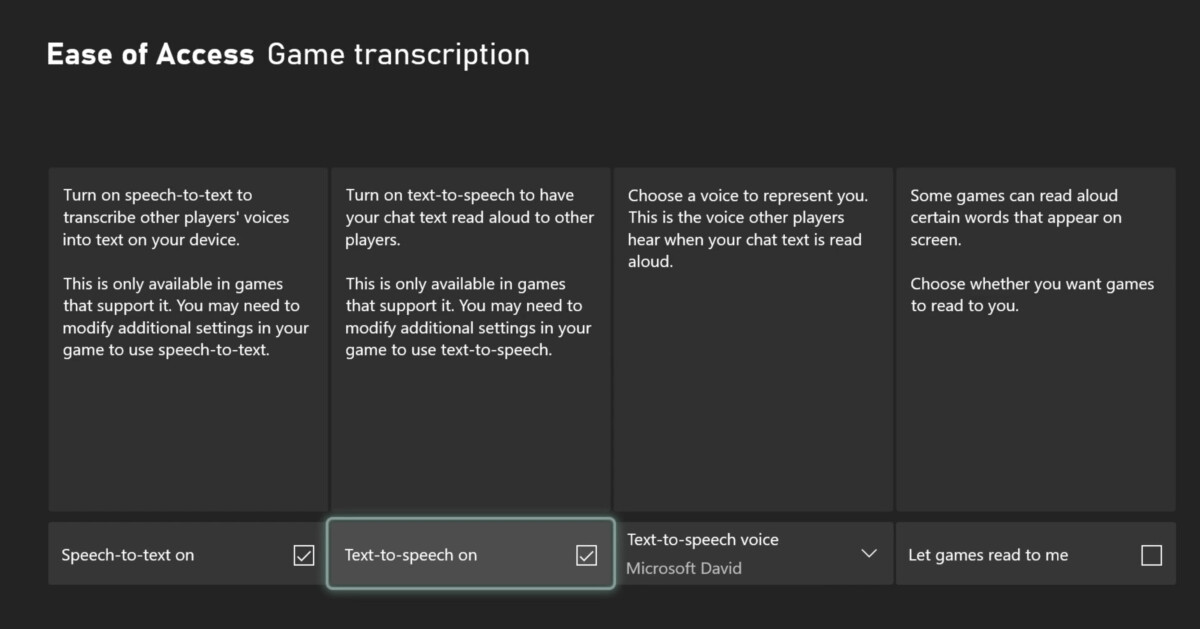 Text-to-speech and speech-to-text are coming to games chat // Gamesdone: Xbox

A simple checkbox in the menu for great support for certain players. And at Xbox, we even see another advantage: it will make it possible to detect and understand certain microphone problems. “Because the sound of the game is different from that of the discussions” and it’s not always easy for AI to adjust properly when people are not at 100% of their faculties.

Fight against the toxicity of exchanges

« To have a thriving community, the setting for it must be affordable and accessible ”, underlines the gaming manager. ” Xbox needs to be affordable by making gamers feel welcome and can find content that is like them, as diverse as the millions of gamers who play each month ”. And in this, at Xbox, we also think of inclusiveness.

Not content with having declined a multitude of merchandise for Pride, added specific content to display the rainbow colors in the games (the game Tell me why which deals in particular with transidentity is offered in June) or using a controller, offering themed films and series, the company takes measures to protect all its players and fight against the toxicity of exchanges or comments. 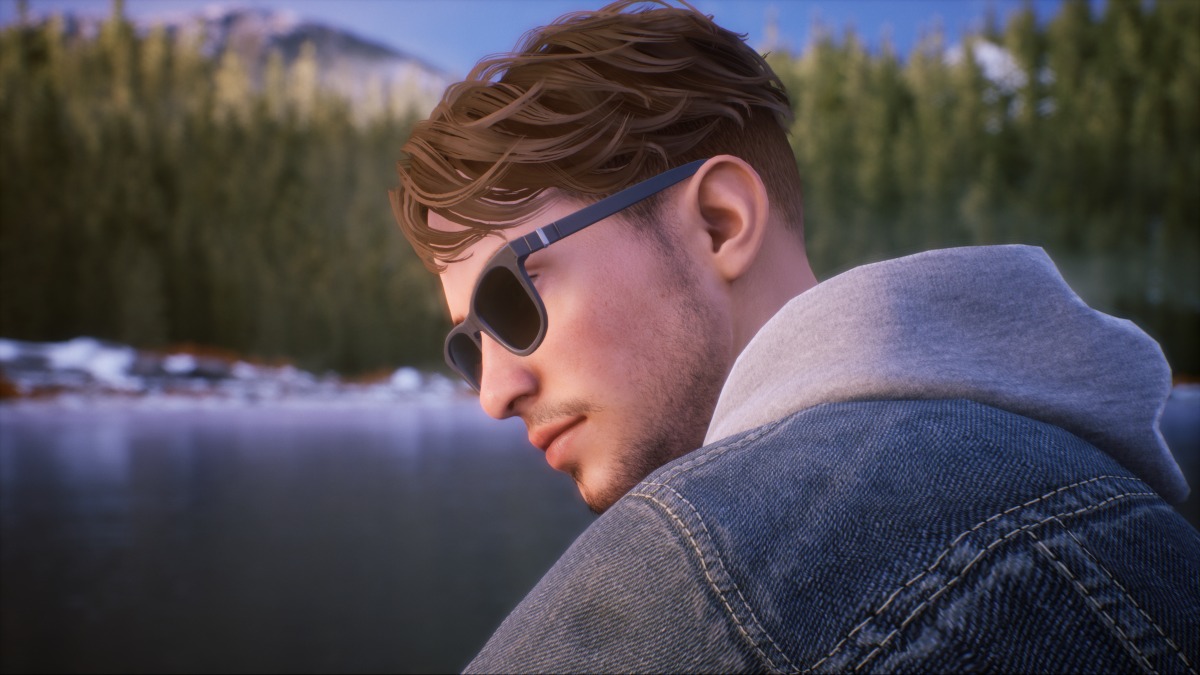 Tell Me Why // Gamesdone : Dontnod

Because Xbox believes it has a duty to ” security, protection and reception ” with his community. A technology to fight toxicity proactively will be deployed. ” This has an impact on the engagement of the most vulnerable players, and we cannot tolerate that ”, one explains on the side of Seattle.

Last year, an automatic filter system for exchanges written in chats enabled a first purification. This year, the technology, with the help of Microsoft Research, will be enhanced to be able to filter images and videos as well. ” But we must also be careful to avoid automatic censorship by misjudging exchanges ”, acknowledges Kim Kunes, Security and Trust Manager at Xbox. AI and machine learning will thus study millions of elements to be able to adapt the technology according to the different cultures of the players, the countries, the ages and the tolerance of the people.

An automatic filter applies to discussions in chats

Each player will then be able to define their own limits according to the types of interaction. From the interface parameters, it will be necessary to set the tolerance threshold for each one. And to help parents protect children from sometimes violent exchanges and harassment when they are online, the Xbox Family Settings application is available as well as a whole gallery of settings from the web interface or the console.