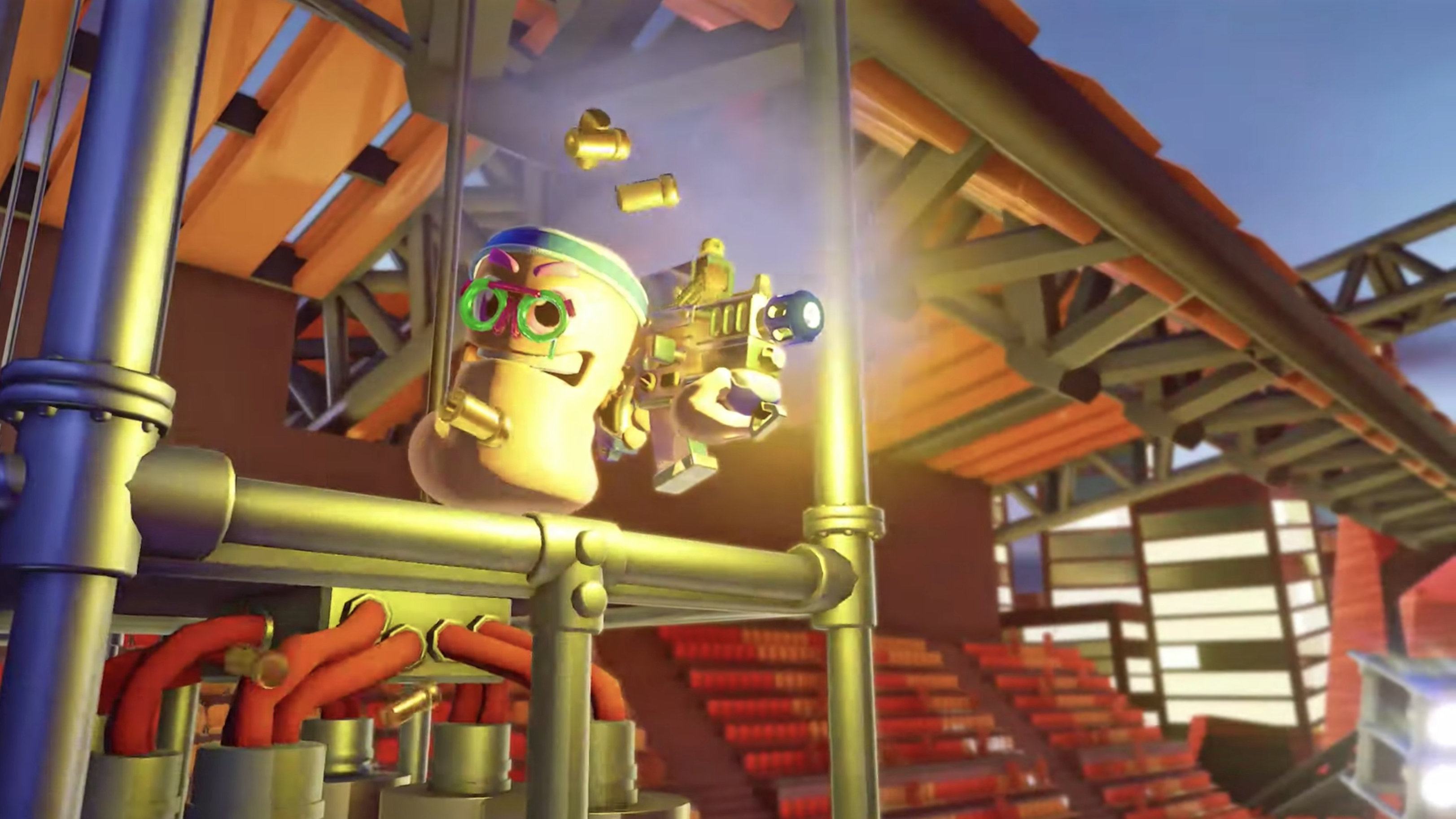 The game will launch at some point in December, so shortly after the launch of the next-gen PS5 console in mid-November, allowing cross-platform play for up to 32 players in its chaotic online modes (Battle Royale, Team Deathmatch).

Before that, though, Worms Rumble will release into a public beta on November 6, from which point anyone on PC or PS4 can download and try out the game’s multiplayer ahead of its official release.

You can check out the trailer below, which shows off some interesting quirks such as jetpacks, 2D platforming (with a 3D animation style), and moving parts of the environmental (train tracks, etc) which are sure to shake up the action.

The first Worms game released in 1995 on the Amiga – but the series has had a long legacy across countless platforms, including PC, GameCube, Sega Saturn, SNES, Game Boy, PS2, Xbox 360, as well as more current-gen consoles.

Worms clearly isn’t being left behind, though, with a PS5 release shortly after the console launch – and a game jumping on the still-strong-sailing battle royale trend.

While Worms Rumble won’t have the graphical complexity of Miles Morales or Deathloop, it should offer chaos, over-the-top weapons, and a new side-scrolling slant to the battle royale genre.