The successful launch of the first 100% Apple MacBooks may revolutionize the industry. Intel intends to show its muscles, by choosing its fights. 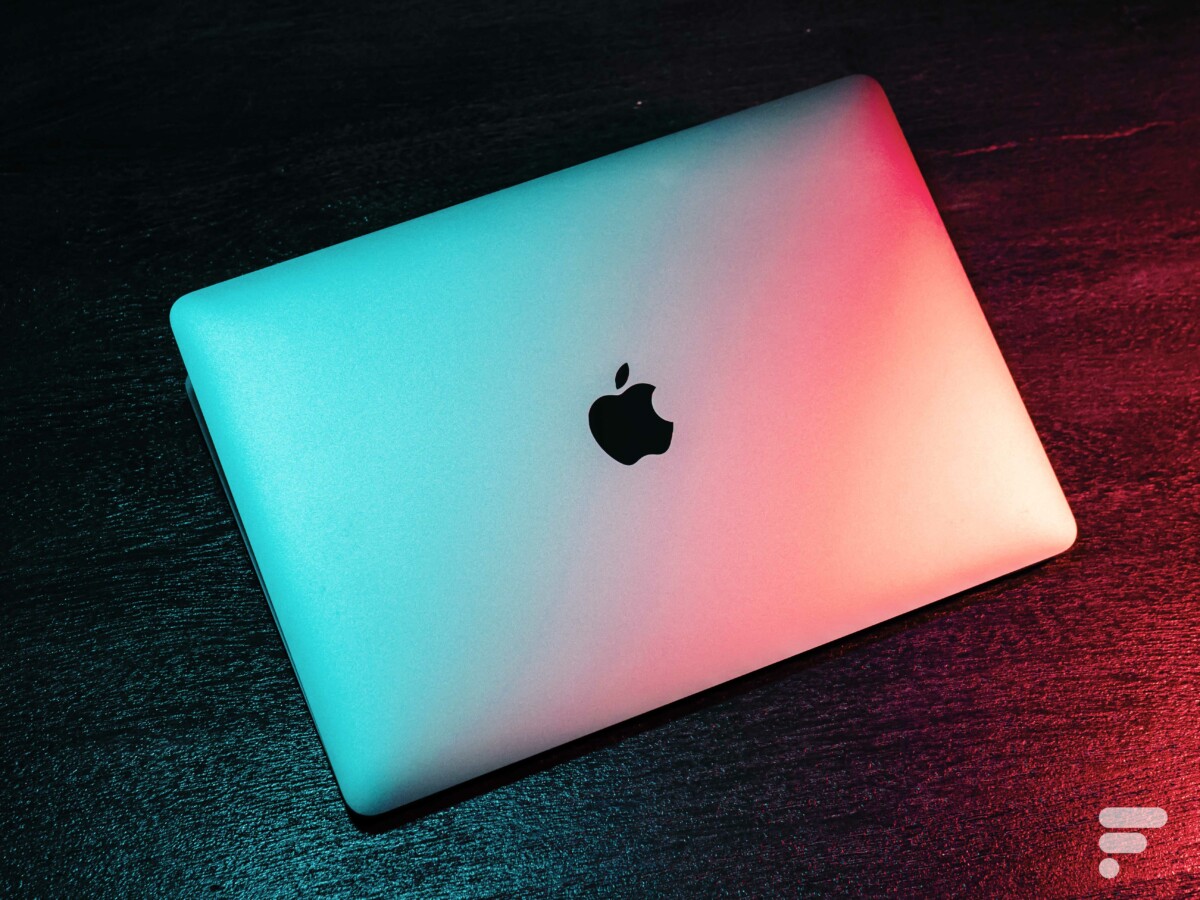 If there was just one thing to remember from Apple about the year 2020, it would inevitably be the transition started by the brand to move its PCs, Macs or MacBooks, from Intel processors to its own Apple M1 chips. The first generation of M1 product was acclaimed by the press: cheaper, more autonomous, very efficient and ultra quiet. Our MacBook Pro M1 test confirms this.

This transition caused Intel to lose a major customer, but beyond that, it illustrated the lag of laptops over other parts of the high-tech industry, possibly due to the hegemony of ‘Intel over the past ten years. The time has come for Intel to retaliate and the giant has chosen its field: communication.

Intel therefore invited the tech press to a presentation where the brand decided to compare its 11th generation Intel Core i7 processor head-on with the Apple M1 of the MacBook Pro. On its tests, Intel loudly claims to be able to offer 30% more performance on Chrome, and better performance on Microsoft 365. 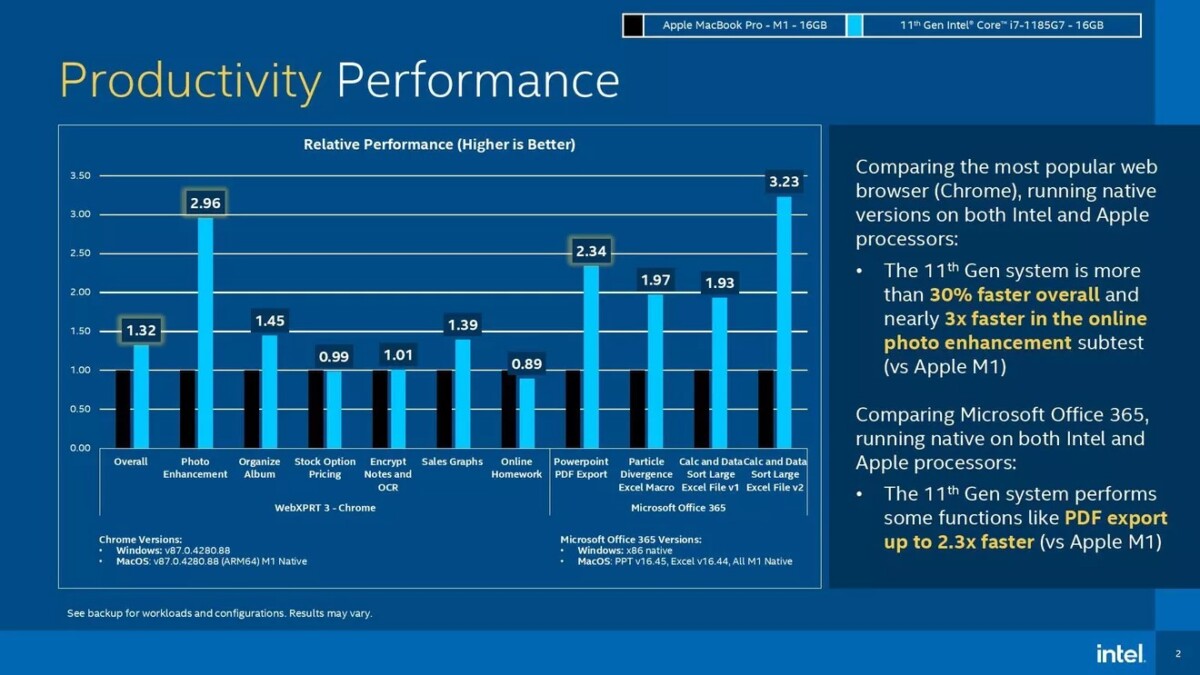 Obviously, to understand it is necessary to look in detail and thus realize that Intel has meticulously chosen the battery of tests to compare the two processors. There is thus a comparison on “the export of PDF from PowerPoint” where Intel is doing 2.34 times better, or on the organization of an album on Google Chrome where Intel is 1.45 times better.

In its other tests, Intel took the opportunity to tackle Apple on its weaknesses, especially on video games. Thus, Intel wanted to test Gears Tactics, Hitman 2, Far Cry New Dawn or Metro Exodus, all games which are not compatible with the Apple M1, because not available on MacOS.

If on all the tests Intel uses a MacBook Pro M1, the firm decides to use a MacBook Air M1 for its autonomy comparison, where the Apple machine does better than the PCs of only 6 minutes. It should be noted here that the MacBook Pro offers better autonomy than the MacBook Air, which probably explains the choice of Intel.

Intel ends its demonstration with other arguments such as the better compatibility offered on PCs with peripherals of all kinds, or the possibility of connecting several external screens on an Intel machine, where Apple offers only one external screen up to 6K.

An admission of weakness?

Several of the arguments presented by Intel are perfectly legitimate on paper, and it is clear that a buyer will have to weigh the pros and cons between an Intel machine and one of Apple’s new PCs in M1. However, the most interesting thing here is that Intel has chosen to take the floor to attack Apple also head-on.

In its statements, Intel wants to bulge the chest and show the performance of its processors, but by embarking on such a communication campaign, does the founder not prove on the contrary how relevant Apple has become in the sector? By comparing itself like this, Intel illustrates how dangerous it can be. Moreover, if the difference in performance and compatibility were so favorable to Intel, wouldn’t this be immediately illustrated through the products of the two ecosystems? On the contrary, the press is almost unanimous on the prowess of Apple and the delay of the x86 PC on questions of autonomy, cooling or performance. 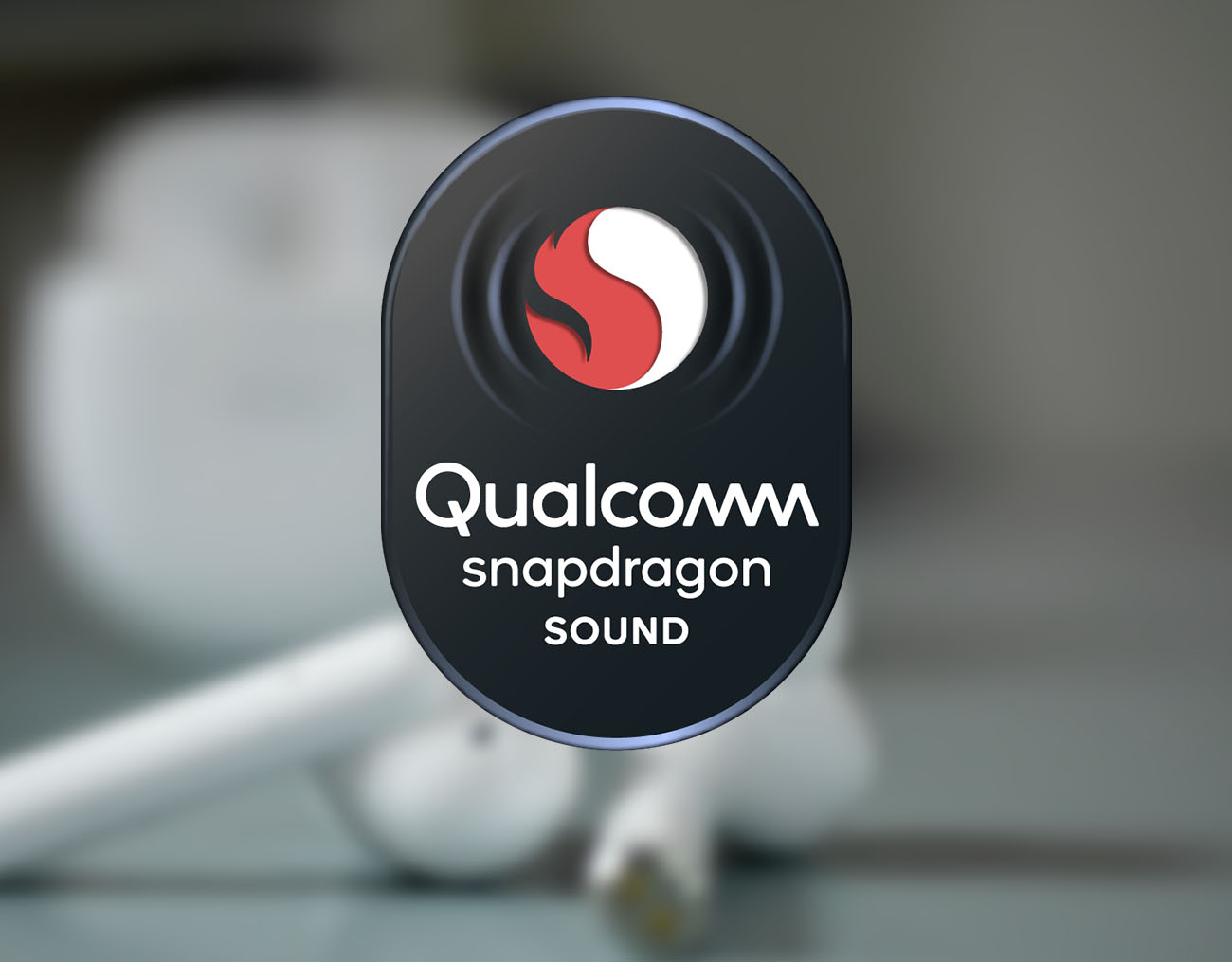