iOS 14.5 will offer a battery recalibration tool … but only to users who need it on their iPhone. A novelty for the moment accessible only to developers and on the iPhone 11. 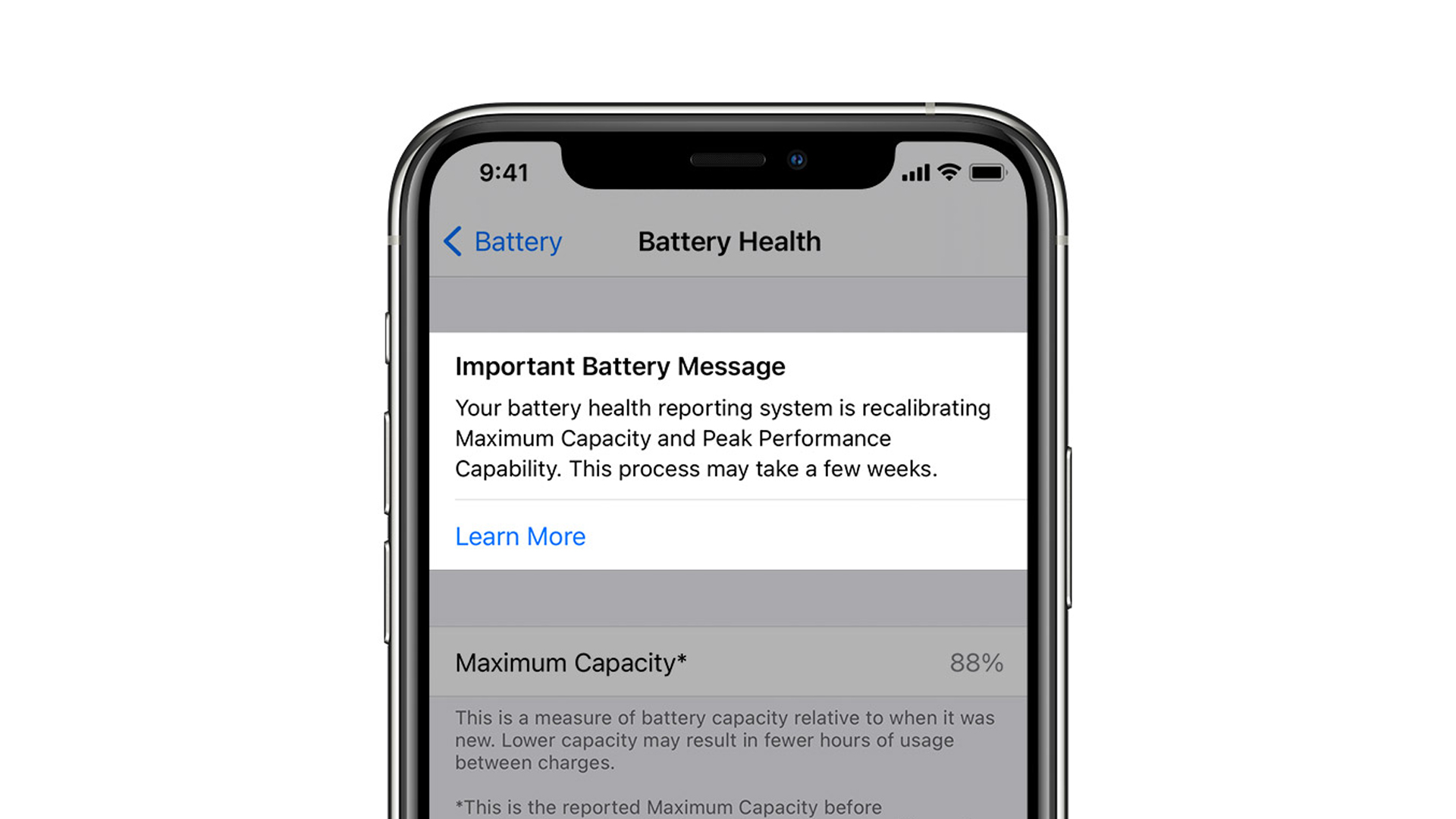 Apple to roll out battery recalibrate utility with iOS 14.5 // Gamesdone: Apple via 9to5Mac

Apple wants to do your iPhone battery good, but only when it’s needed. With iOS 14.5, currently in beta for developers, the firm plans to add several features to its smartphones. The latest one to be softly implemented is none other than a battery recalibration tool that will dynamically display if your device’s battery behaves unusually.

Discovered by the specialized site 9to5Mac, this new feature is present in the code of the next version of iOS. And surprise, this portion contains a link to a support page already posted by Apple. Perfect for discovering a little more.

A feature designed to operate over the long term

In the description of this new function, Apple explains that the recalibration tool, expected ” later in the spring “, Will allow in particular” recalibrate maximum battery capacity and maximum performance capacity (…) for correct inaccurate battery status reports estimates for some users “. Important clarification, Apple notes that this novelty would, at least initially, only compatible with the iPhone 11, 11 Pro and 11 Pro Max.

Through this tool, Apple seeks to correct “ unexpected battery drain behaviors or, in a small number of cases, reduced peak performance “. A concern that would actually be linked to the way in which iOS estimates the state of the battery. ” This battery condition report does not necessarily reflect an issue with the actual battery condition. “, Reassures the brand. As for how this tool works, Apple explains that the recalibration will take place over a period of several weeks, during regular recharge cycles. Once completed, this process will allow iOS to update the battery and health related values ​​in the settings.

In the event of persistent problems, Apple nevertheless recommends making an appointment with an authorized service provider to replace the battery free of charge.

As a reminder, iOS 14.5 must at the same time bring new voices for Siri, but also allow the unlocking of the iPhone using the Apple Watch (a bit like what the Apple Watch already allows with a Mac). An update to the Music app and new Waze-inspired features for the Maps guidance app are also on the menu.