Holograms are good. Holograms visible at 360 degrees are better. With its Warpe device, which should lead to a product marketed in 2022, the Japanese Ricoh wants to go further than the volumetric display of the Looking Glass Portrait, by offering holograms visible from all angles … 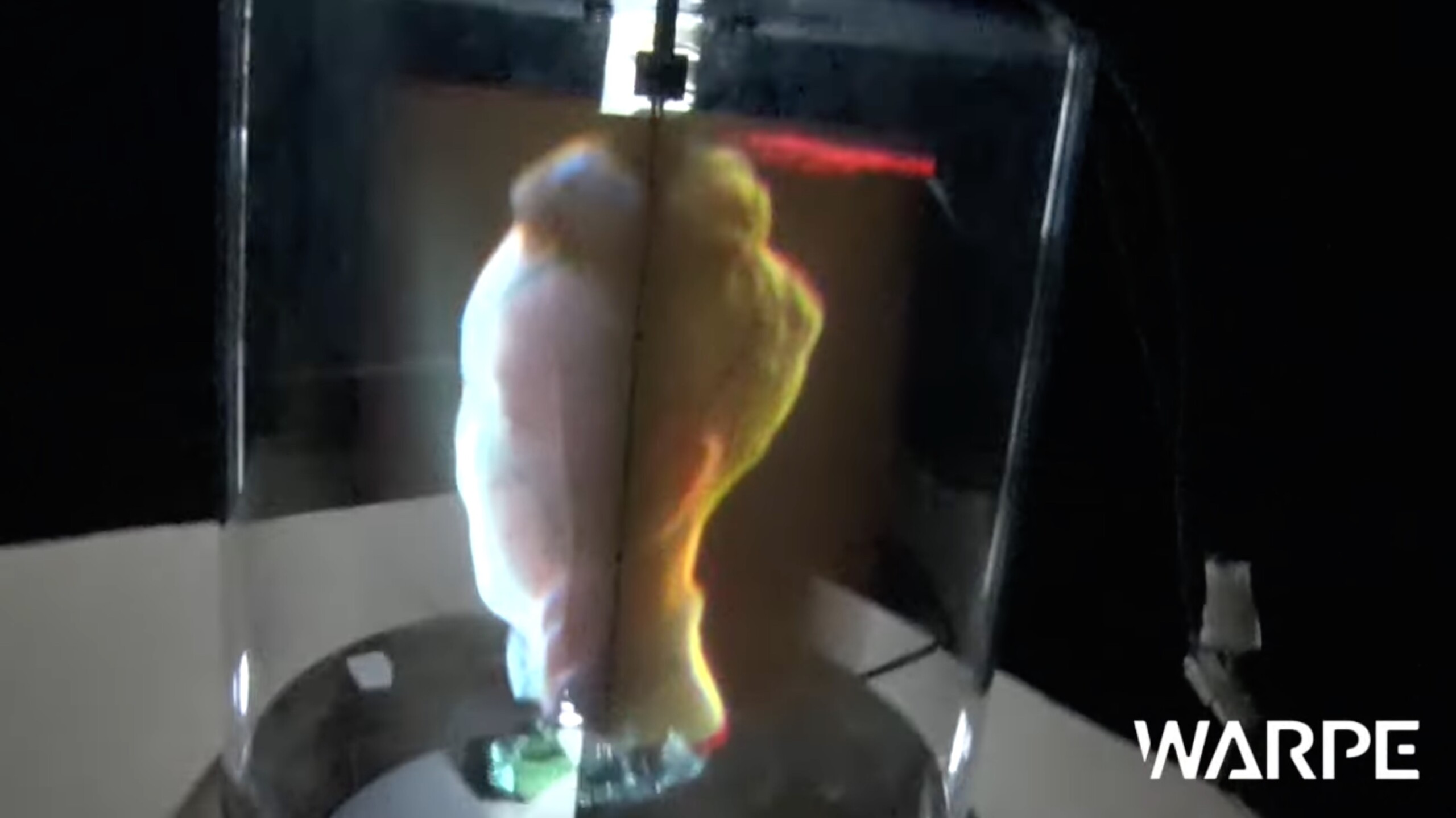 Expected from 2022, the Ricoh Warpe can display holograms visible at 360 degrees // Gamesdone: Ricoh via YouTube

More ambitious than the Looking Glass Portrait, the Ricoh Warpe comes a little closer to the Spatial Reality Display launched by Sony in November to display a hologram visible from all angles, at 360 degrees. Designed differently from the Sony holographic screen, the device also allows a successful display, all in 3D and without glasses. Its manufacturer, originally specializing in office equipment (printers, photocopiers, faxes, etc.), believes that its technology could be relevant for several sectors: such as architecture, education, business displays or advertising. , the connected home or entertainment.

Technology based on a rotating screen

In one communicated published on March 8, in Japanese, Ricoh says a little more about the holographic technology used. The manufacturer explains projecting the light upwards from the base of his device. It is by reflecting on a rapidly rotating 360-degree screen that the hologram comes to life. Finally, the brand indicates that these stereoscopic contents can be displayed in color and that the projected holograms can reach up to 17.7 cm in diameter for a little more than 25 cm in height … or more or less the dimensions of a human head, Ricoh notes.

The Japanese manufacturer explains that its Warpe project is still in the development phase and that it will remain so throughout 2021, for a more successful launch next year. In the meantime, the firm wishes to offer its product to partners in the form of early access and explore ” market opportunities », rapporte Next Reality News.

In one form or another, holograms are useful, especially in the business or engineering world (for example), for displaying elements in 3D without the need for wearables, like augmented reality headsets.