Microsoft is testing a new interface for the Windows 10 Battery menu to allow better control and monitoring of the energy consumed by your laptop PC. 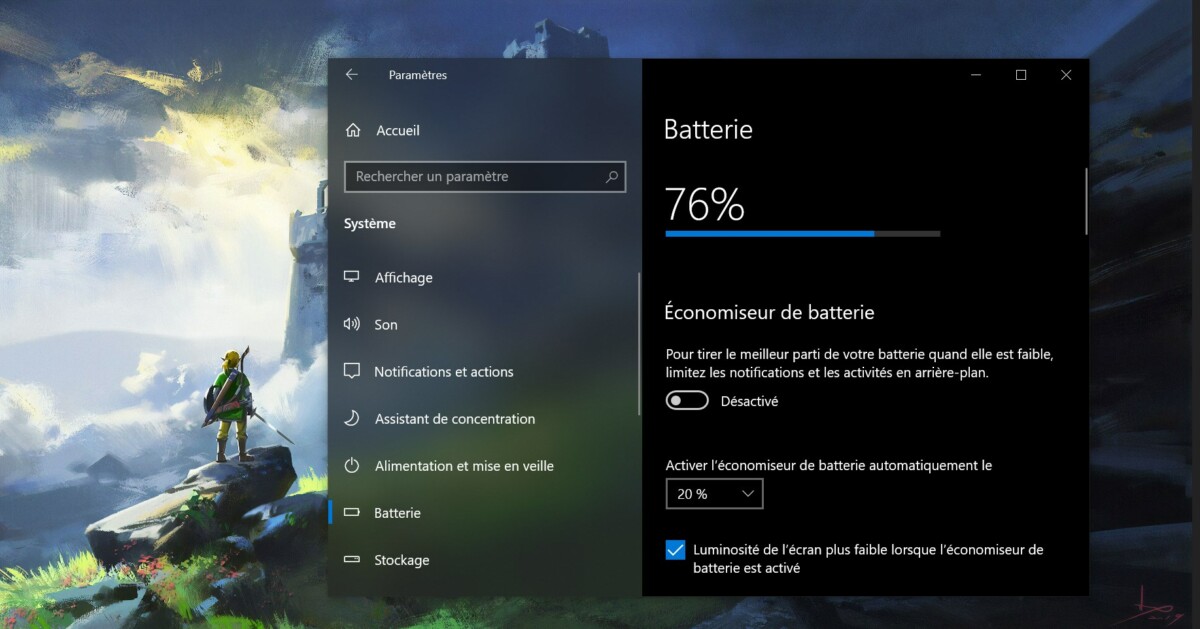 Windows 10 regularly benefits from updates rolled out by Microsoft to improve the user experience. Sometimes that means big changes. Other times, it’s more of a welcome tweak.

The novelty that interests us today concerns laptops. It should appeal to people who often keep tabs on their energy consumption. The Albacore surfer on Twitter has indeed discovered a function hidden in the latest Insider Preview. By activating it, he was able to take advantage of a new interface in the Battery menu.

Windows 10 gets down to battery graphics

The menu in question indeed displays graphics allowing the user to better see how the battery of his laptop is being used. In the screenshots appear two bar charts showing respectively the energy level over the hours and the battery usage over the last seven days.

This is reminiscent of the graphics that have long been found on smartphones and which allow everyone to more precisely assess the autonomy of their device according to the use made of it.

To discover this reworked interface, you will have to join the Windows 10 Insider program or wait until it is deployed on a stable version of the operating system.

Merging of the Battery and Power menus

On the same subject, Albacore also highlights proof that Microsoft would like to merge the Battery and Power menus.

There are plans to merge the Power & battery pages but as of now it pretty much doesn’t work pic.twitter.com/uzZGLfPpSJ

He specifies, however, that this new menu does not yet work, but he shares a screenshot to support his point. We can clearly see the words “Power & battery” at the top of the open window.

Have you just received a new computer and want to install Windows 10 on it? Or you want to do a new clean install of the operating system to start from scratch. Here are our tips for downloading and installing …
Read more