Microsoft launched the deployment of Windows 10 20H2 with the October 2020 update. This minor update brings some rather interesting new features. 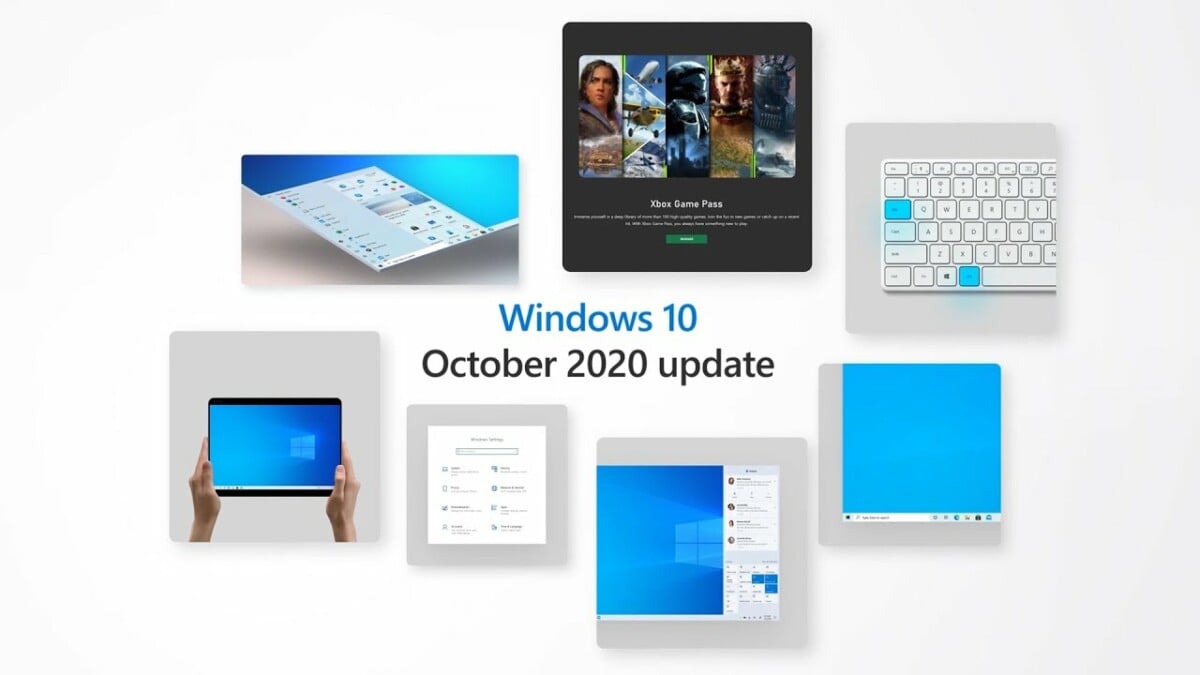 Since its release in 2015, more than 5 years ago, Windows 10 has undergone many updates to improve its appearance, ergonomics and functionality. With a now mature system, Microsoft has decided to change its development strategy to slow it down. The development teams understood that two major updates per year was too difficult a pace to be sustainable in the long term. From now on, the firm develops only one major update per year, then a minor update with fixes and fewer new features.

What’s new in the update

It is with this update that Microsoft officially generalizes the new start menu.

Its appearance is now adapted to the chosen light theme or dark theme. For this, the accent color of the tiles and shortcuts has disappeared, replaced by a solid and neutral background. It is now the application icons that carry the colors that make it possible to recognize and differentiate the software at a glance.

The Alt + tab keyboard shortcut is one of the most famous in Windows. It allows you to quickly switch from one application to another. Problem, this menu is less useful as the browser becomes more important. Today, music, video, or even video game playback can take place entirely in the web browser and not in dedicated applications. 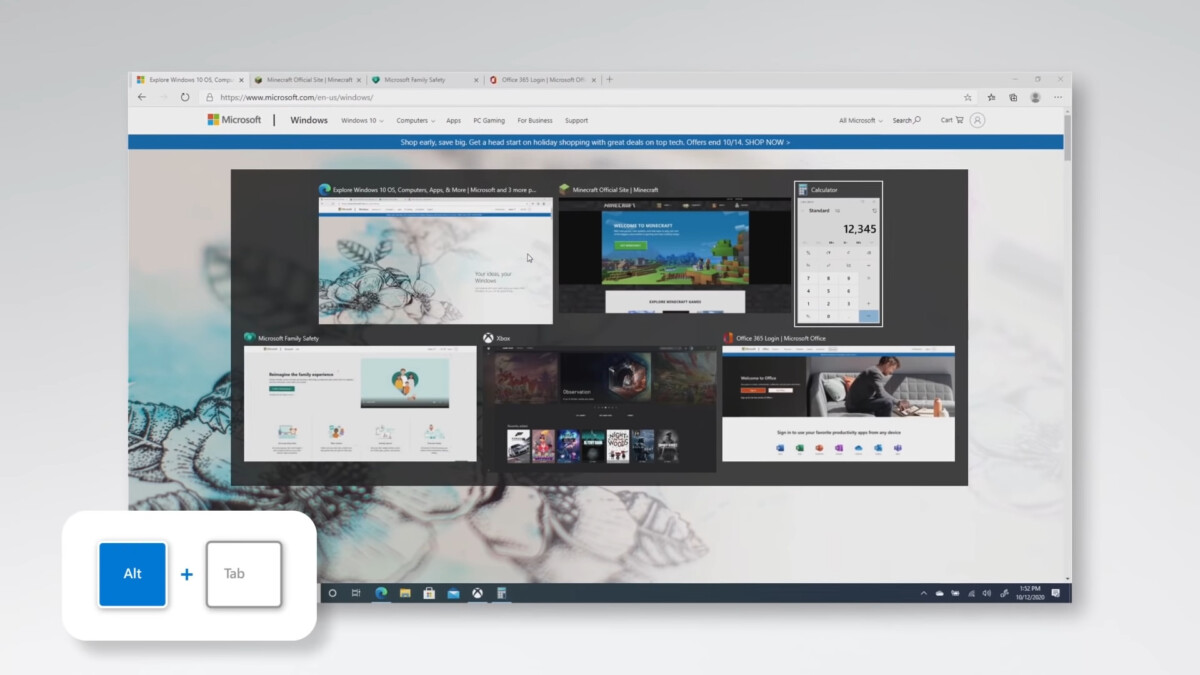 Microsoft had a simple idea to fix the problem. Allow Microsoft Edge to display each of its tabs in the alt + tab menu. Thus, we can easily switch from one tab to another or from one application to another with a single keyboard shortcut. However, that might not be good news if you’re used to having dozens of tabs open at the same time. Microsoft has therefore added an option in the settings of Windows 10 to activate or not this function.

Simplified management of 120 or 144 Hz screens

It is with the October update that Microsoft has introduced a new option in Windows 10 settings to easily adjust the screen refresh rate. A build recently reserved for Insiders incorporated this novelty. Until now, it was necessary to get lost in the advanced settings of Windows 10 and discover windows developed for versions of Windows that are more than 10 years old. 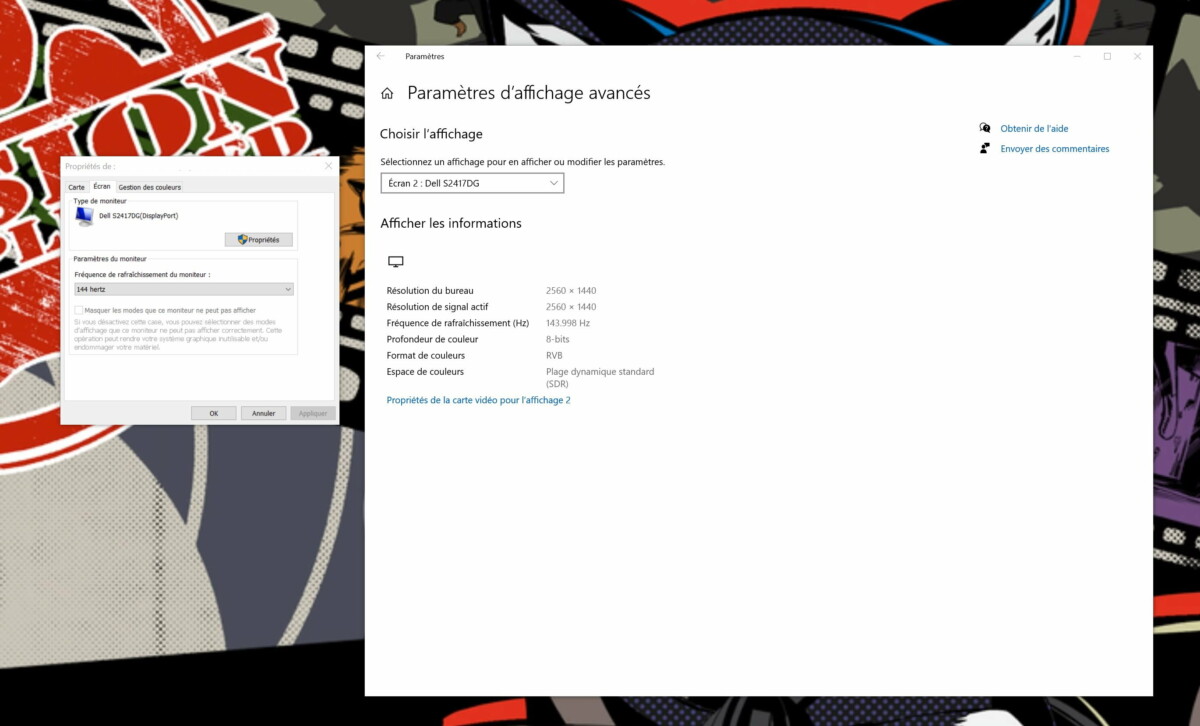 The current path is tedious

Update after update, Microsoft is modernizing Windows 10 settings to reduce the need to access these kinds of windows. The rise in popularity of high-frequency screens, especially on mobile phones, may have prompted the firm to modify this parameter as a priority.

One of the new features of Windows 10 was to integrate a tablet mode in addition to the desktop mode, allowing to better adapt to 2-in-1 machines like the Surface Pro. If you have this kind of device, you know that Windows 10 asks you whether or not to switch to tablet mode when you unplug the keyboard. 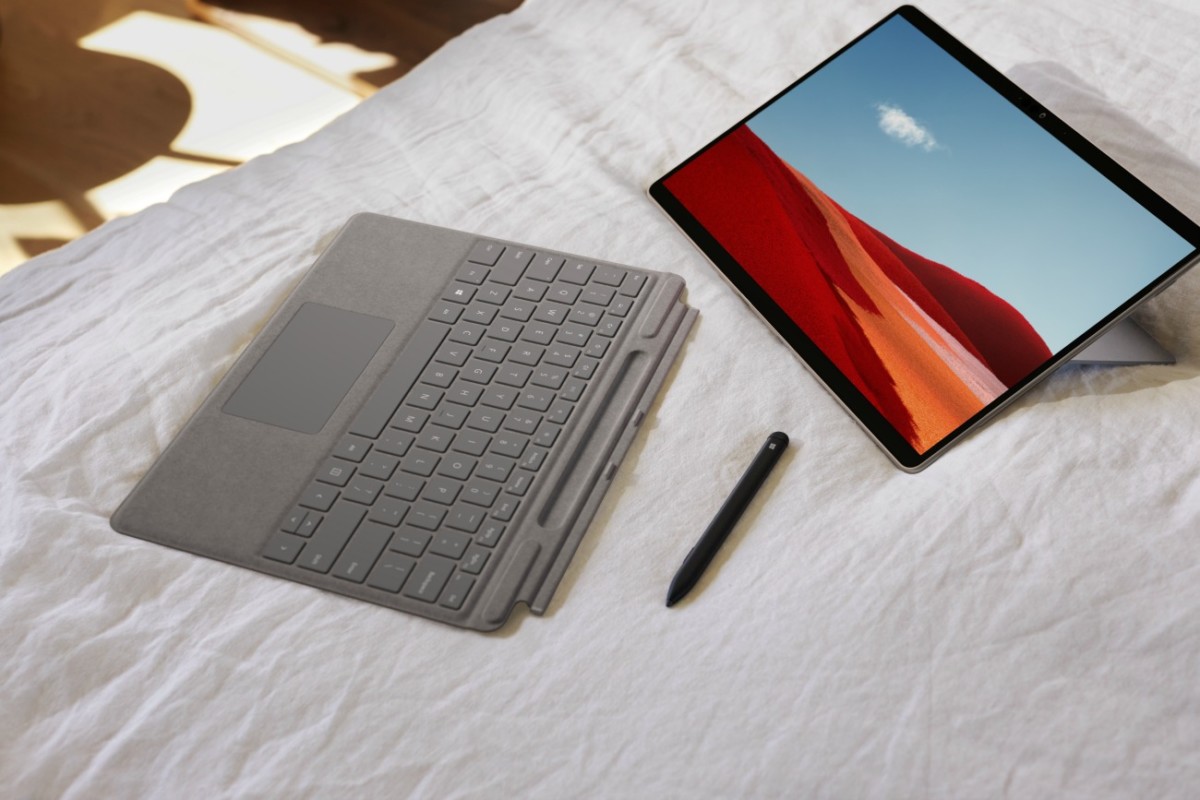 From now on, the change will be done automatically and without notification. It will also be much more subtle. Rather than switching to tablet mode, Windows 10 will improve the desktop mode experience to make it more suitable for tablets with larger icons, a simplified taskbar, or a slightly modified file explorer.

The October 2020 update is also a new version of Windows 10 that will be installed natively on some machines. Microsoft has reviewed how the system works at first launch.

With this version, the taskbar will change according to your settings during the initialization phase. For example, if you’ve signed in your Xbox account, the Xbox Game Pass app will be pinned to the taskbar by default.

The rollout of the October update will be very gradual in the coming months. To have access to it, you must at least have Windows 10 1903 (the version of early 2019) and that Windows does not detect any points blocking compatibility. If this is the case, the machine will have access to the update later, when Microsoft has corrected the possible blocking point. It could be an outdated driver, or a known bug with installed software for example.

To view your known issues with the update, please can go to the dedicated page from Microsoft.

If your PC is compatible and you don’t want to wait for natural deployment, you can launch the download of the update by going to the Windows 10 settings > update and security > Windows Update, and choose “check for updates ».

If your PC is running Windows 10 2004, with the May 2020 update therefore, downloading and installing the October update will be faster. This is because in this specific case, it is a simple cumulative update without a full system upgrade.