Stop content theft! Wikipedia has decided to step up to the plate and will make Amazon, Apple, Facebook and Google pay for the use of its content in their research tools. A fair return of things for the free project which allowed them to consolidate their services. 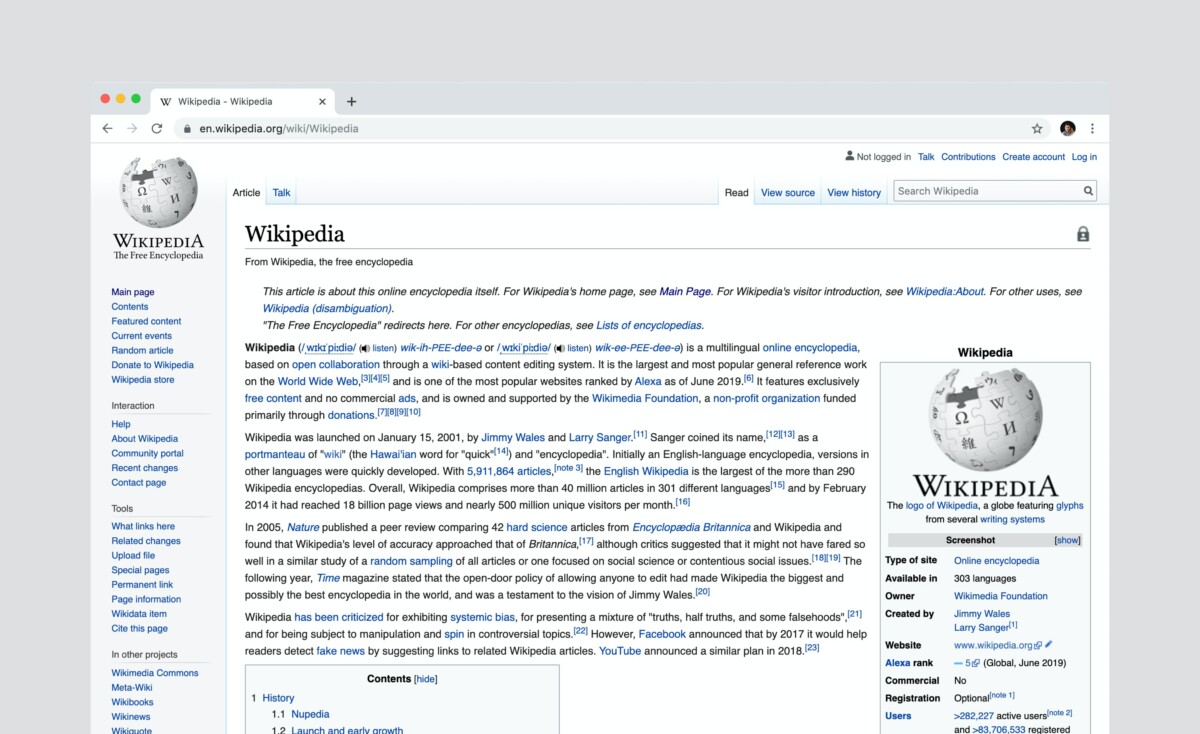 « OK Google, in which year did the battle of Marignan take place? – According to Wikipedia… ». « Alexa, what is the temperature of the sun? – Wikipedia indicates that… ”

It was bound to happen eventually. By dint of seeing its content used by the greatest number, Wikipedia sounds the revolt. Not that the fact of being one of the most consulted sites in the world, of helping millions of students and individuals – even novelists… – does not pose a problem for him. But the free online encyclopedia, which lives on donations from its users, is tired of being looted by some companies.

And first and foremost, the biggest: Apple, Amazon, Facebook or even Google.

Make the giants pay for the little ones

Wikimedia Foundation, the non-profit organization that manages Wikipedia in more than 300 languages ​​and other Wiki projects, has therefore decided to step up and hold GAFA accountable, which uses its content in particular for voice assistants and research results. Until now, this had the merit of being a two-way street: content available for some, notoriety and reliability for the other who then tacitly became a “verified” source in people’s minds.

But Google mainly has used this exchange of good practices to gain weight while Wikipedia struggles to stay afloat. According to Wired, Wikimedia has therefore created a division to begin to financially promote its encyclopedia with the “big ones”.

Wikimedia Enterprise is a new service that will negotiate the sale and delivery of Wikipedia content to Facebook, Apple, Amazon and other Google, but also any business that would like to benefit from it. Until now, these tech giants could content themselves with “sucking up” the flow of content on their platforms without going through the Foundation. And paradoxically, there are teams in these large companies dedicated to managing Wikipedia results and the best way to integrate them.

The specialized site claims that negotiations are already underway. Now all that remains is to convince the thousands of volunteer editors to share their writings. Local agreements could be concluded this summer. For the general public, don’t worry. The site will continue to be accessible free of charge. It is finally a formatting that Wikimedia Enterprise is about to put on sale, with customer service and real-time monitoring of improvements.

Free software, collaborative site for knowledge sharing, Wikipedia finds itself reviewing its principles for its economic survival. By negotiating commercially with the tenors of the sector who did not hesitate to take advantage of the concept of free admission, the organization is putting things back in order and in a certain logic. It remains to be seen how it will be able to justify selling content designed by everyone under the guise of protection and technical enhancement. Content that could still bring in billions of dollars …