If you are one of the lucky ones to own a PlayStation 5, Sony has also developed a range of televisions perfectly suited to meet the demands of this new game console. 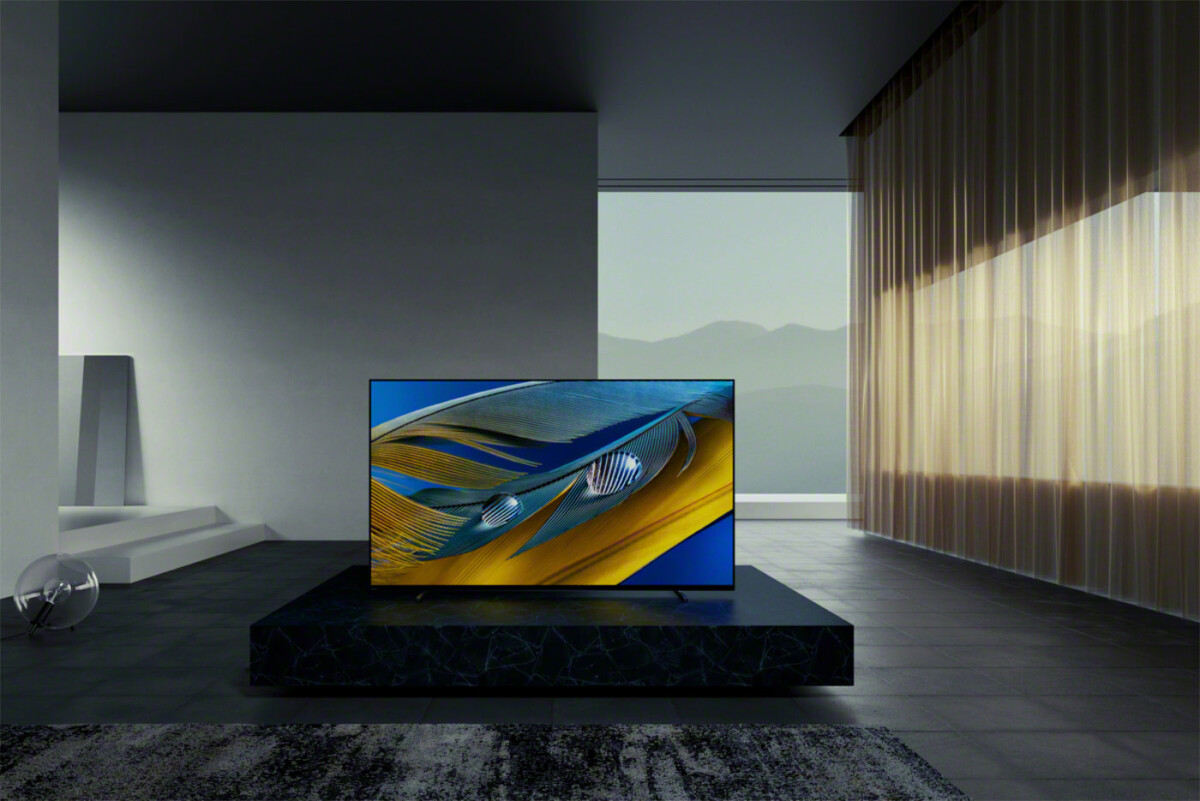 The great advantage of gaming consoles over PCs is that they allow you to play comfortably on a sofa. The advantage of a comfortable chaise longue is that you are far from the austerity of an armchair and a desk. However, to harness the full potential of new consoles like the PlayStation 5, choosing a good TV should not be overlooked. And who better than Sony to offer suitable televisions for its new home console?

With its new Bravia XR range, the Japanese manufacturer offers televisions fully capable of showing all the potential of the PlayStation 5. The Sony Bravia XR A80J is also one of the best OLED screens of the year.

Discover all the qualities of this television, and why it is particularly interesting to combine it with a PlayStation 5.

Although it is essential, the quality of the panel is not the only factor that defines whether a television is good or not. The processor is an important element to take into account, because it is he who will digitally process the image so that the rendering is as pleasant as possible. 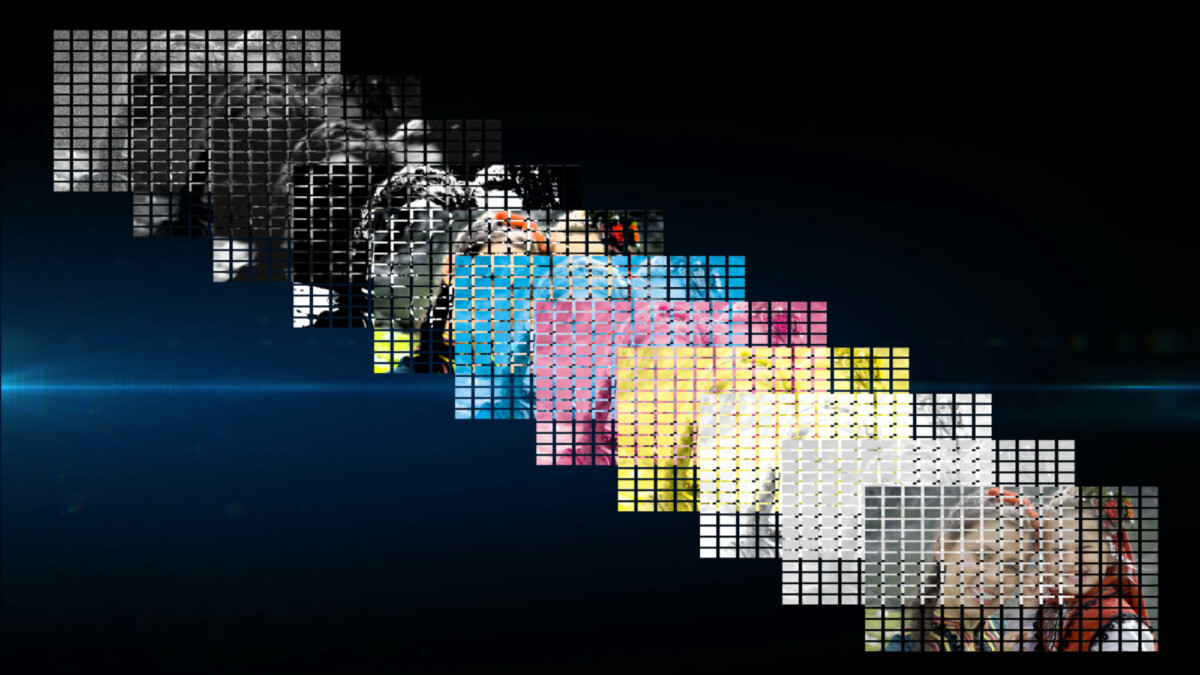 In 2021, Sony is integrating a brand new processor into these Bravia televisions: the Sony Cognitive XR Processor. Behind this convoluted name is in fact a very intelligent processor which will analyze a large number of elements on each image to improve its rendering. One of the flagship features of this new processor is its ability to identify the main subjects of an image in order to make them stand out better. In the same way as a human eye, a focus takes place in order to make these subjects sharper and more colorful and therefore to better highlight them on the screen.

This processor also supports essential features of high-end 2021 televisions, such as upscalling or motion compensation. So you can get crisp, detailed images even when in motion and coming from a definition below 4K.

Sony Bravia XR: cut to meet the requirements of the PlayStation 5

To enhance the player experience, the Sony Bravia XRs also support ALLM (Auto Low Latency Mode) and VRR (Variable Refresh Rate). Behind these terms are in fact particularly practical additions to everyday life. For example, turning on the DualSense controller will also instantly turn on the console and the TV. The latter thus automatically switches to a game mode, which will reduce the latency time and adjust certain visual parameters. This gives you a perfectly calibrated image for your PlayStation 5, all in complete transparency and without any action on your part.

A future update will also add VRR, a technology that allows the TV to adjust its refresh rate with the number of frames per second sent by the console. This is what makes it possible to avoid the phenomenon of tearing, or a tearing of the image.

Finally, the Bravia XR televisions remote control also allows you to control your PlayStation 5 without having to use your controller. This feature is very useful if you use your game console as a multimedia tool, for streaming series or launching Blu-rays for example.

Sound immersion at the rendezvous

It is particularly frustrating to enjoy excellent picture reproduction when the audio quality is not keeping up. Indeed, the sound reproduction is not to be neglected when choosing a new television set, because it is this which gives relief to the content viewed. With its new range of Sony Bravia XR televisions, Sony brings several new features that will please fans of soundscapes.

The Sony Cognitive XR Processor first offers a function ofupscalling sound, capable of transforming a stereo or 4.1 source into 5.1.2. This means that Bravia XR televisions are Dolby Atmos compatible, since they know how to manage the vertical spatialization of sound. 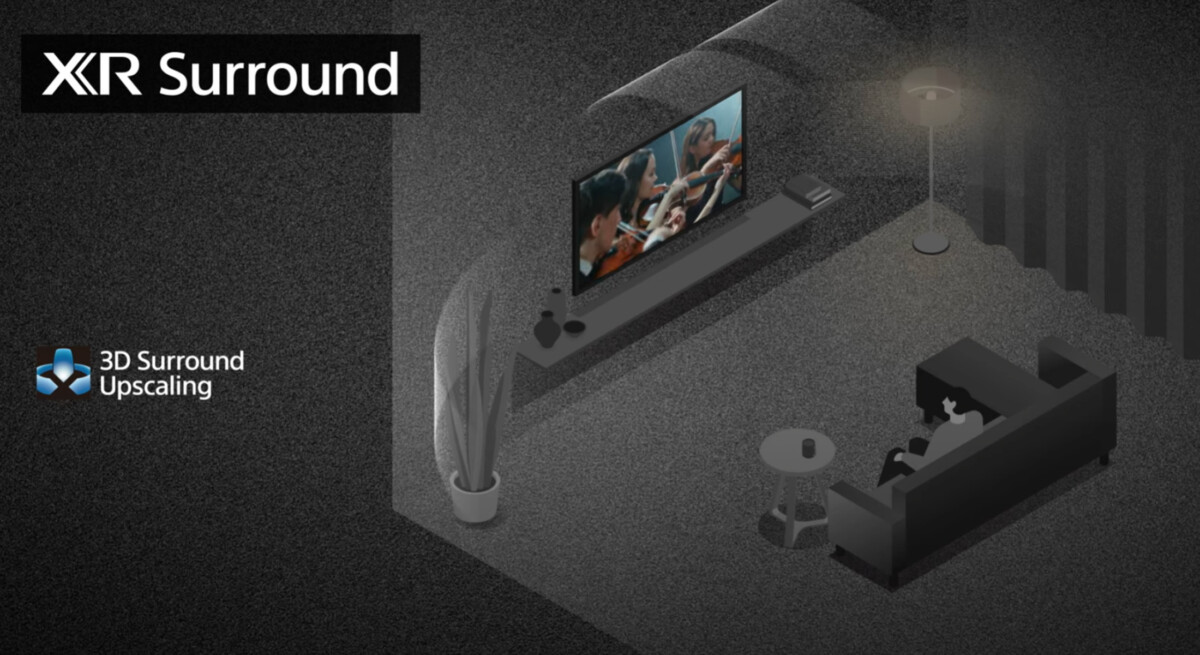 5.1.2 sound reproduction makes it possible to perceive sounds coming from above

On OLED televisions like the Sony Bravia XR A80J, it’s the glass panel that turns into a speaker. The whole slab vibrates to emit sound, which the viewer perceives directly in front of him. This leaves more room for woofers located at the rear of the television, which can thus concentrate on the reproduction of the bass. To go further, Sony has even integrated a new sound calibration system. A microphone placed in the remote control analyzes the placement of the television in the room to adapt the sound reproduction.

Thanks to their new processor, their gaming functions or their sound reproduction, the new Bravia XR televisions from Sony are totally adapted to the PlayStation 5. The Japanese firm is also offering in 2021 a wide range of televisions that meet the needs of the news. consoles:

Until July 31, Sony is offering a free PlayStation Store card worth 50 euros to use on the platform’s store. To enjoy it, you must acquire one of the televisions mentioned above and submit your request using this link. The offer is valid at merchants like the Fnac, Darty or Boulanger.