Communication from VPN providers tends to repeat itself: a VPN better protects your smartphone or computer by encrypting its connection. Of course, but in concrete terms, what does it allow? 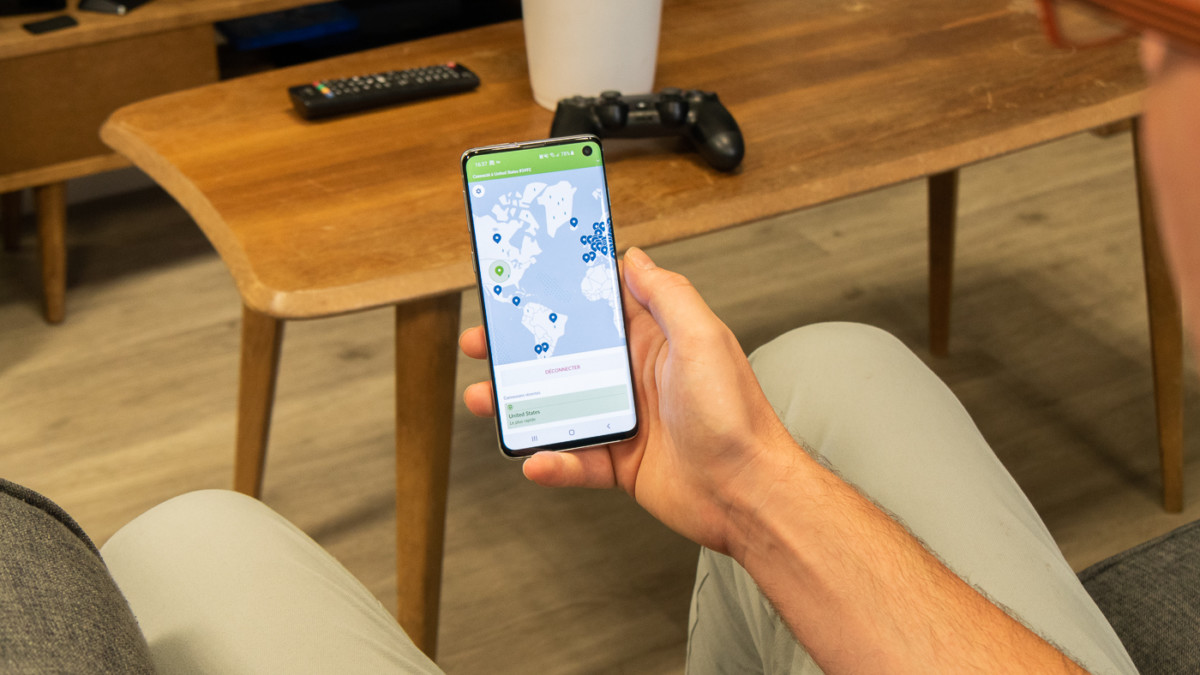 How is it really useful or practical to install a VPN on your smartphone or computer? On the eve of the holidays, and while you will surely have some time to spend some time behind your screen, here are some practical uses that a VPN allows on its various devices.

To illustrate this article, we are going to rely on NordVPN. It’s a safe bet in the VPN world. It offers everything you would expect from a premium VPN:

NordVPN is currently on sale for the holiday season. Its two-year subscription includes three additional free months. In other words, the monthly price goes from 3.15 euros to 2.8 euros with these three free months. An offer that NordVPN does not often apply on its most interesting subscription.

Bypass geoblocks: the most practical feature

The first big advantage of a VPN is that it allows you to relocate your connection to servers located all over the world. NordVPN offers for example in its various applications no less than 5500 servers in 59 different countries. This means that you can relocate your Internet connection to the Netherlands, the United States, Canada or even Japan.

The most practical aspect of offshoring is undoubtedly the ability to bypass geoblocks. By connecting to a New York server from NordVPN, your Internet connection becomes American. Then all you have to do is connect to Netflix or Amazon Prime Video to benefit from the American catalog directly on your PC or smartphone. 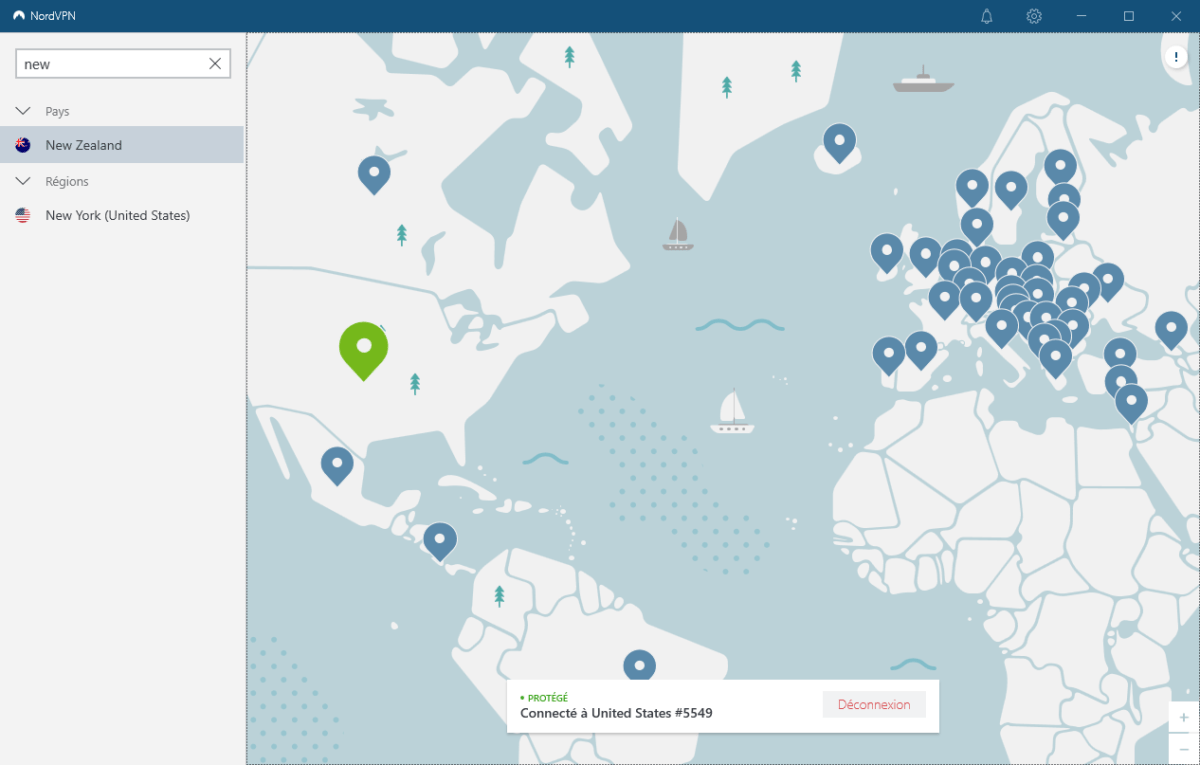 Connecting to a server on the NordVPN app is very easy through the search engine.

This is all the more practical as the connection to a server does not require having completed a computer engineering school. The NordVPN application allows you to connect to this famous New York server in one click: just type New York in the application’s search engine and click on the first result. Once the connection is established, all you have to do is launch your video application or go to the website to take advantage of its American catalog.

Encrypt your internet connection to make sure it is not monitored

A good VPN doesn’t just deport your Internet connection, it also protects it by encrypting it. This means that all data, whatever it is, entering and leaving your smartphone or computer cannot be intercepted and decrypted by a third party.

Whether it’s just browsing a website, peer-to-peer downloading, or just watching videos, your carrier can’t tell what you’re doing and a potential hacker couldn’t spy on your activity. It is for this reason that we recommend using a VPN when connecting to an open WiFi access point. 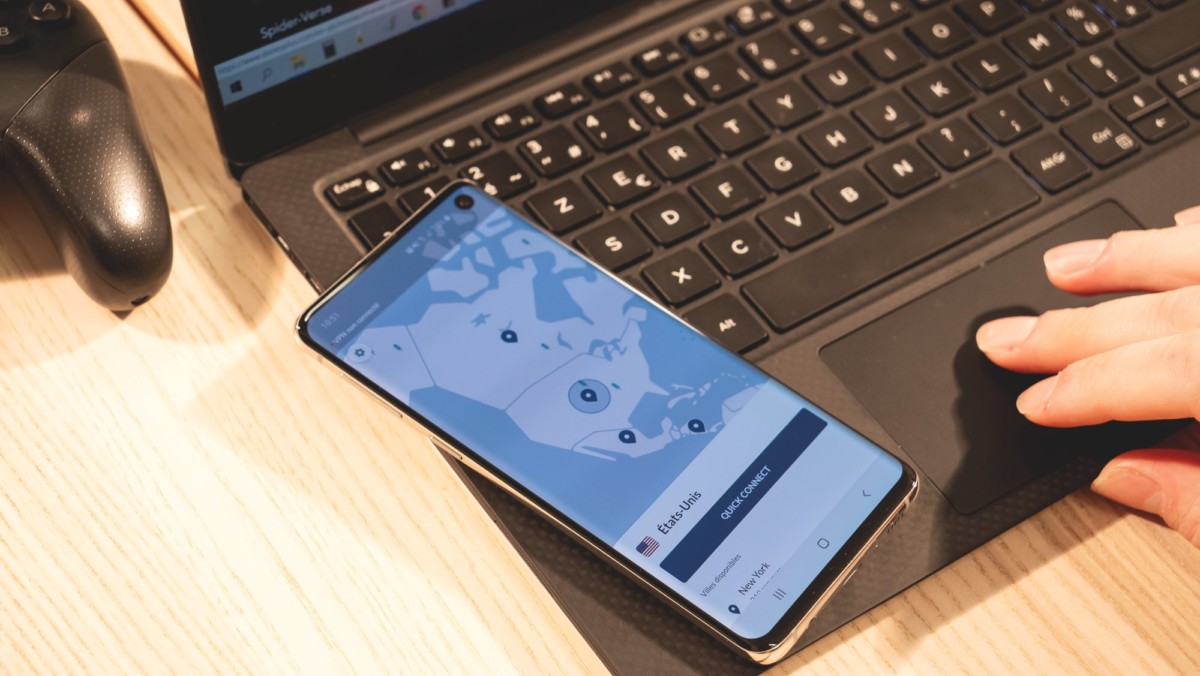 NordVPN takes the safety of its users very seriously. He recently developed his own secure connection protocol: NordLynx. Not only is this new protocol among the fastest on the market, it also fully guarantees the confidentiality of user data, since no identifiable data on the VPN server is stored.

NordVPN is also completely transparent regarding the privacy of users, by carrying out regular independent audits in order to prove that it does not keep any history or log of activities of its users.

An app that does more than just a VPN connection

Last point in favor of using a VPN: for some time, VPN apps have offered additional features, in addition to the VPN connection.

The NordVPN app thus has on computer as on smartphone of CyberSec functionality. This is a security solution that scans incoming connections to protect user browsing. CyberSec makes it possible more concretely to block websites deemed to be dangerous, to block overly intrusive ads or even – in the most extreme cases – to automatically block DDoS attacks.

Features that take advantage of the VPN connection, because this intelligent filtering is performed directly on the VPN server to which the user is connected.

NordVPN is a safe bet in the small world of VPNs. It’s a really versatile VPN, which is also good in terms of service, security, or speeds. And for the end of year celebrations, NordVPN is currently offering a promotion: the two-year subscription, at 3.15 euros per month, includes 3 additional free months.

It is a particularly advantageous subscription, because it can be used on 6 devices at the same time (nothing prevents you from sharing it with your friends or your family) and on practically all the connected devices of the moment: Android or iOS smartphone, Windows , iOS, on connected TVs (Android TV, Apple TV) as well as on Linux.

This subscription also has a trial period. You benefit from a 30-day “satisfied or refunded” guarantee. If you wish to reconsider your decision within this period, a simple email or chat with customer service (who is native French-speaking) is sufficient to be reimbursed.