In the coming years, Android TV is expected to give way to Google TV. In the meantime, Google wants to offer an update to Android TV with a new interface. 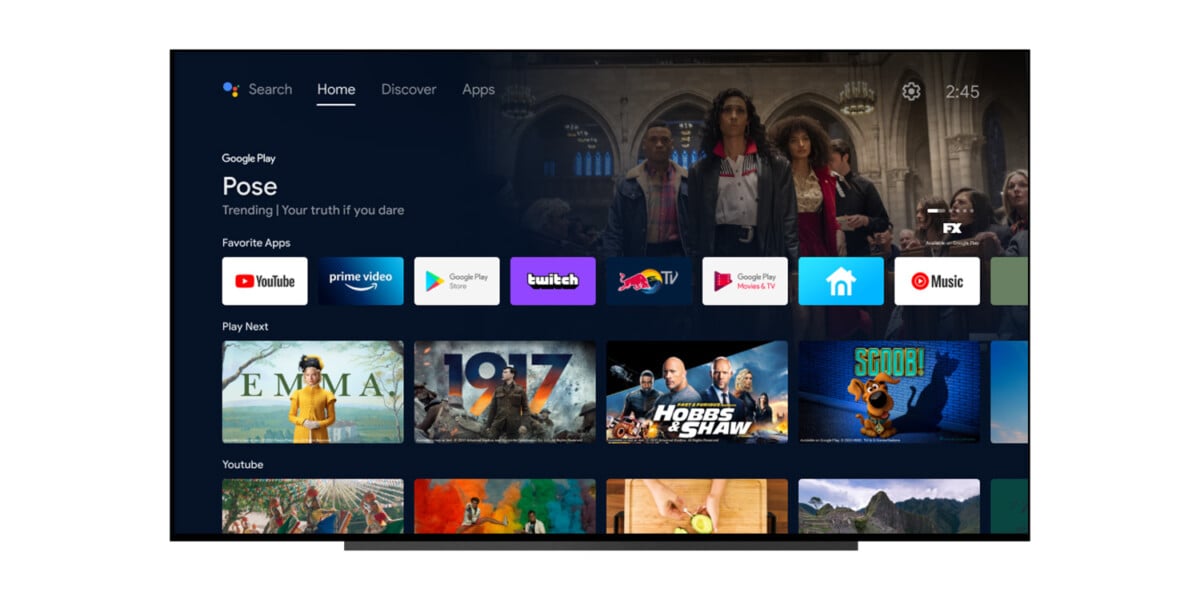 Google launched at the end of the year a new generation of Chromecast equipped for the first time with a real operating system: Google TV. Behind this name is in fact a renaming of Android TV accompanied by a new interface and new functions. This immediately raises the question of the future of Android TV as we know it today. The firm quickly confirmed that Android TV will eventually disappear in favor of Google TV. At CES 2021, several manufacturers announced their first products under Google TV, including Sony, and TCL. There remains the question of products currently in circulation under Android TV, such as the Nvidia Shield.

The firm is now providing an early response with the announcement of a major update to Android TV, bringing a new interface.

This update will not fully switch your devices to Google TV, but will bring some new features to make the transition between the two systems smoother. In particular, the interface of the home page has been completely revised to model that of Google TV. 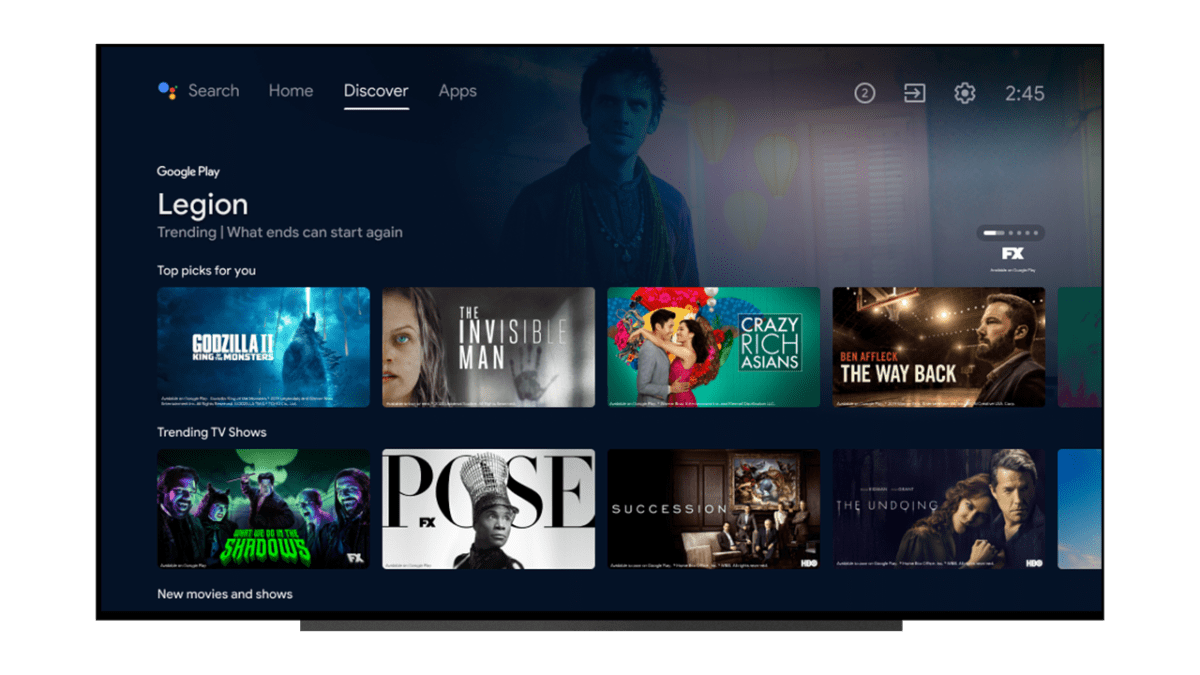 The new interface adds Google TV’s tabbed navigation system, with a “Discover” tab not unlike Google TV’s “for you” tab. This tab will showcase trending movies and series that seem relevant to your tastes, depending on the services you subscribe to.

Finally we can see an “Apps” tab which simply integrates the games and applications installed on the device, as well as a link to the Google Play Store. This is where we see that it is not an update to Google TV. The latter integrates directly the Play Store with its interface, transparently.

Deployment in a few countries including France

Google announces that this update will be deployed in the United States, France, but also in Australia, Canada and Germany. Other countries should follow unspecified. It remains to be seen whether this update will be deployed via a system update, which would require work from the manufacturers, or whether Google will succeed in offering the new interface by simply updating the application of Home.

We hope in any case that the manufacturers will play the game and quickly offer a complete update to Google TV, at least for the most recent boxes and televisions.