VR continues on its way, worn by ever more advanced helmets, but also by flagship games like Flight Simulator 2020. We have chosen the best models to get laid. 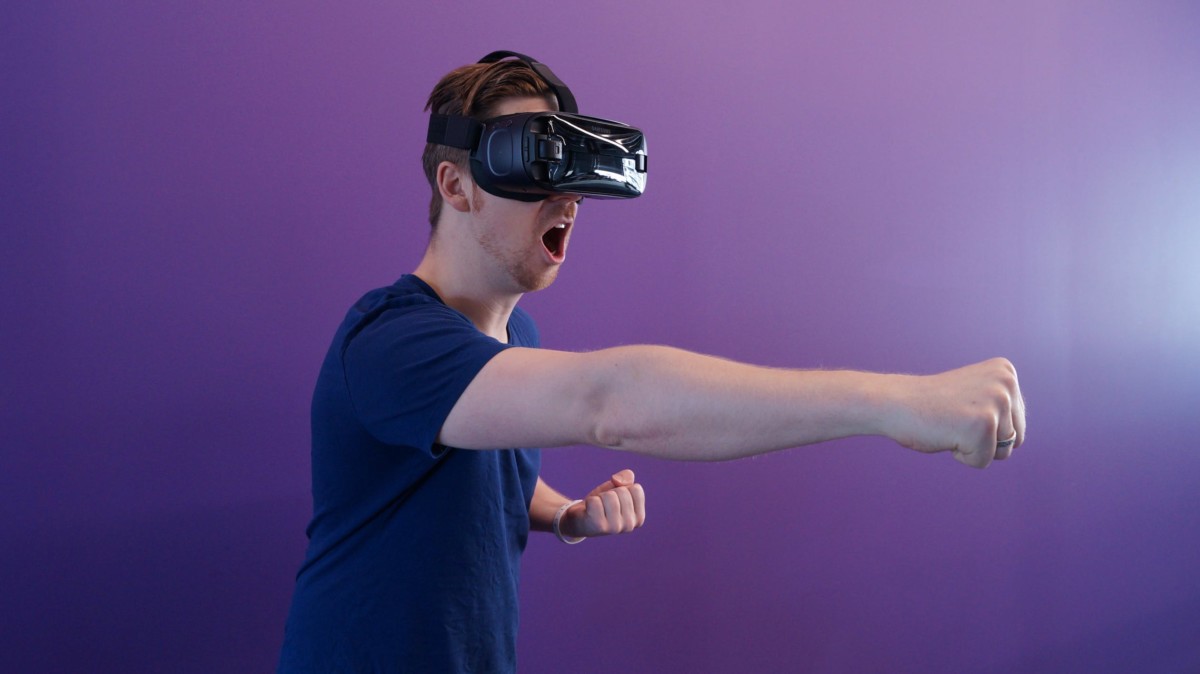 VR means Virtual Reality, in other words virtual reality in good French. Thanks to this technology, we can live an experience where our sight as our position in space are called upon. The device almost fools the brain and plunges us into a world apart where it is possible to experience a lot of things depending on the program launched. Different models of VR headsets exist, although the principle remains the same: observe in a screen through lenses. Depending on the model, the calculation is carried out either by a machine dedicated to this task, or by the machine that we carry on our head.

If the very good Half-Life: Alyx did not cause the explosion of VR expected by some, we have to admit that great progress has been made in recent times. Main responsible: autonomous headsets like the Oculus Quest 2 which greatly facilitate the use of VR. No more need for an overpowered PC or sensors to be placed in the room, everything is plug & play and the power of mobile SoCs makes more and more titles accessible.

Note that the trend for phones to insert into a headset seems to have had its day. Samsung has abandoned support for its Gear VR with the release of the Galaxy S20. A logical choice as autonomous helmets have made progress.

But if there is one title that could increase player interest in the long run, it’s the very latest Flight Simulator 2020! The baby of the Bordelais d’Asobo has recently been supporting virtual reality headsets. A hotly awaited update as flight simulators lend themselves to VR.

The developers put the package on compatibility since Windows Mixed Reality, Oculus and Steam VR headsets are supported, or almost all headsets on the market. All the models presented here (except of course the PS VR) will therefore work without any tampering. For more technical details, go to Developer FAQs (in English).

Note that if you want to play on PC a muscular machine will be mandatory. For processors, we refer you to our dedicated guide to choose the most suitable chip. On the graphics card side, the Nvidia GeForce RTX 3070 seems to be the sweet spot to enjoy the most greedy titles without suffering slowdowns.

A quick overview of the best VR headsets on the market. 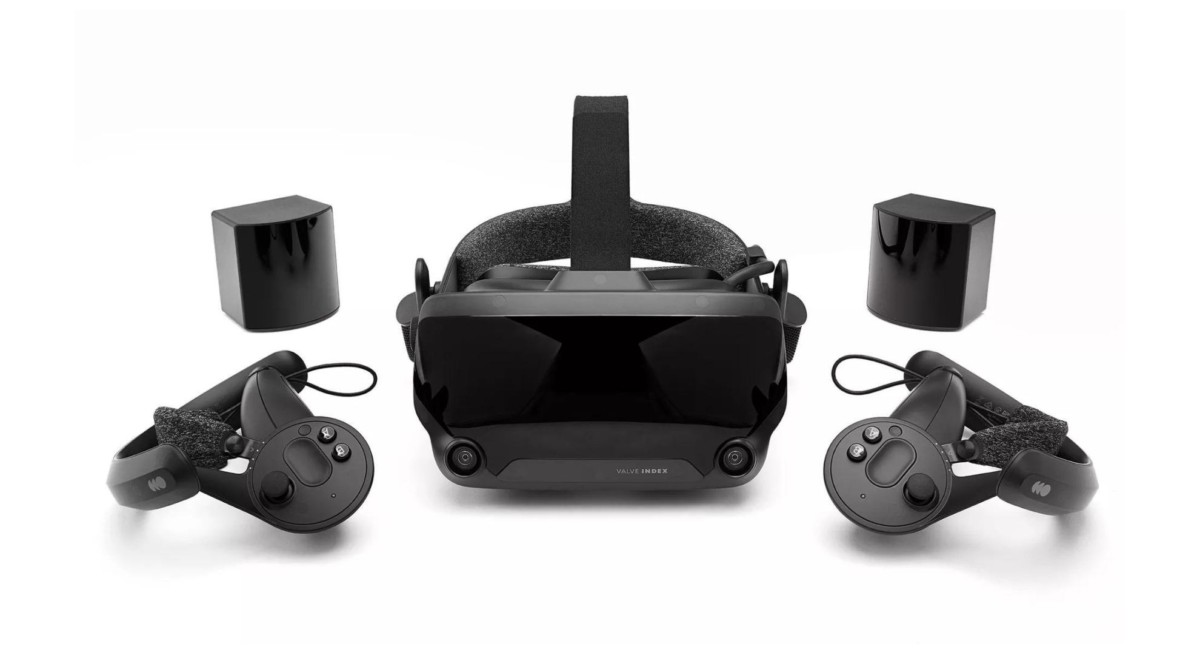 What better way to play Valve’s new game than Valve’s VR headset? It’s called Valve Index, and will obviously work with Half-Life: Alyx. Today it is one of the most premium helmets on the market. Not only for its technical sheet based on two LCD screens 1440 x 1600 (per eye, or 2880 x 1600 in total) whose refresh rate can go up to 144 Hz. But also by its comfort.

Valve has bet a lot on this point, in particular by offering a good amplitude at the level of the pupillary distance, the cranial diameter or the eye relief. The lenses are also finely worked to provide better image quality. The index is delivered with its levers – perfectly exploited by the game of Valve – and its position sensors. Obviously, all this comes at a high price since the complete kit is offered at 1079 euros. It includes the helmet, two controllers, the two position sensors AND Half-Life: Alyx.

Remember that you can also buy the headset alone and the controllers, without the sensors if you already have those from HTC delivered with the Vive. Remember that the two firms are working together on VR.

Why choose the Valve Index?

The Valve Index is available on steam at 1079 for the complete kit.

Find the Index valve on Steam

Oculus Quest 2: the hybrid that seduces

With the first Quest of the name, Oculus had offered an excellent compromise: a headset both capable of operating independently, but also able to be connected to a PC for more demanding games. It can also detect your movements without additional sensors in a space of 5 x 5m. 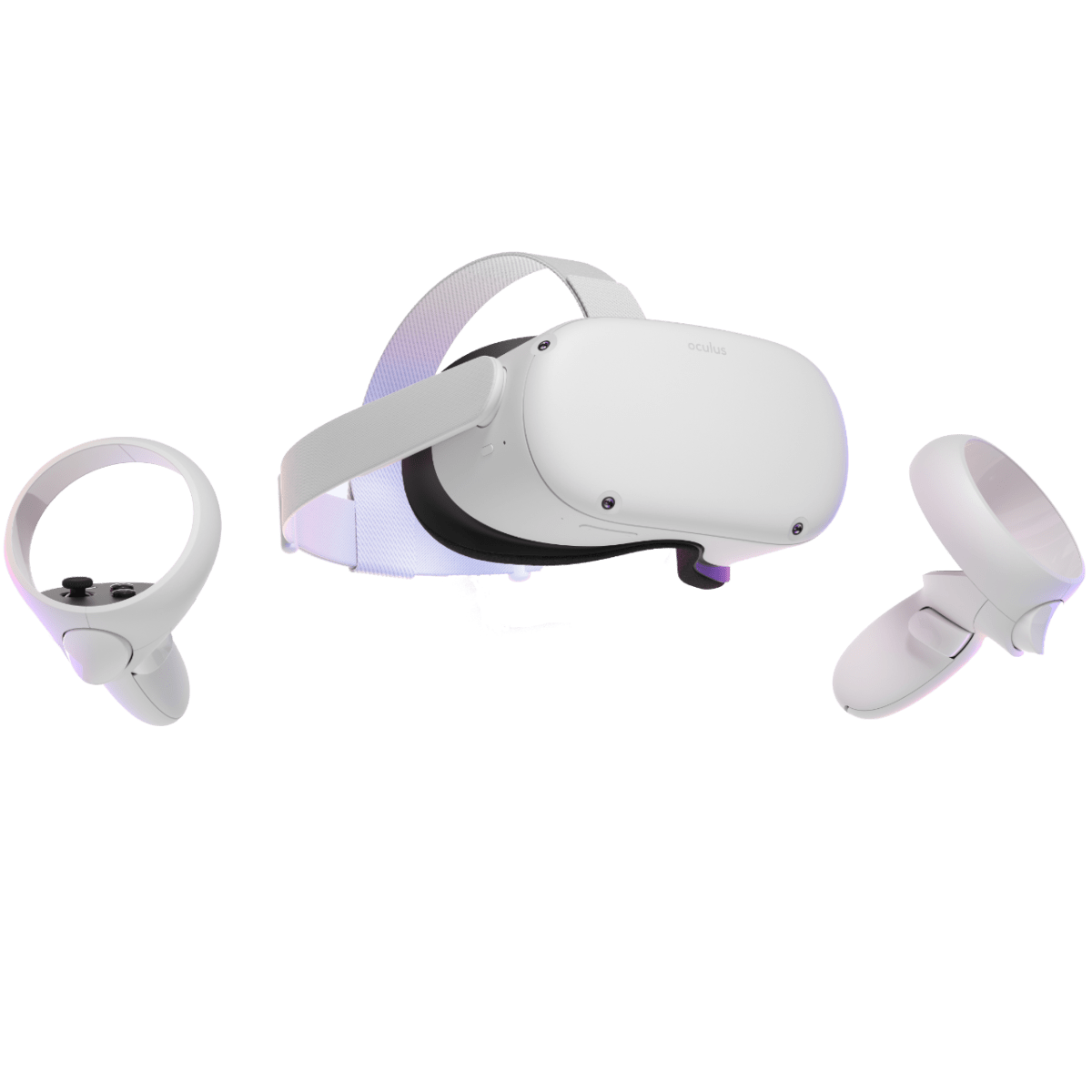 If its design hardly changes, this Quest 2 loses 80 g and thus gains significantly in comfort. We highly recommend that you invest in the “Elite Strap” headband if you want to wear it for several hours at a time.

If the slight gain in resolution is still appreciable, it is the use of an LCD panel instead of the OLED which saves in image quality. We lose in effect in contrast, but the sub pixels are more numerous. As a bonus, the refresh rate rises to 90 Hz, which limits nausea.

Under the hood we also appreciate the transition from a Snapdragon 835 to a Snapdragon XR2 (a VR version of the Snapdragon 865). All games gain in level of detail, which, coupled with the higher resolution, offers a marked improvement in graphics. The number of images per second is also much more stable, forgotten the slide sequences in some greedy titles. On the other hand, the autonomy does not move, it will take 2 to 3 hours on a charge. Controllers, on the other hand, are much more enduring, going from 10 to 30 hours on an AA battery.

But the big strength of the Quest 2 is its ability to work with a PC. To activate this mode, you will need to start by investing in a USB-C cable of at least 3 meters. Going beyond this distance will require a cable with active optical converters, much more expensive, Oculus offers a 5 m for 89 €. Once this obstacle is circumvented we are in the presence of a very good helmet, competing without worries with the Rift S of the same manufacturer.

In the end, Oculus offers the best of both worlds here, add to that a sharply lower price and you have the best quality / price ratio on the market.

Why is the Oculus Quest recommended? 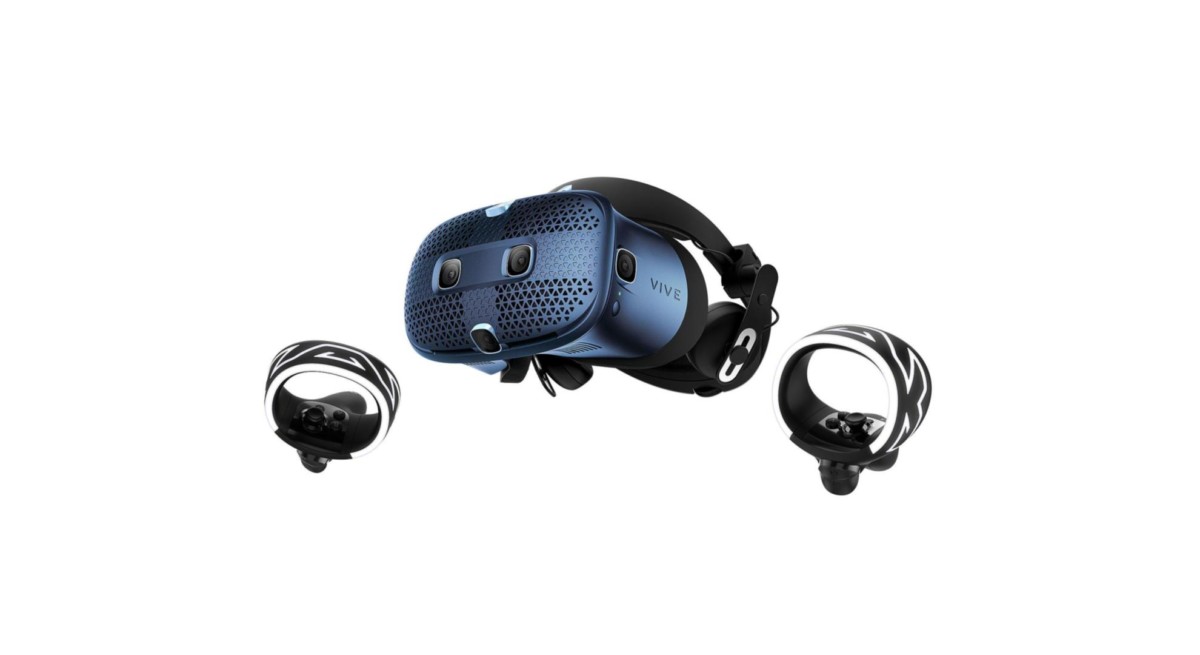 If it is not exactly the successor of the HTC Vive first of the name, the Vive Cosmos is indeed the one that replaces it. Latest creation of the firm – it was launched in October 2019 – it is now the entry-level VR headset (which connects to a PC) at HTC since the Canonical Vive is no longer officially marketed. It differs from other proposals on a very important point: it does not need additional sensors to position itself in space.

It is therefore a much more direct solution to have fun in virtual reality: you plug it into your PC, you take the controllers (delivered with the headset) and voila. Today is the solution with the best quality / price / usage constraints for Half Life: Alyx in our opinion. Its two screens each have a definition of 1440 x 1700 and with a refresh of 90 Hz.

Why choose the HTC Vive Cosmos?

The HTC Vive Cosmos, delivered with two controllers, is available at 799 euros at Boulanger. 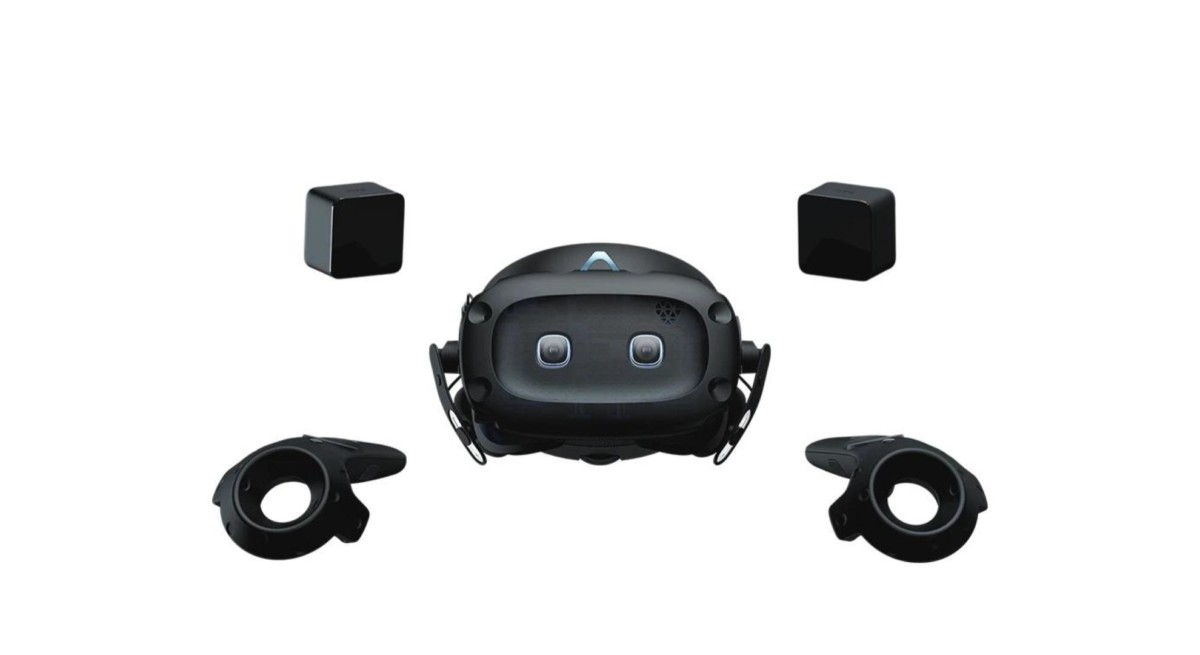 This Vive Cosmos was recently declined in “Elite” and “Play” versions. If the last, less expensive, is not yet marketed, the first is at 999 euros. The Cosmos Elite comes with two modules to be placed in the room, the same as with the Vive first of the name, two Vive controllers and finally a helmet front with laser detectors to further improve tracking. For the rest, the hardware is identical to the classic Cosmos.

Note that if it is officially marketed, its effective availability is compromised by events linked to the coronavirus. It may therefore be difficult to get hold of a copy quickly. Better to fall back on the classic Cosmos if you are in a hurry.

Unveiled at CES 2018, the HTC Vive Pro takes over from the Vive with its set of improvements. To begin with, the definition goes to 1400 x 1660 pixels for each eye, or 2880 x 1660 for both still with a refresh rate of 90 Hz and a field of view at 110 °. It also underwent a little makeover and it now incorporates Hi-res headphones. 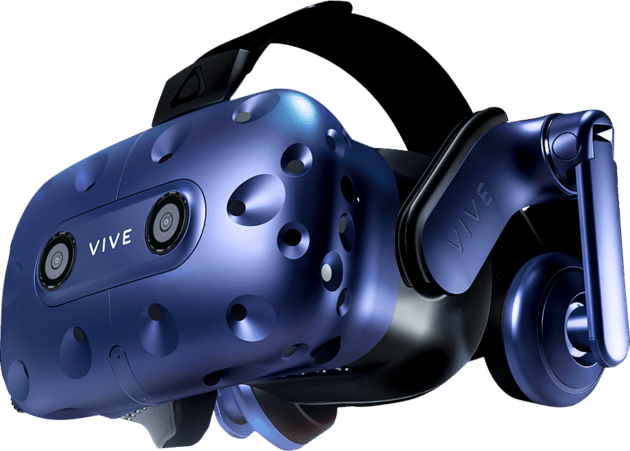 Why choose the HTC Vive Pro?

Count around 650 euros for the helmet alone, but it will be necessary to add the accessories to take full advantage of the object and the most advanced games. This will significantly increase the bill. The “Full Kit” is then available at 1199 euros. Note that it is no longer officially marketed by HTC, so it is now the end of stocks.

Side consoles, difficult to get lost: there is only the PS VR on PlayStation 4. An external box comes to provide certain functions to relieve the console and the PlayStation Camera, mandatory element, is obviously provided with. Sony’s device is less expensive, but also less efficient. However, this allows players who don’t have a state-of-the-art PC to get started in VR at a lower cost, especially since the game library is now very comprehensive.

For the happy owners of a PS5, the headset and the games are still compatible! However, you will need to request an adapter from Sony free of charge in order to connect the camera. Be careful though: if the support of the old accessories is guaranteed, the Japanese do not seem to continue on the way of VR for their new console.

Do not hesitate to look at our test for more details.

Why do we recommend PS VR?

The PlayStation VR, which comes with the V2 camera and a game, is available at 299 euros on Boulanger.