At the beginning of 2020, Sony completely rethought its way of making smartphones: the “Ultra” and “Compact” models are simply abandoned and the various ranges are greatly simplified. Something to see more clearly. 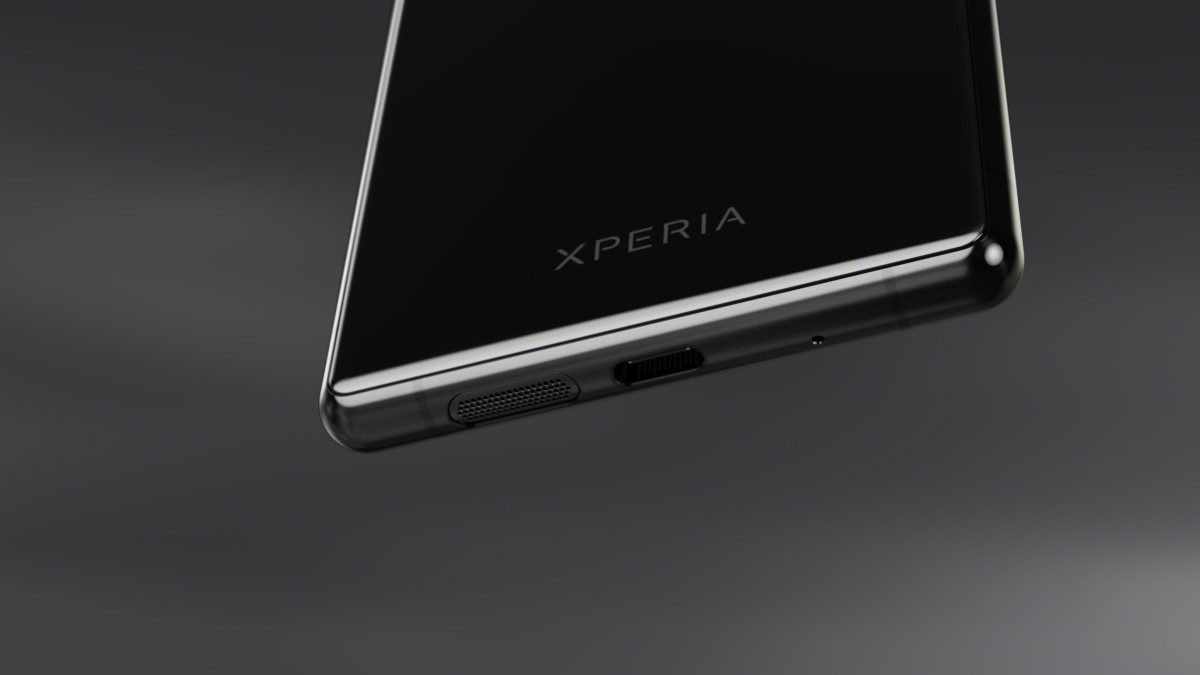 There was a time when Sony was a major player in mobile telephony. The firm is no longer on the rise and struggles to relaunch, to the point that each year, Sony is expected to end its smartphone business. In 2021, this is still not the case. We therefore continue to list the best terminals of the brand, which despite everything has some arguments to make.

Sony first used numbers and letters to designate its smartphones: Xperia M, L, X, XA, Z or XZ. The ranges are now rationalized, and we now have fewer letters for a little more clarity with an Xperia 1 at the top, then a 5, then a 10, then… an L at the entry level.

What are the references that can be recommended in 2021? This is the question we will answer in this guide.

For a more global view of the market, you can refer to our guide to buying the best smartphones.

Unveiled on the occasion of MWC 2020 – canceled by the coronavirus – last February, the Sony Xperia 1 II is finally a reality. It roughly resumes the design of the old model with borders at the top and bottom, surrounding a 6.5-inch 4K OLED display. The 21: 9 ratio is obviously still in the game. If this necessarily extends the phone, it is above all the promise to devour its video content optimally on a smartphone. 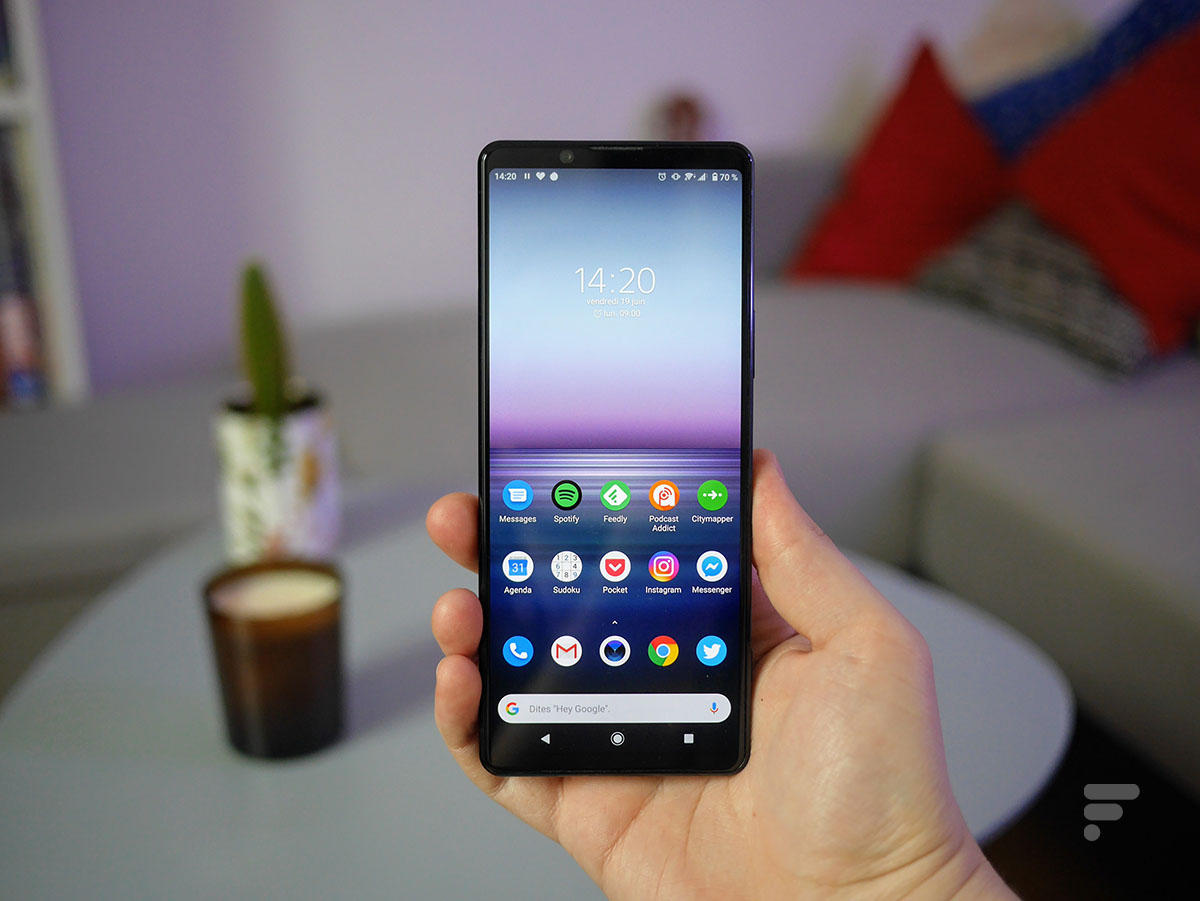 Model premium requires, it embeds the most luxurious Qualcomm chip of 2020, namely the 5G compatible Snapdragon 865, accompanied by 8 GB of RAM. It’s less impressive than in the photo, we find almost the same triple 12-megapixel sensor from the Xperia 1, but the competition is once again doing much better in this price bracket. The main camera is good, but the other two (the ultra wide-angle and the telephoto) suffer from too big gaps after dark. In addition, Sony puts forward a “Pro” mode via two applications, called Photo Pro and Cinema Pro, far too complicated to use for the general public. Too bad, especially when you know that some algorithms are doing real magic in 2020.

However, it intends to do better than its predecessor in terms of autonomy thanks to the integration of a 4000 mAh battery (against 3300 mAh previously). Allow more than a day of use. Not to mention that the Xperia 1 II is also compatible with fast charging up to 18W, as well as wireless charging.

To learn more, do not hesitate to consult our full review of the Sony Xperia 1 II.

Sony Xperia 5 II: in between

To bridge the gap between the premium and the high-end, Sony offers the Xperia 5 II. The main difference between the latter and the Xperia 1 II is the presence of a Full HD + OLED screen rather than 4K, but still in 21: 9 “cinema” format, and on a diagonal of 6.1 inches. It also gains a refresh rate of 120 Hz. 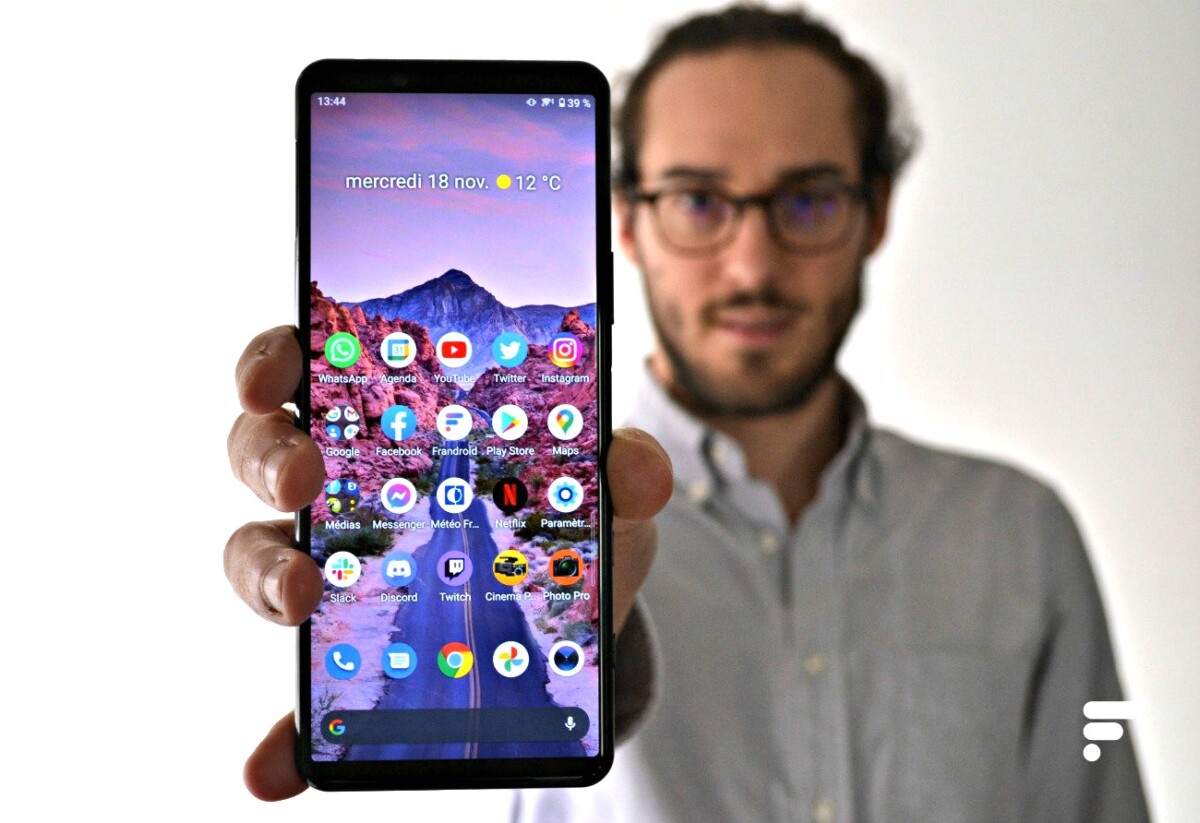 You will also find a triple photo sensor: wide-angle, main and telephoto all three of 12 Mpx. The photo results are honest, but not amazing. The lack of software night mode turns out to be a real weakness. It is powered by the powerful Snapdragon 865, so you will be able to fully enjoy on-screen games in this special format. It will also be perfectly suited to watching movies of course.

Weak point of its predecessor, autonomy is here revised upwards thanks to a 4000 mAh battery. We take a day and a half with 120 Hz activated.

Although pleasant to use, the Xperia 5 II suffers from some weaknesses on the photo side, its recently declining price, however, makes them easier to digest.

You can find all the details in our full review of the Xperia 5 II.

Sony declines its 21: 9 aspect ratio (used in cinema) even on its more affordable smartphones. Unsurprisingly, the Xperia 10 II benefits from it, but in a particularly compact format compared to other models of the Japanese manufacturer. Its OLED panel (displaying a definition of 2,520 x 1,080 pixels) offers only a diagonal of 6 inches only, which is very pleasant in the hand. 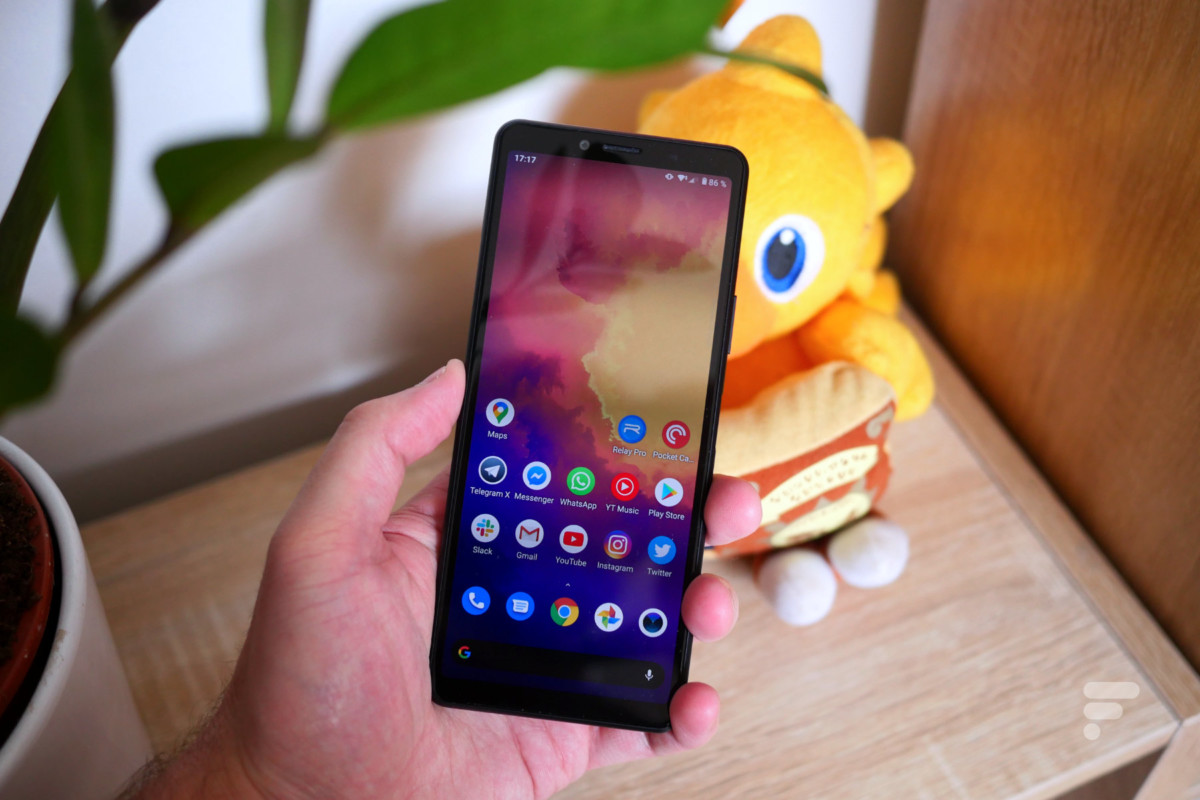 It is then powered by a Snapdragon 665 supported by 4 GB of RAM. This configuration is no longer very young since it equipped many smartphones before it, such as the Redmi Note 8 or the Realme 5 (two smartphones of the year 2019 at a low price). That being said, this is more than enough to enjoy a smooth user experience on a daily basis, with even the possibility of running some 3D games.

While the old Xperia 10 Plus model only offered a dual sensor for the photo, this Xperia 10 II outbid with a triple sensor, of the following composition: 12 + 8 + 8 megapixels. Unfortunately, despite the “improvements”, the camera of this smartphone is disappointing, even in broad daylight. However, it makes up for it with excellent autonomy thanks to its 3,600 mAh battery. It doesn’t seem like much on paper, but in fact it easily lasts 2 days.

If you want more details, feel free to check out our full review of the Xperia 10 II.