Apple has just presented its first wireless headphones under its own brand: the AirPods Max. Is it a real competitor to the Sony WH-1000xM4 and which one to choose? 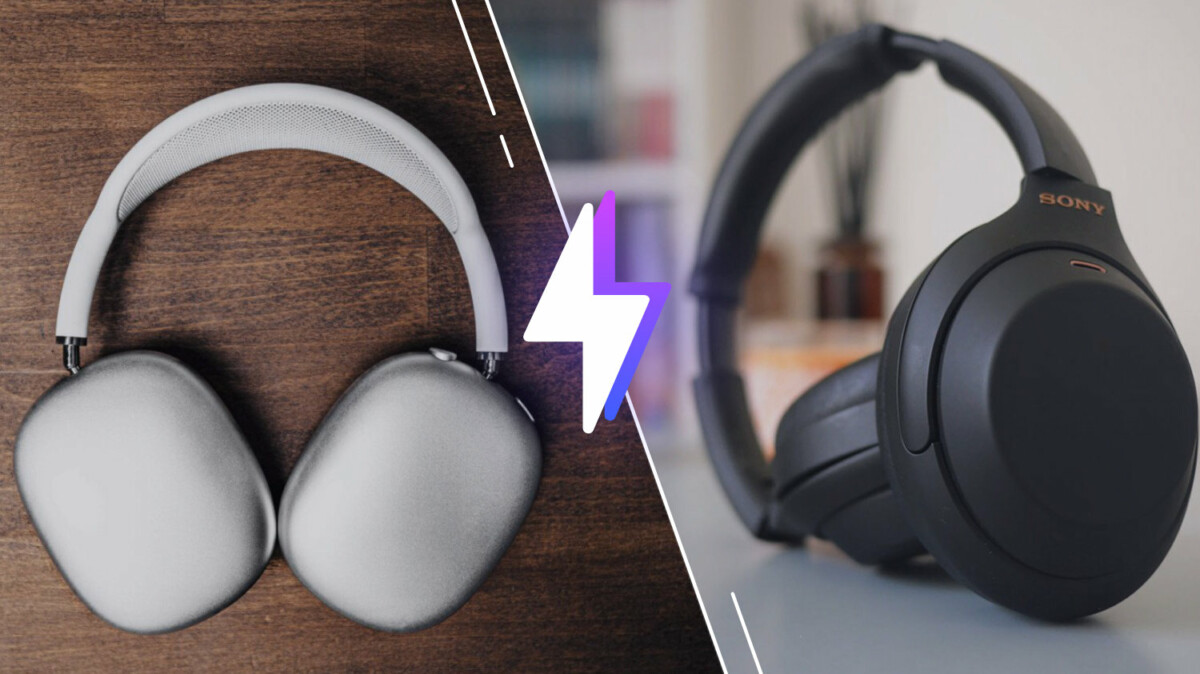 After wireless headphones, Apple is tackling – under its own name – the wireless headset segment with the AirPods Max. It therefore comes into competition with the references already available from Bose and Sony … but at double their price. Is the difference justified? Which one should you choose according to your tastes? Here is our comparison between the AirPods Max and the Sony WH-1000xM4.

One of the most salient points of the AirPods Max is undoubtedly its design. While most manufacturers are opting for plastic, which is lighter, Apple has turned to aluminum and stainless steel. At first glance as under the finger, the difference is obvious.

The finishes exude quality in many ways and we avoid the creaking specific to plastic with each handling. Likewise, the size of the hoop is adjusted using a particularly resistant and fluid sliding system to use, far from the notching that is usually found in the competition. 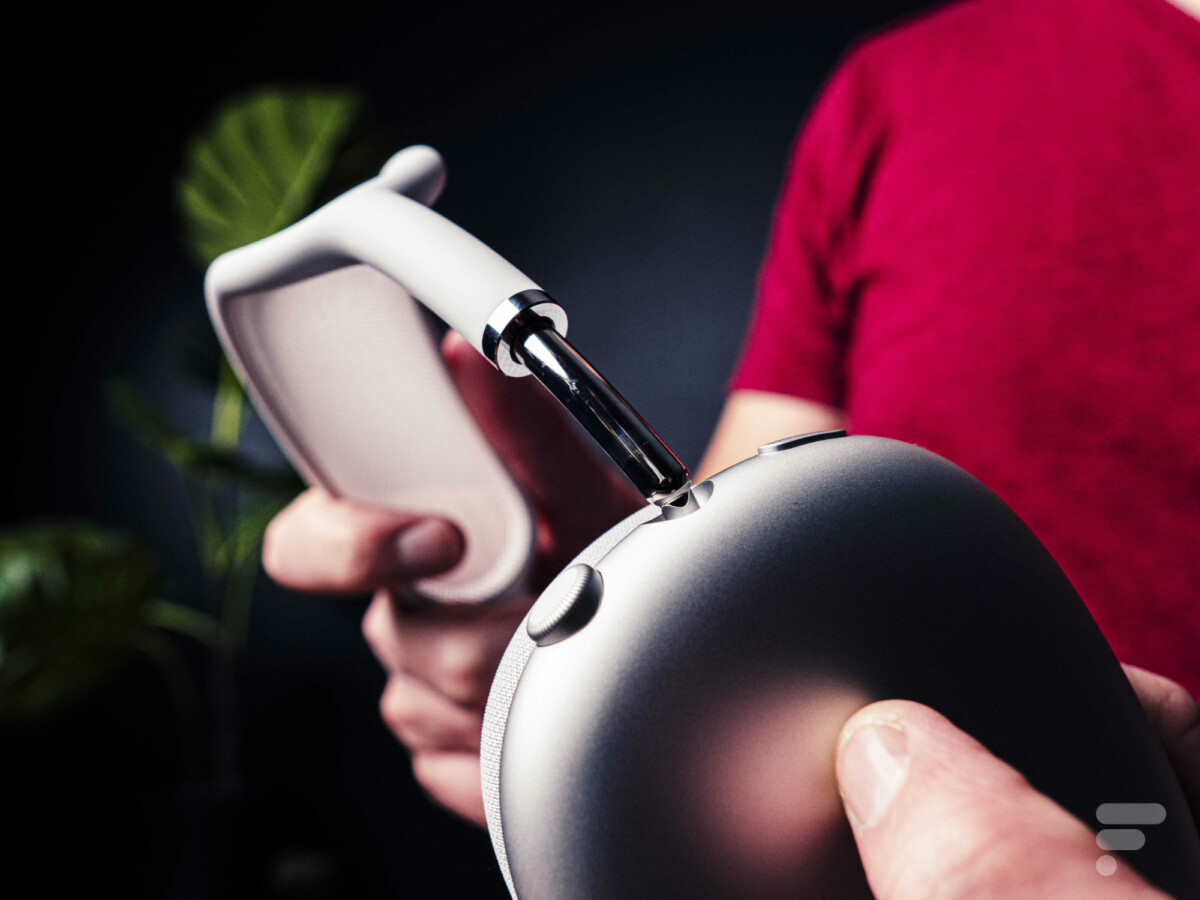 But this choice does not bring only advantages and the AirPods Max is also much heavier than the Sony WH-1000xM4 (385 grams against 254), in addition to being cold to the touch. However, it is well balanced and does not feel too much on the neck during prolonged listening.

The Sony WH-1000xM4, on the other hand, presents a foolproof argument in terms of practicality: it can fold up on itself, which makes it much more compact and more convenient to carry. Since we’re talking about transport, let’s also mention the storage covers supplied with each headset: on one side a reinforced and complete shell, protecting the entire Sony headset, and on the other an open cover barely covering the Apple headphones earphones. Its only advantage is that it uses its magnets to put the AirPods Max to sleep.

The AirPods Max’s physical buttons are, however, more convenient to use than Sony’s touch gestures, which respond relatively poorly to conditions. 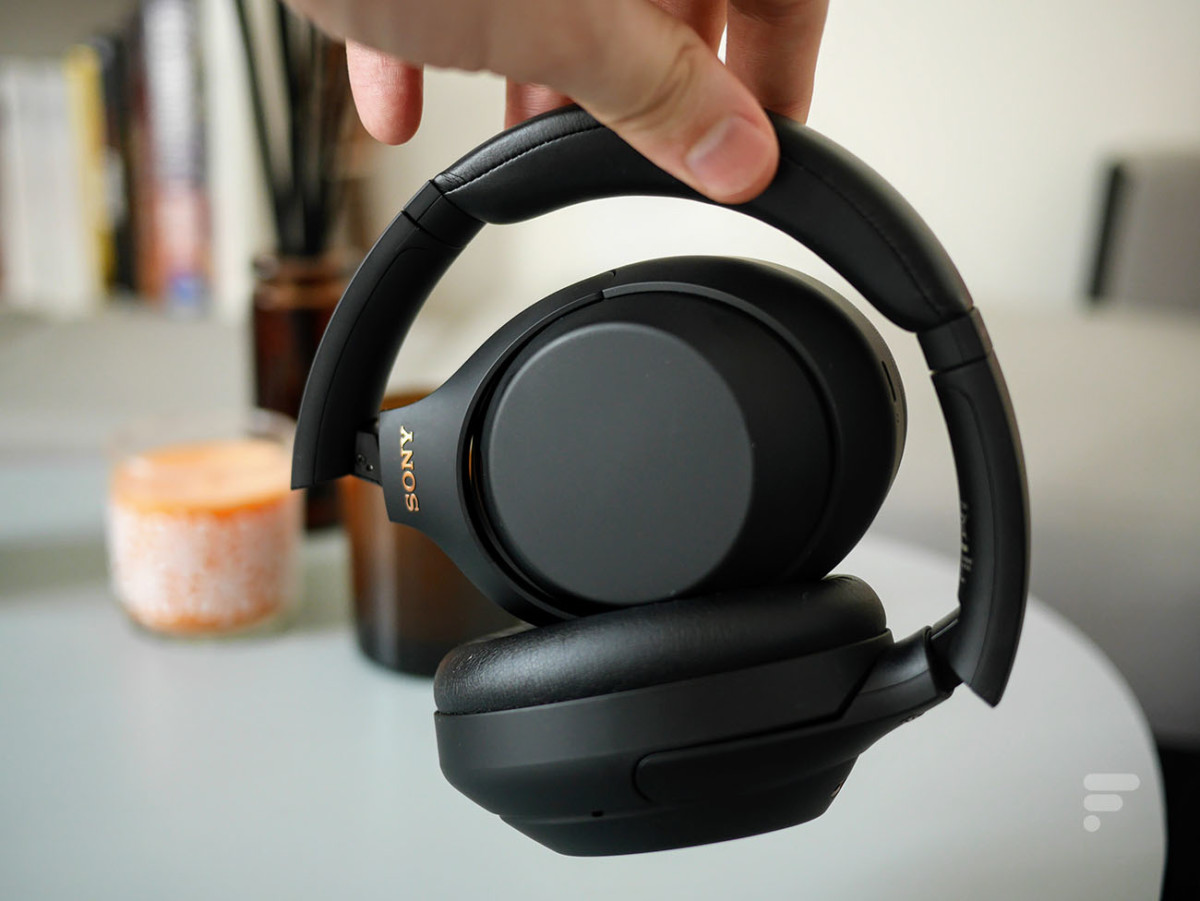 But beyond the metallic finishes, the AirPods Max uses “mesh” fabric for the ear cushions and band of the headband. It is particularly comfortable and ventilated, reducing the heat in the ears. It also seems rather fragile and we doubt its hold in the long term.

Design level, the AirPods Max is therefore one step ahead, especially thanks to its physical buttons.

In terms of noise reduction, the Sony WH-1000xM4 was considered the best in the market, but now it has to concede the top spot to Apple. Not only does the AirPods Max have very good passive isolation that cuts out ambient “hubbub” very well, but it’s also great at digitally muffling noise thanks to its active noise reduction and six external microphones. 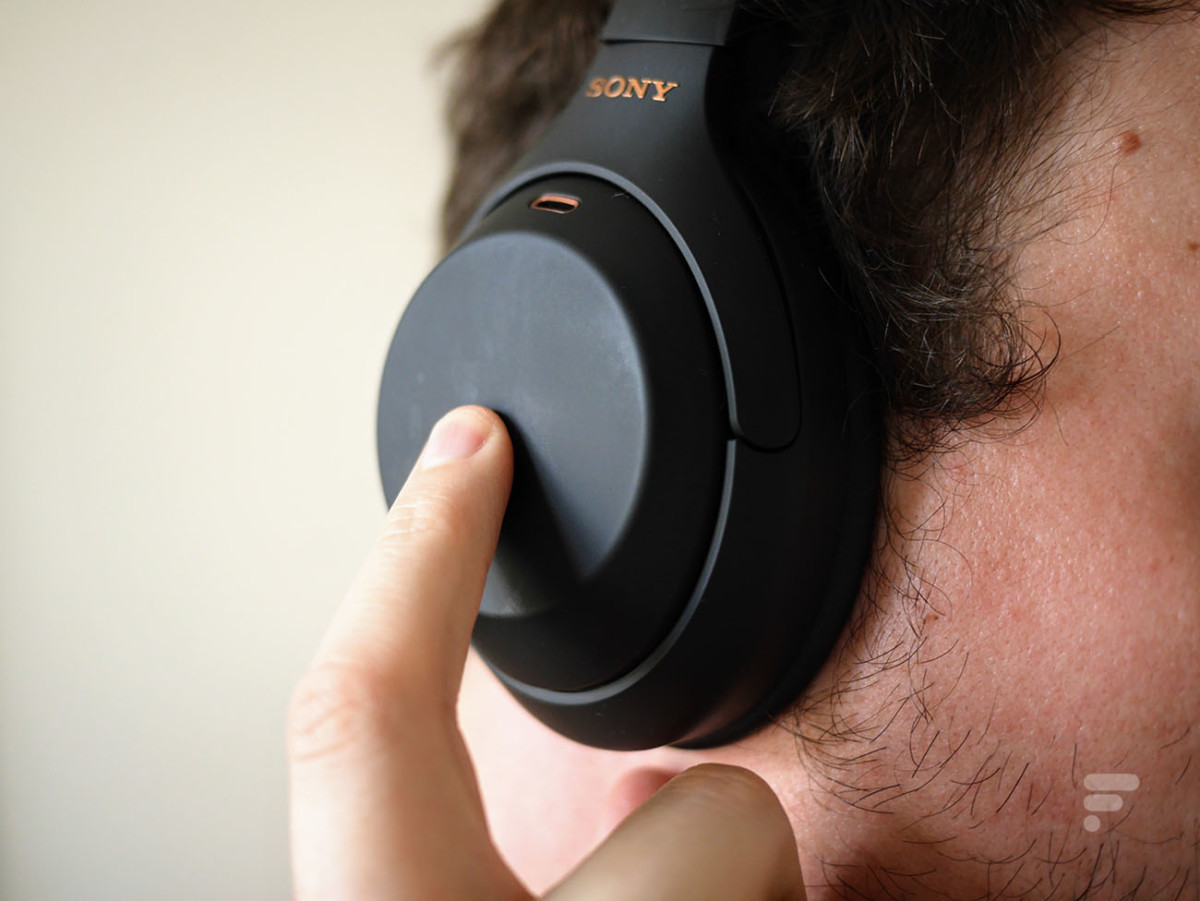 The controls of the Sony WH-1000XM4 are done by touch // Gamesdone: Frandroid

Whether it is over muffled and redundant noises like an airplane engine or more punctual and strident noises like a child’s cry in public transport or the discussions of a open space, the AirPods Max stands out with a very light head. The difference is subtle, but it is there all the same. Sony’s latest addition does not have to be ashamed, it remains a good second.

Moreover, its transparency mode is far ahead of the WH-1000xM4. By using the microphones to reproduce ambient noise in the user’s ears, it manages to give an impression of crispness that no other headset can match today.

For headphones, sound quality is obviously one of the main buying criteria. On this point, the two opponents of the day are very good, but once again the AirPods Max wins by a short head.

From a technical standpoint, Sony nevertheless displays better characteristics, in particular with its LDAC codec capable of supporting Hi-Fi files in Bluetooth. Still, the processing magic of Apple’s H1 chip does its job and improves even the most degraded basic sources. For anyone listening to their music through a streaming service like Spotify, Deezer or Apple Music, the crispness of each instrument is felt. 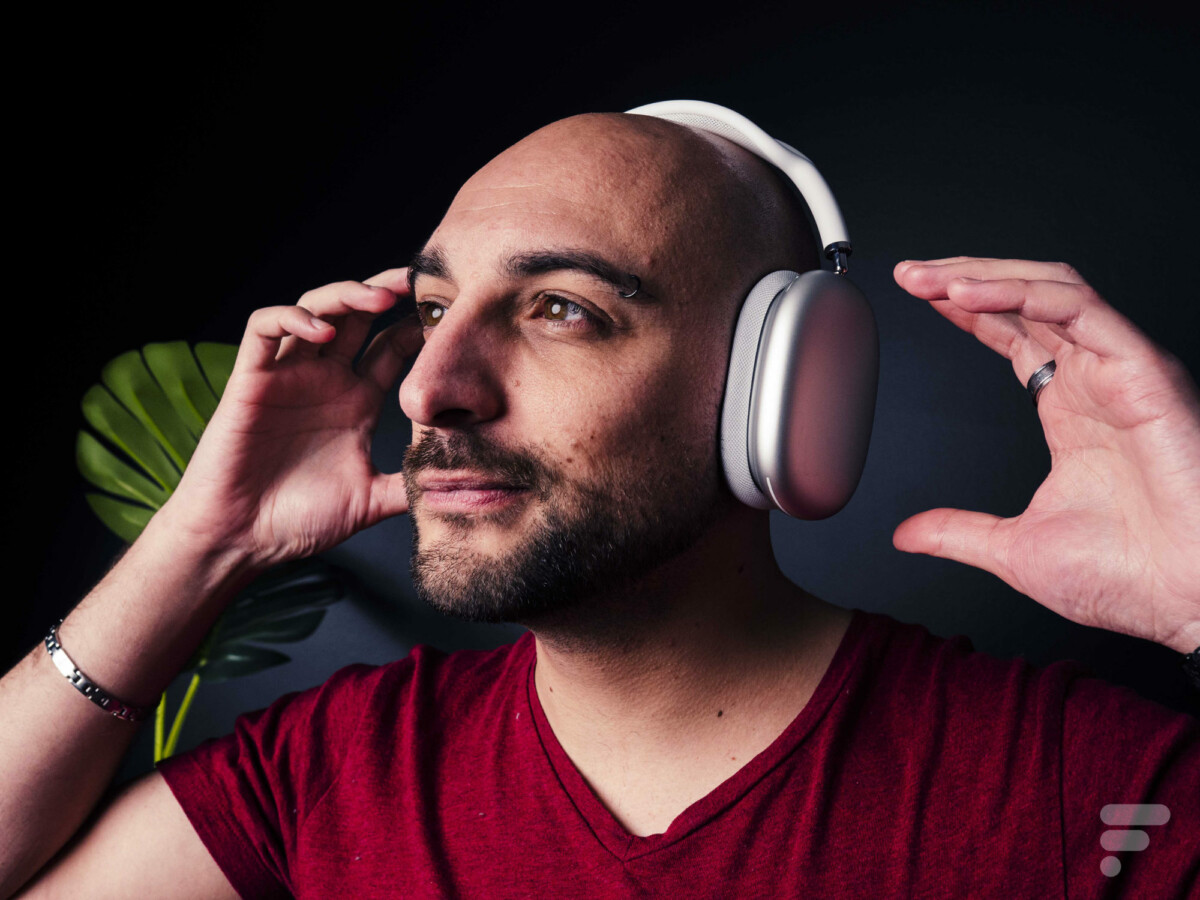 Even at full volume, the AirPods Max offers detailed sound, both in the bass and in the treble and manages to adapt with mastery to all styles of music. For its part, the WH-1000XM4 is also very good, with a lower base sound, warmer, but slightly less detailed. However, you have to listen to the two in quick succession to notice the biggest differences.

Locked in the Apple ecosystem, or free as the air

In use, the Sony WH-1000xM4 is nevertheless much more versatile. Its mobile application offers, for example, a complete equalizer allowing you to adapt the sound to your preferences, but also to finely adjust the noise reduction. 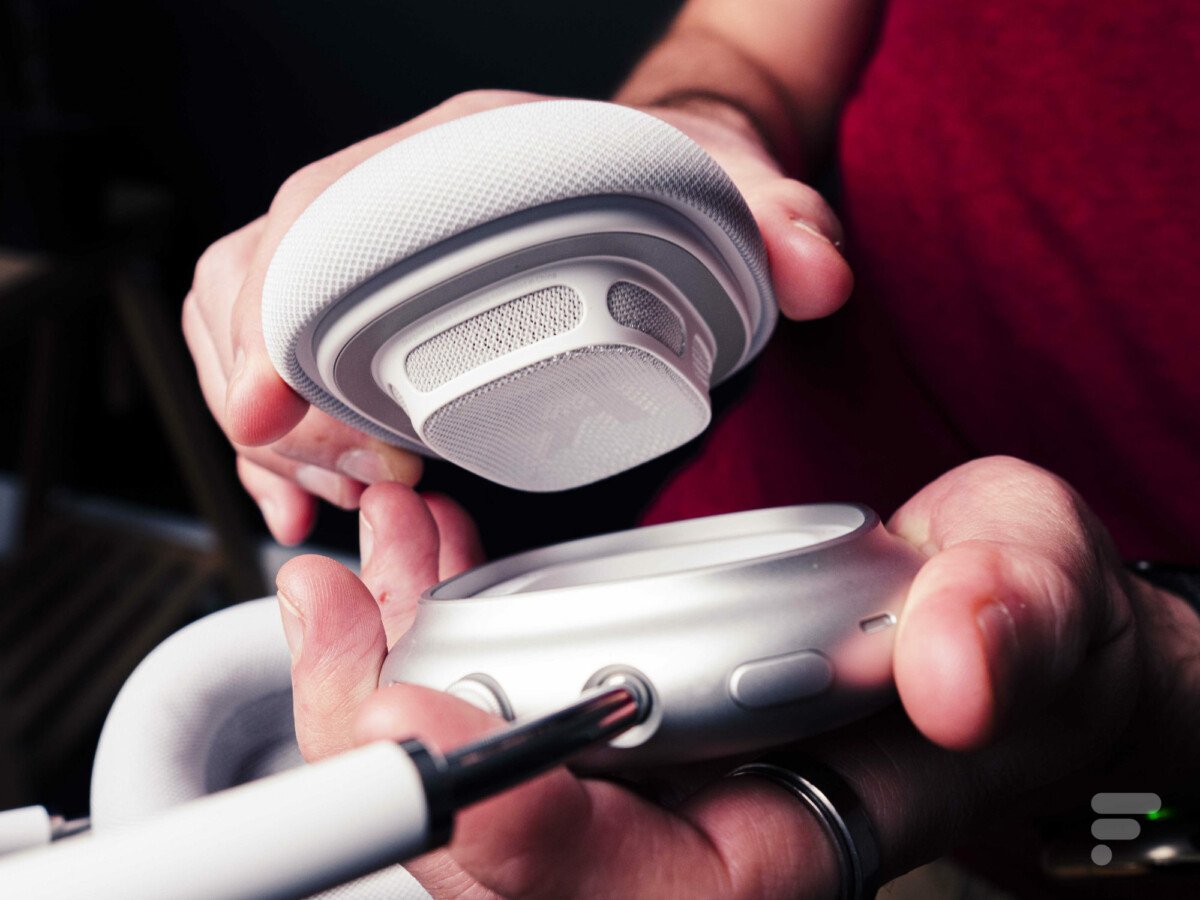 In addition, it connects as easily with Android, iOS, Windows, macOS or any other Bluetooth device and manages as well (or as badly, it is depending) the multipoint with all these sources. On the Apple side, multipoint is limited to the user’s iCloud account and therefore cannot work on Android, Windows, or even another user’s Apple products.

Likewise, proximity detection allowing music to be paused by removing the headset does not work outside of Apple-signed sources with the AirPods Max while it works with any device on the 1000xM4. In addition, wired use is optional at Apple since it is necessary to purchase an additional dedicated cable. 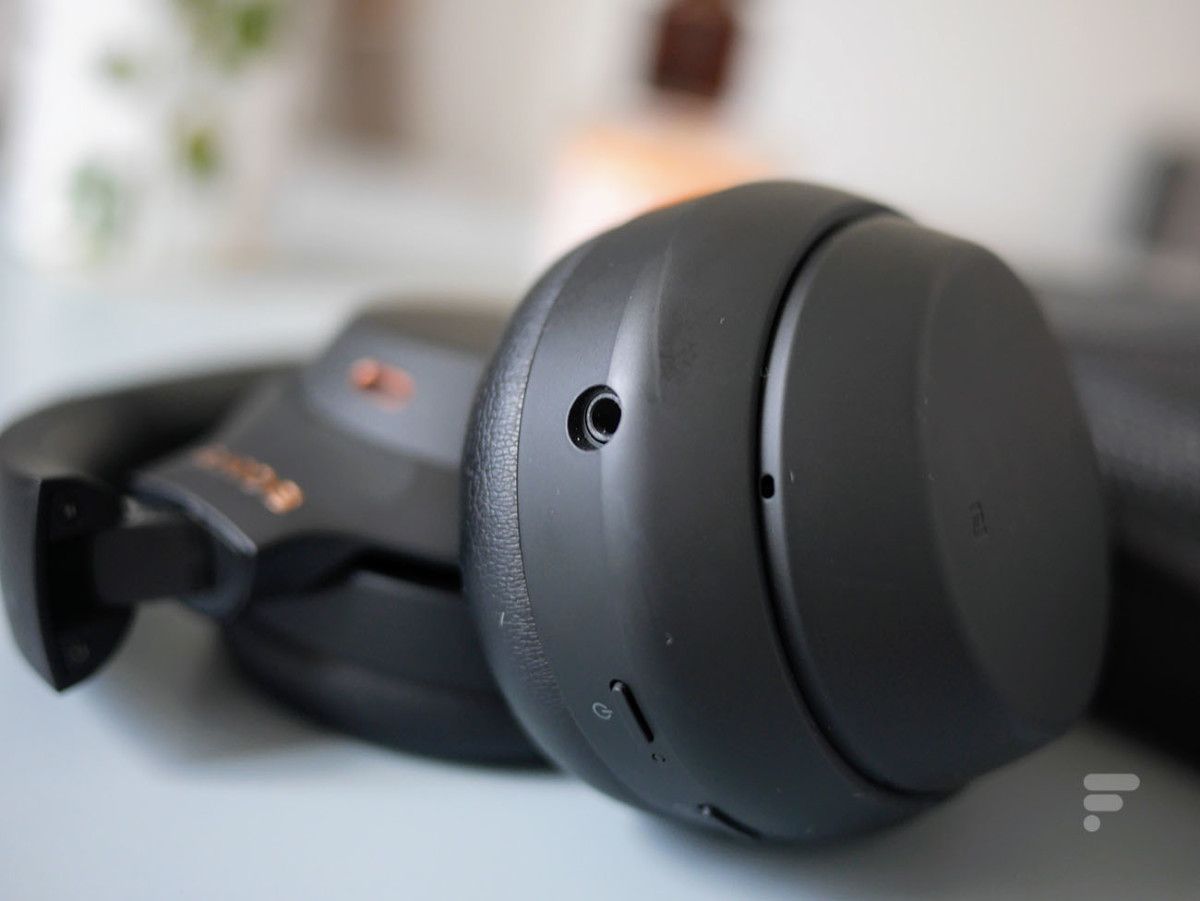 Add to this the presence of an ON / OFF button that the AirPods Max does not have (which is very disturbing) and the Sony model wins this round by a total and immediate KO.

Regarding autonomy, this is also Sony that wins. On paper, Apple announces 20 hours for the AirPods Max and Sony 30 hours for the 1000xM4. In fact, Apple is a little higher and Sony a little lower than its predictions, but the difference is still several hours.

With noise reduction active, allow around 21 to 22 hours for the AirPods Max (with sound between 50 and 70%), and around 28 hours for the WH-1000xM4 under similar conditions.

Which headphones to choose between the AirPods Max and the Sony WH-1000xM4?

The differences are never obvious, but the AirPods Max is better than its Japanese competitor on the most important points for a noise reduction headset: insulation and sound quality. One could also note its unique design which makes it particularly attractive. 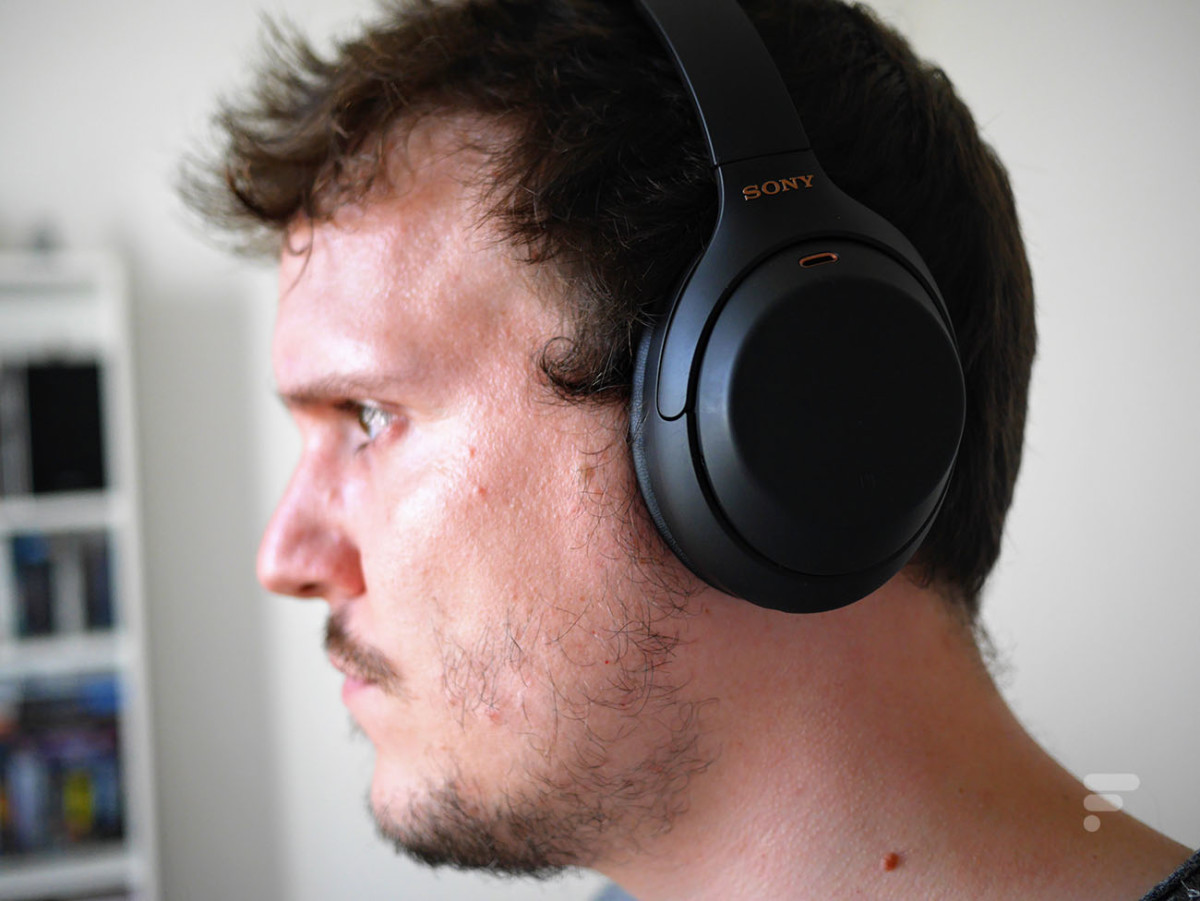 However, it is less autonomous, less versatile and its protective cover is a real scandal. It therefore only deserves your attention if you only intend to use it with Apple products (iPhone, Mac or Apple TV) and want the best. Otherwise, opting for the Sony model would certainly be a wiser choice, especially since it is offered for half the price.

To go further, do not hesitate to consult our complete tests of the two helmets:

The AirPods Max is available at 629 euros on the Apple site and at most traditional merchants.

For its part, the Sony WH-1000xM4 is priced at 349 euros, but it is already at a lower price during promotional periods if you are not in a hurry.