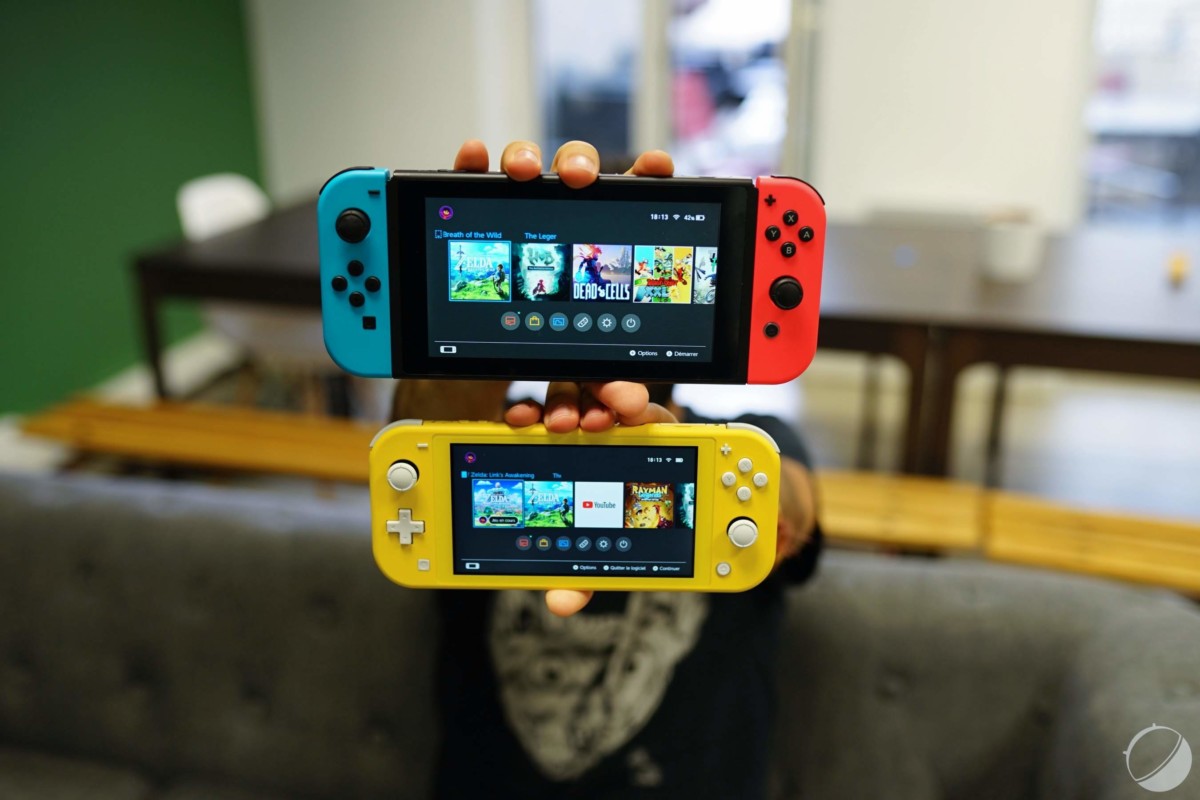 The Nintendo Switch in bref

Since its release in March 2017, the Nintendo Switch has been a real success around the world. Its innovative hybrid console concept – which allows you to play on the go, tablet or TV – has won over both young and old alike. As proof, more than 20 million units have been sold in two years, a score higher than its big sister, the Wii U, which struggled to reach 13 million before stopping production.

Today, it brings together more than 1,000 games available on the eShop and it must be said that there is something for everyone. We then find cult licenses like The Legend of Zelda, Pokémon and Mario, but also games from third-party publishers who had shunned the previous console, such as Dark Souls, Resident Evil, DOOM and many others. In short, by combining all this with the gaggle of independent games also available, there is plenty of fun on Nintendo Switch!

Regarding its raw characteristics, it includes a 6.2-inch HD screen, an Nvidia Tegra X1 chip associated with 4 GB of RAM (which can be found for example in the NVIDIA Shield 2017), a 4310 mAh battery which gives it an autonomy of 2 to 3 hours in game and a storage capacity of 32 GB (expandable via micro SD).

A new revision of the Switch was introduced in the summer of 2019, notably with increased autonomy. Be careful to opt for the new version, which we recognize thanks to its different packaging like this one is available at the same price as the first iteration.

Nintendo Switch Lite at a glance

Announced at the beginning of July, the Nintendo Switch Lite has been available in France since September 20. This new console has the particularity of abandoning the hybrid dimension of the first model to focus only on the experience in portable mode. For this, Nintendo obviously changed some elements of the design.

First of all, this Lite version has a smaller screen (5.5 inches against 6.2 inches) to facilitate the transport of the latter. Thanks to its plastic finish, it is also more solid in order to better withstand the shocks that could occur in a bag, for example. In one piece, it will also take less damage in the event of a fall.

The levers at the ends can in fact no longer come off. As a result, they are very different from the Joy-Con, since they lack vibrating features or a motion detection system. Games like 1-2 Switch that rely a lot on these features are therefore unavailable on the new console. However, we appreciate the return of a real directional cross, ideal for 2D games. Finally, note that it is possible to connect the Joy Con of the classic Switch to it, which is ultimately not very practical without the small crutch to hold the console.

Like the new edition of the classic Switch, this Nintendo Switch Lite also benefits from a better battery to improve its autonomy, estimated at around 6 hours according to the manufacturer.

To discover more about the fabulous world of video games, we invite you now to consult our guide to the consoles to choose in 2020.

Xbox One, PlayStation 4, Nintendo Switch, Nvidia Shield … discover our selection of the best consoles in 2020, according to your needs.
Read more