Apple One is now available, it brings together Apple’s services in a single subscription. In France, you can therefore register for two of the three options offered in the United States. 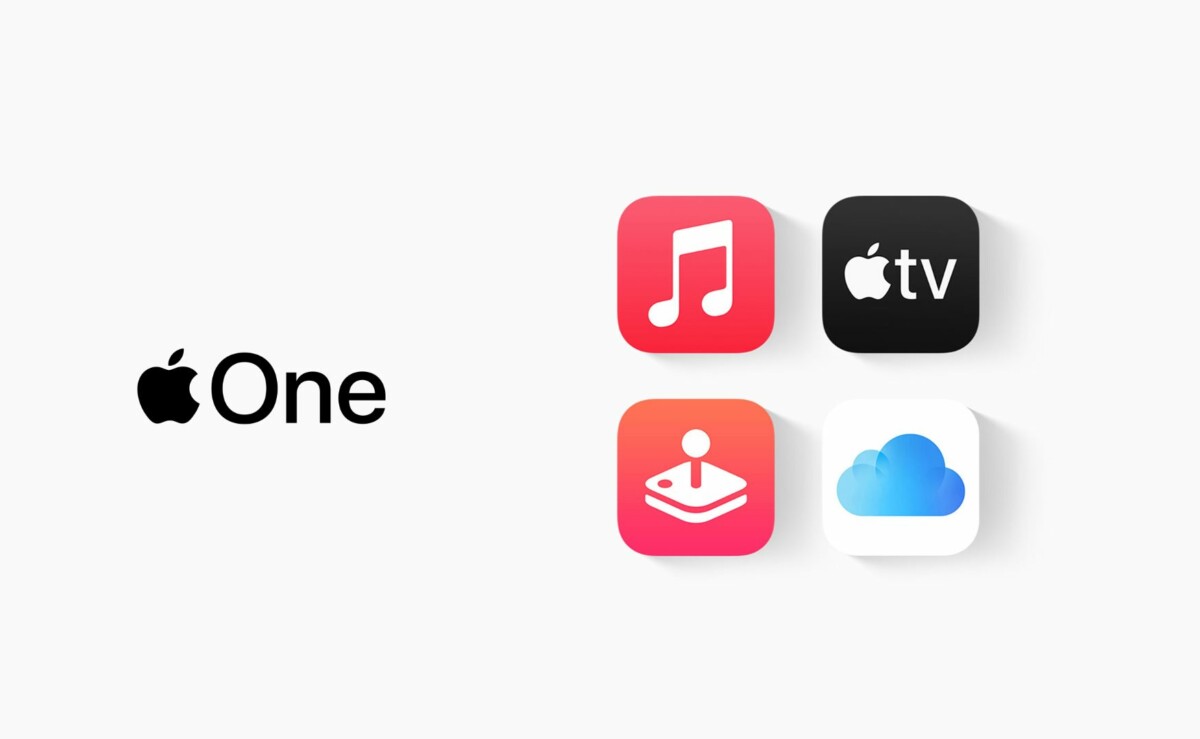 Apple One is available in France, a few weeks after its announcement during the keynote announcement.

Apple One: what is it?

Apple One is Apple’s unique subscription, like the Amazon Prime offer. It integrates the various Apple services, which makes it possible to reduce the monthly cost thanks to a single subscription.

In France, for the moment, Apple One includes four services: Apple Music, Apple TV +, Apple Arcade and iCloud with 50 GB of storage in the individual version.

In the United States, Americans can also subscribe to Apple One Premier which also includes Apple News + and Fitness +. The first service allows you to take advantage of a press catalog while the second provides access to personalized training. 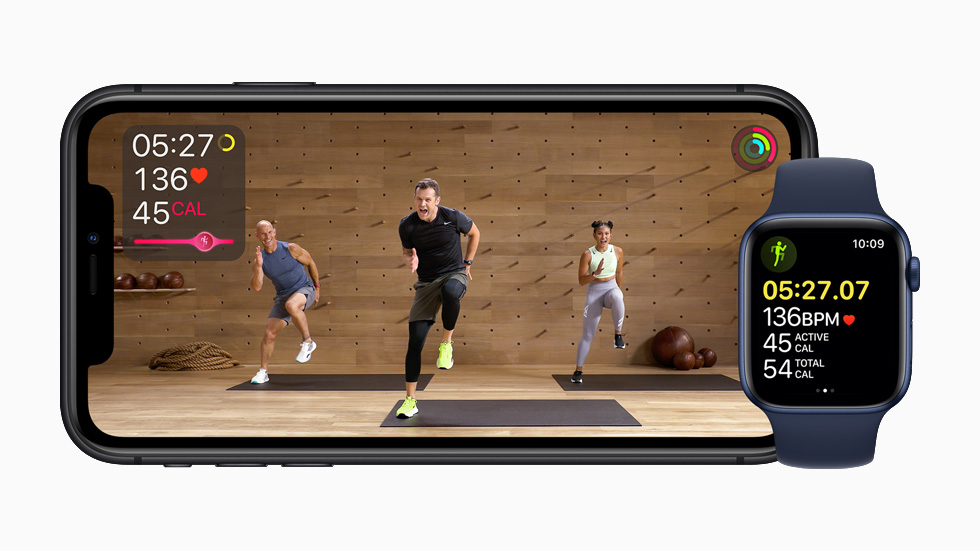 More specifically, these are hundreds of courses led by real coaches employed by Apple with the possibility of having recommendations related to your feedback, but also to the data of your Apple Watch.

Apple One: how much does it cost?

Apple offers two different formulas. In the first place, Apple One Individual, for 14.95 euros per month without commitment. With this subscription you will save 6 euros per month compared to the cost of the different services separately. 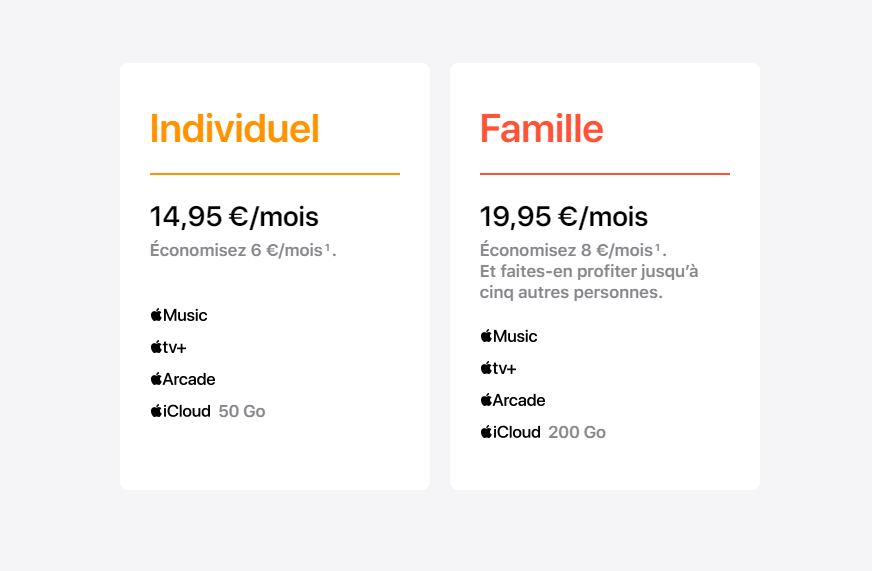 A second formula is Apple One Family for 19.95 euros, which includes the same services, but with the possibility of sharing it as a family with up to five people. The iCloud space goes to 200 GB as well.

In addition to these two formulas, Apple offers the possibility of paying for additional iCloud space up to 2 TB. Finally, if you have never tried one of these services, Apple offers a free trial period of one. month.

To access and subscribe to Apple One from iOS, it goes through the App Store, by tapping on your photo in the upper right corner, then in Subscriptions and Apple One. 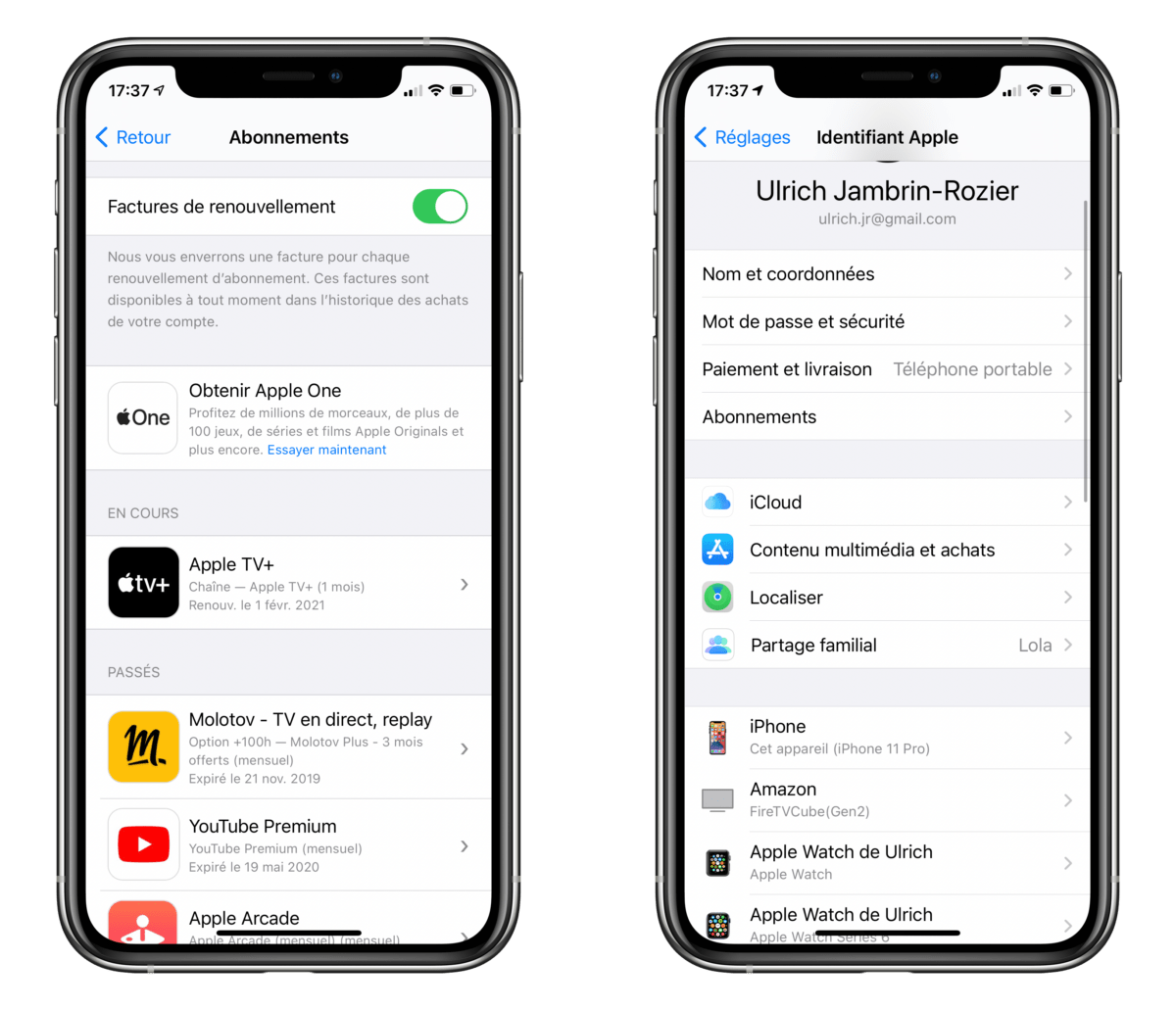 In addition to signing up through the App Store, you can also currently access Apple One through the Settings app. By clicking on your avatar and in Subscriptions.