Some see it as a large tablet, others as a prototype laptop PC. One thing is certain, the Lenovo ThinkPad X1 is the first foldable screen computer on the market and it’s about to shake up our habits thanks to innovative technology and a solid technical sheet. 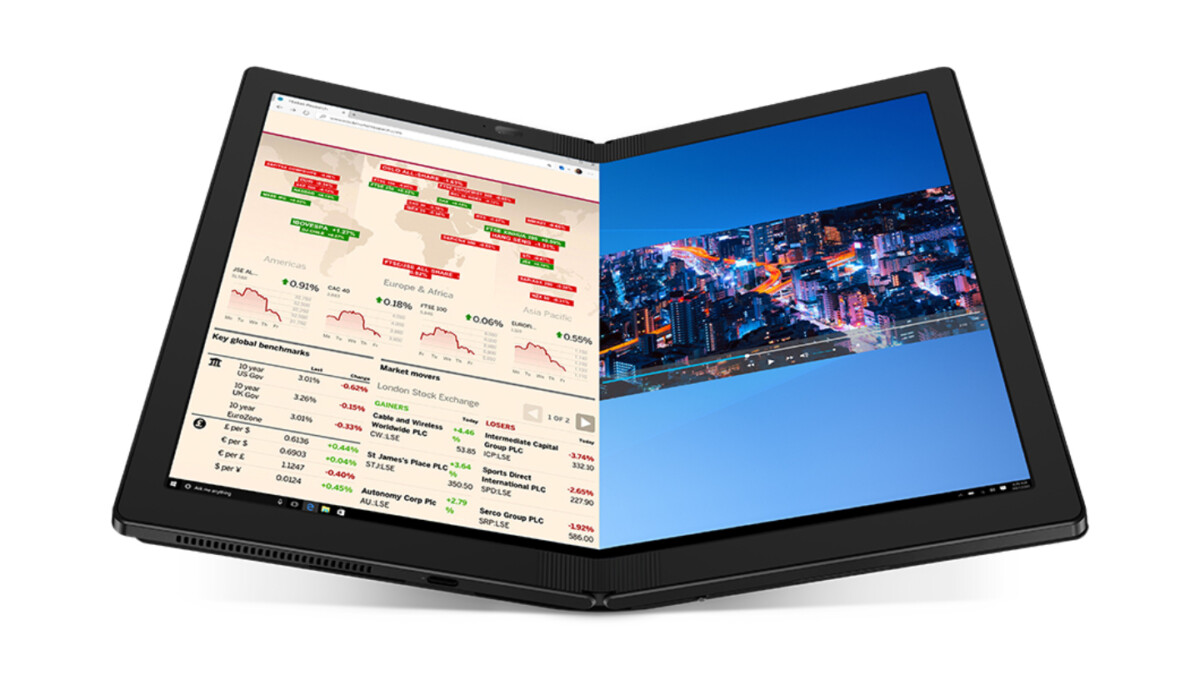 If folding screens have started to equip smartphones, Lenovo thinks that it is now the turn of laptops to welcome this technology. It has also gone further than simple reflection, because the manufacturer launched the Lenovo ThinkPad X1 Fold a few weeks ago, a high-end ultrabook with a 13-inch foldable OLED panel. A machine that refreshes our use of laptops. Better.

A foldable display for a real all-in-one computer

Who would have thought that integrating a folding screen into a laptop would change our relationship with the machine so much? Indeed, the Lenovo ThinkPad X1 Fold relies on technology that has already proven itself in the smartphone world. Thanks to its foldable screen, this laptop PC finally gives full meaning to the term “all-in-one computer”. 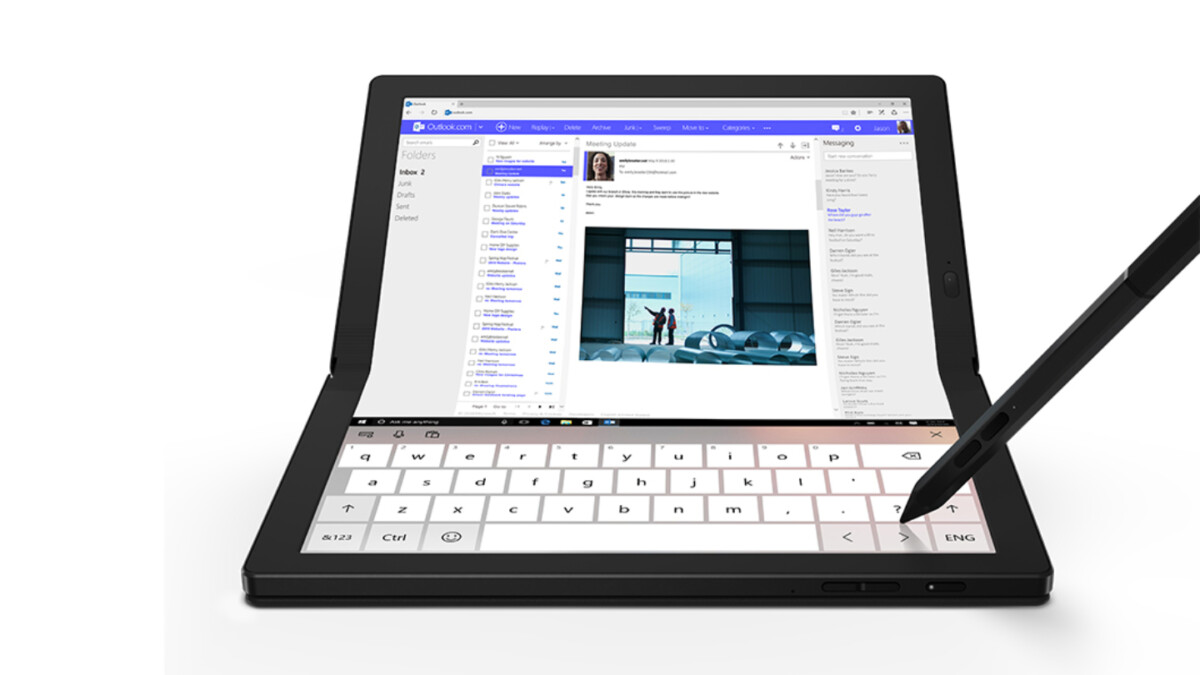 Thus, the Lenovo ThinkPad X1 Fold accumulates many hats. It can also be used as a large tablet, e-book, sketchbook, high-performance ultrabook and goes beyond the simple laptop. Many roles which it fulfills perfectly by relying on its 13.3-inch touchscreen OLED panel, with a 4: 3 ratio and a definition of 2048 x 1536 pixels. This screen offers an unprecedented display surface on a laptop PC, regardless of its position vis-à-vis the screen. 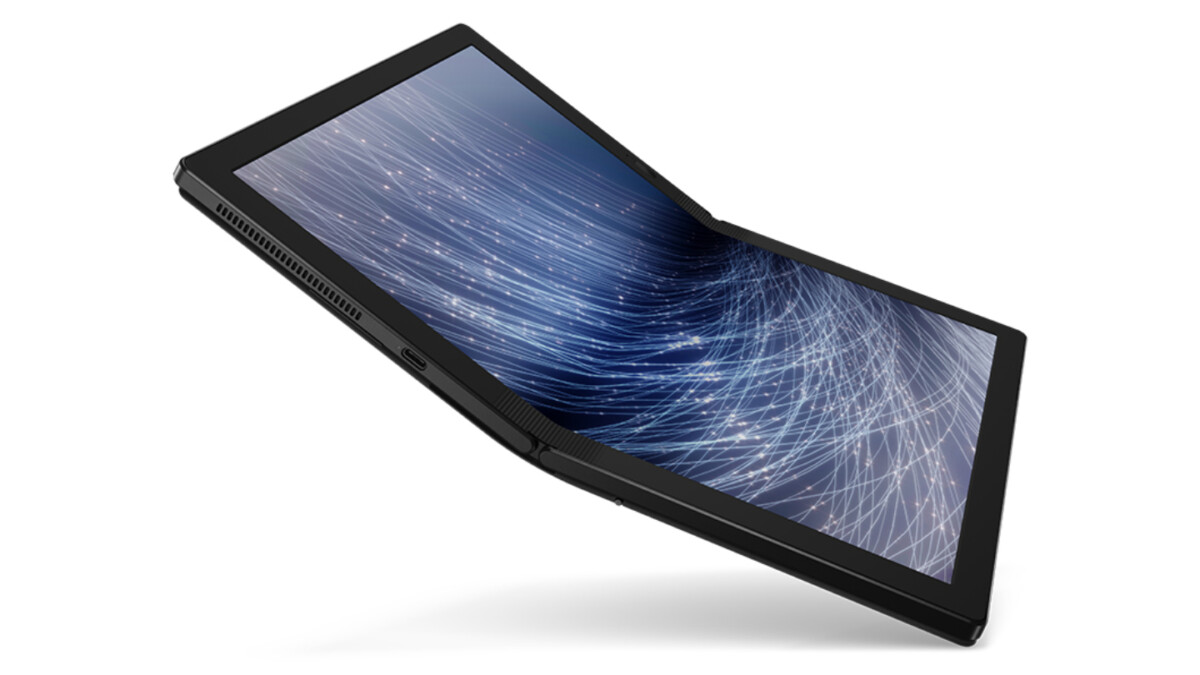 Weighing only 1 kg, the Lenovo ThinkPad X1 Fold is extremely easy to transport, and especially to handle, delivering a real reading comfort if you use it as an electronic book (its weight is similar to that of a book brooch). Comes with an Active Pen, it transforms just as easily into a sketchbook, allowing you to sketch on the fly while on the go or draw daily. 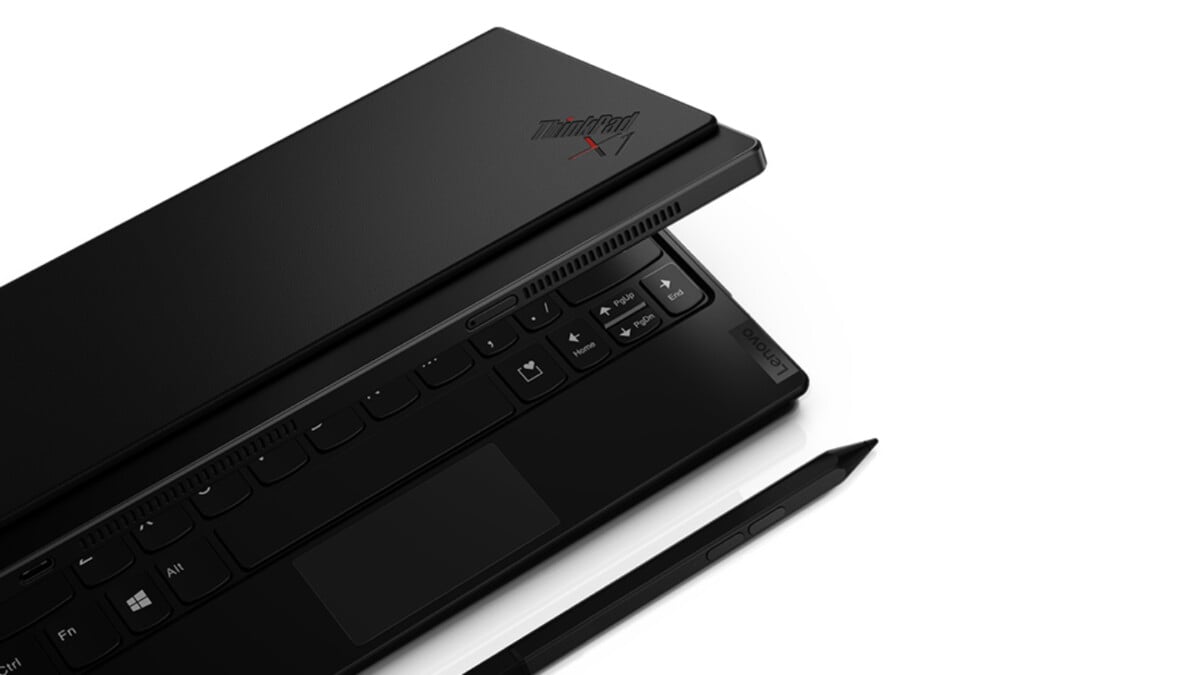 Not to mention that the enlarged display area guaranteed by the folding screen allows you to take full advantage of streaming content, photos or even certain games. Lenovo’s real tour de force with the Lenovo ThinkPad X1 Fold is to have concentrated our various electronic devices (tablet, e-reader, etc.) in a single machine.

An ultrabook with a balanced technical sheet

Faced with all the possibilities offered by the folding OLED screen, we almost forget that the Lenovo ThinkPad X1 Fold is above all a laptop. Especially since the manufacturer was not content to bet everything on innovative technology: he also knew how to ensure the rear of the machine by providing it with a solid technical sheet. 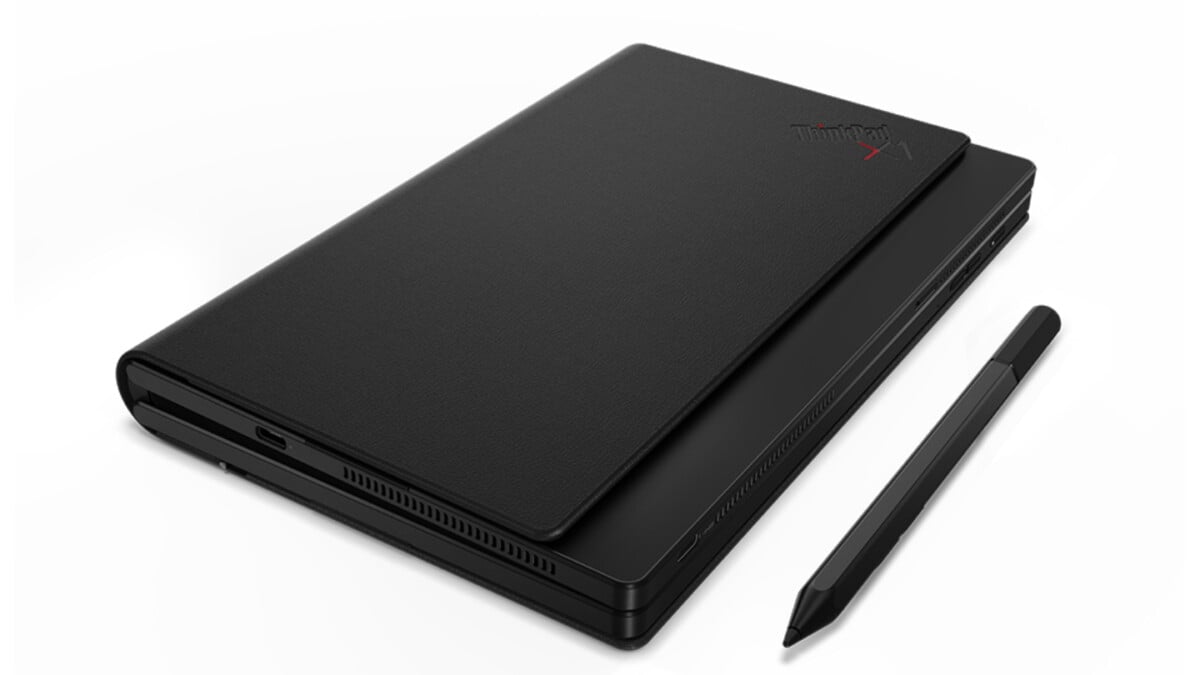 Before diving into the heart of the Lenovo ThinkPad X1 Fold, it is clear that it relies on a design that gives off a feeling of solidity. Its dimensions of 15.82 x 23.6 x 2.78 cm also make it a compact PC that can easily slip into a backpack, without you worrying about damaging it.

On a computer of this type, one would have expected a limited spec sheet, like a simple touch pad. However, Lenovo has put the small dishes in the big by making of its Lenovo ThinkPad X1 Fold a real computer running Windows 10. And without difficulty what more is thanks to an 11th generation Intel-core i5 hybrid processor, as well as 8 GB of RAM and a 1TB SSD. Performance and fluidity are there, both in basic navigation and in more demanding software such as photo editing or video editing. It is also compatible with Wi-Fi 6 and Bluetooth 5.1 standards. 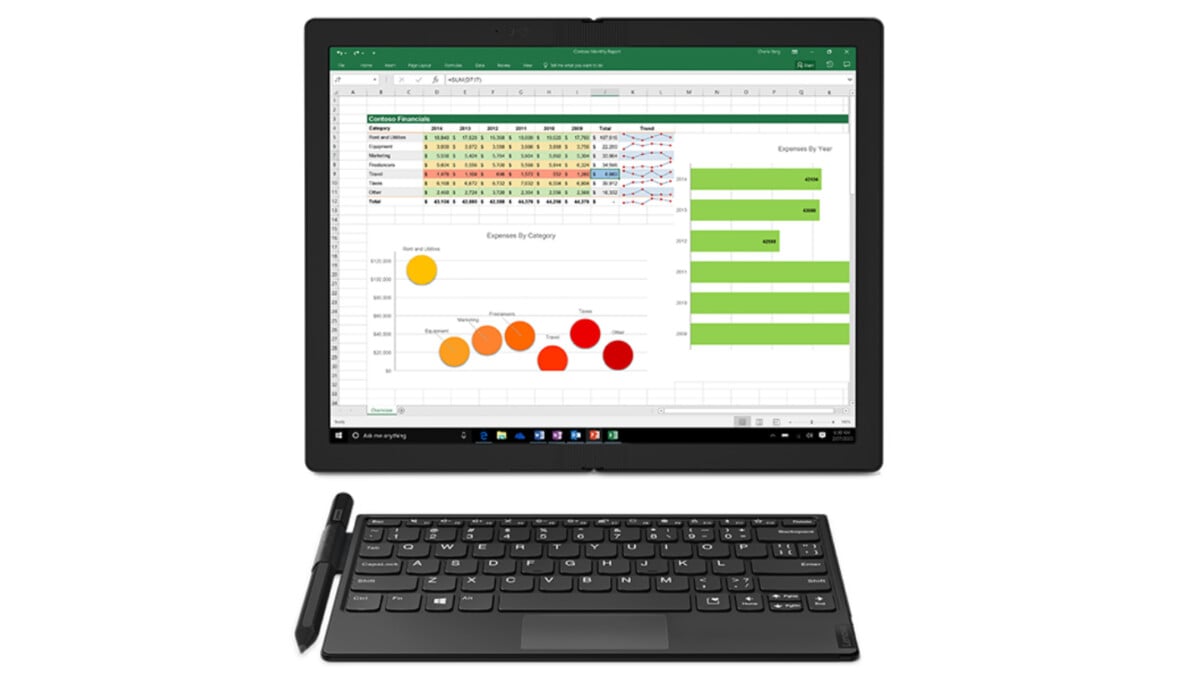 The touchscreen keyboard is more discreet, which allows you to work in an open space without disturbing your colleagues, even if you have a high typing speed. Lenovo is also thinking of those who are not yet ready to give up the physical keyboard by providing a Bluetooth wireless keyboard. This can slide on the lower part of the screen to transform the Lenovo ThinkPad X1 Fold into a classic laptop PC, or simply outside the computer like any Bluetooth keyboard.

Its 50 Wh battery gives it a comfortable autonomy of 11 hours with normal use, enough to cash in a day’s work without having to think about the charger. Better yet, the 65W USB-C power supply allows energy to be recovered very quickly.

Far from being a simple prototype, the Lenovo ThinkPad X1 Fold is a high-end ultrabook available today on the market. With its muscular configuration and its superb foldable screen, it is offered at 3,479 euros at Fnac. Needless to say, the delivery is free.