Xiaomi plans to launch a new Mi Mix on March 29 with a liquid lens. This technology is particularly attractive for our smartphones, we explain why.

Xiaomi has confirmed that a conference will be held on March 29 to unveil new products. While we expect to see Pro and Ultra versions of the Mi 11 there, another product will also make its appearance: a new Mi Mix. The information was confirmed on Twitter by Agatha Tang, Xiaomi press officer.

The Mi Mix range is used to integrating innovative technologies, shaking up the usual shackles of the market, and this new model (which has not yet revealed its official name, but it could be the Mi Mix 4) intends to create the effect “wahouWith his camera, and more particularly his liquid lens.

What is a liquid lens?

You probably know that a camera has different parts, so the most important are the sensor and the lens that is used to focus the light on the sensor in question. Usually made of glass (or plastic on our smartphones), the lens is usually mounted on a mechanism to manage the focal length and focus.

A liquid lens is, as its name suggests, composed of a liquid on a hydrophobic surface or of two immiscible liquids (such as water and oil) which can therefore deform and modify their curvature by different processes (generally by the application of an electric current). The dioptre thus changing modifies the focusing without mechanical displacement. This allows the lens to function much like the human eye. 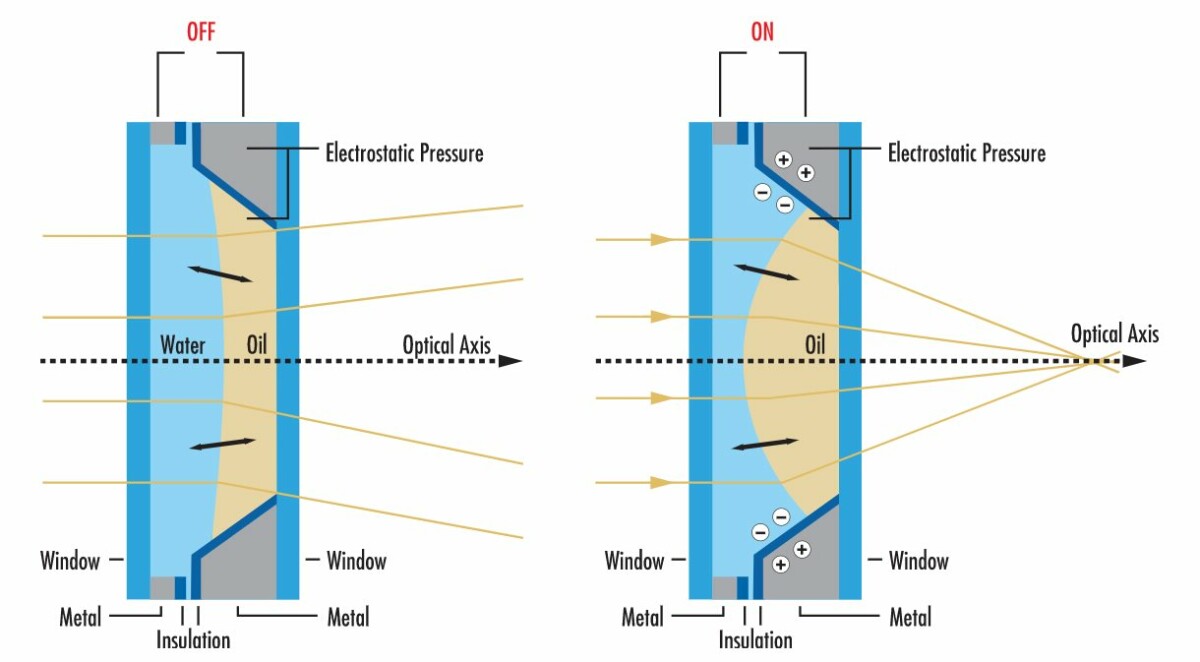 What are the advantages for a liquid lens?

Such a technology has many advantages, in particular for smartphones in which the size is limited. As you will have understood, a liquid lens can deform on its own and therefore does not require a complex mechanism to move the lens. It’s not only more reliable in the long run, but also more compact and lighter. It is also theoretically faster and more precise than a traditional lens.

Being able to manage the focal length of a lens without a mechanism also makes it possible to manage the focusing with greater finesse and especially at much closer distances. Agatha Tang thus indicates that the telephoto, already more compact, can also be used to take macro photos. Usually, manufacturers use either a dedicated module, often of poor quality, or the ultra wide-angle module, whose lens allows for closer focusing.

One could imagine that the ridiculous race for the number of sensors on smartphones could also stop, giving way to one and the same high-quality sensor topped by a liquid lens that can adapt to all needs, offering wide vision. angle or “zoomed in” depending on the situation and the user’s wishes. This would again save a lot of space for our phones.

Last particularly important point for our smartphones: energy consumption. As the lenses no longer need to activate a mechanism to move, the energy required to change their focal length is much less. It’s clearly not the most consuming item when capturing a photo with a phone, but every improvement in that direction is worth taking.

Finally, the data from the gyroscope can easily be used to guide the liquid within the lens and thus counterbalance the movements of the device. A liquid lens is therefore much easier to stabilize.

A concept that is not brand new

This is not the first time, however, that we hear about liquid lenses in the world of mobile telephony. Already in 2005, Samsung signed a partnership with the French company Varioptic to integrate such products into its products. If this process has not become generalized, we imagine that this may have a link with the complexity of integration … or with less effective results that we hope will be corrected by Xiaomi if this is the case.