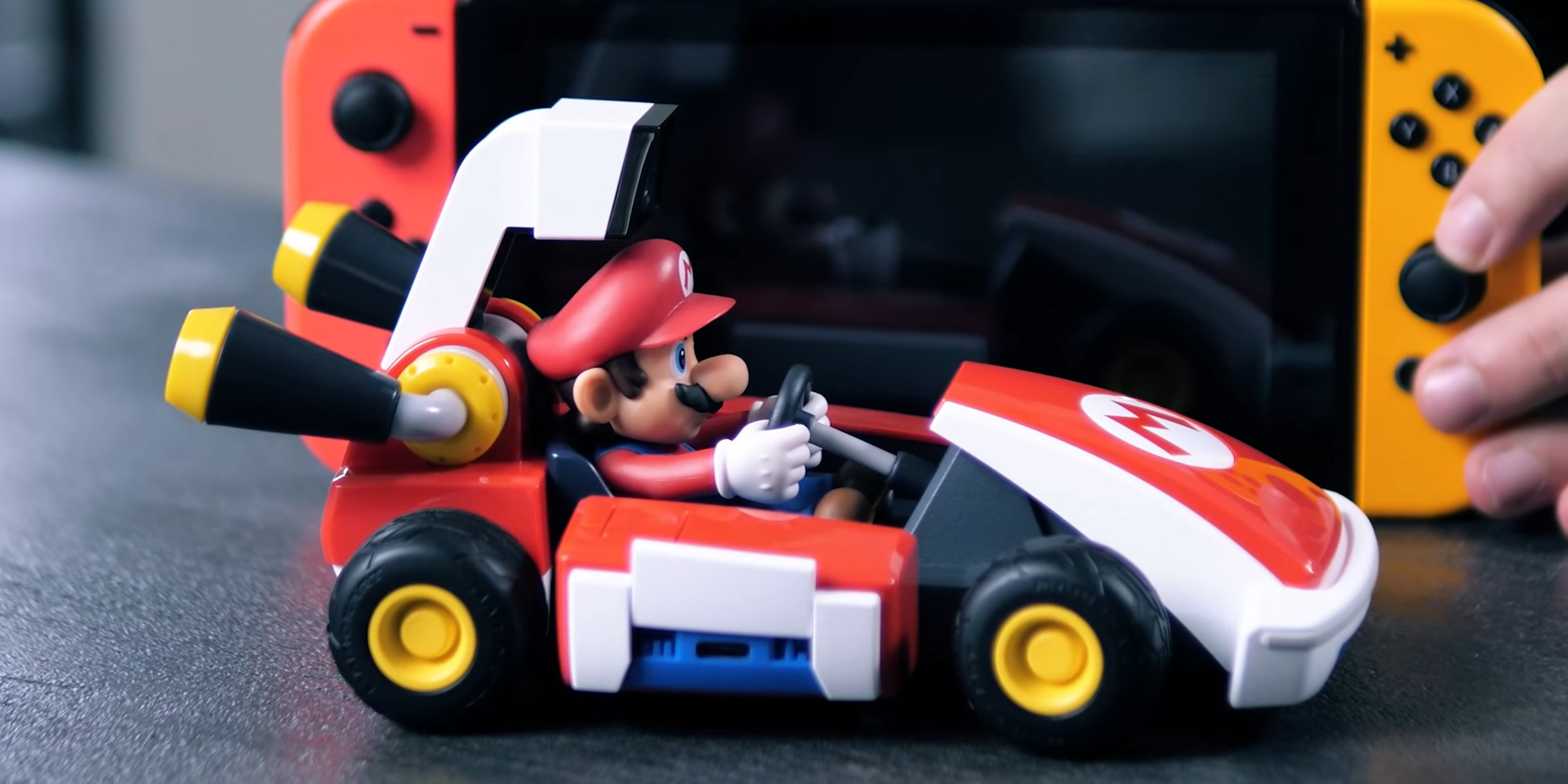 Barely announced, already there! A month and a half ago, Nintendo unveiled its new innovation: a physical version of Mario Kart carried by augmented reality designed by Velan Studios. But the Japanese firm’s racing game keeps its fundamentals with its enemies, tricks and throwing objects of all kinds.

Mario Kart Live : Home Circuit is indeed a new variation of the successful franchise, but this time it comes with a real physical kart of Mario or Luigi depending on the version, a not-so-small remote-controlled racing car. And it’s the Nintendo Switch that will serve as the steering wheel for this vehicle ready to cross your living room, using the Joy-Con or the console screen itself.

First good surprise: the kart is rather qualitative, with real wheels. Everything is done to withstand the shocks that are coming and to protect the on-board camera well. This has a very wide-angle lens with a pretty good definition. On the screen, Mario’s kart will, however, be visually replaced by his in-game image.

You must first download the game for free from Nintendo eShop, synchronize your car, then build your circuit with the various panels provided to define it. And all on the starting line! Up to four players can be played in the Grand Prix or Custom Race modes, but each will need their kart, Switch or Switch Lite.

We then find the usual features of the races which are displayed in augmented reality (pieces, opponents, blocks to break …), the different categories (from 50 to 200 cc) and nine Cups to be contested with several races each time. Several game modes are available: 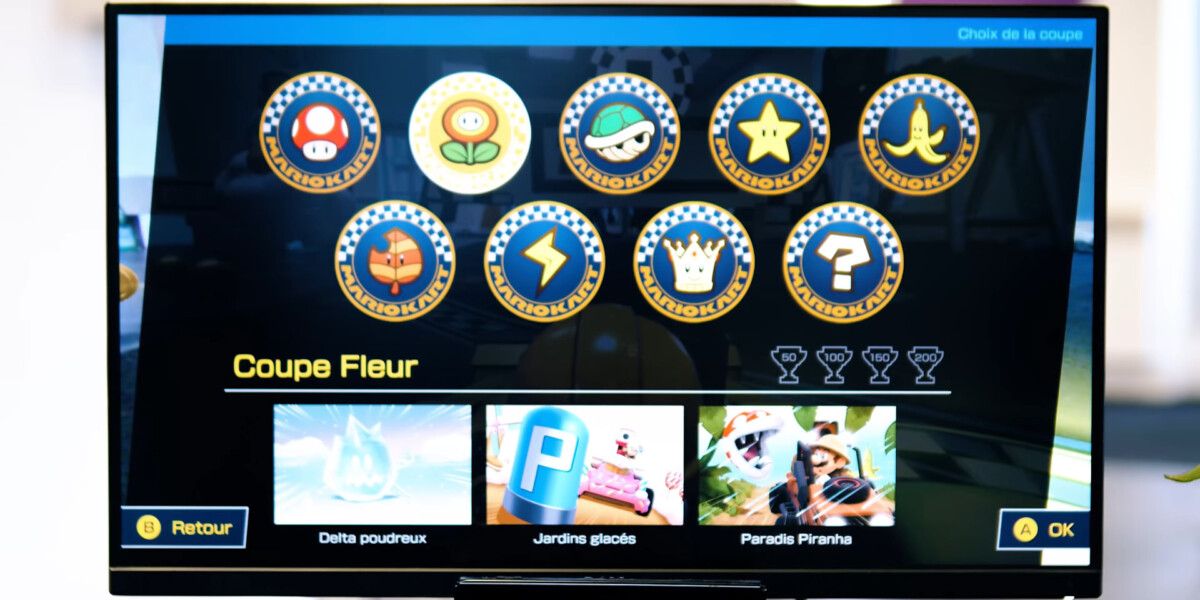 The followers of Mario Kart 8 Deluxe will recognize some famous circuits, on land, under water or in the air, and will resume their automatisms very quickly.

The camera is able to handle the lack of brightness, the 720p stream is quite stable. On the other hand, it is better to roll the kart on a flat surface, even the carpet. Avoid carpets and other slightly thick obstacles! According to Nintendo, it is possible to run Mario for 1 hour in races in 200 cc (maximum speed) or 3 hours in 50 cc, the most accessible. 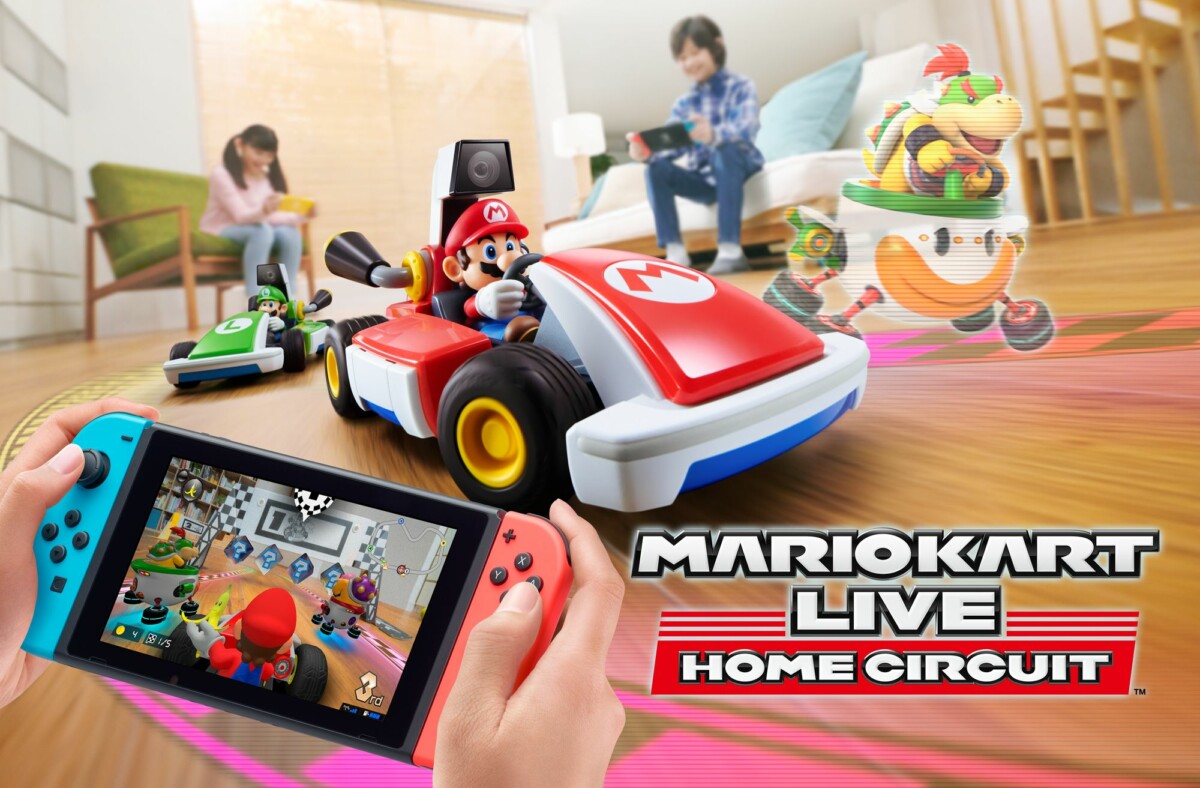 It’s a big yes for us. Mario Kart Live: Home Circuit handles very well and very quickly. It is suitable for all players, novices as well as experienced. And the addition of a much more real dimension is a real plus.

Mario Kart Live : Home circuit is available in two versions: Ensemble Mario or Ensemble Luigi at a price of 99 euros.