First presented as a prototype at CES 2018, then in final form the following year, the LG Signature OLED R roll-up TV finally hits the market … but first in Korea. 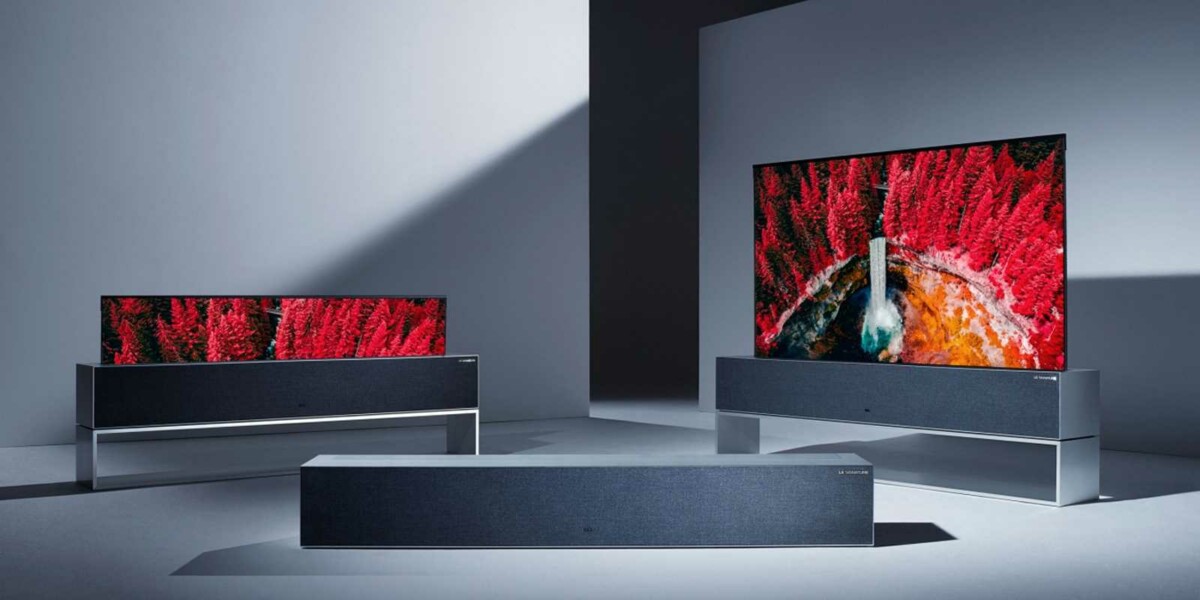 LG’s Rolling OLED TV kicks off. In gestation for years, the Signature OLED R was announced at CES 2019 for a launch then scheduled for the spring of the same year. In the end, it took more than a year for its arrival on the market to materialize, initially in Korea where the 65-inch television began to appear in the shops of seven local retailers. Its price is proportional to the proposed innovation: 100 million Korean won, or a little less than 74,000 euros HT.

As a reminder, the concept proposed by LG with this model is simple: allow a 65-inch OLED TV to roll up on itself until it disappears in a box when turned off. A box that is not a simple TV cabinet, since it incorporates a high-end audio system with a power of 100 W and certified Dolby Atmos.

An atypical, innovative product … and overpriced

As we mentioned during our discovery of the device on the LG booth at CES 2019, the Signature OLED R can also remain partially unfolded so that only a quarter of its total surface appears outside the housing. What to control your music or check certain information related to the connected assistant.

LG seems in any case to assume the ultra premium positioning of this television of a new kind which, without revolutionizing the uses, introduces for the first time the concept of an entirely rolling screen without reducing it to a simple prototype not marketed.

« LG’s exquisite creation (…) allows owners to conserve their living environment without having to permanently reserve space for a large black screen which is only useful when it is on “, Explains the brand, which describes for the rest its television set as” the most innovative development in TV technology for decades ».