Three new watches under the Moto brand would be marketed by eBuyNow, the Canadian company having bought the rights from Motorola and the origin of the new Moto 360.

In October 2019, we mentioned the resurrection of the Moto 360 watch designed by eBuyNow. The Canadian company had indeed bought the rights to Motorola to reuse the brand and had thus been able to develop a new version of the watch.

eBuyNow thus continues to make use of its recently acquired rights, by developing three new watches under the Moto brand. 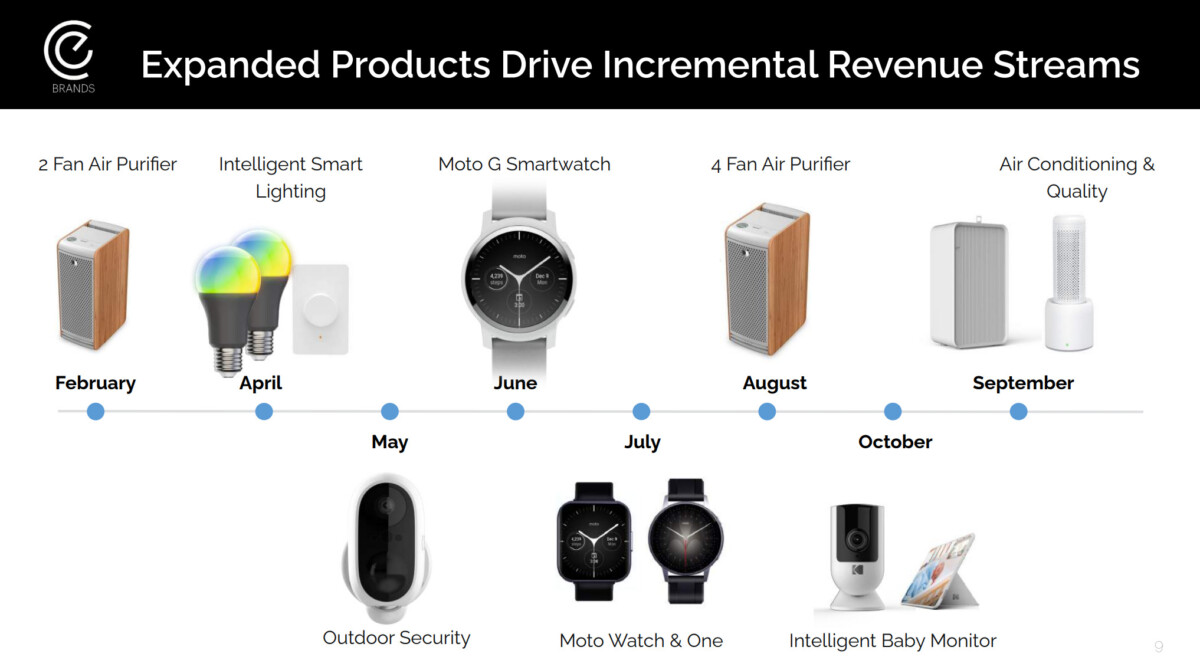 A slide shows the next product launches of eBuyNow

In presentation for investors, we learn that eBuyNow, which is about to merge with CE Brands, is preparing to release three new smartwatches under the Moto brand. Thus, the Moto G Smartwatch would be released in June and the Moto Watch and Moto One in July. Little information is available at this stage, apart from their appearance.

The Moto G Smartwatch would take the main features of the Moto 360, with some differences, especially in the case, which would now be clear, with two flat buttons on the right edge. If the naming convention follows that of Motorola, the Moto G Smartwatch should be the most affordable in terms of price, and thus could be a “light” version of the new Moto 360.

The Moto Watch would be rectangular, much more like the Apple Watch and would feature a single button located in the middle of the right edge. As for the Moto One, its design seems more worked, with a circular case and thinner borders.

The presentation in question also alludes to a partnership with Qualcomm, suggesting that the new watches would be equipped with Wear 3100 or 4100 processors. We should know more soon, at least about the Moto G Smartwatch, its launch being scheduled for this. summer.

Recent smartwatches offer more than just a pedometer. They now make it possible to measure heart rate, but also VO2max, SpO2 and even ECG. We will explain everything to you.
Read more