As Samsung prepares its first scrollable smartphone, the Dutch site LetsGoDigital has taken up the various leaks to visualize what the device could look like. 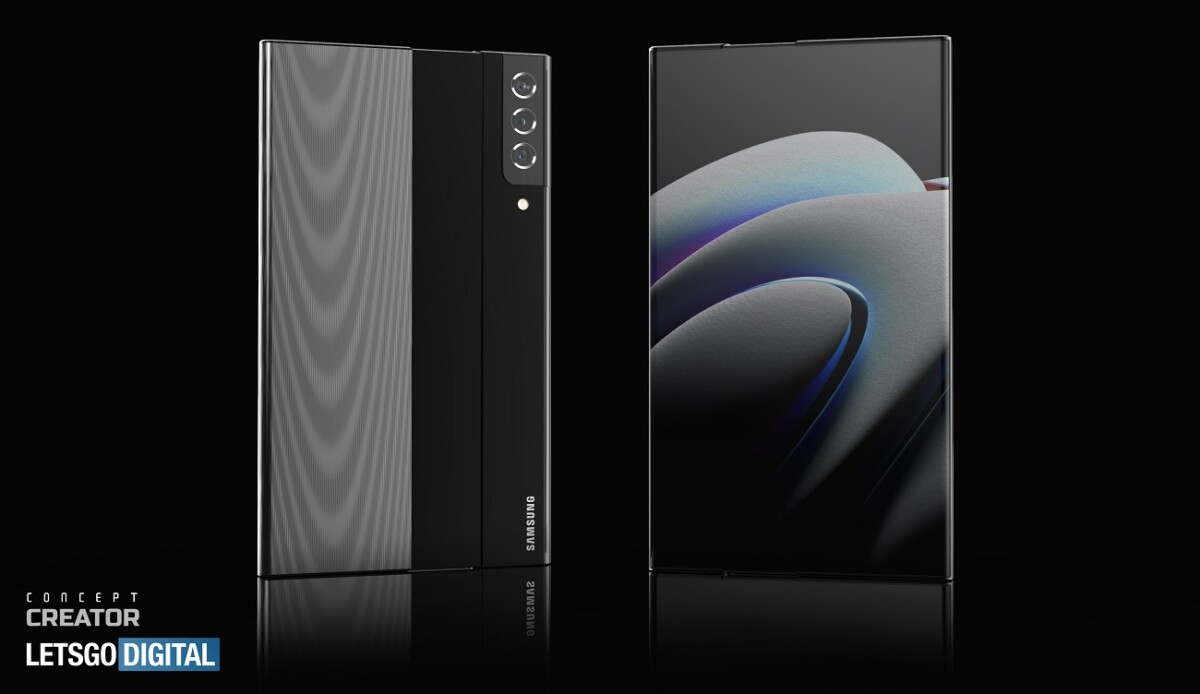 After foldable screen smartphones, like the Galaxy Z Fold 2 or Galaxy Z Flip, Samsung is reportedly working on a new device format, this time with a scrollable screen. Just like Oppo, LG or TCL, the Korean manufacturer would prepare a model in this direction.

It must be said that last January, the firm would have presented a first prototype, in closed rooms, during the CES in Las Vegas. Last month is the Korean newspaper Korea Herald which indicated that Samsung was planning a commercial launch as early as next year:

According to industry sources, development of Samsung’s roll-up smartphone is nearing completion and succeeds that of foldable smartphones like the Galaxy Z Fold and Galaxy Z Flip. The goal is to launch it next year.

Above all, a few days ago, a photo of Lee Jae-yong, vice president of Samsung, aroused the curiosity of many Internet users. The Korean official could be seen holding a smartphone model still unknown to the manufacturer in his hands. The photo, taken by Samsung communications teams and reported in the Korea Times, could therefore be a first glimpse of this scrollable screen smartphone.

3D renderings based on the different leaks

It is on this photo that LetsGoDigital was notably based, which produced several 3D renderings of the device. The Dutch site was indeed inspired by the visuals present in the various Samsung patents, but also by the photo of Lee Jae-yong, the various rumors on the smartphone or the expected design of the future Samsung Galaxy S21, especially for the integration of the photo module on the back.

Samsung’s sliding screen smartphone should have the advantage of being able to go from a fairly classic 6-inch screen to an 8-inch tablet format when the smartphone is stretched. An approach similar to that of the Oppo X 2021 presented last week by the Chinese manufacturer.