The leaker OnLeaks has released several 3D renderings of the Samsung Galaxy A52, one of the Korean manufacturer’s next mid-range smartphones. Enough to allow you to discover it from every angle. 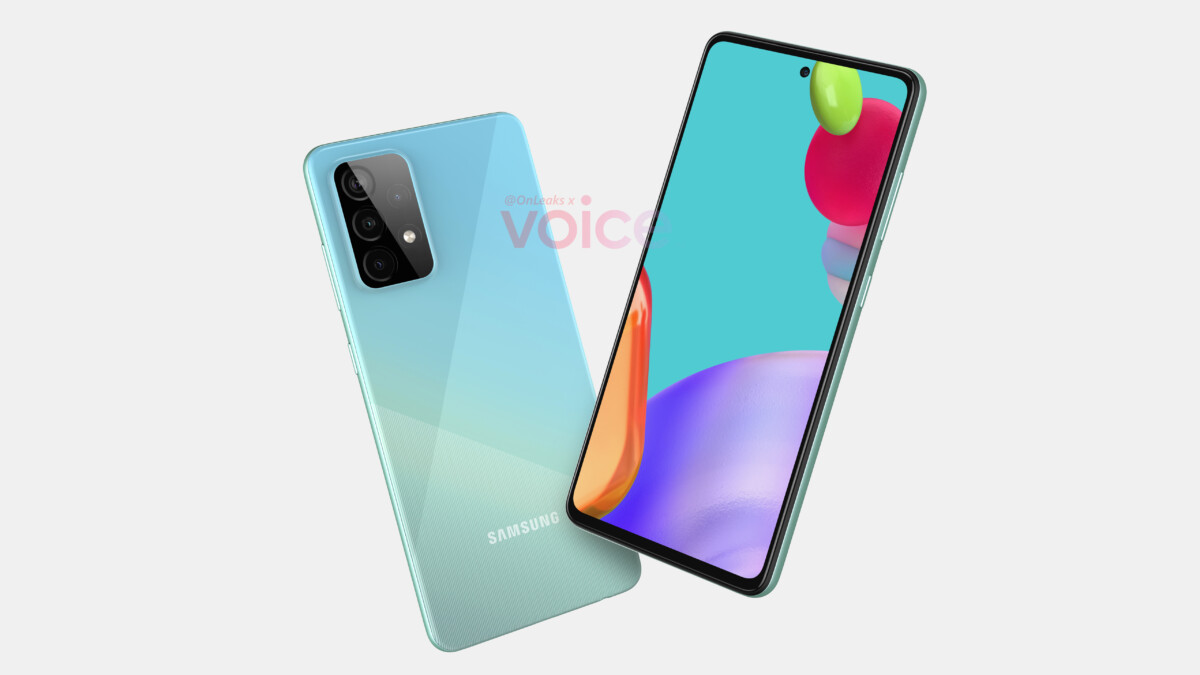 While all eyes already seem to be on the future Galaxy S21, expected next month, it is not the only Samsung smartphone currently in the pipes. Indeed, the Korean manufacturer is also planning an overhaul, like every year, of its mid-range.

Samsung should soon unveil the successor to the Galaxy A51, launched almost a year ago, the Samsung Galaxy A52. Even before its official presentation, the smartphone was leaked by the leaker French OnLeaks. In a publication on the Voice platform, he unveiled several 3D renderings made on the basis of the plans of the smartphone. We can thus discover a design that seems quite close to that of the Galaxy A51 last year.

A smartphone with four cameras on the back

The Samsung Galaxy A52 should measure 159.9 x 75.1 x 8.4 mm and would have a screen 6.5 inches diagonally. As with its predecessor, the screen would be punched in the middle of the top to incorporate a photo sensor for selfies. However, it would not be curved like the top-of-the-range models, with clearly visible borders all around the slab, especially on the lower part. The screen would also house the fingerprint reader.

On the back of the smartphone, we should find four cameras positioned in a rectangle with three devices on the left and a fourth on the right, above the flash. The back would also be made of plastic, like the classic Samsung Galaxy Note 20.

The volume and standby keys would be located on the right side of the screen, while on the lower edge we would find a USB-C jack, a speaker and a headphone jack.

It will probably take a few more weeks for Samsung to formalize its new Galaxy A52. However, a leak based on the 3D blueprints of the device usually means that the smartphone has already entered production or is in the process of being so. This should also be the case with the Samsung Galaxy A32, also unveiled a week ago by OnLeaks.