For its screens in general, and with the “The Frame” range in particular, Samsung has imposed an elegant and refined vision on its televisions. An aesthetic philosophy taken to its climax with the One Connect box, which eliminates the usual jumble of cables that accompanies modern televisions. 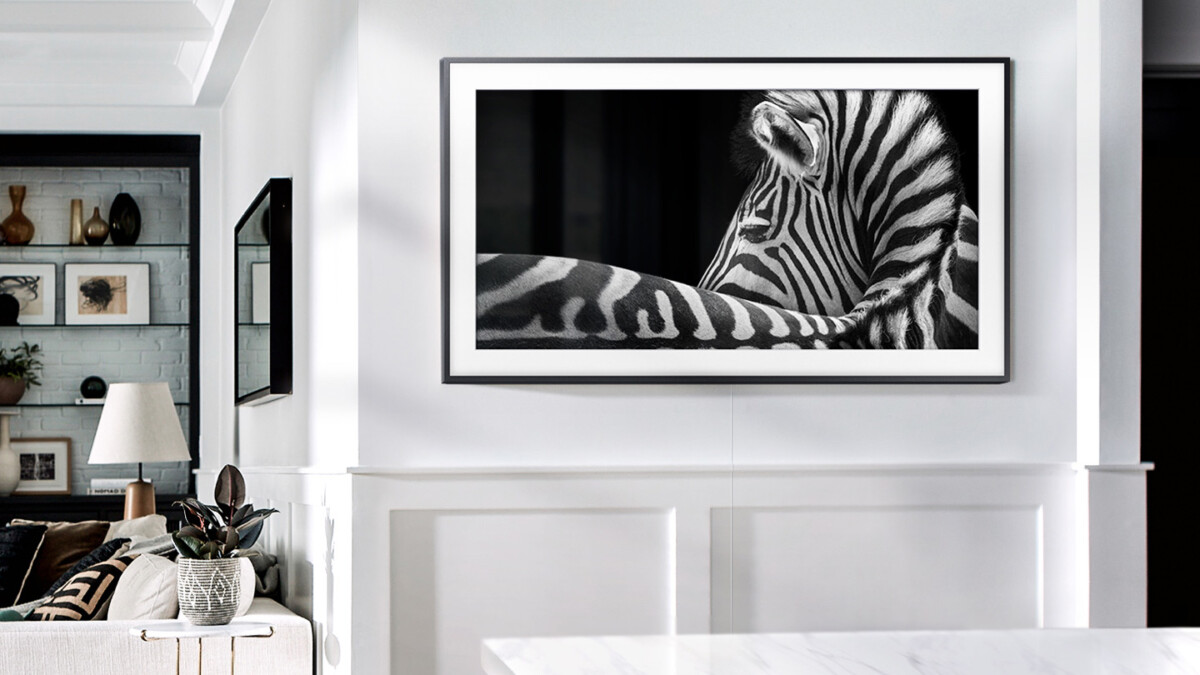 Sound bars, internet boxes, game consoles and other Blu-Rays players are all devices that revolve around televisions and fill the space dedicated to them. If most of these objects have been designed with care, with a certain aesthetic research, there is still one unsightly element which often spoils the installation: the cables.

Indispensable to the proper functioning of any audiovisual system, cables remain cumbersome, impractical, and inelegant if there is one. You just have to take a look behind any TV cabinet to realize that they are a real problem, especially at a time when TV manufacturers are offering screens with increasingly sober and refined designs.

Samsung has seized on this problem head on, putting its engineers on the spot to find an answer to the problems related to cables. The result ? Samsung One Connect, a remote box that accommodates all of the television’s connectors and keeps the aerial profile of its televisions. A brief overview of this case which pushes the cable management in its last entrenchments.

Samsung One Connect: a box to hide them all

Designed for The Frame models and high-end Samsung televisions, One Connect is presented as a small box that acts as a relay between the audiovisual ecosystem and the television, so as to highlight the screen and nothing but the ‘screen. In order to create this product, Samsung had the good idea to take all the ports that are usually found behind a television set and to deport them to an external box, leaving between the latter and the panel only a single optical cable, thin and transparent, blending easily into the decor. 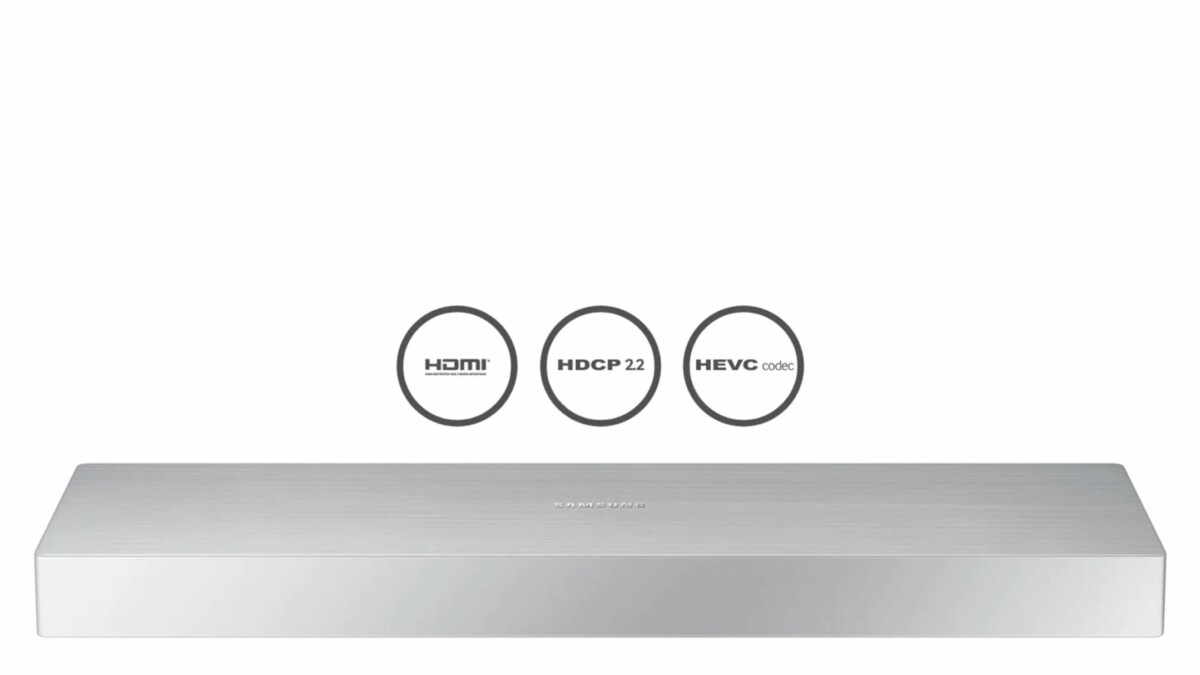 In addition to being practical, the One Connect box is rather elegant.

The real good idea lies in this optical cable which, in addition to its discretion, is able to transmit at very high speed all the signals that a television needs to function correctly, including power supply. It is therefore natural that we find an antenna input, YUV ports, scart and no less than 4 HDMI ports to connect TV boxes, Blu-Ray players and other consoles.

On the sound side, the One Connect offers the traditional Jack output, but also an optical digital audio output to accommodate a sound bar. USB ports, Ethernet and other IR Outs complete the range of connections offered to allow this box to manage an audiovisual installation as complete as it is supplied.

With this remote box intended to accommodate all unsightly cables to better camouflage them, Samsung offers an ideal solution to highlight the airy and light design of its televisions, The Frame in mind. Here are some Samsung televisions that are delivered automatically with this box.

A true concentrate of Samsung’s technical know-how, the QE55Q95T or more simply Q95T is a little marvel for lovers of beautiful images. Its 55-inch QLED Quantum Dots panel and Direct LED backlighting allow it to offer a bright image with a faithful color palette, full of contrast and precise details. Add to that a scanning frequency of 100 Hz for the fluidity of the image, a management of HDR10 + for the management of the contrasts and you obtain an ideal television to diffuse the contents 4K… Or the image of a PS5 or of a brand new Xbox Series X. 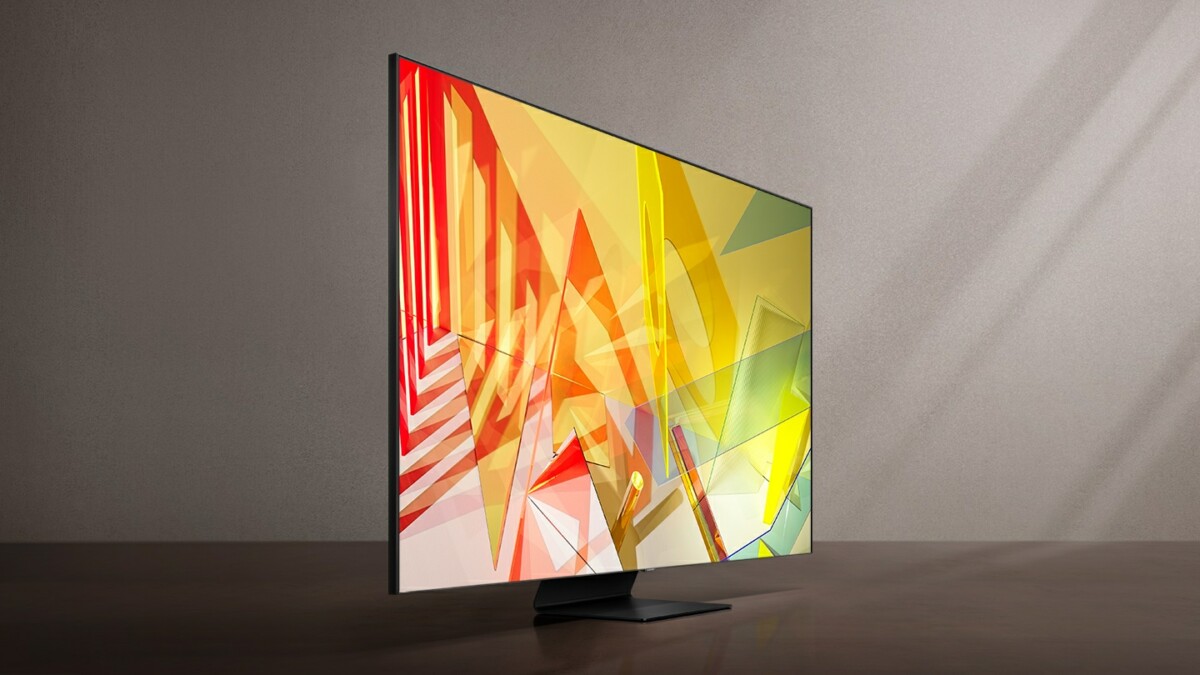 Compatible with the One Connect box presented above, this television also has Ambient 3.0 mode which allows it, when not in use, to broadcast decorative content (virtual wallpapers, photos, etc.) to blend in. little more in the environment and integrate naturally into the room.

The Samsung Q95T television is generally available for 1999 euros, but it is currently possible to discover it at Darty with a discount of 500 euros bringing it down to 1499 euros.

With the The Frame range, Samsung has pushed its aesthetic vision to the maximum by offering televisions designed to disappear once installed on a wall. As their name suggests, these televisions were designed as true frames welcoming the image. In addition to a wooden structure that surrounds the slab with a set of magnets, The Frame has an Art mode that allows you to natively display one of the 1,200 works available on the Art Store, transforming the screen into a real painting. when not in use. And with the almost invisible optical cable of the One Connect, as much to say that the illusion is perfect. 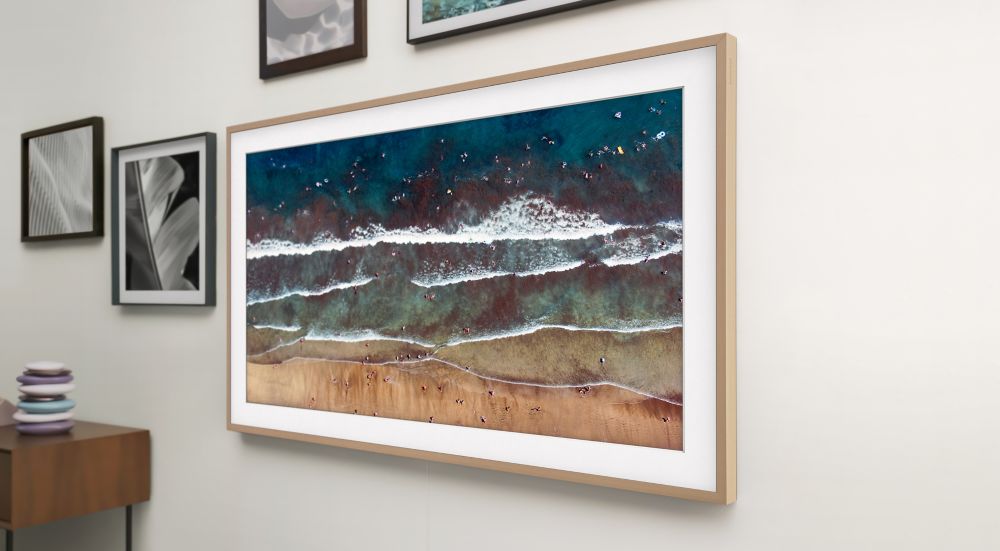 The Frame QE55LS03T has a 55-inch QLED panel with a definition of 3840 by 2160 pixels (4K UHD) and a scanning frequency of 100 Hz to ensure the picture fluidity and precision. The 4K Dual Led technology that powers this screen allows you to enjoy realistic colors as well as greater contrast and depth of the image.

The Frame QE55LS03T TV is currently available at Darty at a price of 1299 euros, or 200 euros less than its usual price. Thanks to a reimbursement offer, you can even lower the price by an additional 200 euros.

Finally, other The Frame televisions of the same range, but in different sizes, are on sale on the Darty site: