A new video posted on the Web shows us the third rear row of the Tesla Model Y in a seven-seater version. And it seems that the two back seats are more suitable for two children than two adults. 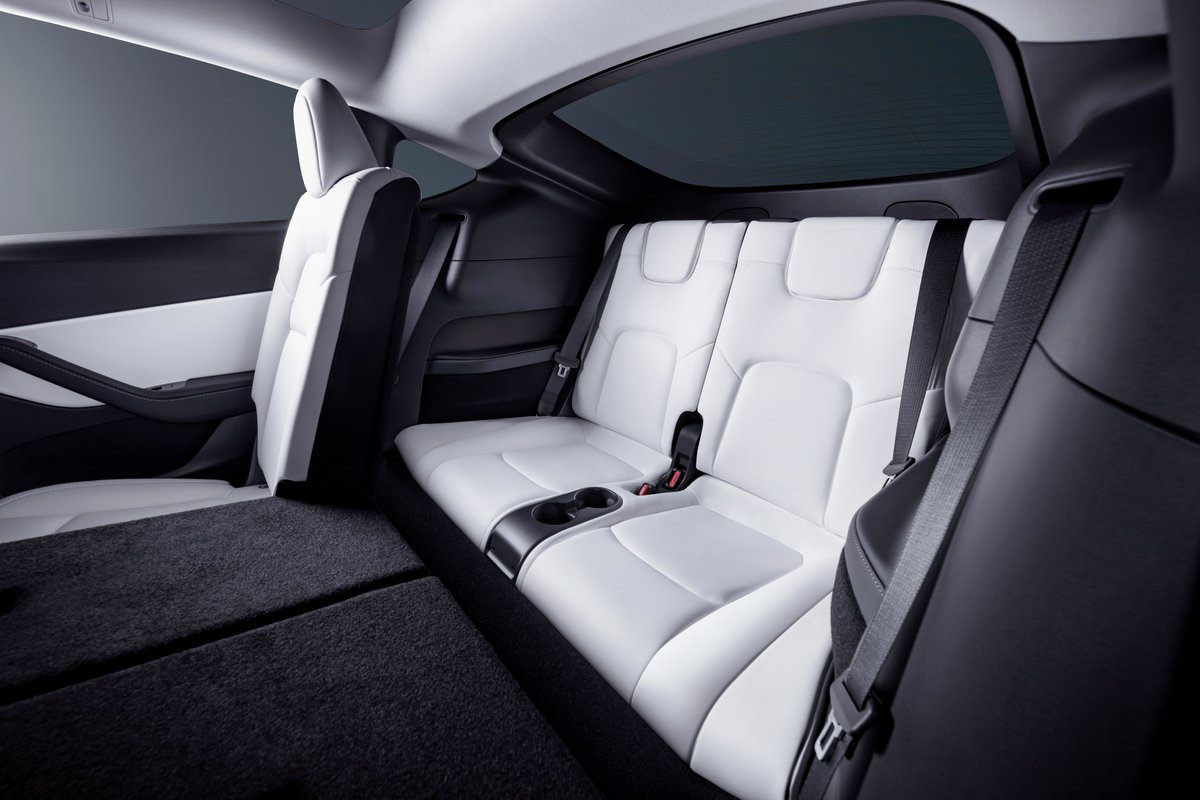 Remember: Elon Musk was promising to fit up to seven adults in his Tesla Model Y electric SUV when it was introduced in March 2019. Almost two years later, that seems to have changed very slightly. There is evidence to support this point: first, a video published on the Web – relayed by Electrek – shows us the famous third rear row of the vehicle.

Of course, no passenger sits on it so that we can get a clear idea of ​​the livability. But many Internet users pointed out the small space granted to people seated in these two places, according to their own estimates. The video does not zoom in on the legroom, but it is still true that the interior does not seem optimal.

A linguistic evolution that speaks volumes

Above all, a linguistic evolution noted on the official Tesla website tends to confirm this observation. Or rather, it readjusts the shooting as to the users able to settle on this third bench. So far, the American manufacturer claimed that its vehicle was suitable for seven adults: the Model Y is now suitable for seven people, which necessarily reshuffles the cards.

Clearly, this third row will mainly accommodate two child passengers, at the risk of experiencing a relatively uncomfortable journey if an adult ventures there. There is nothing dramatic about this slight evolution: the Model Y has established itself as a family electric vehicle that still has the capacity to carry up to seven people.

7-seater option of the Tesla Model Y: what price in France?

Let us nevertheless underline the enthusiasm a bit pronounced of Elon Musk: at the time, it would have been more correct to mention “seven people” and not “seven adults”, even to play the card of sincerity by specifying that only two children could really take advantage of that rear third row.

But let’s not go too fast and wait for the first feedback from testers on the livability of the car in the seven-seater version. In France, the latter is billed for 3,200 euros. The Tesla Model Y will land in Europe once the Gigafactory in Berlin is operational, i.e. by summer 2021.