By running aground on the Suez Canal, the cargo ship Ever Giver is blocking one of the most important routes for global maritime trade and is certainly worrying tech players who are already threatened by the risk of shortages. 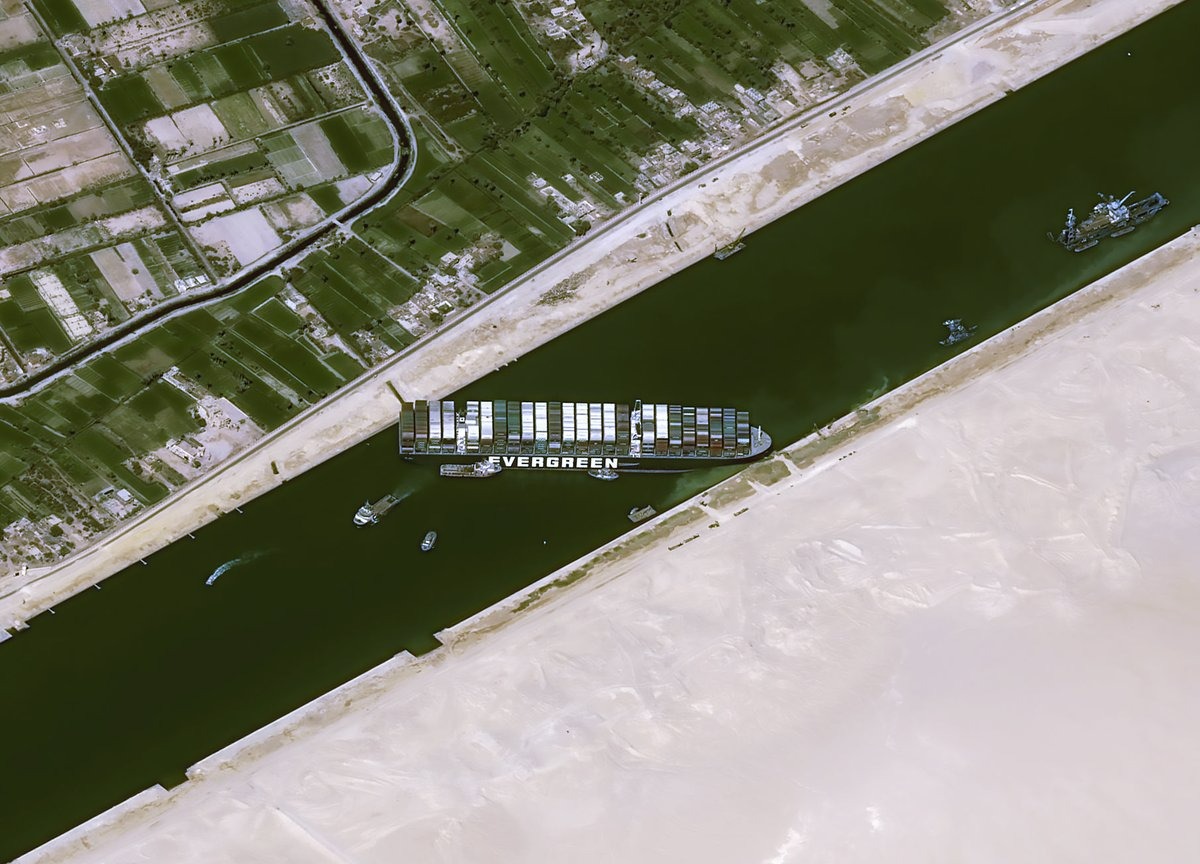 The Suez Canal is blocked by a stranded container ship // Gamesdone: Airbus Space

You have probably seen this information passing by: the Suez Canal has been blocked for a few days after a cargo ship ran aground there, blocking this key location for globalization and international trade. Obviously, the tech sector, already worried by a risk of global shortage, will also be affected.

The importance of the Suez Canal

Remember that the Suez Canal accounts for 10% of global maritime trade with around 1.1 billion tonnes of goods that pass each year along this 193-kilometer passage through Egypt.

Running aground, the imposing container ship Ever Given – operated by the company Evergreen – thus prevents a plethora of other freighters from taking this route. The latter gather at the entrance to the canal and will not deliver their goods on time.

The impact on our tech products

In Europe, it is possible that significant effects can be felt on manufactured products such as smartphones, PCs or graphics cards. Thus, Paul Tourret, director of the Higher Institute of Maritime Economy (Isemar), explains the newspaper The Parisian that, each year, ” we must turn around 14 to 15 million full containers, 75% of which come from China “.

We are dependent on Chinese manufactured products. However, in the containers, there are at the same time your telephone, elements of construction of a car or parts reserved for the construction of wind turbines.

Delays in supply are therefore to be expected, because although cargo ships from Asia can still pass through the Cape of Good Hope in South Africa or through the Panama Canal in Central America, these alternative routes will require more time. time and fuel.

The tech world in the throes of a shortage

If theEver Given takes time to be dislodged, this could accentuate the shortage that hangs over the industry in this year 2021. The balance between supply and demand has been severely disrupted due to the health crisis and the lack of components now seems gone to last.

Qualcomm is already struggling to supply its chips and we are preparing to bite the bullet on Xiaomi’s side while Samsung could outright sacrifice its Galaxy Note because of that. The concern is already being felt in the world of PCs and especially graphics cards with very low stocks and soaring prices.

The concern has taken on political proportions: the United States is putting pressure on suppliers in Taiwan, but the country is hit by a drought that could worsen the situation.

All this tends to prove that several major players in the tech industry must have their eyes riveted on this large freighter blocking the Suez Canal, hoping that the traffic will quickly resume its course without causing more concern.

To read on Numerama: Cargo stuck in the Suez Canal: the naval traffic jam can be seen from space