Qualcomm has just announced the Snapdragon 778G, a new chip that relies on its ISP and artificial intelligence to improve the photo aspect of mid-range smartphones while continuing to offer good performance for gaming. 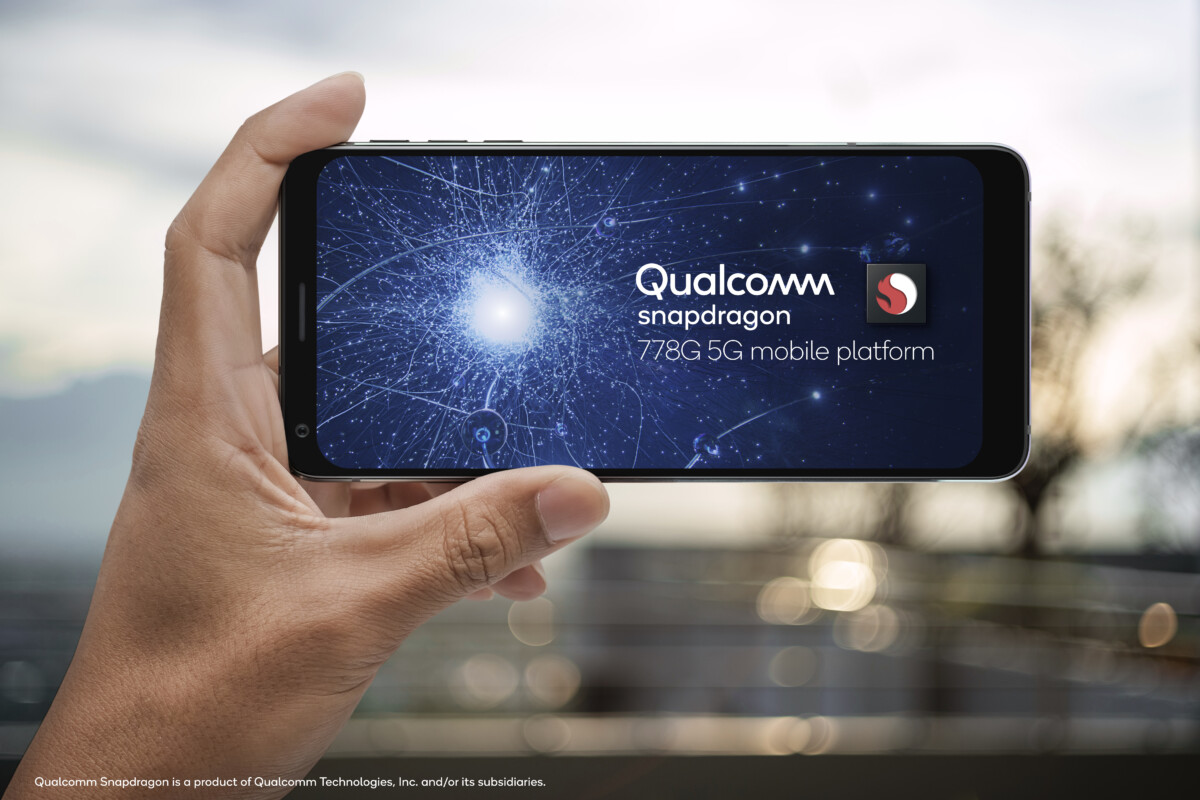 While smartphones tend to standardize themselves on many points and to offer a power going beyond what the majority of consumers require on a daily basis, the main point of differentiation today is mainly played on the photo part. Qualcomm has understood this and is spending the second to offer notable improvements at this level on mid-range smartphones. Welcome to the Snapdragon 778G.

Successor of the Snapdragon 768G – which we haven’t seen much here – the Snapdragon 778G takes back its main strengths with 5G compatibility and good performance in games, but the point that detonates is quite different. During its presentation, Qualcomm focused on photo and video.

It must be said that the S768G is the first mid-range SoC to have a triple ISP (Spectra 570K), like the Snapdragon 888. This notably allows it to process live the stream of three sensors simultaneously. This can obviously be useful for those who want to broadcast different points of view at the same time, but coupled with artificial intelligence, it especially allows to bring more information to the final rendering. In video, it therefore becomes possible to capture HDR10 + by combining color, contrast and brightness information from the three sensors, and to add electronic stabilization in video.

And artificial intelligence, the Snapdragon 778G is not lacking. The chip embeds the sixth generation of Qualcomm’s engine with a Hexagon 770 DSP capable of performing 12 TOPS. Compared to the S668G, it thus doubles its performance per Watt. When we know the battery drain of a video capture on our smartphones, we can only appreciate the evolution.

This artificial intelligence will obviously play on other elements than the photo and the video. It allows for example, during video calls with the front camera, to apply a bokeh effect to the background with a single sensor, or to adjust the ambient volume to reduce surrounding noise and focus on the voice. of the interlocutor.

Gaming still in the spotlight

Qualcomm’s nomenclature is quite explicit: its chips whose name ends with “G” are designed for gaming. This Snapdragon 778G is no exception to the rule and Qualcomm announces 40% better performance, both on the CPU and on the GPU, compared to the 668G.

To this, Qualcomm also adds features that were previously reserved for very high-end chips, such as the Variable Rate Shading or Qualcomm Quick Touch. The first aims to handle the rendering definition of the image differently depending on the screen area in order to save computing power and reserve it for what really matters. The second technology, proprietary this time, reduces touch latency (by 20% according to Qualcomm) for better responsiveness of in-game controls.

Regarding the architecture of the SoC, no real surprise apart from the triple ISP. We find an octo-core CPU (4 Cortex-A77 and 4 Cortex-A55) engraved in 6 nm, an Adreno 642L GPU, as well as a 5G Snapdragon X53 modem compatible with sub-6 and millimeter frequencies. This chip also supports multi-gigabit 6 and 6E Wi-Fi and Bluetooth 5.2.

It also supports screens up to Full HD + definition with a refresh rate of 144 Hz. Once again, we can feel the gaming dimension of the chip here.

The Snapdragon 768G is expected to be available in phones as early as the second quarter of 2021, which therefore ends next month. Some of the partner brands include Honor, Motorola, Oppo, Realme, Xiaomi and Iqoo. It remains to be seen whether these models will be released in France.