A leaked benchmark on Twitter unveils a first clue of the RTX 3070’s performance, expected later in October. On Ashes of The Singularity, Nvidia’s new mid-range card would indeed be able to match an RTX 2080 Ti … for a price of 519 euros in France. 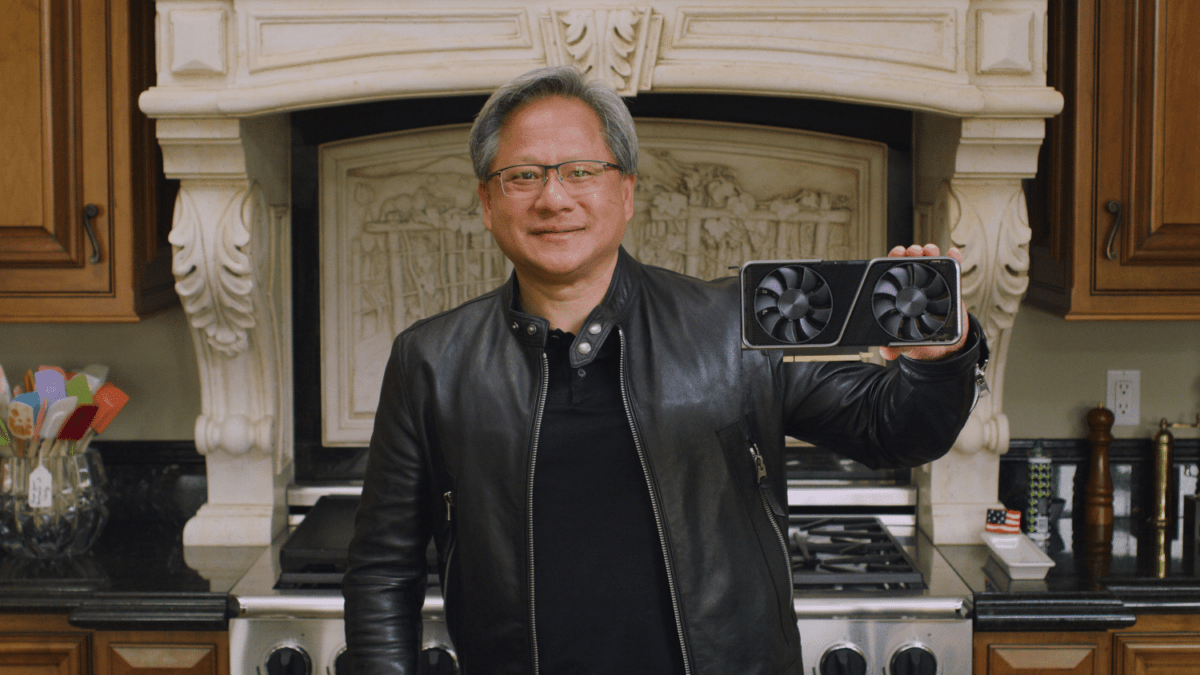 Announced alongside its big sisters RTX 3080 and 3090 during the Nvidia conference held at the beginning of September, the RTX 3070 has so far mainly stood out with a launch postponed for two weeks. A leaked benchmark on Twitter nevertheless allows us today to have a first index of the performance of the chip. For 519 euros, the RTX 3070 would indeed be able to equal more or less the performance of an RTX 2080 Ti sur Ashes of The Singularity, a title which still favored AMD GPUs a few years ago.

We are therefore getting closer to the promises made by Nvidia, since the brand had mentioned a faster card than the RTX 2080 Ti. According to the benchmark shared by rogame, then relayed both by VideoCardz and WCCFTech, here we are, but mostly in 1080p.

The sword of Damocles Radeon hangs over the RTX 3070

The difference in performance seen from chip to chip fits in a pocket square anyway, and the RTX 3070 could gain ground on titles in ris tracing capable of taking advantage of the dual channel processing unique to the new Ampere architecture. Mass is therefore far from being said. 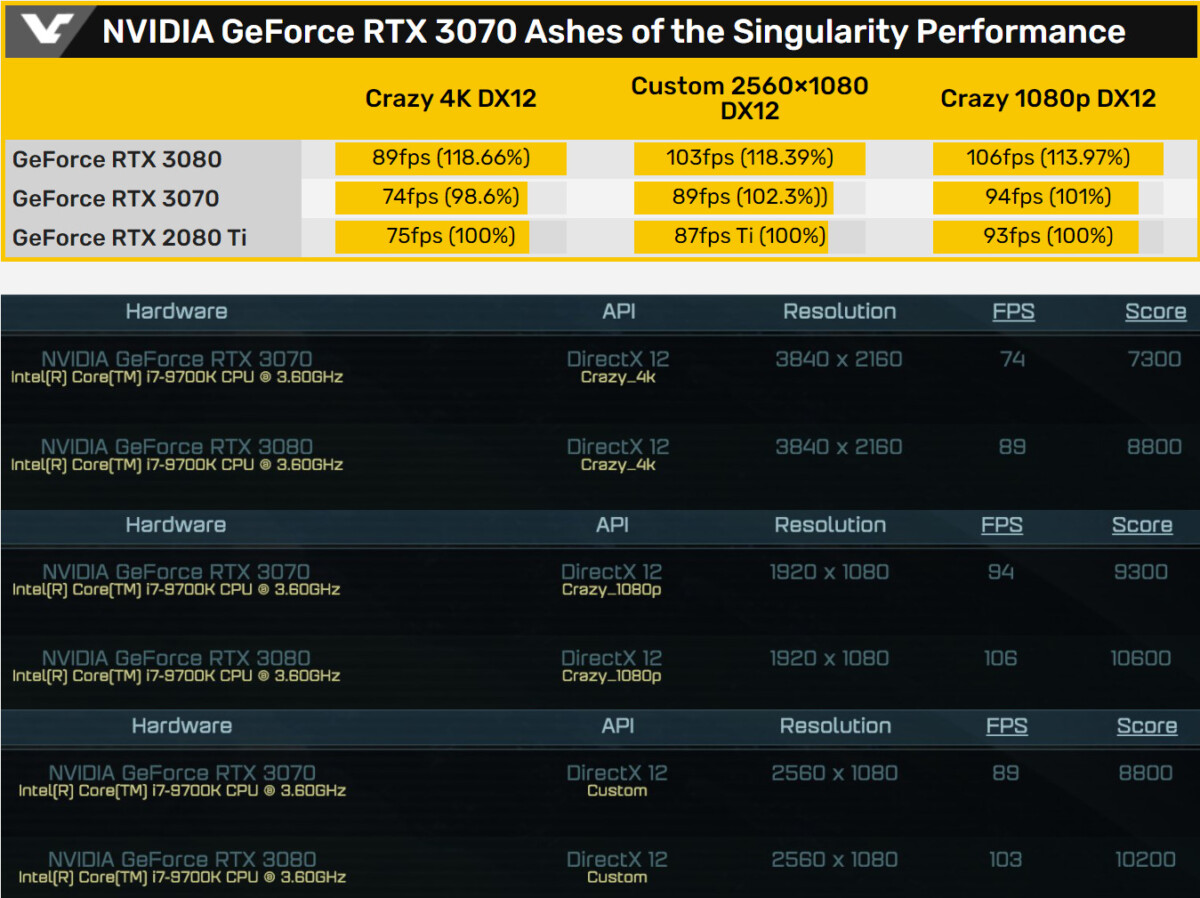 The fact remains that if the RTX 3070 is positioned in a priori aggressively in the lineup Nvidia at the end of 2020, the card will have to contend with the Radeon RX 6000 that AMD must still announce on October 28, just one day before the arrival of the 3070 on the market. This staggering of launches from one brand to another could nevertheless benefit Nvidia. The brand could indeed take advantage of the players’ expectations (between the announcement of the Radeon news and the publication of the first independent tests) to build up enough stock of RTX 3070s… and possibly meet strong demand if AMD were to disappoint.