Make the industrial version of the Raspberry Pi 4, the Compute Module 4, more versatile. This is the goal of Piunora, a carrier board tailored specifically for the Raspberry Pi CM4. It allows it for example to accommodate an SSD in M.2 format or an acceleration module … but not only. 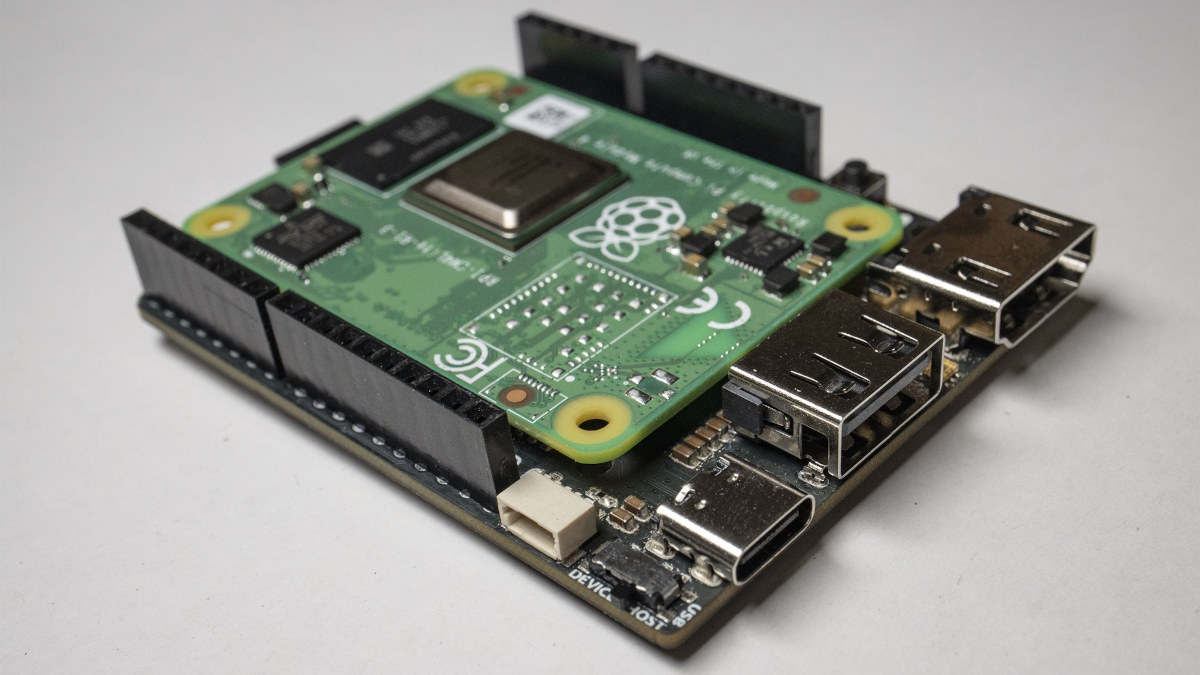 Designed by Timon and featured on Twitter recently, Piunora is an interesting carrier card: it allows many ports to be added to the recent Raspberry Pi Compute Module 4. More compact than the “classic” Raspberry Pi 4 and designed primarily for industry and integrators, the latter can therefore rely on Piunora to embed, among others, a full-size HDMI port, a USB-C input (for data transfer and power), a USB-A port and a camera connector.

The main interest of this carrier card is nevertheless to adopt a from-factor close to what the Arduino offers, while having six ADC pins and an M.2 socket (Key B). Based on the PCIe signal of the Broadcom BCM2711 SoC, embedded by the Compute Module 4, this socket can accommodate, for example, an SSD in M.2 NVMe format, or a Coral ML acceleration module, as in the image below shared by Timon. 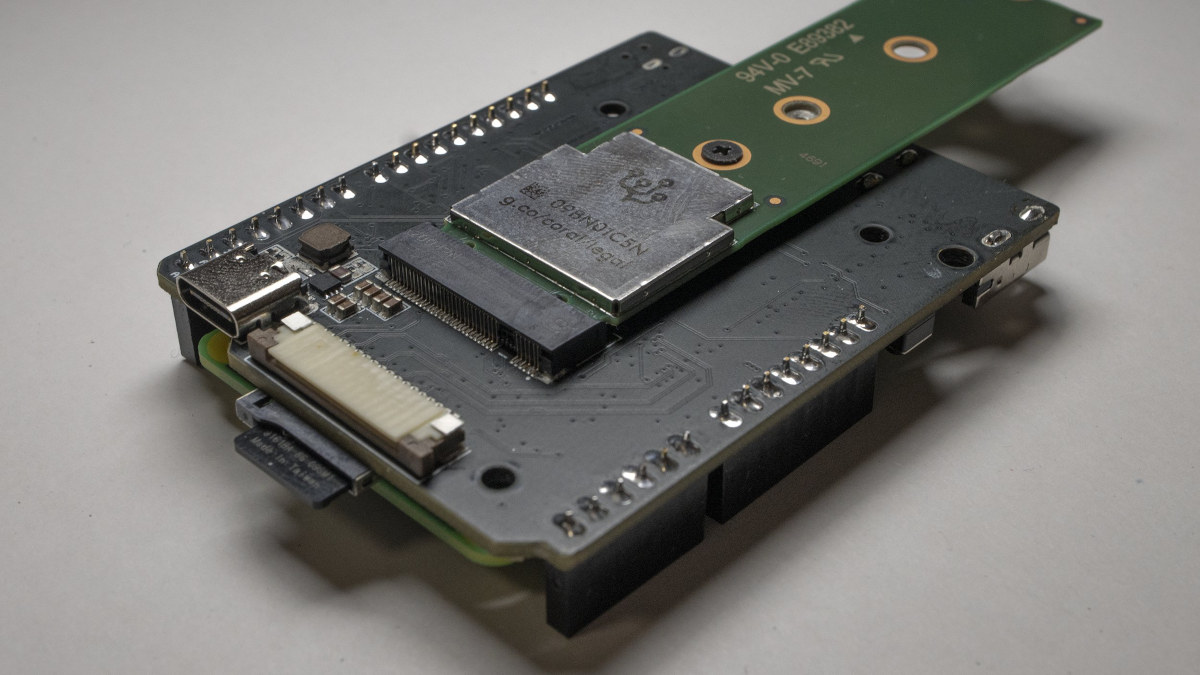 Carrier card is looking for distributors

As reported CNX Software, most of the uses of the Raspberry Pi 4 can be transposed to the Compute Model 4 thanks to this carrier board, but the latter has been designed specifically for CircuitPython and microcontroller programming. Timon’s idea is to use the Pi CM4 as a USB gadget rather than as a host device. The device is then doomed to follow the same development flow as an MCU card, directly on the computer.

ADC is also working, yay
That’s the last peripheral I had to test, which means that absolutely everything is working in rev. 1 which feels very weird. Rev. 2 must going to be a disaster… pic.twitter.com/3G263urBD1

For the time being, the work carried out on Piunora is progressing well. The map is fully functional in its first revision, but a second version should be up-to-date shortly. Timon, its designer, is also looking for distributors for Piunora. Given its current state of progress, the latter could arrive on the market in the first half of 2021.

If you want to be kept informed of its launch, You can register here. You will finally find all the technical specifications of the card in the article from CNX Software.