Samsung is reportedly working on a technological innovation for its next Galaxy S range: a front camera completely hidden under the screen. But with a little subterfuge compared to its competitors. 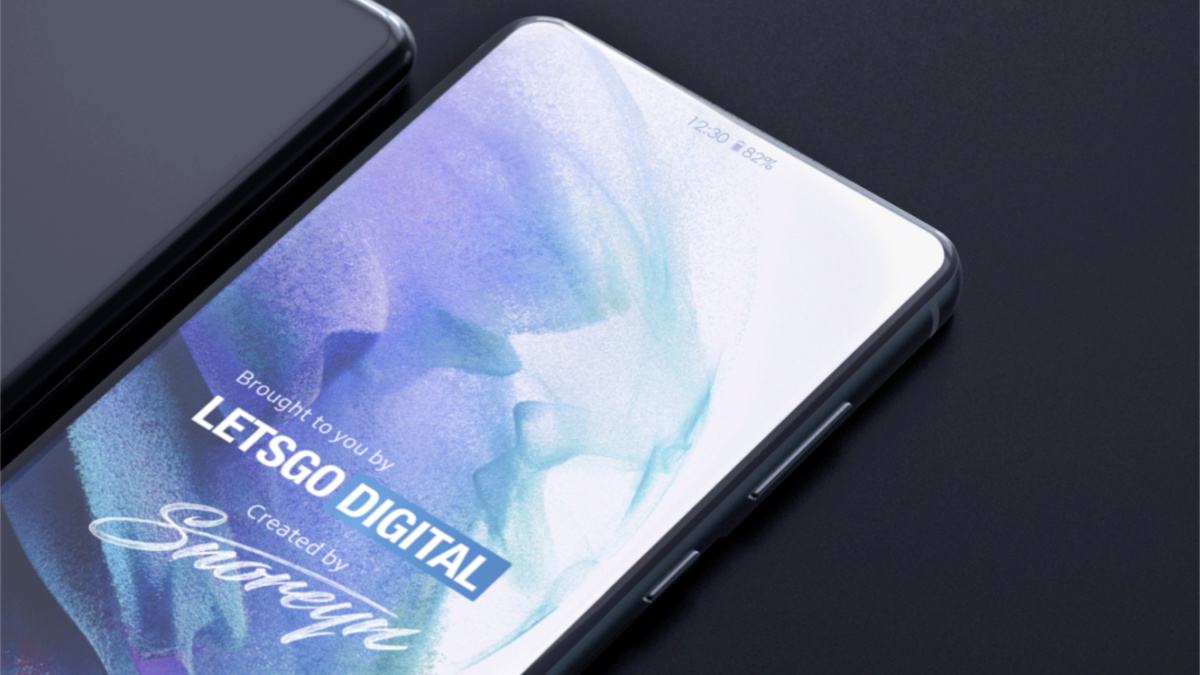 Concept of a possible Samsung Galaxy S22 with a camera under the screen // Gamesdone: LetsGoDigital

The Galaxy S21 is not yet there that we are already talking about its successor. According to the site LetsGoDigital, which flushed out a patent obtained on December 24, Samsung is working on an innovative selfie camera for its range.

If it was still embedded in a punch, it would now be hidden under the screen. Better yet: it would totally disappear when the camera is inactive.

A sub-touch screen to hide the camera

In June 2020, Samsung filed a patent application with the World Intellectual Property Office (WIPO) for its total screen concept with camera in a punch. It will consist of a double sensor and a flash. The camera is covered like an internal mechanism in the smartphone in the form of an integrated pop-up when not in use.

Interesting thing with the technology initiated by the South Korean: we have a screen on the front and a sub-screen below comprising the camera. According to LetsGoDigital, it is on this sub-screen, located in a transparent area at the top of the device, that the time, notifications or the battery status would be displayed.

When reassembled, the camera is thus hidden. As soon as the latter is activated, the sub-screen moves down and the photo or video is taken through the transparent area. The camera could also be partially “unmasked” as needed (iris recognition, for example).

Representation of the camera system under the screen on the possible Samsung Galaxy S22 // Gamesdone: LetsGoDigital

After consulting the documentation accompanying the patent obtained, the Dutch site spotted the appearance of additional features on the power button, on the edge of the smartphone. This could allow manual control of the subscreen when needed. The sub-screen is a touch-sensitive surface and can also be activated with the finger in the same way that the top menus for options, notifications, access to parameters, etc. are lowered on smartphones.

Management of the sub-screen on the possible Samsung Galaxy S22 // Gamesdone: LetsGoDigital

This could notably allow the sub-screen to be used to display notifications. Clicking on them would then open on the larger main screen. The sub-screen would also be compatible with the Samsung S Pen of the Galaxy Note, which is however announced at the end of its life.

The South Korean is not the first to want to remove the space occupied by the camera on the screen. Xiaomi has already presented a concept. ZTE even unveiled the Axon 205G, the first official model with camera technology under the screen. But the latter’s prowess did not ignite the crowds and photo quality remains approximate, according to early observers. Above all, the camera remains visible under certain display conditions despite a special film used to hide it as much as possible.

On the side of Samsung, the thinking seems quite different. By opting for a transparent area that a sub-screen occupies to hide the camera, the Asian giant does not compromise on quality. The module would always take advantage of the incoming light for its photo sensor, making it possible to maintain a high image quality and not a camera masked by the panel and a film that makes it disappear as much as possible.

It remains to be seen when this new technology will appear. Samsung likes to advance its innovations on its Galaxy A range. We could therefore have a first approach very quickly. But the most likely seems to be patiently patient a little longer to see the Galaxy S22, flagship of the brand, to be equipped in 2022.