AMD’s magic Smart Access Memory feature is coming to the Nvidia GeForce RTX 30s. It first appeared on the RTX 3060 released earlier this week, pending all RTX 30s to benefit from it.

Nvidia has started rolling out support for Resizable BAR, a feature of PCI Express that can increase the frame rate in some games by up to 10%. We talk about it in our test of the GeForce 3080 mobile precisely.

What is Nvidia Resizable BAR?

It was announced since the end of 2020, the new GeForce RTX 3060 graphics card is the first to integrate Resizable BAR. This function allows the processor to access all of the VRAM in the form of a single addressable block and not only by blocks of 256 MB. Already deployed by AMD under the name of Smart Access Memory (SAM) for its Radeon RX 6000 graphics cards, this functionality is actually based on the Base Address Register (BAR) specification of the PCI-Express interface.

What results for Nvidia Resizable BAR?

We have not yet been able to test the function of Nvidia, our test of the RTX 3060 will certainly be published in March 2021 and we will therefore have the opportunity to get an idea of ​​its effectiveness.

The first thing to know is that currently very few games are compatible: Assassin’s Creed Valhalla, Battlefield V, Borderlands 3, Forza Horizon 4, Gears 5, Metro Exodus, Red Dead Redemption 2 and Watch Dogs: Legion. Other games will support the function, however we will have to wait for future announcements. 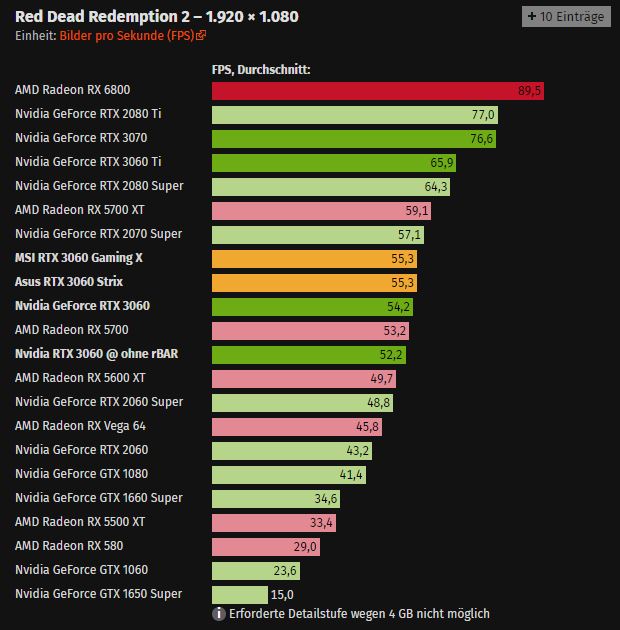 The media Computer base was able to test the function on the first games in Full HD definition. From what you can see, the increase is about 4% more frames per second (fps) on average. This adds 1 to 4 frames per second depending on the game. In Watch Dogs: Legion, for example, you get 49.6 fps without rBAR and 51.4 with.

We are still far from the results of AMD Smart Access Memory (SAM) where we can observe up to 10 fps more depending on the game. We will have to wait for rBAR to appear on more and more games as the new Nvidia GeForce drivers are deployed.

How to benefit from Nvidia Resizable BAR?

To access this feature, you will need the appropriate processor, motherboard, and graphics card. Nvidia is working with AMD and Intel to provide chipset support. 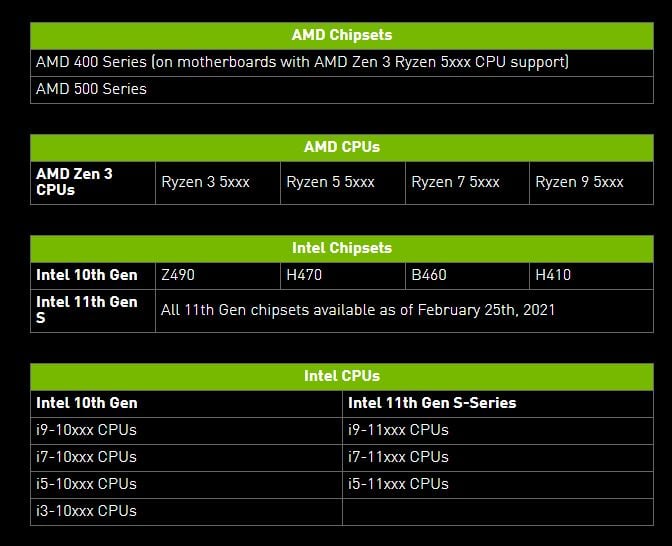 Are you looking for a new processor for your computer and found yourself lost in this vast market? Here is our selection of the best processors to fully enjoy your games and applications.
Read more