Ultra compact, the new Mac mini could have been even more if we are to believe this first disassembly of the device, which reveals ever more compact components … despite a chassis whose format has hardly changed since 2010 . 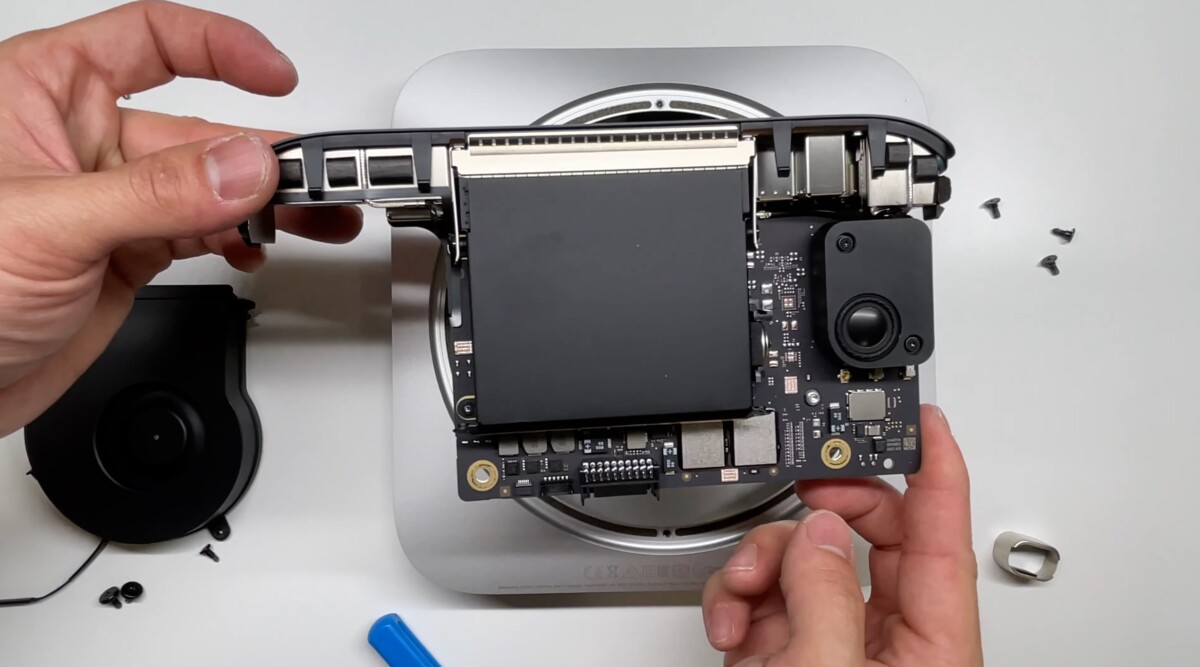 The Mac mini M1 motherboard seems even more compact than in the past // Gamesdone: Brandon Geekabit

Motherboard, power supply, dissipation system, it all fits easily in the small aluminum casing of the Mac mini. But, despite the significant miniaturization from which these various components have benefited in recent years, Apple has not seen fit to shrink the format of its compact Mac… whose case has hardly changed in 10 years. Result: the Mac mini under Apple M1 processor swims a little in its t-shirt, or rather in its chassis. And even more than its big brothers under Intel processors.

This is in any case what we see on one of the first disassembly videos published on the net. We can see a Mac mini M1 with the circuits in the air and a case less and less filled.

Apple retains the same component access system as on previous Mac mini, with a plastic cover to remove on the underside of the case, then a thin aluminum plate to detach (taking care to preserve the antenna cable Wi-Fi connected to the motherboard). We then find the fan (more or less identical to that of Mac mini under Intel CPU), then the motherboard itself.

The latter appears a little smaller than that of the models launched in the last two years, and for good reason: Apple no longer allows the replacement of RAM modules. A point which had nevertheless contributed to the success of the latest Mac mini under Intel processors.

This abandonment makes it possible to further reduce the size inside the chassis (due to the absence of SO-DIMMs, which are larger than soldered RAM), but Apple does not take advantage of this novelty to reduce the overall format of its new Mac mini. The latter is thus perfectly identical to its predecessor in terms of measurements. A rather questionable use of the available space, all the more obvious as in its beginnings the Mac mini precisely relied on a record occupancy rate of the space available inside its chassis.