The Chinese Game Pad Digital, better known by the acronym GPD, presented this Monday the design of its new mini gaming computer, the GPD Win 3. With a look to say the least particular, this new model can bet on its interior beauty … and above all on latest generation components. 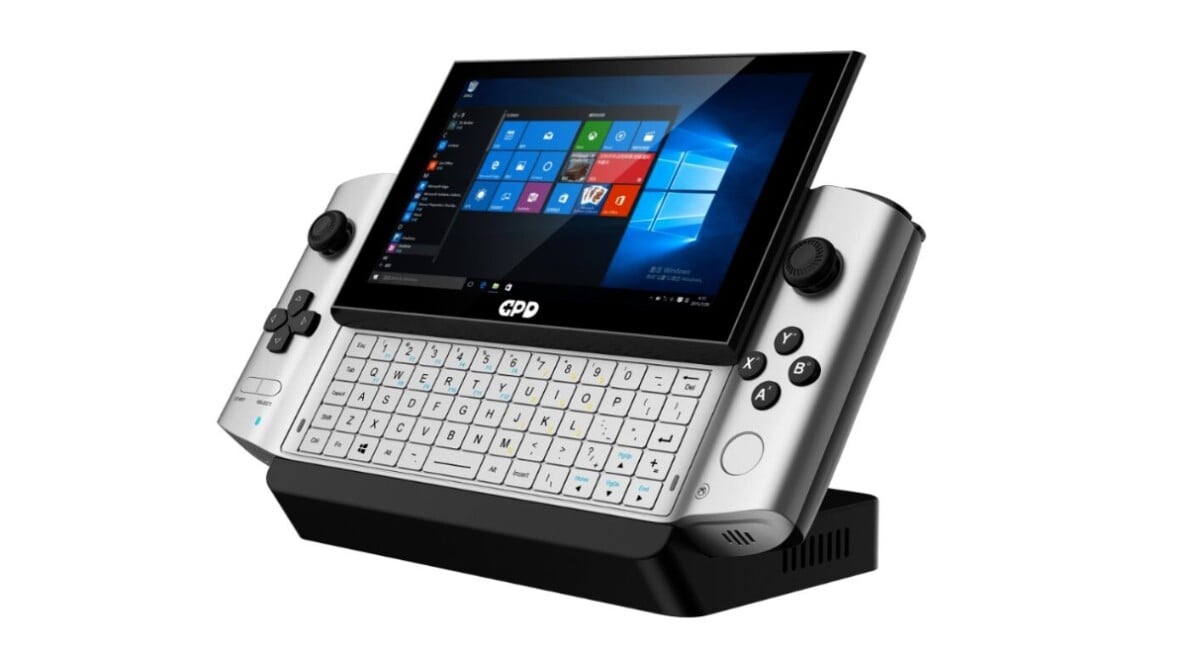 The GPD Win 3 is revealed on Twitter, with an 11th generation Intel Core, a sliding screen and a removable dock // Gamesdone: GPD – Twitter

Goodbye the very classic foldable design of the old Win GPDs, the Win 3 changes its formula to be even closer to a portable console or an improved PDA, it’s up to you. Unveiled on Twitter this Monday by its manufacturer, the device is also reminiscent of the lines of the astonishing UMPC (Ultra Mobile PC) that Sony launched its late Vaio brand in 2007 (discontinued in 2014). If it is nothing of a fashion style, the GPD Win 3 nevertheless trades the Core i5-1035G7 of the GPD Win Max, launched last spring, for a latest generation Intel Tiger Lake processor… and iGPU Xe. With him, the promise of a graphic part in progress.

An enticing technical sheet on the run

According to MSPowerUser, the GPD Win 3 would indeed embed an Intel Core i7-1165G7 processor (4 cores / 8 threads clocked between 1.20 GHz base and a maximum of 4.7 GHz in boost, 12 MB of unified cache, and between 12 and 28 W of configurable TDP). This new chip embeds one of the best equipped Iris Xe iGPUs in Intel’s new Tiger Lake range. In particular, there are 96 execution units clocked at 1.30 GHz.

As the visuals broadcast by GPD reveal, the screen will be able to slide on the keyboard so that only the controller part of the chassis is visible (pads, directional cross, buttons A, B, X, Y, triggers, etc.). On the other hand, we do not know what the connection of the machine will be, but we should at least rely on a USB-C port providing 65 W charging, indicates MSPowerUser. The latter could be compatible with the new Thunderbolt 4 standard, but at this time nothing has been formalized.

GPD has nevertheless indicated that the device can be placed on a dock (visible in the photos) which will carry additional ports. For the moment, only the presence of an HDMI output has been confirmed by the brand on Twitter, but others should also be relevant.