More and more users are going directly to the web version of Google Shopping in order to save time, leaving the dedicated application in the closet. Google has therefore decided to end the latter.

Google develops many applications, both on Android and iOS. However, with this ever increasing number of applications, users can sometimes get lost. It must be said that with over 150 apps on the Google Play Store, it’s hard to keep pace. To put it simply, the Mountain View firm will abandon the development of its Google Shopping application in favor of its web version.

Google has confirmed to 9to5Google that the development of its Google Shopping application was about to cease. The latter is used less and less, which is not the case with its web version. The application was launched for the first time in 2019 and allows you to reference thousands of items from different resellers (Boulanger, Amazon, Cdiscount, Rakuten, Ubaldi, etc.).

Google Shopping has four parts. A first (home page) which allows you to see the articles recommended by various algorithms, a second dedicated to notifications concerning promotions or the tracking of orders made from Google Shopping, a third page to display past orders and a last serving basket to see the items awaiting payment.

However, many users prefer the web version of Google Shopping, which is much more ergonomic. It is for this reason that Google therefore decided to stop the development of the application. Removing this thorn will allow the firm to focus on the web version in order to improve the user experience.

An application that is already showing signs of abandonment

This is a message posted on XDA which put the chip in the ear of 9to5Google. The published screen shows an error while loading the application. Intrigued, the media therefore requested information regarding this problem. Google has confirmed the shutdown of the Google Shopping application. The developers will be working on it until June to allow for a smooth transition. 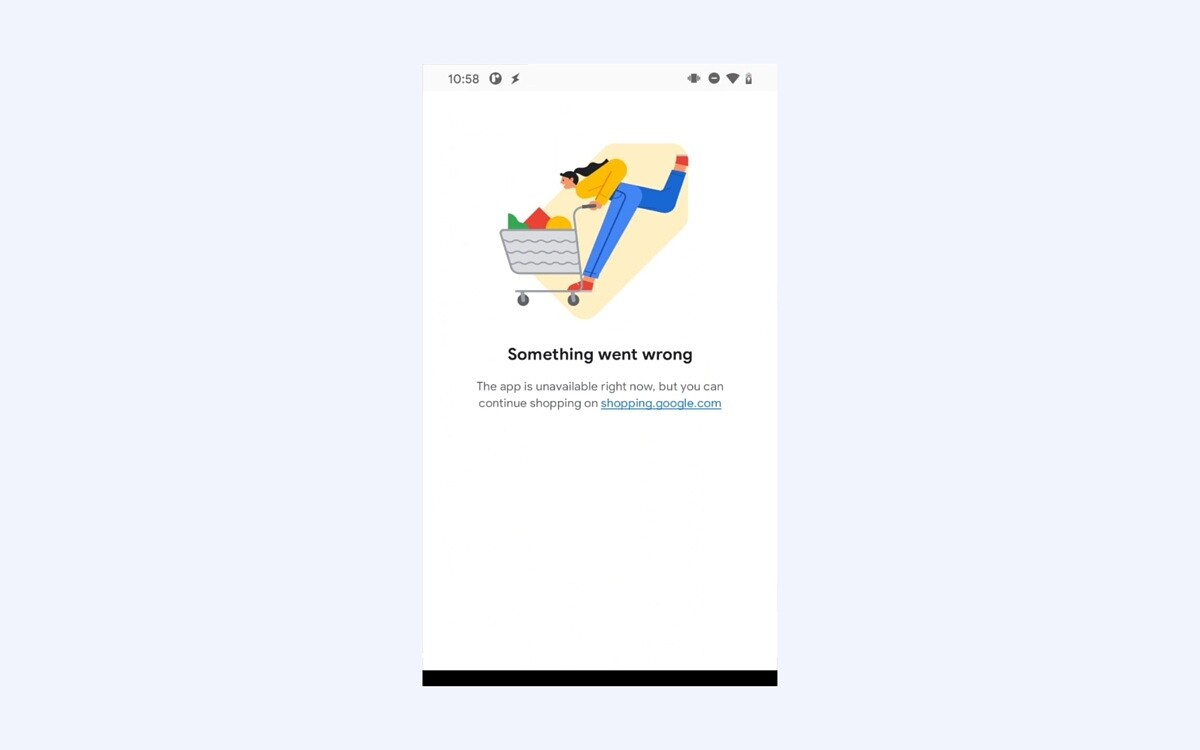 The Google spokesperson also communicated to 9to5Google that “ in the coming weeks, we will no longer support the Shopping app. All the features offered to users by the application are available in the Shopping tab from the web version. We will continue to develop features in the Shopping tab that make it easy for internet users to discover and buy the products they love. ».

Google thinks above all about the user

This is not the first time that Google has simplified or improved the daily lives of users. Microsoft and Google have been working together for a few months to make improvements in Google Chrome such as the arrival of the Live Caption feature. This feature allows you to automatically subtitle videos whether you are Windows, Mac, Chromebook, iOS or Android. Fixes through updates have emerged like the correction of the display of emojis for Windows users.