The Robinhood trading app has drawn the ire of Reddit netizens who have brought major Wall Street stock institutions to their knees. To show their discontent, they torpedoed the rating of the platform on the Play Store. Back on an incredible story. 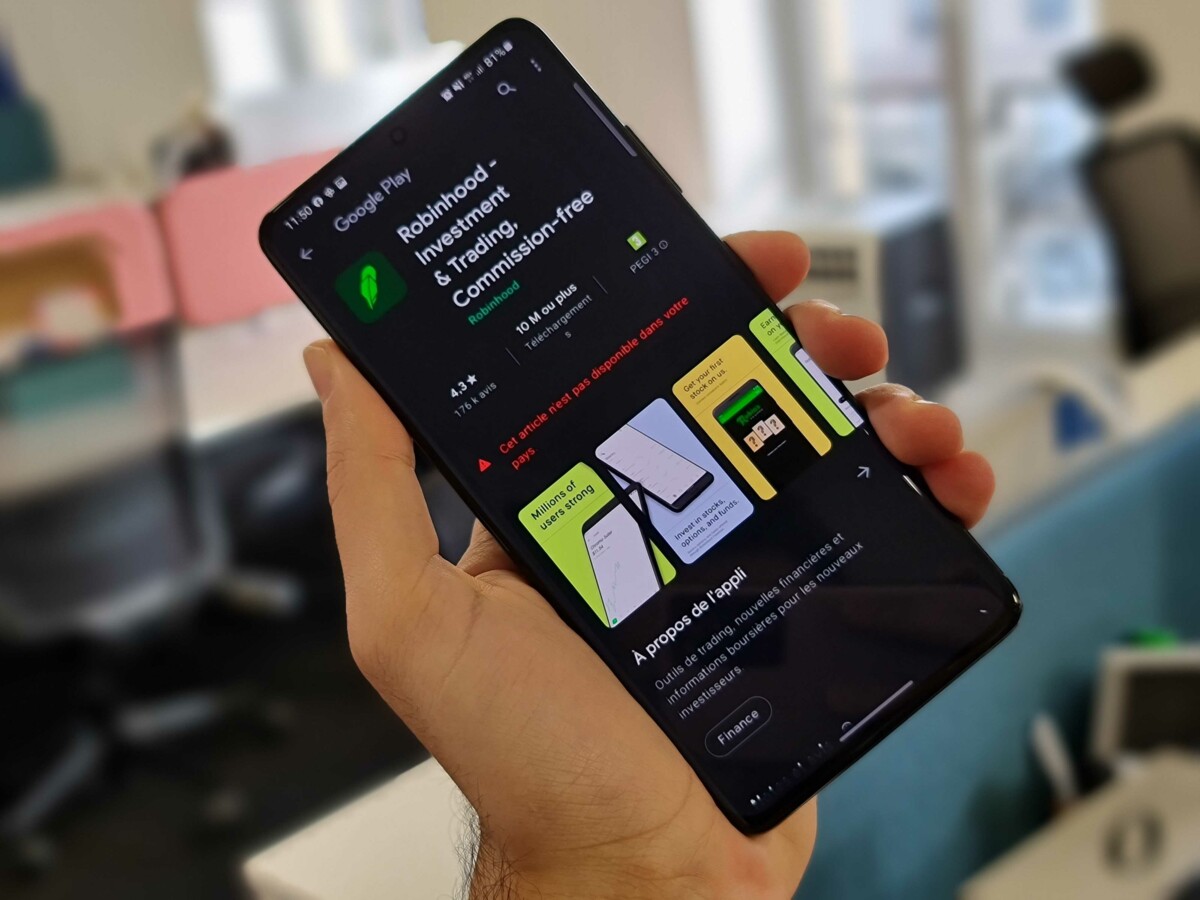 The Robinhood application attracted the ire of Reddit users who took revenge on the Play Store // Gamesdone: Frandroid

The story made a lot of noise on social networks: Wall Street was taken at its own game by amateur investors gathered in particular on Reddit. Our colleagues from Numerama have published an article summarizing this incredible story. However, this story touches several spheres of tech culture and even the Google Play Store is involved.

Indeed, as a direct result of this affair, the Robinhood trading app was pounded with hundreds of thousands of negative comments dropping its rating from four to one star on the Play Store. Google had to intervene in force. To fully understand what happened, we have to go back to the beginning of the story.

It all dates back to December 2020, in the United States. The GameStop business is not in good health. This chain of stores specializing in video games has indeed been hit hard by the health crisis caused by Covid-19 and by the inexorable dematerialization of the market in which it operates. On the Wall Street side, the powerful investment funds therefore began to bet on a significant drop in the company’s shares.

In other words, these funds borrowed GameStop shares from other investors to resell them right away. The idea then was to wait for the said shares to decline significantly in order to buy them back cheaper and return them to their owners. In this way, investment funds generally win a pretty penny – since they have sold at a high price to buy back at a much lower price.

However, people on Reddit have decided otherwise. Discussing and encouraging each other mainly in the subreddit r / wallstreetbets, they invested in a plethora of GameStop stocks pushing the group’s market value up by over 1,700% between December and January.

For their part, investment funds that had thought it wise to bet on a decline lost a lot of money. These institutions found themselves obliged to return the borrowed shares to their owners, but by buying them back at a much higher price than the one at which they had sold them.

To sum it up in a very Manichean way: simple Internet users have deeply caught a cold one of the most important temples of capitalism. On Wall Street, voices are already rising to challenge the legality of this initiative and denounce an attempt to manipulate the market – which is indeed punishable by law. In the camp opposite, this community of stock marketers sent an open letter to the CNBC channel – specializing in finance – to defend themselves against these accusations.

These funds can manipulate the market through your network and if they collect heavily […], they can always count on their billionaire friends. And then they dare to name us as public enemies number 1 just because we believe in a struggling business that deserves a second chance.

This community has also benefited from the support shown by some celebrities like Elon Musk, the boss of Tesla, or Alexandria Ocasio-Cortez – “AOC” -, the famous Representative of the United States.

The battle spills over to the Play Store

So much for the context, it remains to be seen how the Robinhood application ended up with a catastrophic rating on the Play Store. The answer is quite simple: the service in question has drawn the wrath of the wallstreetbets community.

Widely used by budding investors, the application presents itself as a playful gateway to the world of finance and makes it quite easy to buy shares on the stock market. However, as a result of this affair, Robinhood decided to block the purchase of GameStop shares – and other companies that received a similar “boost”.

It was to be expected, this provoked the ire of Internet users who, in retaliation, drastically lowered the rating of the application. The Robinhood page on the Play Store has for a time displayed 1 out of 5 stars with a total of 275,000 reviews. 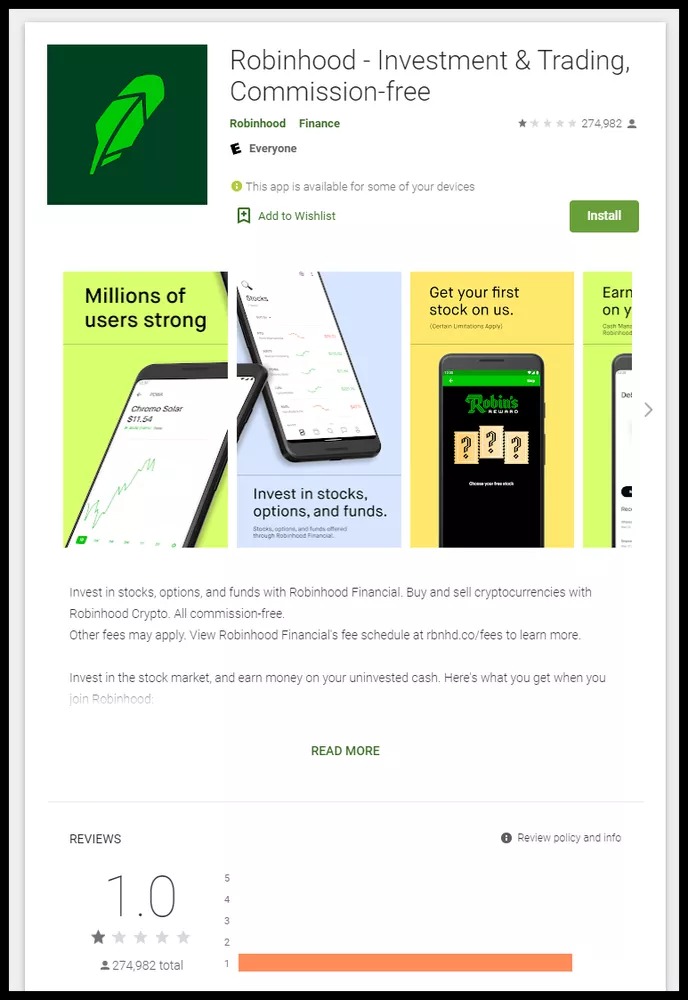 For a while, the Robinhood app only had one in five stars on the Play Store // Gamesdone: 9to5Google

Except that Google has confirmed with The Verge that he had deleted nearly 100,000 negative opinions to bring the situation back to normal. Today, Robinhood has therefore regained its rating of 4 out of 5 stars and a number of opinions of around 177,000.

Robinhood’s management subsequently reported that the platform was re-allowing GameStop action purchases, but on a limited basis. Either way, it’s always interesting how the popular rumble is felt right down to the Play Store ratings. Societal issues are found everywhere.

The Zoom videoconferencing app saw its average rating on the Play Store drastically lowered in a very short time because of the spread of the coronavirus.
Read more