The recent Samsung T7 portable SSD is one of the best references on the market. Usually at 139 euros, it was sold for 99 euros on Prime Day and now drops to just 81 euros as Black Friday approaches on Amazon. 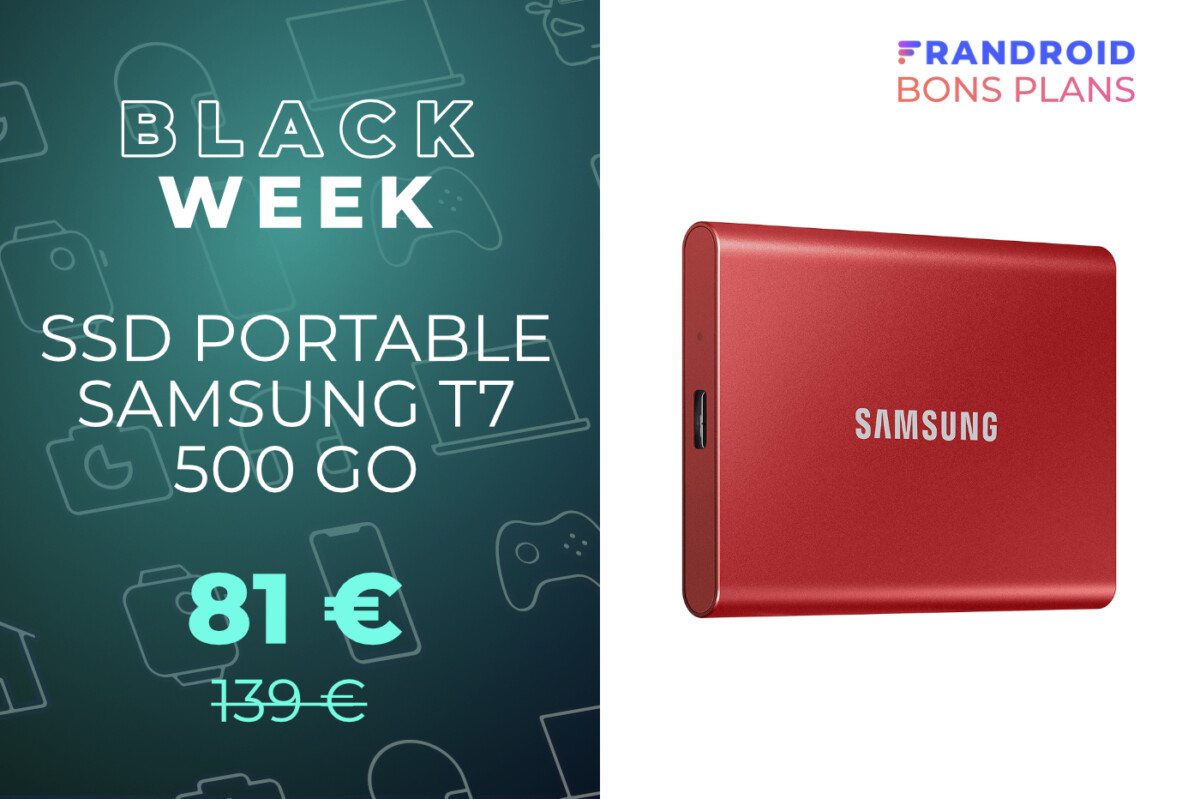 After the T5, there is not the T6 but the T7. This excellent portable SSD from Samsung has good reason to be a hugely popular product when it comes to external storage. It is now available at its lowest price ever seen so far thanks to a reduction of almost 60 euros on its original price.

At first glance, the Samsung T7 SSD retains the design of its excellent predecessor. It’s still as compact and unobtrusive as ever, but it’s a bit longer and narrower than the T5 with dimensions of 85 x 57 x 8mm. However, its weight does not change since it is still 58 grams, despite the new features.

This new SSD is obviously faster than the old one. Samsung announces a read speed of 1.05 Gb / s and a write speed of 1 Gb / s. Completely impressive performances which are only possible thanks to the association of an NVMe SSD and the new USB 3.2 Gen 2 interface. You must therefore have the same interface on your PC / Mac to obtain these speeds.

The Samsung T7 is obviously compatible with many media, including Android, macOS / iPadOS, Windows, but also Linux.

To learn even more, do not hesitate to read our test of the Samsung T7 Touch SSD. It’s the same model, but with the additional fingerprint sensor.