Omdia unveils its Top 10 best-selling smartphones of 2020. Apple largely dominates the ranking by positioning three devices on the podium, the iPhone 11 in the lead. Models marketed by Samsung and Xiaomi are also on the list. 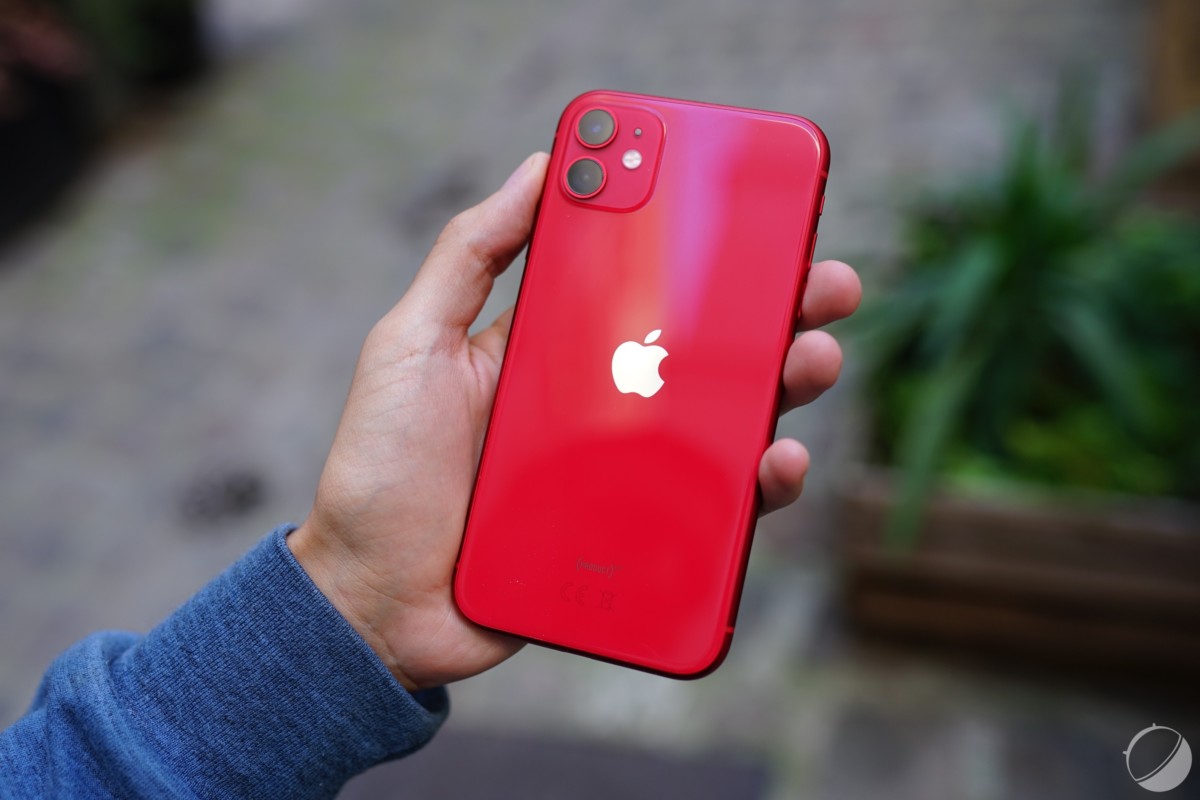 The iPhone 11 was the best-selling smartphone in 2020.

Apple, Samsung and a little Xiaomi. We could be satisfied with this expeditious report to summarize the ranking of the ten best-selling smartphones of the year 2020 according to Omdia. The British analyst firm has in fact counted the number of devices shipped over this period and comes to a relentless conclusion: the iPhone 11 – launched in 2019 – is the best-selling smartphone of 2020 with 64.8 million d ‘copies delivered.

Apple’s dominance in this ranking does not end there. The Apple brand indeed positions two other iPhones on the podium: the iPhone SE 2020, second with 24.2 million units shipped and the iPhone 12, third with 23.3 million deliveries. 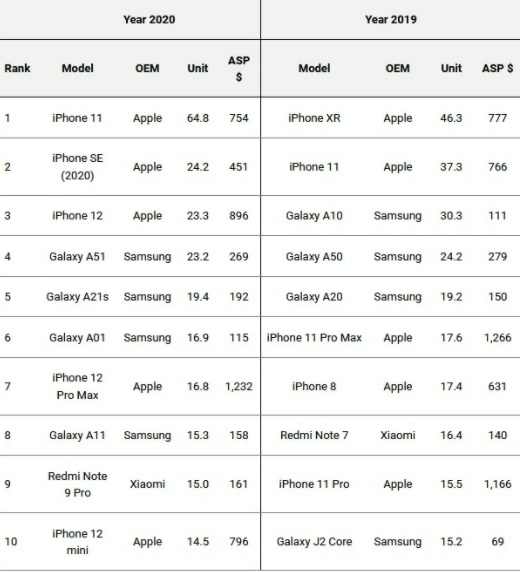 Let’s add a layer, the Cupertino company has five smartphones in total in this Top 10 with the iPhone 12 Pro Max in seventh place and the iPhone 12 mini, good tenth.

This ranking does not mean that Apple is the biggest seller of smartphones in the world, but it reflects the popularity of its models, while competitors tend to multiply the references to flood the market.

Samsung and Xiaomi complete the ranking

What exactly is left for the competitors? Not much given that the other half of the ranking is made up almost entirely of Samsung smartphones which places four models: the Galaxy A51 (4th), Galaxy A21s (5th), Galaxy A01 (6th) and Galaxy A11 ( 8th).

Faced with the two ogres, only Xiaomi is resisting and manages to place its Redmi Note 9 Pro in ninth place in the Top 10.

The story repeats itself

Recall that in 2019, already, it was also an Apple device that delighted the first place in the ranking, in this case, the iPhone XR. We also observed a very marked presence of Samsung in the ranking while Xiaomi also arrogated a small place in this elite.

It is also good to underline how complicated the year 2020 has been for the entire high-tech industry. It’s a safe bet that it is to revive the machine as quickly as possible that Samsung has advanced its release schedule in 2021 by presenting its Galaxy S21 Ultra, Galaxy S21 and Galaxy S21 + in January. Even Xiaomi was very quick to launch its new flagship, the Mi 11.

Despite these efforts, it is a safe bet that Apple will still occupy the first place in this ranking at the end of 2021.

We have selected the best smartphones of the moment in this comparison. You just have to choose the one that suits you best!
Read more