Realme has learned from its mistakes, especially with a 7 Pro launched at a price slightly above what Xiaomi offered with its Redmi Note 9 Pro at the time. This time, the Chinese manufacturer is aligned with its competitor: its new Realme 8 Pro is available at the same price as the Redmi Note 10 Pro, for equivalent storage. Here are all the offers available. 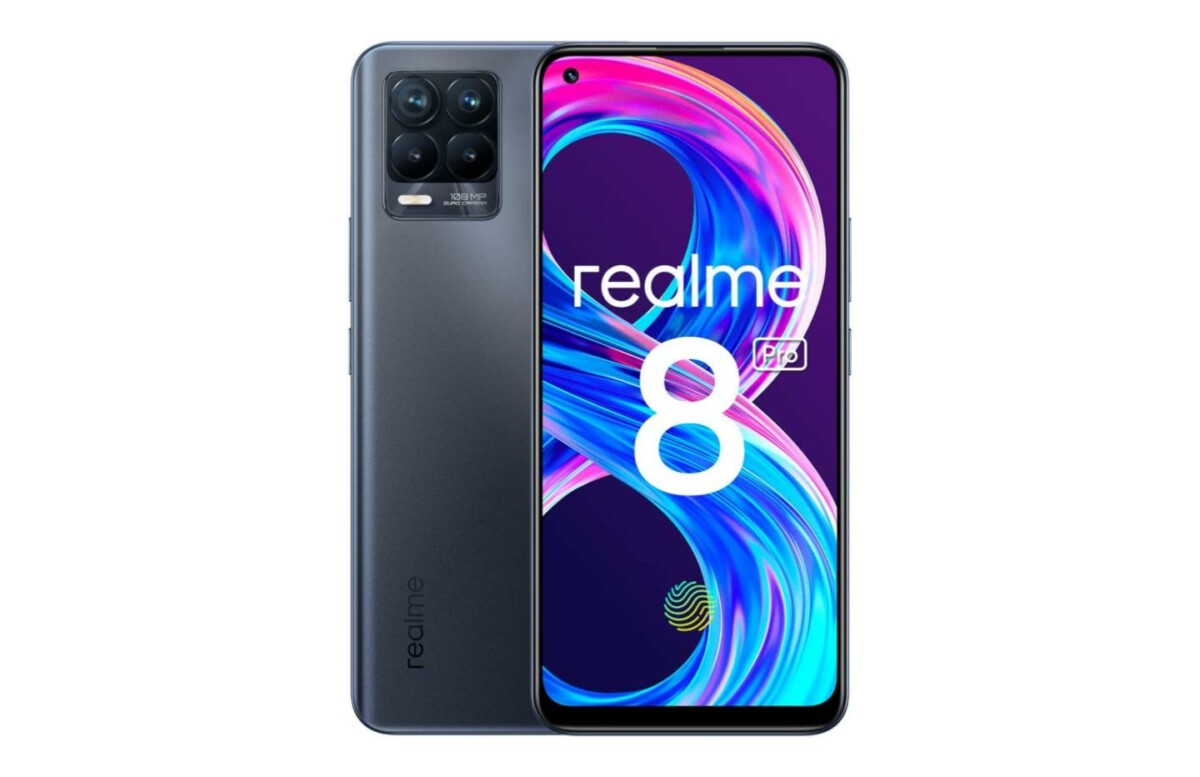 Xiaomi has drawn many smartphones at the start of 2021, but it is not the only manufacturer to be in the spotlight. Realme has just released its 8 Pro, a smartphone packed with qualities that intends to overshadow its direct competitor, the Redmi Note 10 Pro, with its quality AMOLED screen, its powerful 720G Snapdragon, its 108 megapixel photo sensor (only?) or its fast charge up to 65 W, but also with its launch price just as aggressive.

Where to buy the Realme 8 Pro?

Realme 8 Pro is only available in version 8 + 128 GB at 299 euros at the majority of resellers in France. You will notice that it is the same price as the Redmi Note 10 Pro with equivalent storage, but with 2 GB less RAM.

All about the Realme 8 Pro

The Realme 8 Pro takes more or less the same aesthetic codes of its predecessor with a borderless screen that covers almost the entire front panel, not to mention the punch at the top left. Only Realme dares to listen to its slogan “Dare to Leap” and displays it in bulk on the back of the smartphone. It’s somewhat reminiscent of the Poco brand recently.

We also see the photo module which is no longer rectangle as on the 7 Pro, but square. Among the quartet, there is a main sensor of 108 megapixels which has the particularity of merging the pixels to capture more light and provide better sharpness. It also promises better quality than a x3 optical zoom. We then see an ultra wide-angle 8 megapixel (f / 2.25) and two sensors of 2 megapixels each with opening lenses at f / 2.4, one is used for macro mode, the other is black and white to optimize the brightness of the images.

Coming back to the screen, we can say that it is of quality. The 6.4-inch panel is AMOLED with a Full HD + definition of 2400 x 1080 pixels and a touch sampling rate of 180 Hz. The only problem comes from the refresh rate which is blocked at 60 Hz, while its rival goes up to 120. It’s a bit of a shame, but he clearly has other strengths to make.

First of all, the performance is quite honorable with a Snapdragon 720G which still has a long way to go to ensure sufficient power, whether for the user experience or mobile games. Then, the autonomy is obviously not left with a battery of 4,500 mAh which promises on paper a use going well beyond a simple day. But what is especially interesting is its fast charge. The manufacturer promises a full recharge of the smartphone in just 47 minutes with the 65 W charger included in the box, although the Realme 8 Pro is only actually compatible with fast charging up to 50 W.

Smartphone in 2021 requires, the smartphone runs on Android 11 with the Realme UI 2 interface of the Chinese manufacturer.

In order to discover the great family of the Chinese manufacturer, we invite you now to consult our guide to the best Realme smartphones in 2021.

Relatively young, Realme is very successful. We explain the range to you and recommend the best products.
Read more