DJI offers different drones depending on your budget, but its Mavic 2 Pro is definitely the top of the basket. The price of the latter is currently down sharply on Amazon and goes from 1,499 to 1,119 euros. 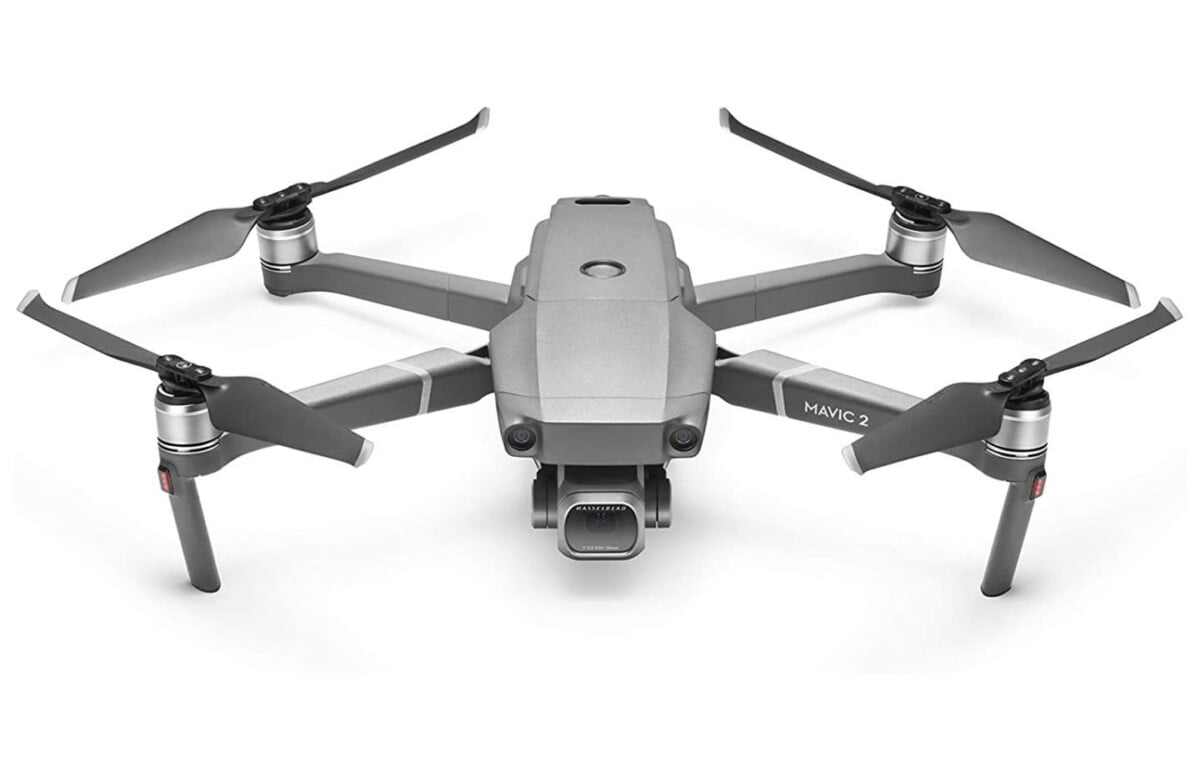 DJI was recently added to the US blacklist, a year and a half after Huawei, but that doesn’t stop it from still being the market leader in drones as of this writing. Its Mavic 2 Pro is the most premium model of the Chinese firm and it drops today at a completely new price thanks to a reduction of 380 euros on its original price.

Instead of the usual 1,499 euros, the DJI Mavic 2 Pro drone is now available on sale at 1,119 euros on Amazon after an immediate 25% discount.

In addition, we advise you to invest in a powerful microSD to record your videos in 4K. The SanDisk Extreme Pro 128 GB is currently available at 25 euros on Amazon.

Apart from being the most expensive drone of the Chinese brand, the DJI Mavic 2 Pro is also the most imposing drone with dimensions of 21.4 x 9.1 x 8.4 cm for a weight of 907 grams. However, it can be folded for ease of transport. It is also thicker than the old top-of-the-range model, because it has many new sensors under its hull, such as the one used to detect obstacles at 360 °.

It is piloted via the supplied remote control, where your smartphone slips in to obtain video feedback during your flight sessions. Via the application available on iOS and Android, you will have access to many intelligent flight modes, such as Active Track, Hyperlapse, Quick Shots with Rocket, Dronie, Circle or Boomerang modes, and much more.

This drone can fly for about 31 minutes, up to a distance of 5 km from your position and at a maximum speed of 72 km / h. But be careful, because at this speed the automatic obstacle detection will be deactivated. Note that the drone battery must wait 1h30 before being fully recharged. In addition, it makes less noise than its predecessor thanks to new, quieter propellers.

On the photo and video side, the Mavic 2 Pro includes an L1D-20c camera from the Swedish brand Hasselblad. It features a 1-inch 20-megapixel CMOS sensor capable of ensuring striking and finely detailed shots, whatever the light conditions. It is also equipped with an active detection zone four times more effective than that of the original Mavic Pro. Supported video formats are 4K at 30 fps with HDR10, 2.7K at 60 fps and 1080p up to 120 fps (for slow motion).

To find out even more, do not hesitate to read our test of the DJI Mavic 2 Pro.

In order to know which model to choose according to your budget, we invite you now to consult our guide to the best drones in 2020!

Have you ever wanted to fly a drone? Whether for beginners or experts, here is our selection of the best drones in 2020.
Read more