Like every year, Cdiscount is playing the Black Friday game by lowering the price of many products. We have spotted the best promotions you will find in this selection, there are some great bargains to be grabbed quickly. 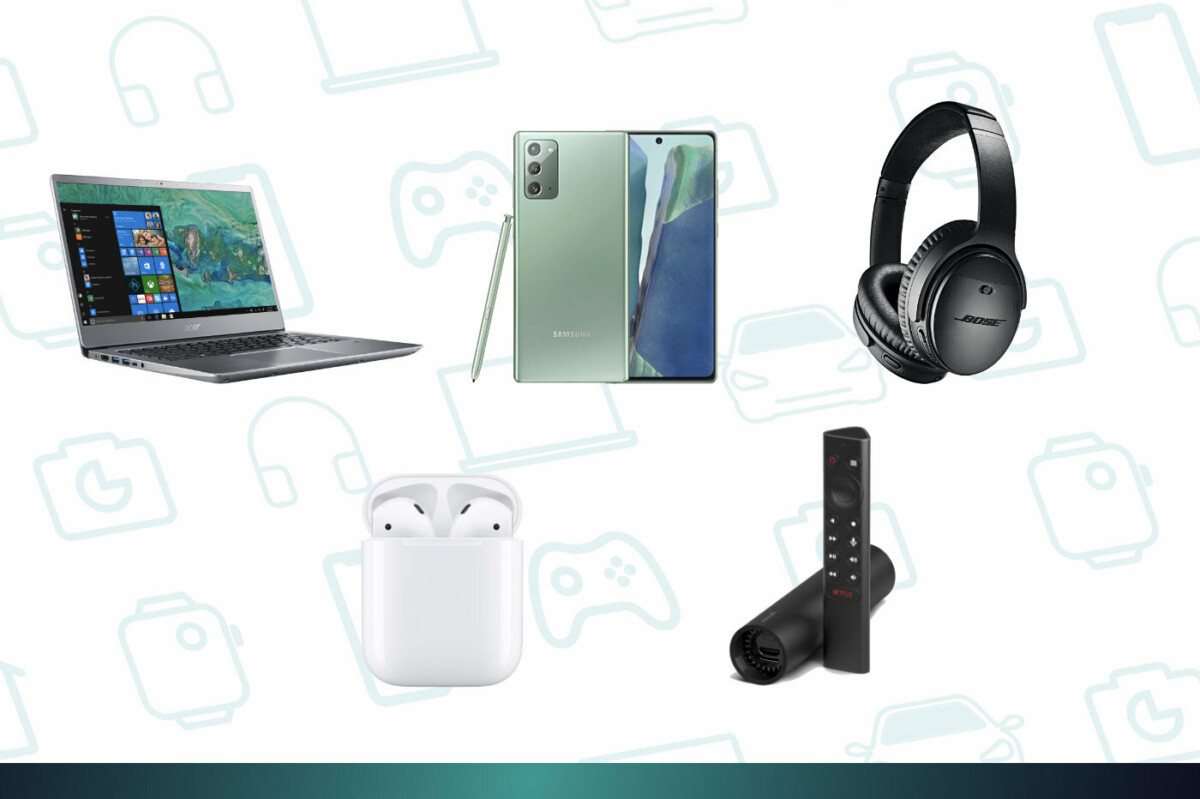 That’s it, Black Friday officially starts at Cdiscount. From today, and until Monday, many tech products are being promoted on the e-merchant’s site. We have found the best offers for you, each time concerning quality products and major brands. From smartphones to laptops, there is something for everyone.

Note that this article will be updated regularly, in line with flash sales: do not hesitate to come back and take a look at it to discover more and more new offers. 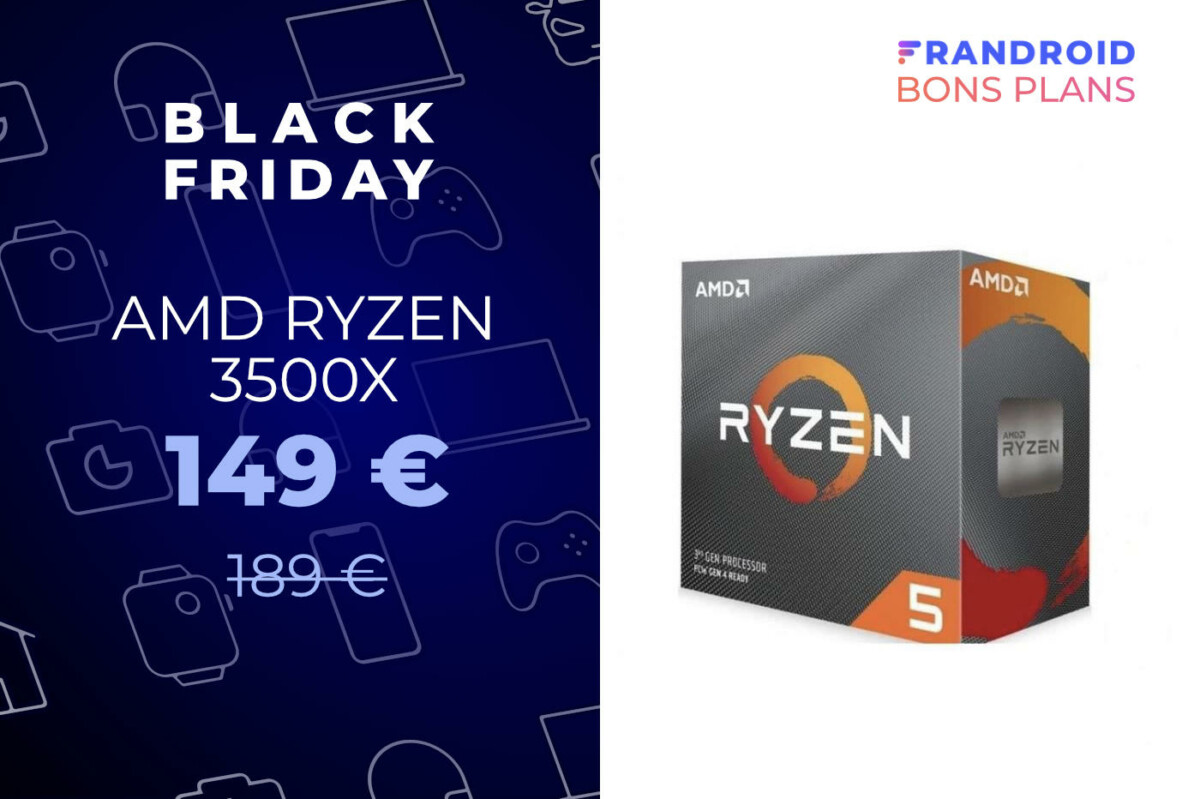 This all-terrain processor is equally at home in office applications, as it is creative, and that without forgetting video games. A versatile product with a very good price / performance ratio. He takes advantage for Black Friday of a nice promotion of 40 euros on Cdiscount, a good excuse to start building your new tower! 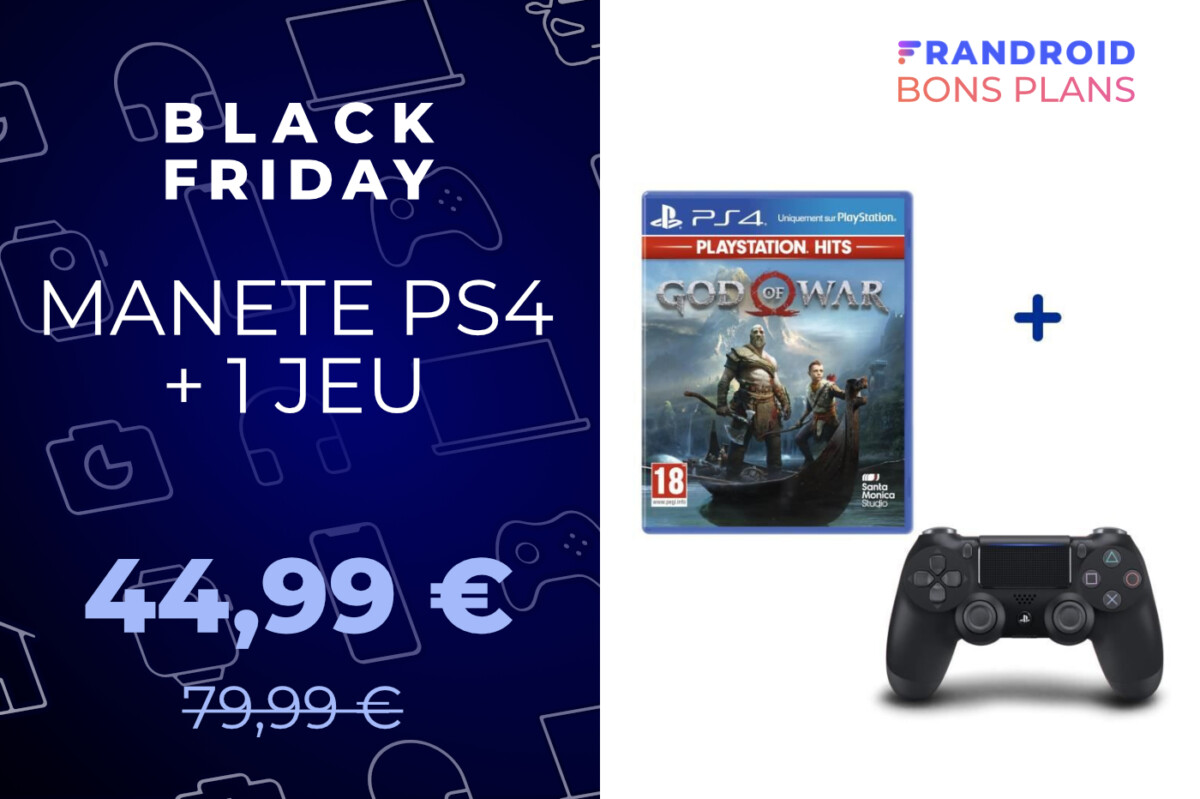 There are great discounts on the gaming side with the DualShock 4 V2 controller. It comes with a game of your choice for only 44.99 euros. We have God of War, Horizon Zero Dawn, Gran Turismo, Uncharted The Lost Legacy and even The Last of Us Remastered. Make your choice ! 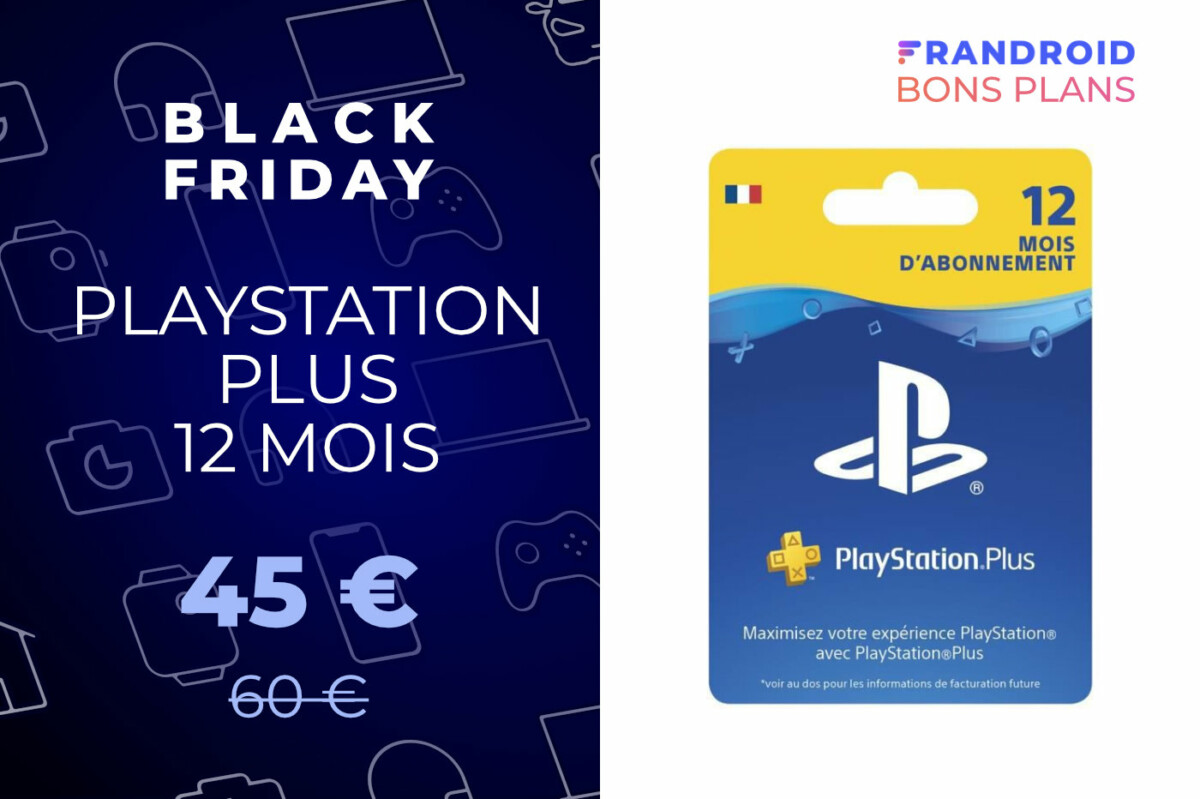 For 45 euros, that’s 15 euros saved for a year of subscription. 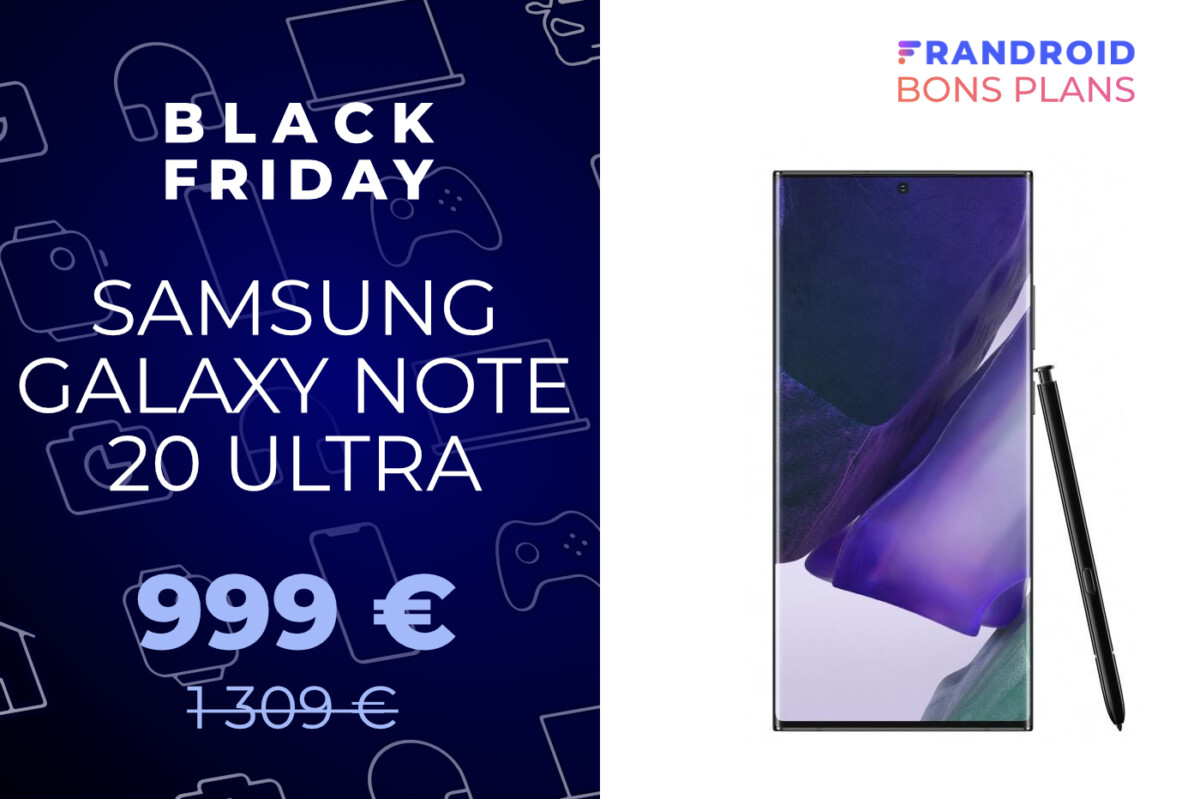 The Samsung Galaxy Note 20 Ultra is an improved version of the classic smartphone equipped with a stylus. he upgrade everything, starting with its Dynamic AMOLED screen which now stretches up to 6.9 inches and which offers a refresh rate of up to 120 Hz. Even the definition goes up to 3200 x 1440 pixels. We also find the powerful Exynos 990, but here with 12 GB of RAM for even more power and speed in the execution of tasks. Photography is also in the spotlight with its 108 + 12 + 12 megapixel module, where quality and versatility are one. It also won’t disappoint on the autonomy side with its 4,500 mAh battery, even if it is not a champion.

Instead of the usual 1,309 euros, the Samsung Galaxy Note 20 Ultra is currently spending under 1,000 euros for Black Friday. 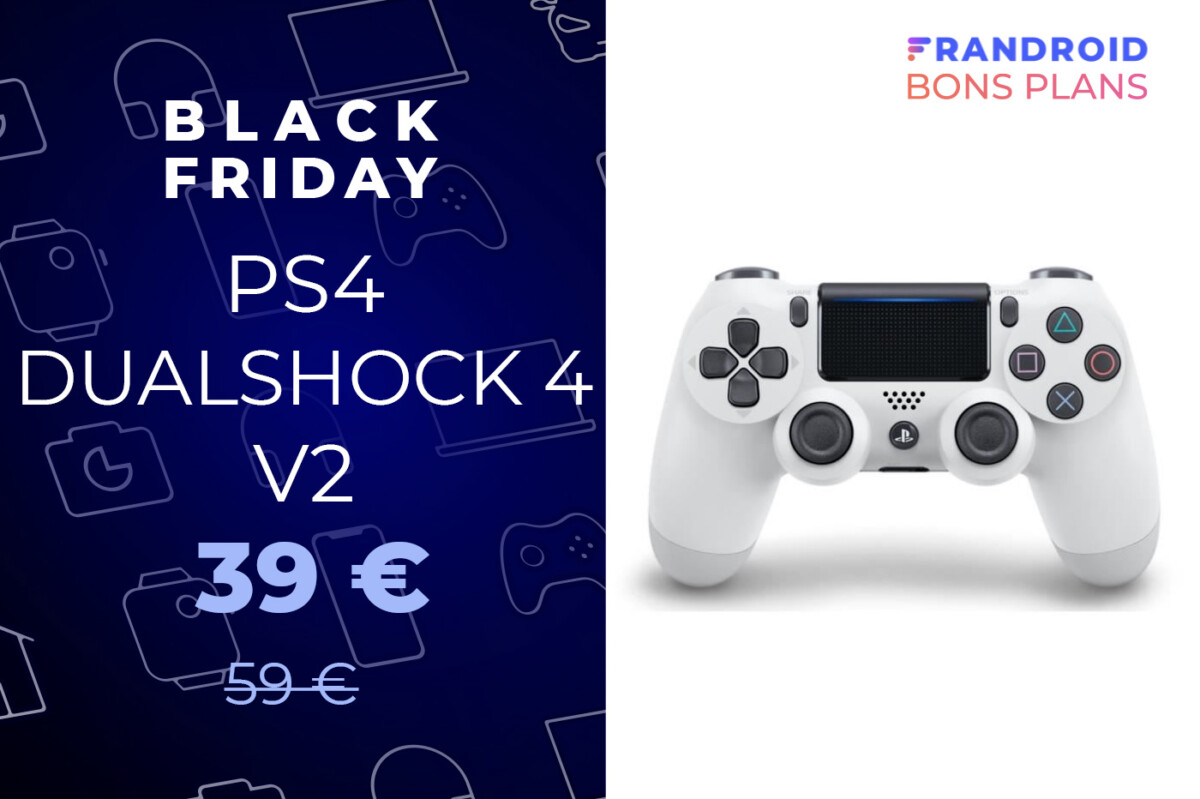 Although not perfect, the PS4 DualShock 4 V2 controller is a very popular controller. It also has the good taste to work on Android / iOs smartphones and tablets and allows you to play your PS4 games (only) on your PlayStation 5. It benefits from a nice reduction -33% for Black Friday.

The PS4 Dualshock 4 V2 controller is usually billed at 59 euros, but you can save 20 euros buying it during Black Friday.

A little eclipsed by giants like Bose or Sony, Plantronics nevertheless offers one of our favorite headsets. Behind its design it is true very forgettable, the BackBeat Pro 2 hides a precise and pleasant sound as well as an autonomy which exceeds 24 hours. It is as a bonus APT-X compatible and offers frankly convenient controls to use.

Active noise canceling isn’t up to the best on the market, but it’s enough to keep from going crazy in the subway. At € 130, this is by far the best option if you are looking for a good helmet without draining the PEL. 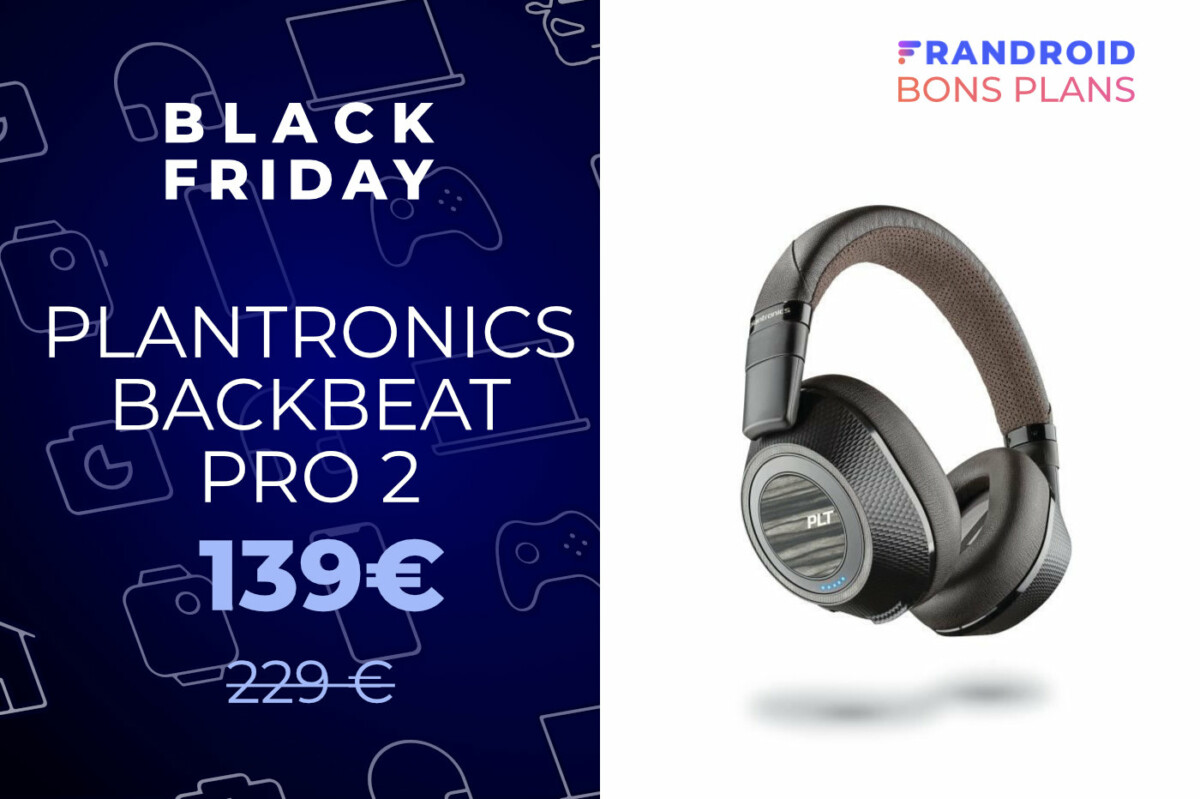 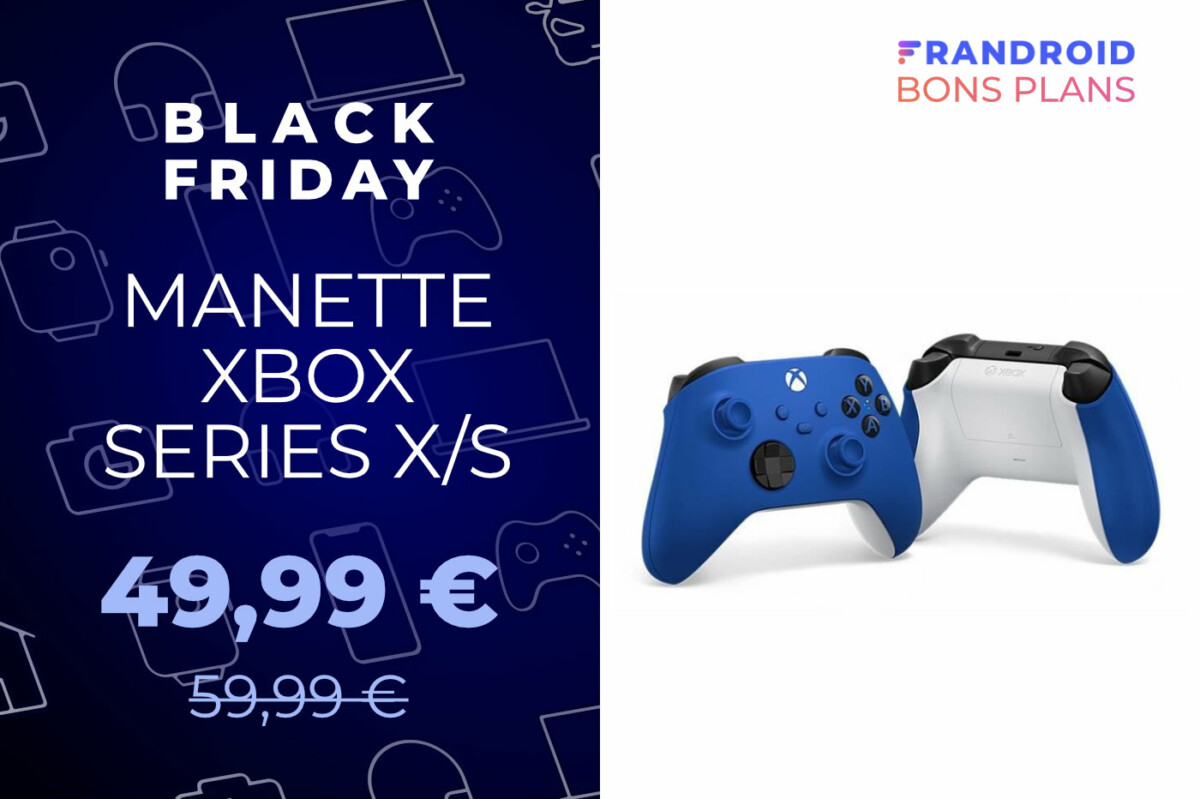 10 euros less for the versions noir and blanche on Cdiscount.

Lenovo’s Legion line is renowned for its laptops specifically designed for gaming. They are powerful enough to read the new relatively greedy games and offer a more than pleasant playing comfort, in particular thanks to a keyboard which offers a response time of less than 1 ms. However, they are often offered above 1,200 euros. The good news ? You won’t need to spend a minimum wage today. 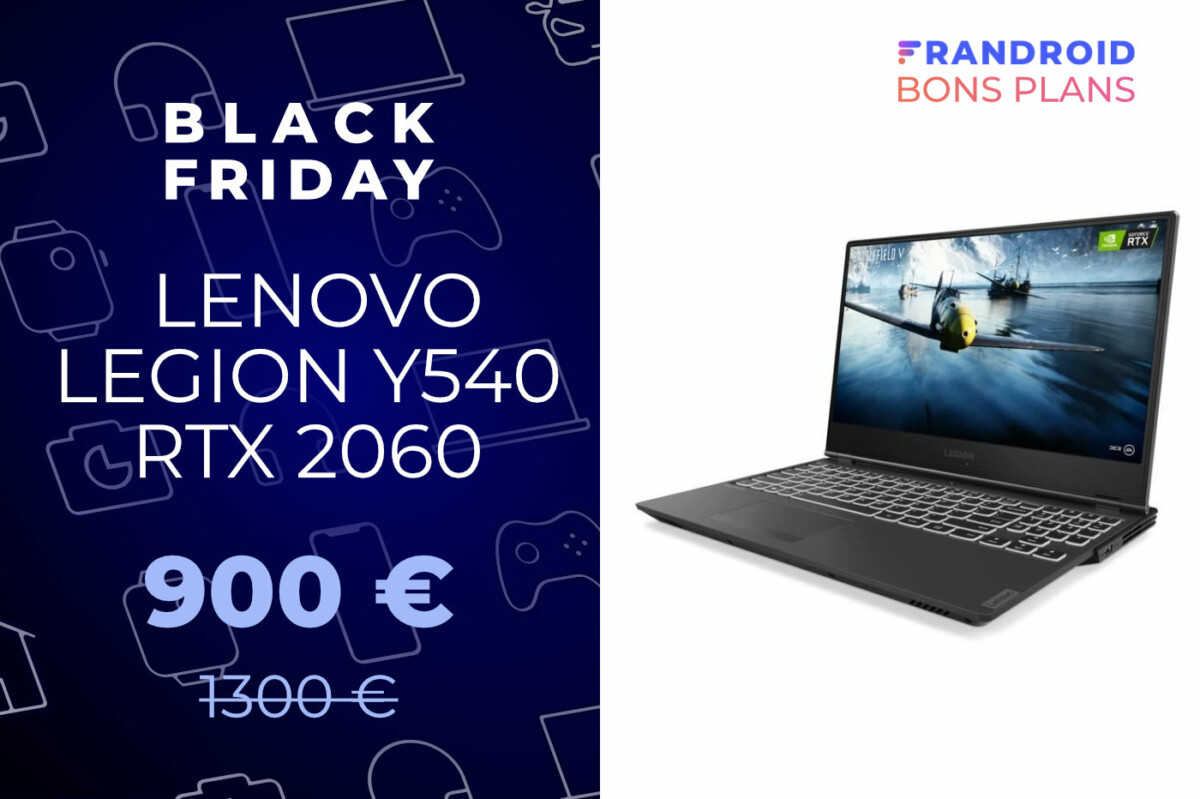 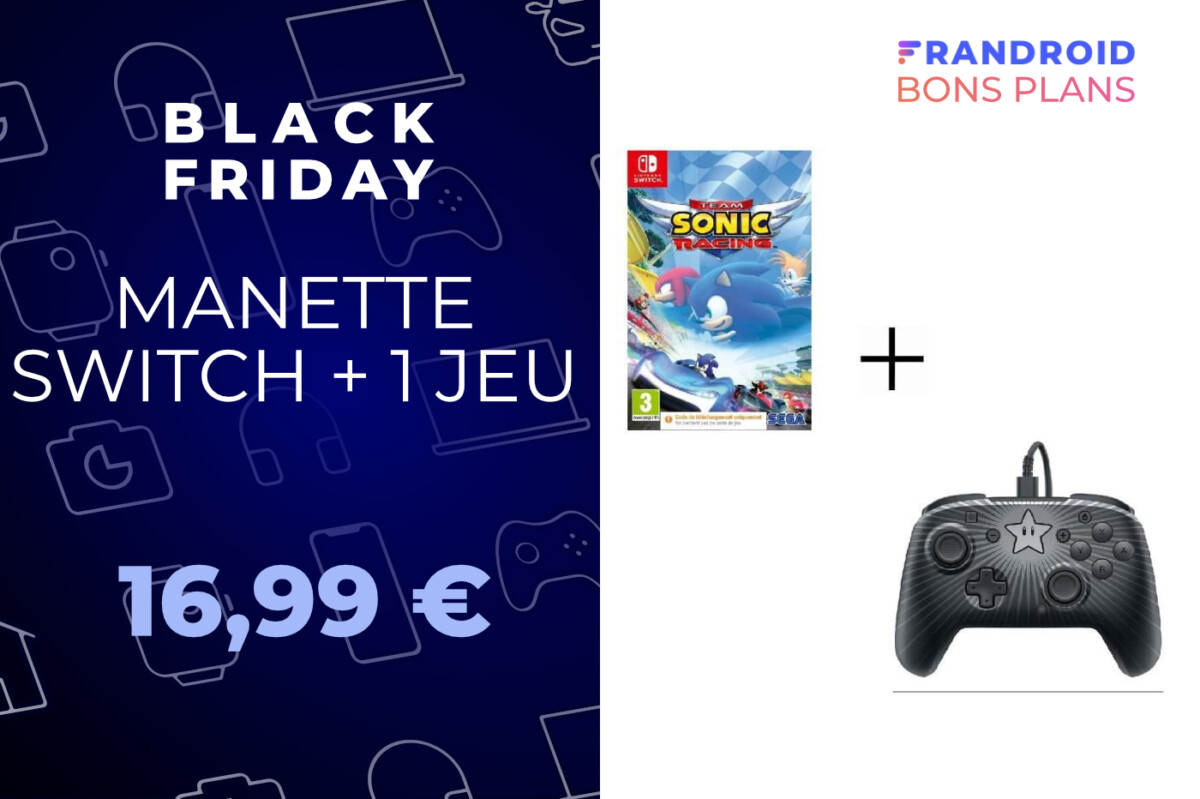 Need an additional controller for multiplayer play on Nintendo Switch? Here then is an interesting pack which includes the wired PDP Star controller, quite cute with the star arranged in the middle of the controller, and the Team Sonic Racing game. Everything is offered at only 16.99 euros on Cdiscount. 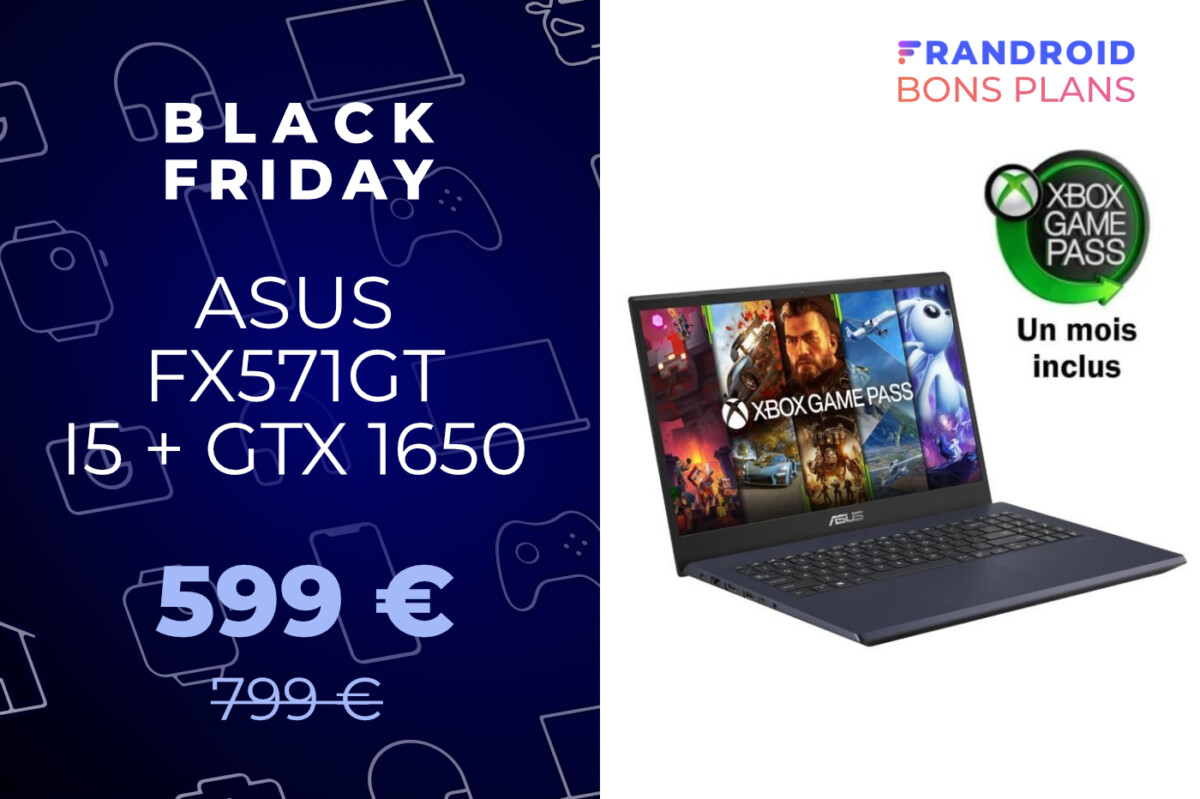 Are you looking for a cheap laptop to play well on your PC? We surely have the solution for you with the Asus FX571GT-BQ691T. It offers a fairly solid technical sheet for its price. You won’t be playing Ultra either, but you’ll easily be running all the latest video games around.

Instead of 799 euros, the Asus gaming laptop PC FX571GT-BQ691T is currently available at only 599 euros on Cdiscount.

Presented in the summer of 2020, the Samsung Galaxy Note 20 is Samsung’s most high-end smartphone at the moment. It embeds all the latest technologies and innovations of the brand. One of its main strengths is its 6.7-inch AMOLED display. It’s almost perfect with vivid colors, very high maximum brightness and, OLED requires, infinite contrast. Photography is also an asset of this phone, which benefits from three very good sensors on the back. In addition to the versatility provided by this camera unit, each of these sensors taken separately is excellent, even in low light. Finally, the One UI 2.5 interface that powers the Galaxy Note 20 is one of the most pleasant to use on an Android smartphone. Note also that the phone will be updated to the latest version of Android and to One UI 3.0 from next month. 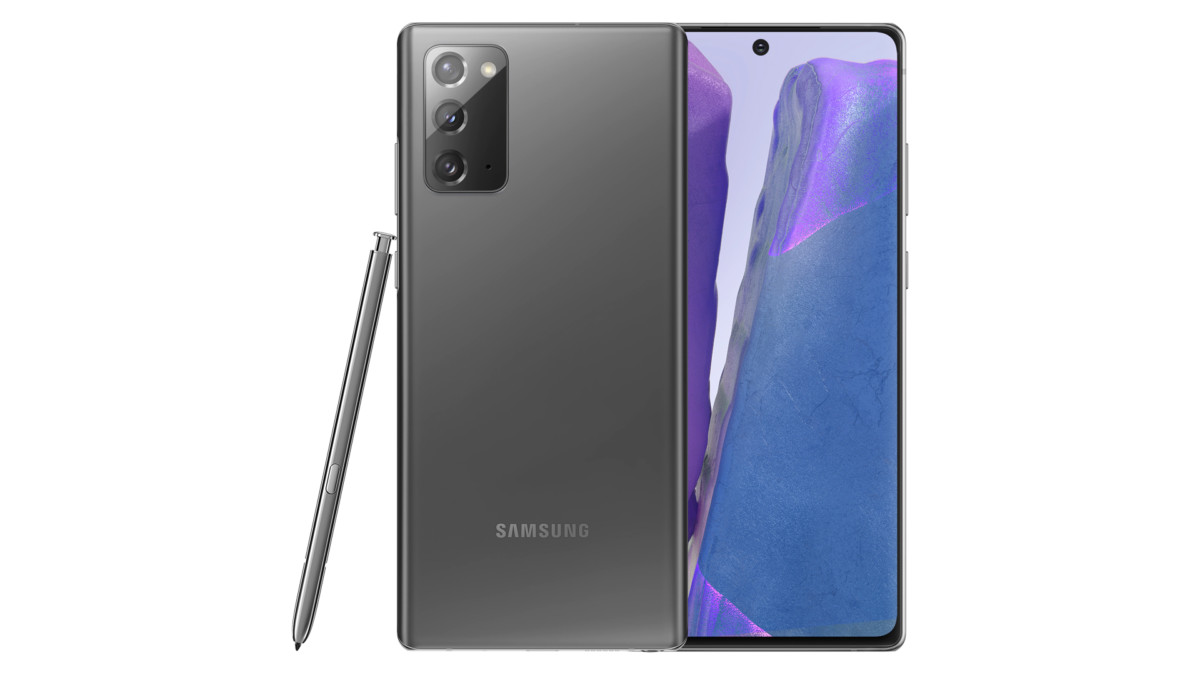 For Black Friday, the Samsung Galaxy Note 20 receives one of its first major price drops. Indeed, it is displayed at 699 euros at Cdiscount, against 959 euros in normal times.

Should we still present Apple’s AirPods? These wireless headphones are the most popular on the market. They differentiate themselves from the competition by adopting a button design, that is to say that does not fit into the ear canal, which some people cannot stand. Despite this design, the support is excellent, especially since they are very light. Above all, they enjoy seamless integration with the iOS ecosystem, but can also work with Android phones. 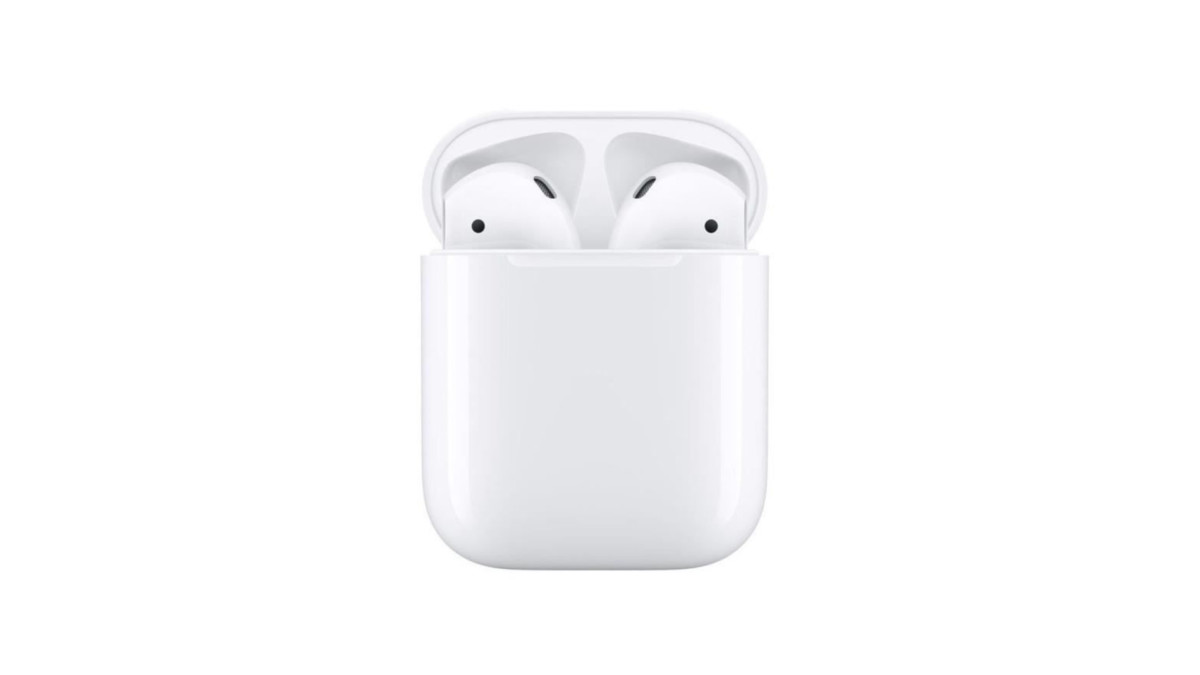 For Black Friday, Apple AirPods 2 spend at a price of 149 euros in the version with the wired charging box.

The Nvidia Shield TV (2019) is the most powerful Android TV box on the market. Connected to HDMI, it increases the possibilities offered by your TV. It benefits (almost) from the same processor as the Nintendo Switch, enough to run the applications of the Play Store Android TV without worry. But the major asset of the Nvidia Shield lies in theupscalling by artificial intelligence. Concretely, this allows you to watch content in 4K definition even if the source is from a lower definition, and the result is really good. Combined with a GeForce Now subscription, the Nvidia Shield TV can even turn into a video game console. 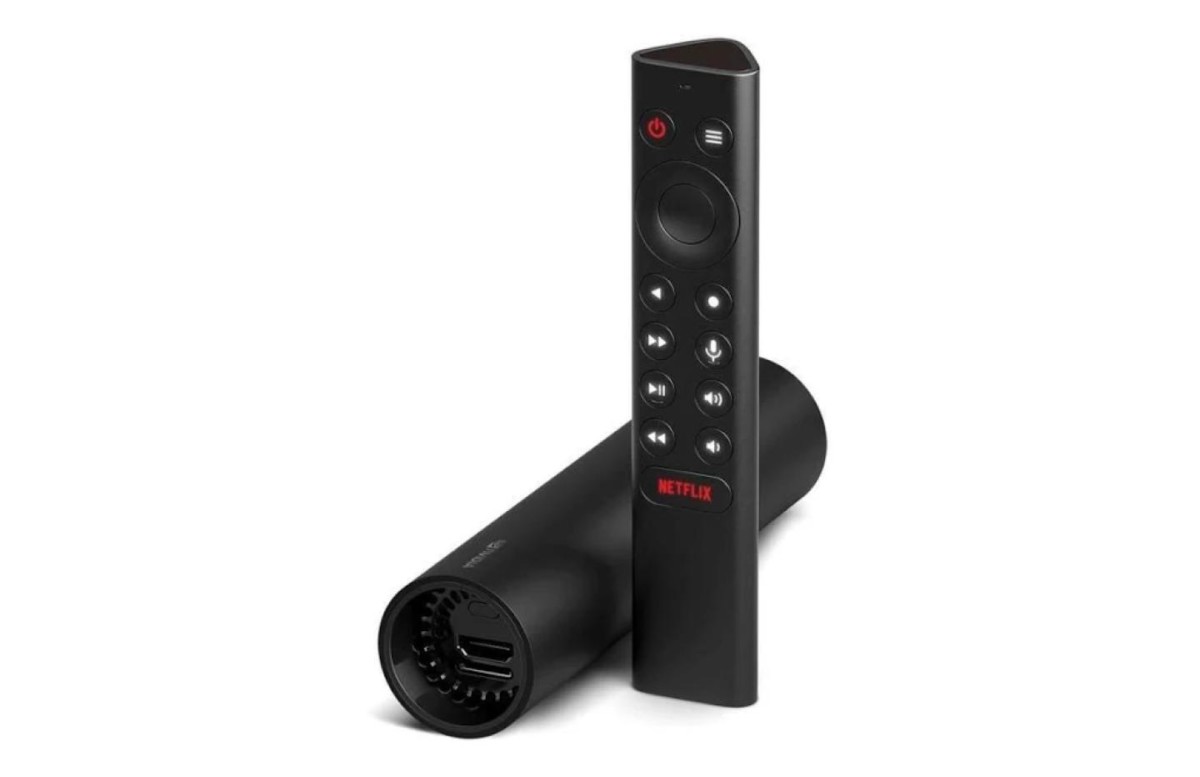 For Black Friday, the price of the Nvidia Shield TV (2019) goes to 135 euros, against 159 euros usually. A rather rare discount on this product.

The very good Xiaomi Mi 10 Lite 5G sees its price drop barely six months after its launch. Autonomous, powerful and gifted in photography, he really has everything to please! Note that the version offered here supports 5G and has 128 GB of storage. 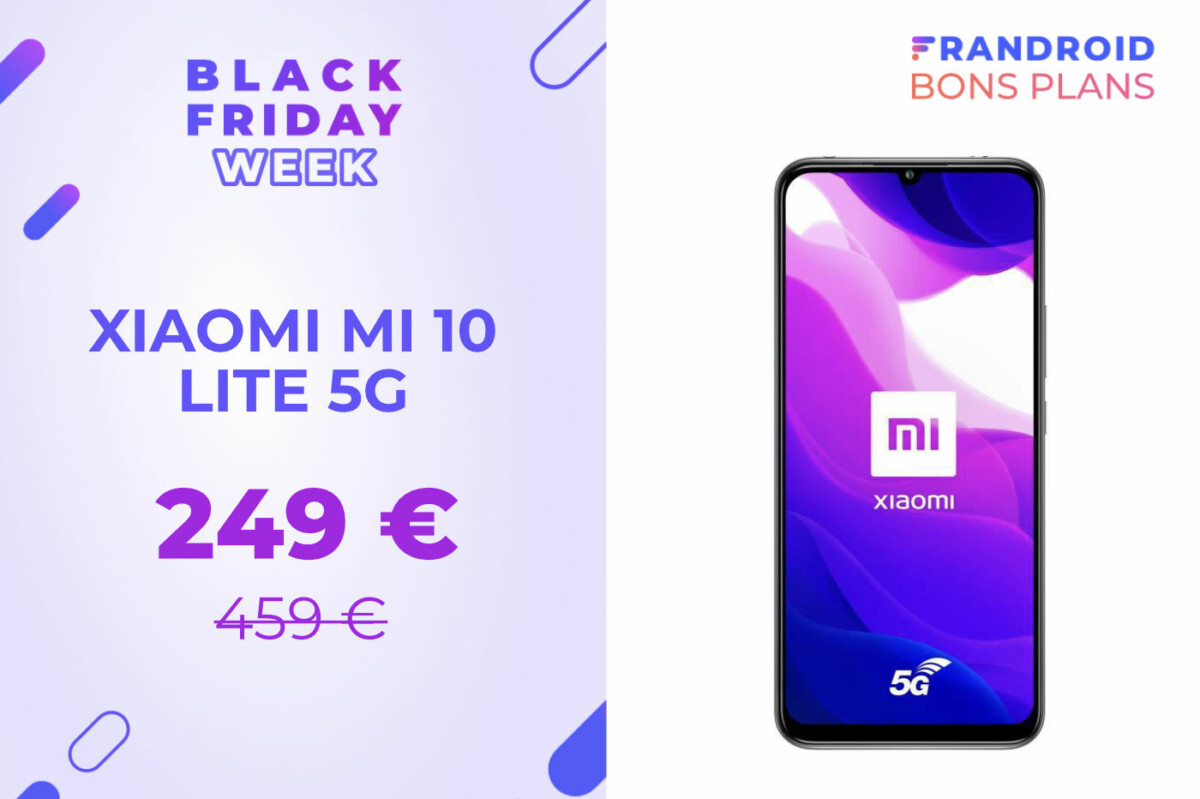 Cdiscount continues to sell off its OLED TVs, this time with the LG 65BX3. The latter is a light version of the very good CX. We therefore lose a little brightness (especially in HDR), the scaling processor is less efficient and only two HDMI 2.1 sockets are available. Despite these few compromises, this series remains a good option to take advantage of the latest fashionable consoles. PC gamers will also be able to activate FreeSync and Gsync. Once again the BX3 is a stock from Eastern Europe offering identical services to the BX6 usually sold in France. 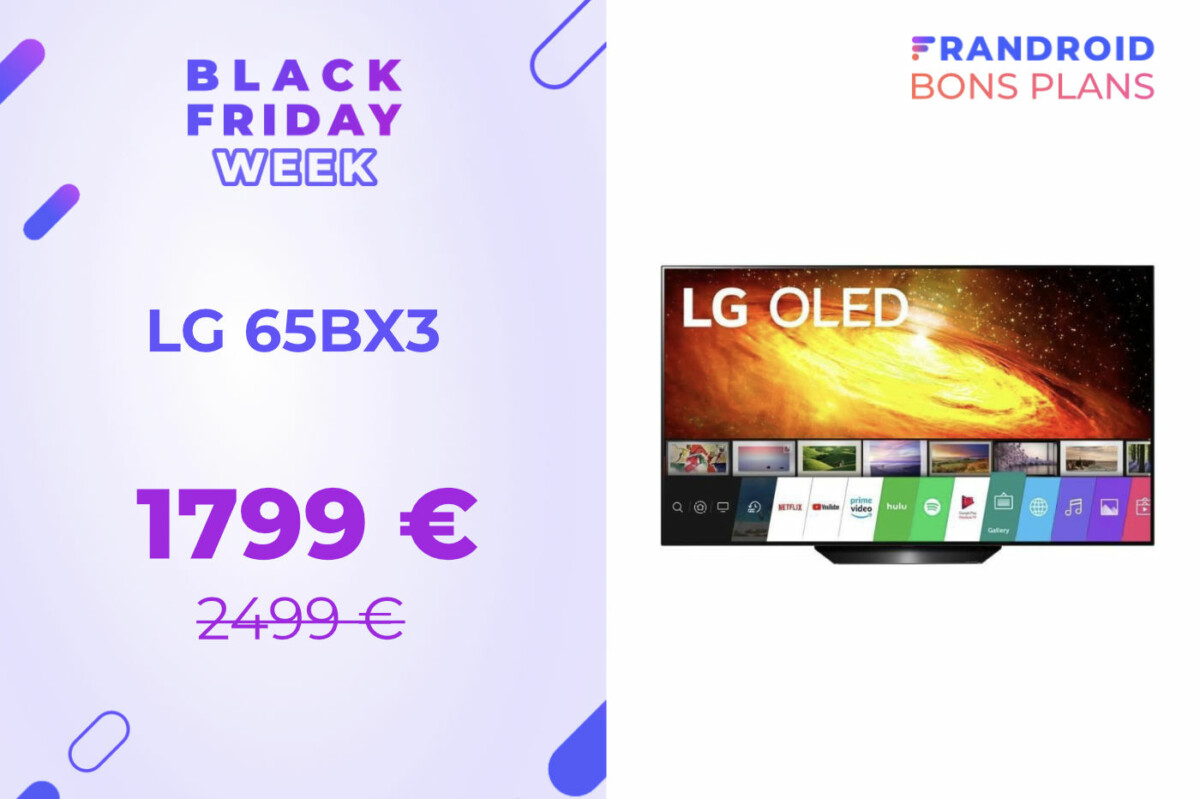 Looking for a gamer keyboard / mouse kit that won’t drain your PEL? We won’t do much better than this pack combining the K55 and the Harpoon RGB mouse from Corsair. The set is simple, solid (splash resistant!) And adjustable in RGB. 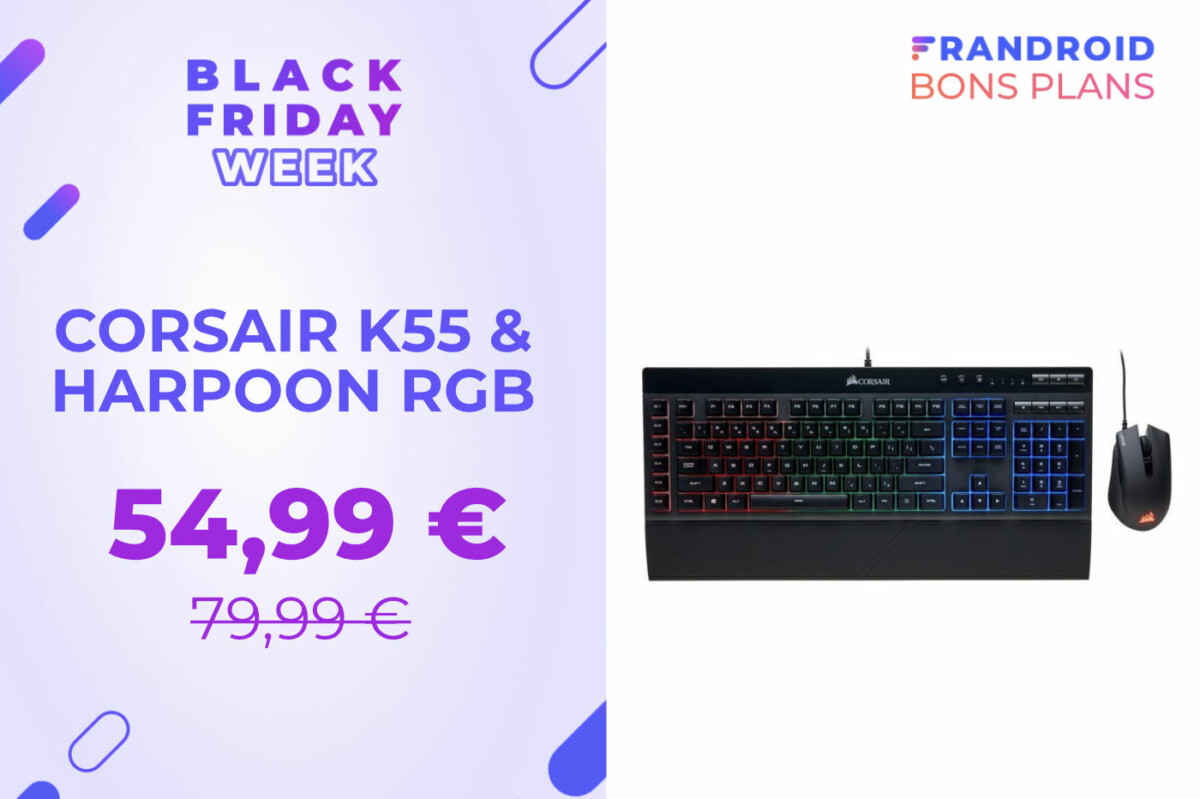 The Cdiscount mobile plan is the lowest price available today. For 2 euros per month, it includes 40 GB of 4G data in Metropolitan France (including 3 GB in Europe / DOM) to allow browsing, listening to music via Spotify and others in peace and even to watch an episode of your favorite series at break noon.

Then there is the classic combo of unlimited calls, SMS, MMS in mainland France, as well as from Europe and the overseas departments (38 destinations in total) to a French number. There are however conditions, with a limit of 3 hours maximum per call and to 129 different recipients during the month, including 99 to and from the EU and DOM.