Having an overpowered processor is good, but you still need to be able to cool it efficiently. We have chosen for you the best compromises between cooling and silence. 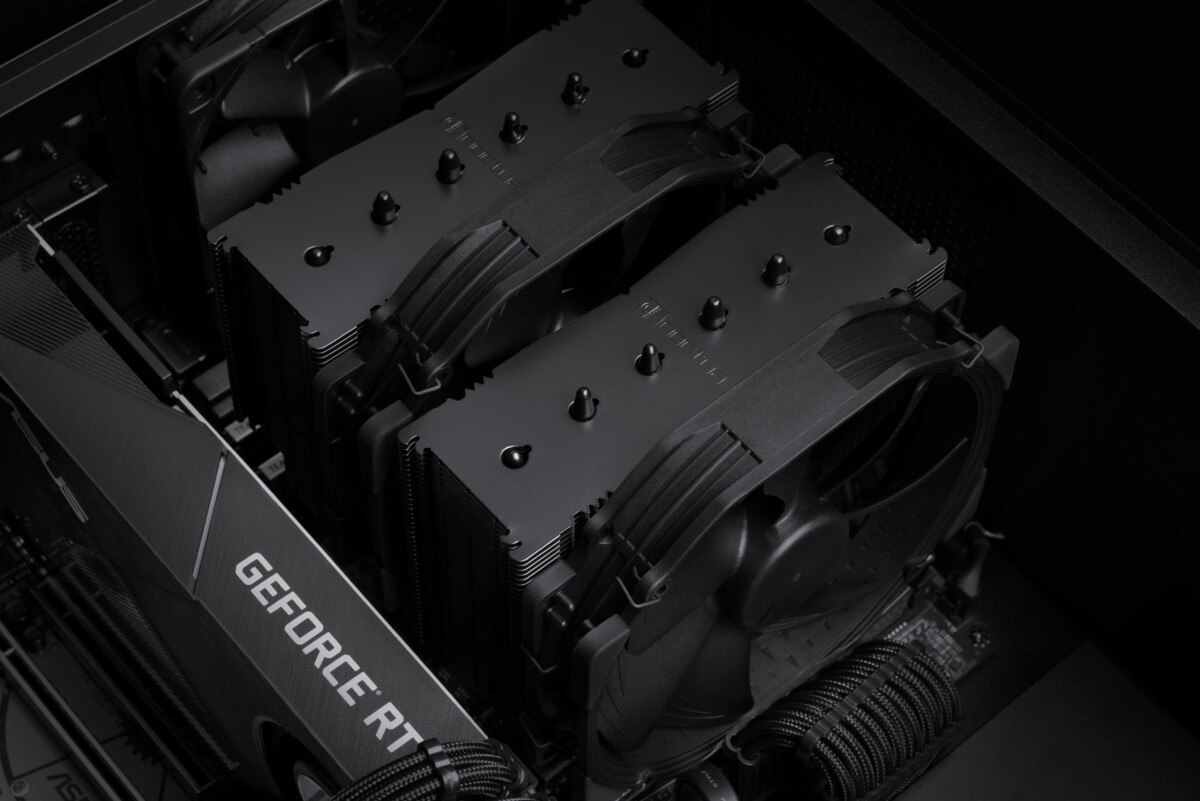 Cooling a processor properly is not as easy as it seems. And with the generalization of modes ” boost »Automatically adjusting the frequency of the processor, choosing the right cooling system is more important than ever.

Most processors have consumption peaks significantly higher than TDP, the theoretical maximum consumption of the chip. This is particularly noticeable on the most high-end chips. Thus, a Ryzen 7 5800X announced at 105 W easily exceeds 210 W at maximum load …

For this selection, we favored classic coolers rather than all-in-one water-cooling solutions. They are more reliable, less expensive and in the vast majority of cases more than sufficient. The only exception: very high-end processors which require liquid cooling to be fully exploited without making you deaf.

If you are in the process of building a new PC, do not hesitate to consult our dedicated guides:

For a small processor like a Core i3 or a Ryzen 3, the cooler “stock »Delivered with the processor will usually do the trick, but for less than thirty euros you will be able to offer yourself a greater silence of operation and a little leeway for overclocking with the TX3 EVO from Cooler Master. 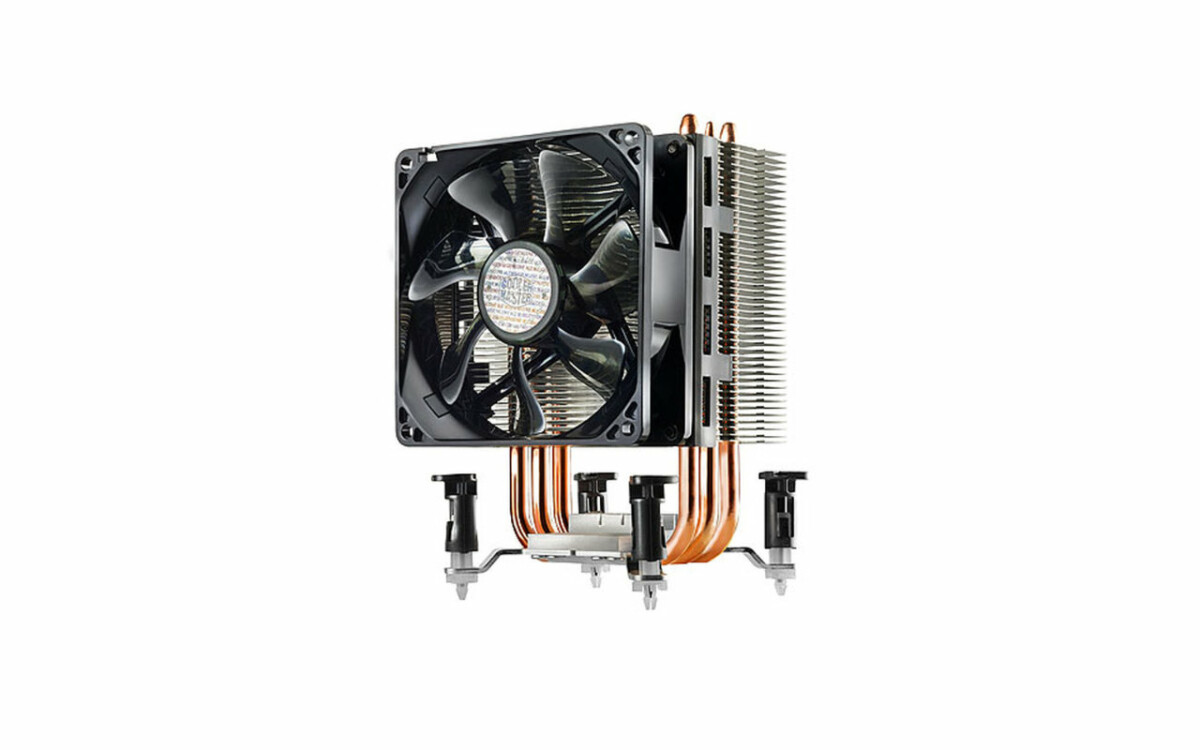 No fuss here: we find compatibility with most sockets on the market as well as simple assembly. Its small size means that it will fit into all cases and that it will not interfere with RAM modules with large heatsinks.

On the performance side, the difference with a stock radiator is not monstrous, but it makes it possible to hold the boost frequencies in a stable manner with less noise pollution. Although released in 2011, the TX3 EVO remains the benchmark for small budgets.

When you enter the mid-range, with an Intel Core i5 or an AMD Ryzen 5, the cooler is no longer necessarily delivered with the processor. Importantly, TDPs often exceed 100W, which requires a slightly more advanced cooling solution. The Pure Rock 2 perfectly meets these needs thanks to its 4heat pipes capable of dissipating 150 W. 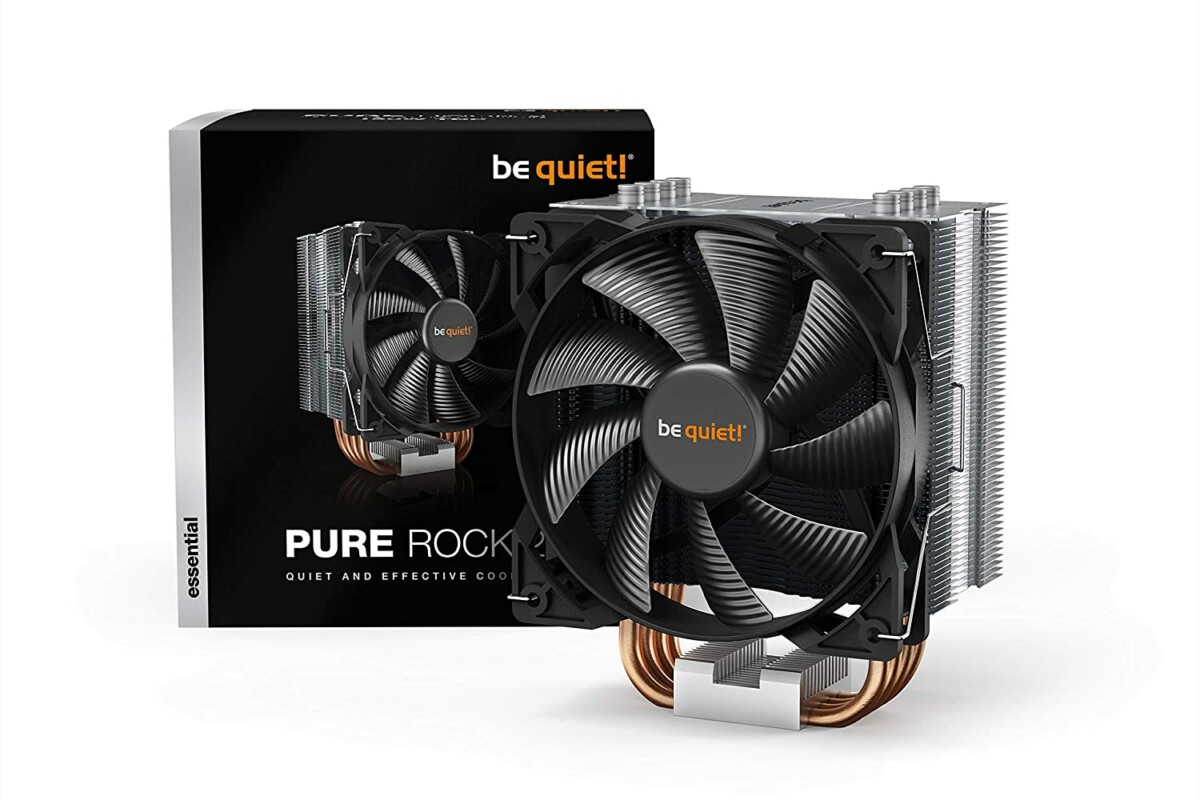 In practice, however, this value will only be sustainable with maximum fans and frankly unpleasant noise pollution. For a CPU around 100 W, on the other hand, it is able to perform its office in remarkable silence. The fixing system is simple to install and there is no concern of compatibility with the RAM or the heatsinks of the motherboard.

Given its price, we have one of the best quality-price ratios on the market. Note that, for aesthetes, a black version is available for a few euros more.

Have you fallen for a very high-end CPU like the Ryzen 5800X or a Core i7-11700K? Congratulations, but we will have to move up a gear to fully exploit them without becoming deaf. To cool such monsters we strongly recommend that you choose a double tower model with two fans like the Noctua NH-D15. 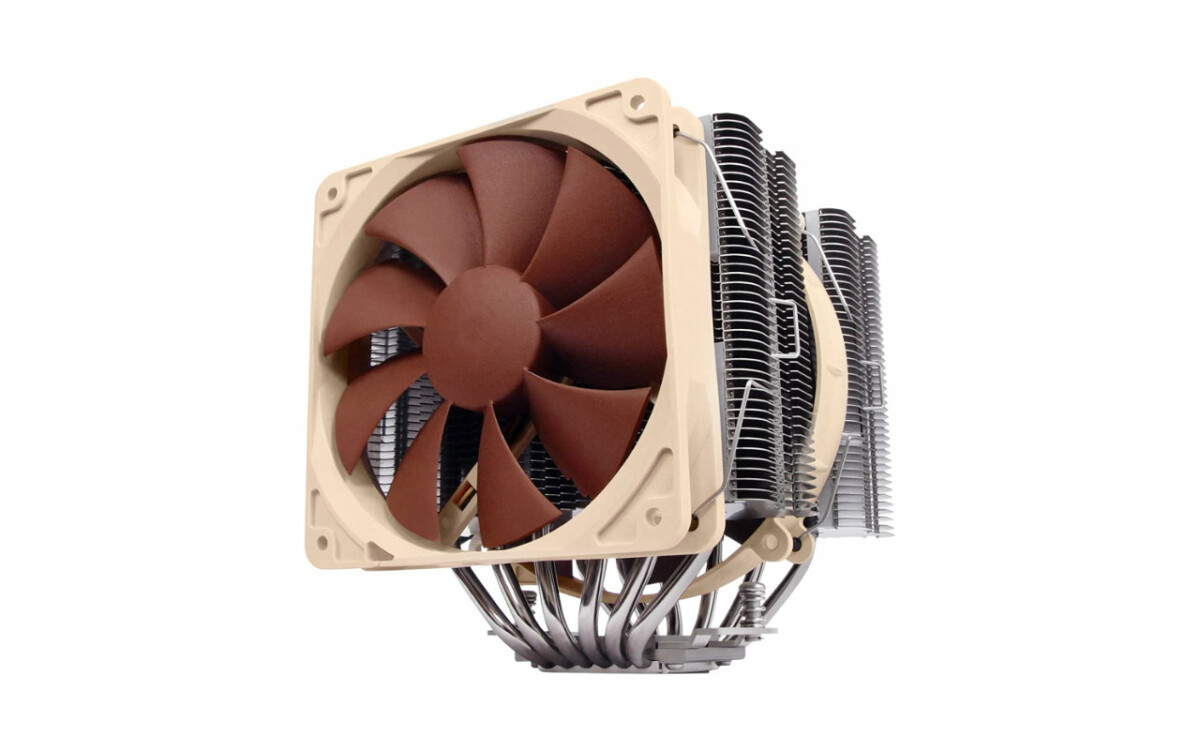 Weighing no less than 1.3 kg and boasting an impeccable finish, it is quite simply the best cooler on the market. The Austrian manufacturer always offers the most practical mounting system we have come across and the fans supplied are a model of silence. Be careful, however: its height means that it will not fit in all cases and its size may pose some compatibility concerns with some motherboards. Take the time to verify its compatibility before purchasing.

The performance is up to the price: this monster manages to cool the most greedy consumer processors silently as long as we stay within the limits of the TDP.

Of course, the price may make you pale, but Noctua has one of the best after-sales services on the market and will even send you a new fixing system free of charge if you change your configuration in a few years! For lovers of the dark, a chromax.black version exists.

If you have a very high-end CPU and want to push it to its limits, no miracle: you will have to switch to liquid cooling. That said, watercooling has come a long way from its DIY beginnings with aquarium pumps. AIO (all-in-one) systems are reliable and efficient, although obviously less flexible than a custom solution. 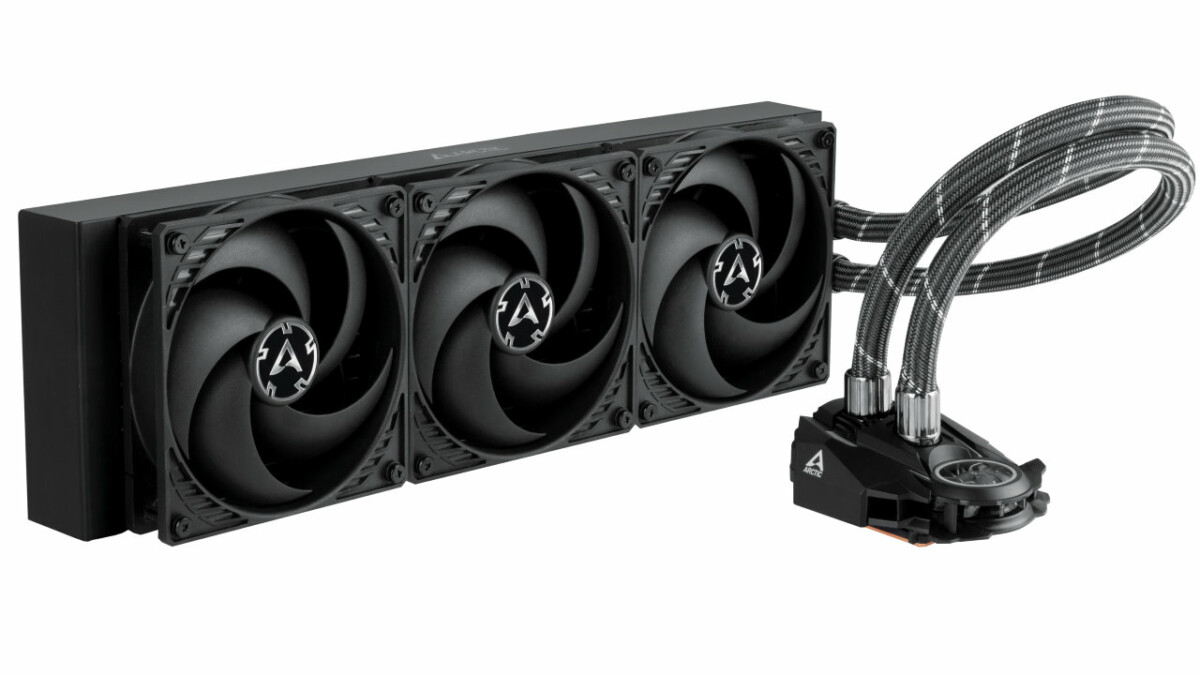 Among the plethora of products available on the market, it is the Artic Freezer II 360 that caught our attention. It’s not the prettiest or flashiest on the market (no RGB LEDs here), but the performance is top notch. You can get the most out of a very high-end processor or even overclock without too much fuss.

The 360mm triple fan radiator will not fit in all cases, however, and the bill is high. An AIO will also have a shorter lifespan than a more traditional cooler, of the order of 5 to 7 years. Note that if you are looking for something more compact the version, 240 mm also offers solid performance.

Understand everything about cooler and watercooling

Which thermal paste to choose?

If the thermal paste delivered with the radiator is more than sufficient for an entry-level processor, we strongly recommend that you invest a few euros in a more efficient version. There are a multitude of references, but this is the Thermal Grizzly Kryonaut which catches our attention for its performance and ease of use.

For the application, there are a multitude of schools, in writing we are content to make a little pie on the processor and let the pressure of the assembly do the rest. Just avoid putting on too much.

How to maintain your cooler?

Contrary to what one might imagine, a cooler requires a little maintenance. Start by vacuuming the fins regularly to extract the dust that collects very quickly. While you’re at it, (gently) clean the rest of the PC to remove all those sheep of dust and clean the case filters if it has one.

Finally, don’t forget to change the thermal paste from time to time. The latter dries up over time and therefore loses performance, which in the long term will have an impact on the noise and the lifespan of the processor. Once every 3 years should be more than enough. This allows the passage to further clean the radiator and fans if they are clogged.

How to position the fans?

When installing the radiator fan (s), be careful to respect the general air flow created by the fans in the box.

On a conventional assembly, this generally means that the air will have to be propelled towards the rear face of the case or it will be extracted by a fan. If your radiator has two fans, position them so that they blow in the same direction.

Most fans have an arrow indicating the direction of the air flow on the edge.