In discussions around the video game industry, the PC is often seen as the most powerful machine of the lot, well ahead of game consoles. If this is indeed a possibility offered by the PC, it is clearly not. not the norm. 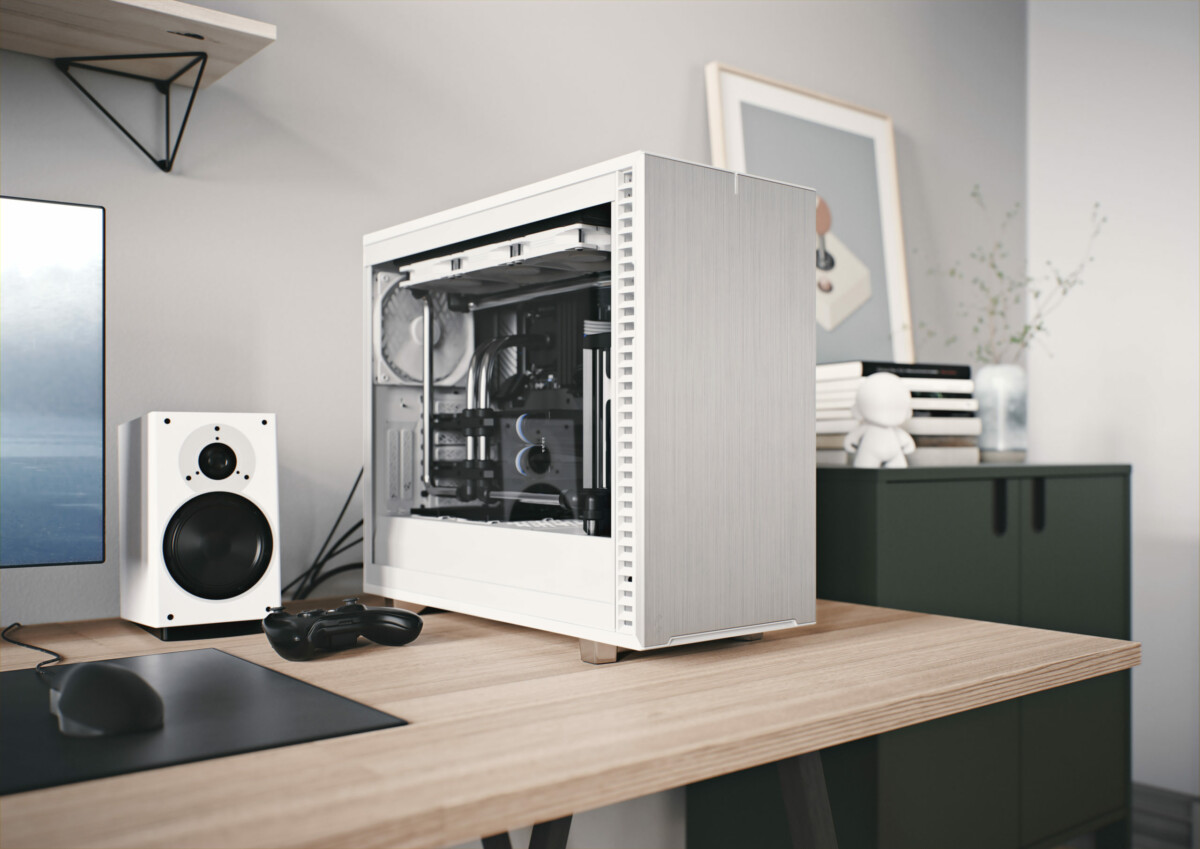 Ask any video game gamer what’s most powerful between a PC and a game console, and that person will likely tell you the PC. It is a very strong reputation enjoyed by the PC in this area, and which goes so far as to give a feeling of superiority, ironic or not, to the famous “glorious PC Master Racer”, against consoles.

After all, you just have to look at what PCs can do on paper, and the conditions under which they run games, to quickly be convinced. A PC powered by a high-end processor from AMD and Intel, with lots of RAM and a state-of-the-art graphics card, like Nvidia’s RTX 3090, is bound to bury a console marketed for a much lower price. And yet, does this reflect the reality of PC gaming?

In this kind of case, the best is still to see statistics well anchored in reality.

What the Steam poll says

When you play on a PC, the Steam platform developed by Valve is undoubtedly a must to install on your machine. In 2020, the dematerialized gaming giant saw the growth of competitors on the side of Epic Games and Microsoft, but not enough to imagine not installing Steam. The latter organizes a monthly survey to record in general terms the configuration used to access Steam. 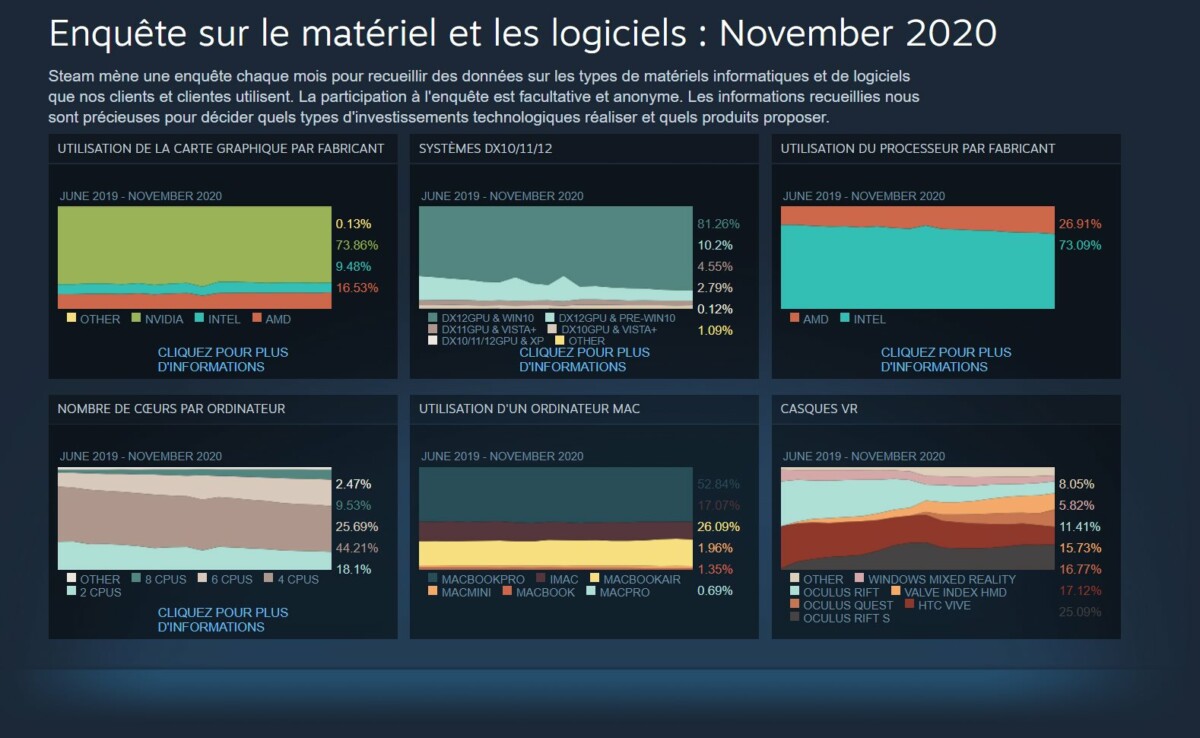 The monthly survey conducted by Steam // Gamesdone: screenshot of steam

Unfortunately, Steam has not changed the data captured by its survey for a long time, and for example it is not possible to know if the configuration of the PC includes an SSD or a hard drive. However, we can at least know several important parameters such as the model of the processor, the graphics card, the amount of RAM or the screen definition used.

Nvidia’s RTX graphics cards are monsters of power, and the latest generation 3000 offers a huge gap, especially for GTX 10 series owners. That’s good, they are the very majority on Steam at this time. day. 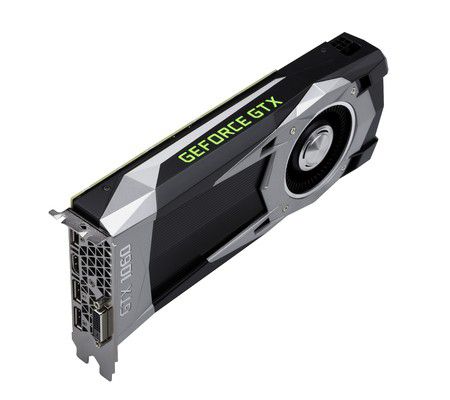 If we take the 15 graphics cards most used on Steam, which represents more than half of PCs on Steam, only three cards are part of the RTX 2000 generation and only two are Radeons (the RX 580 and the RX 570 respectively). By far the most popular graphics card is the GeForce GTX 1060 with 10.60% market share, followed by the GTX 1050 Ti and GTX 1050 at 7.22% and 4.62%. In other words, nearly one in four PCs on Steam uses one of these three graphics cards.

If the living room started slowly, but surely, its transition to 4K, the office has not. On Steam, the most used display definition is still Full HD 1920 x 1080 pixels by far. The Full HD indeed represents 66.24% of the screens used, it’s huge. In second position, we find the 1366 x 768 pixels often used on laptops with 8.89% and it is only in third position with 7.07% that we find the QHD definition 2560 x 1440 pixels, privileged intermediate by gamers between Full HD and 4K UHD.

As for 4K, it represents only 2.25% of screens used. It must be said that computer screens generally offer a very bad upscaling (increase the definition of an image artificially), and dynamic definition calculation methods such as checkerboarding used on game consoles (PS4 Pro and Xbox One X) didn’t make its way to the PC for a long time. The rendering of games in native 4K is still very greedy, it was not recommended for players to take a screen with such definition. Today, Nvidia’s DLSS is starting to change the game, but we will have to wait to see this kind of technique be generalized to all games.

There is one last element that is well detailed by Steam, it is the amount of onboard RAM. Here too, the figures are clear: 43.24% of machines integrate 16 GB RAM, 29.47% have 8 GB of RAM and 9.82% use more than 16 GB. The prices of RAM have regularly collapsed in previous years, which explains this profusion of memory in the PC.

If we have to compare again to consoles, remember that the Xbox One and PS4 had 8 GB of unified RAM. The new consoles are upgraded to 16 GB for the Xbox Series X and PS5, 10 GB for the Xbox Series S. Note, however, that this is unified memory, both for graphics card data and computer data. central RAM, but that this GDDR6 memory is much faster than the DDR4 used in PCs.

A market different from conventional wisdom

The average gamer’s PC is therefore satisfied with a Full HD display, with a graphics card released in 2016. We can also note that throughout the entire Steam survey, the percentages of each product are generally quite low. which means more than anything that the PC market is very motley. This is undoubtedly its greatest specificity, regardless of its potential power. This is why the games offer players to adjust the graphics settings themselves, where the almost unique hardware of consoles allows developers to adjust everything upstream. 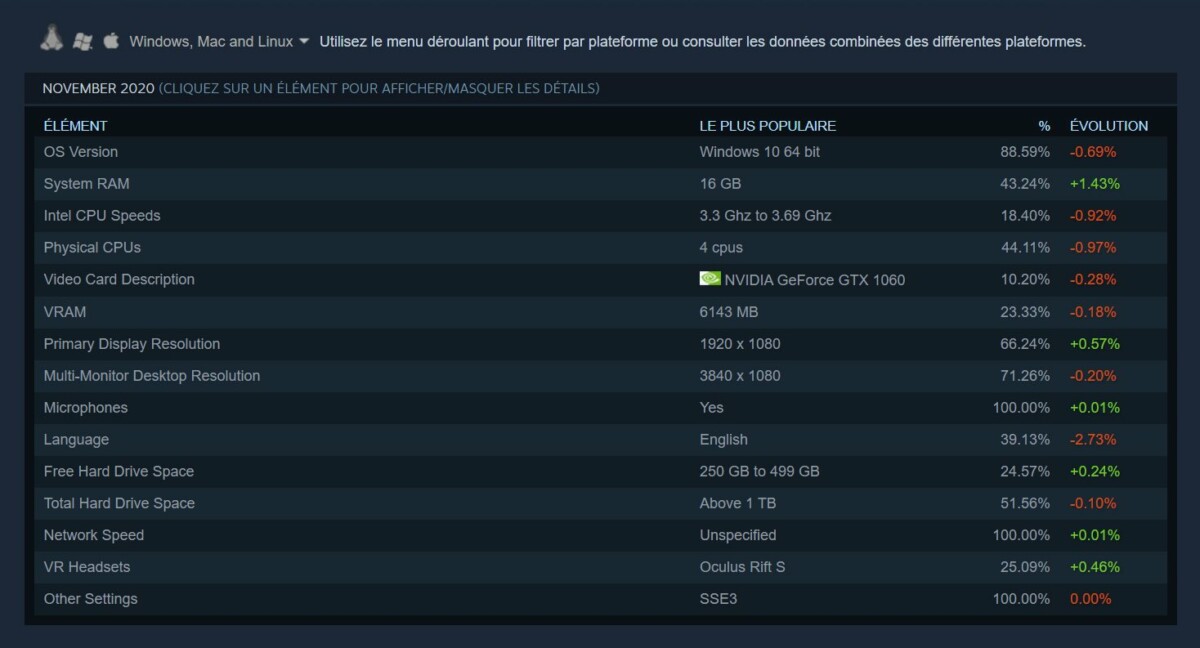