The Petal Maps mapping application developed by Huawei to make Google Maps forget about its smartphones is finally equipped with important features to make life easier for those who travel by public transport or by bicycle. France is concerned. 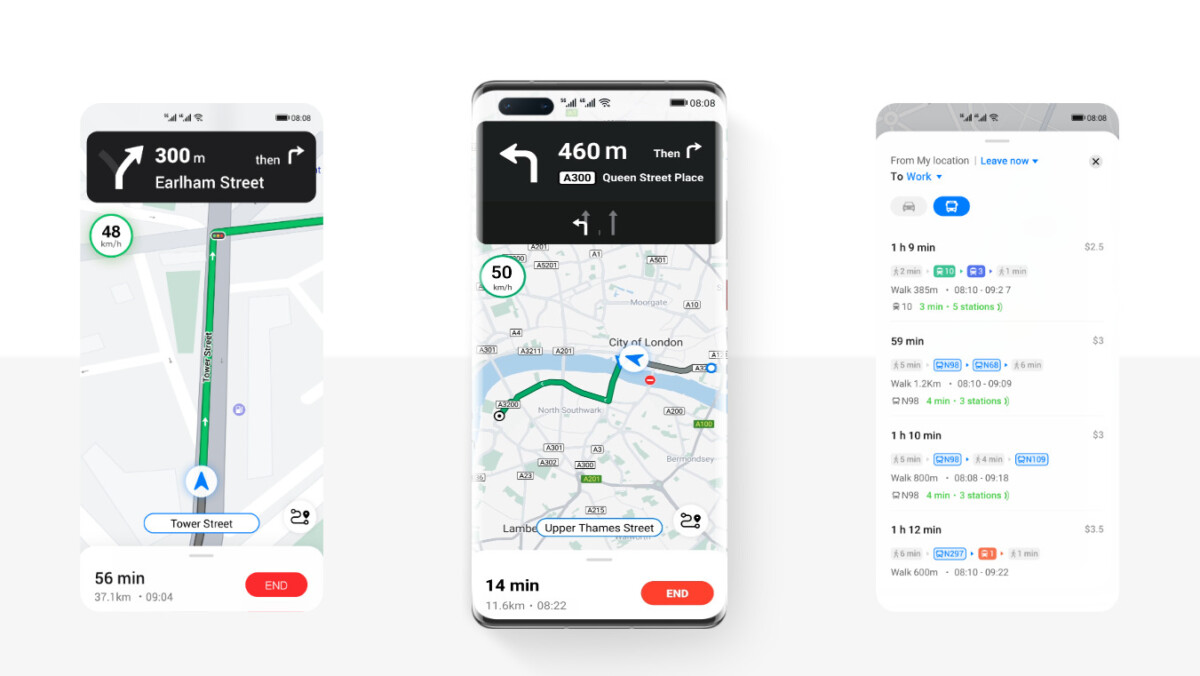 Huawei’s situation in the United States is not improving despite the assumption of Joe Biden as president of the country. At least things aren’t going to change at all at all at a glance. In the meantime, the Chinese brand is therefore forced to offer private smartphones from Google services. As alternatives, the manufacturer offers another ecosystem – Huawei Mobile Services – based on open source Android, but without the Google suite.

Thus, the Huawei Mate 40 Pro for example does not have applications such as Gmail, YouTube or Google Maps. However, precisely to compensate for the absence of the last mentioned platform, the brand has designed its own mapping service called Petal Maps so that users can orient themselves from point A to point B. Problem, this app worked well for motorists, but does not display information for walking or public transport.

The situation is about to change, however. Huawei is indeed rolling out new features for Petal Maps in various countries including France. Indeed, thanks to this update, interesting options for public transport journeys are appearing: multiple choices of route, duration of the journey, planning of the departure time, addition of stops and bus timetables. or trains.

Cycling routes are also available. The deployment begins this week and should therefore allow Petal Maps to become more useful and practical for users who have chosen HMS. However, it remains to be seen which cities exactly are entitled to these novelties.

On a related subject, remember that Huawei is also working on its own operating system, HarmonyOS, which exists in beta on smartphones and which could possibly succeed the brand’s current solution based on Android.

We recently learned that this famous beta was in fact very freely inspired by the Google OS, but Huawei has promised a very different interface from that of the green bugdroid on the stable version of HarmonyOS.