During its presentation online Tuesday night, Apple unveiled a MacBook Pro with its new chip called M1. This in-house chip will equip the 13-inch model with extended autonomy, more graphics power as well, all in an identical design. 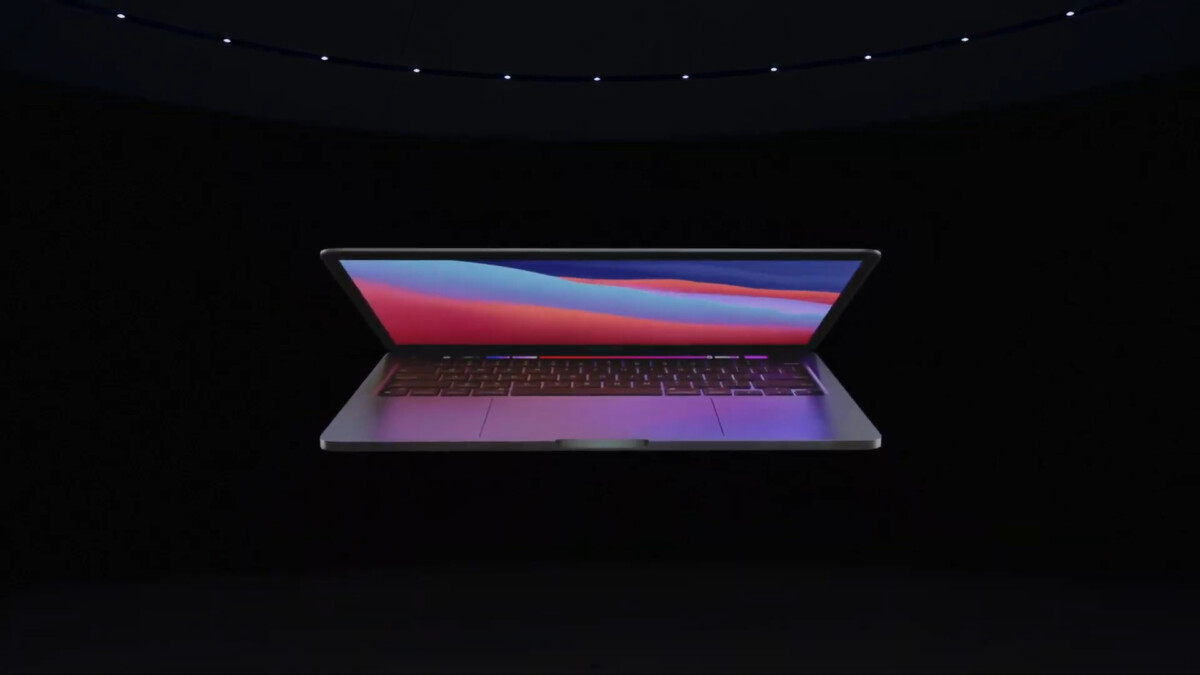 Apple has decided to use its new M1 chip in as many of its products as possible. During its new presentation online, Tuesday evening from Cupertino, the Californian firm unveiled a new 13-inch MacBook Pro equipped with the Soc ARM designed in-house. Exit Intel in the brand’s popular laptop that takes a new turn, just like the Mac mini and MacBook Air.

A product to appeal to creatives

By taking advantage of the power deployed by the M1 chip with its 8-core processor (4 high-performance cores and 4 high-efficiency cores), the MacBook Pro 13 ″ wants to appeal to developers or creatives working on photo, video or music software by promising performance three times faster than the competition, graphics and application speeds more efficient for creating code or rendering 3D. 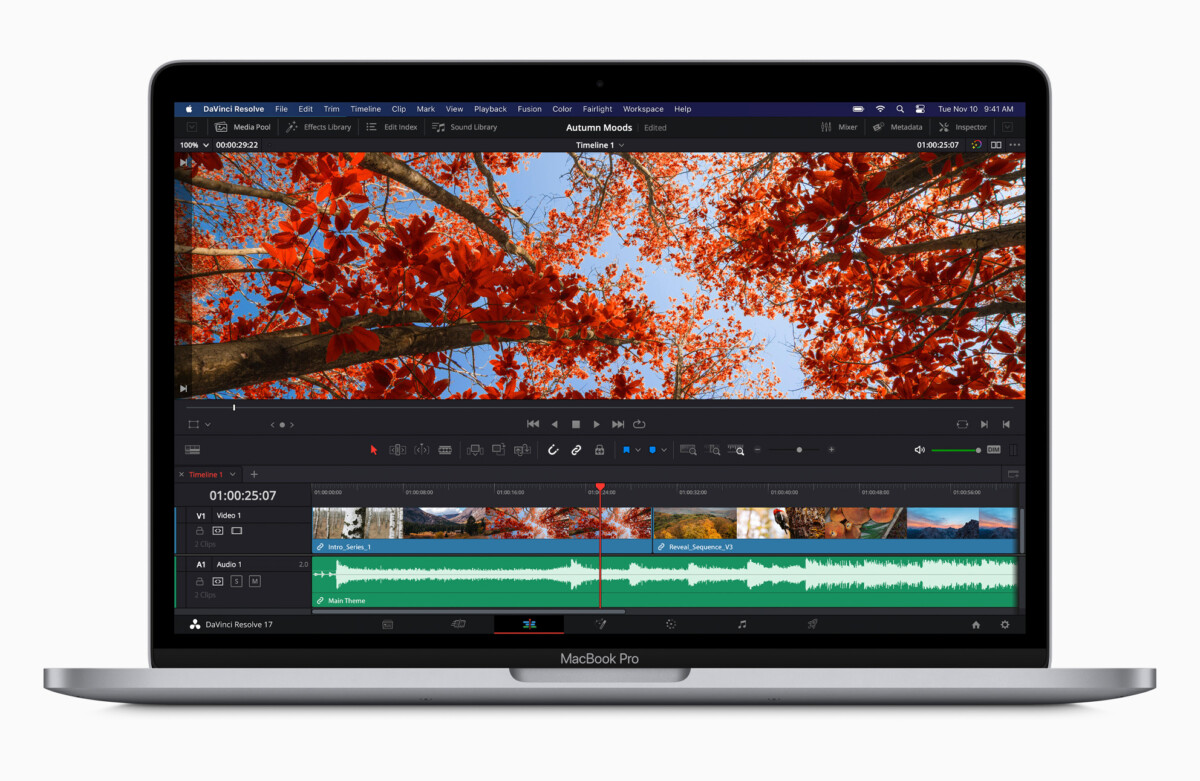 The variation of the Apple M1 chip will be able to rely on an 8-core GPU to perfectly find video games and greedy applications, and the Neural Engine to facilitate uses over time thanks to machine learning. The MacBook Pro

Apple has not touched the design of the 13-inch MacBook Pro which keeps its TouchBar, its large touchpad and its weight below 1.5 kg. Only the mics are upgraded to include three “studio-grade” mics found on the 16-inch MacBook Pro. This will be used in particular for the now multiple video calls. we still find the 3.5mm headphone jack. The M1 chip also brings its advanced ISP technology to the FaceTime camera to improve quality in low light in particular.

It features a 13.3-inch Retina display (2560 x 1600 pixes, 227 ppi) with brightness up to 500 nits. The Touch ID sensor for fingerprint recognition is always present on the Touch Bar, the touch control bar located above the keyboard. Apple has also equipped it with a new cooling system.

The M1 chip will also offer the MacBook Pro 13 ″ new possibilities by allowing applications to run also designed for iPhone or iPad. It will also take advantage of the universal applications of macOS Big Sur – deployed on November 12 – which will be able to run on Macs equipped with Intel as well as with M1. 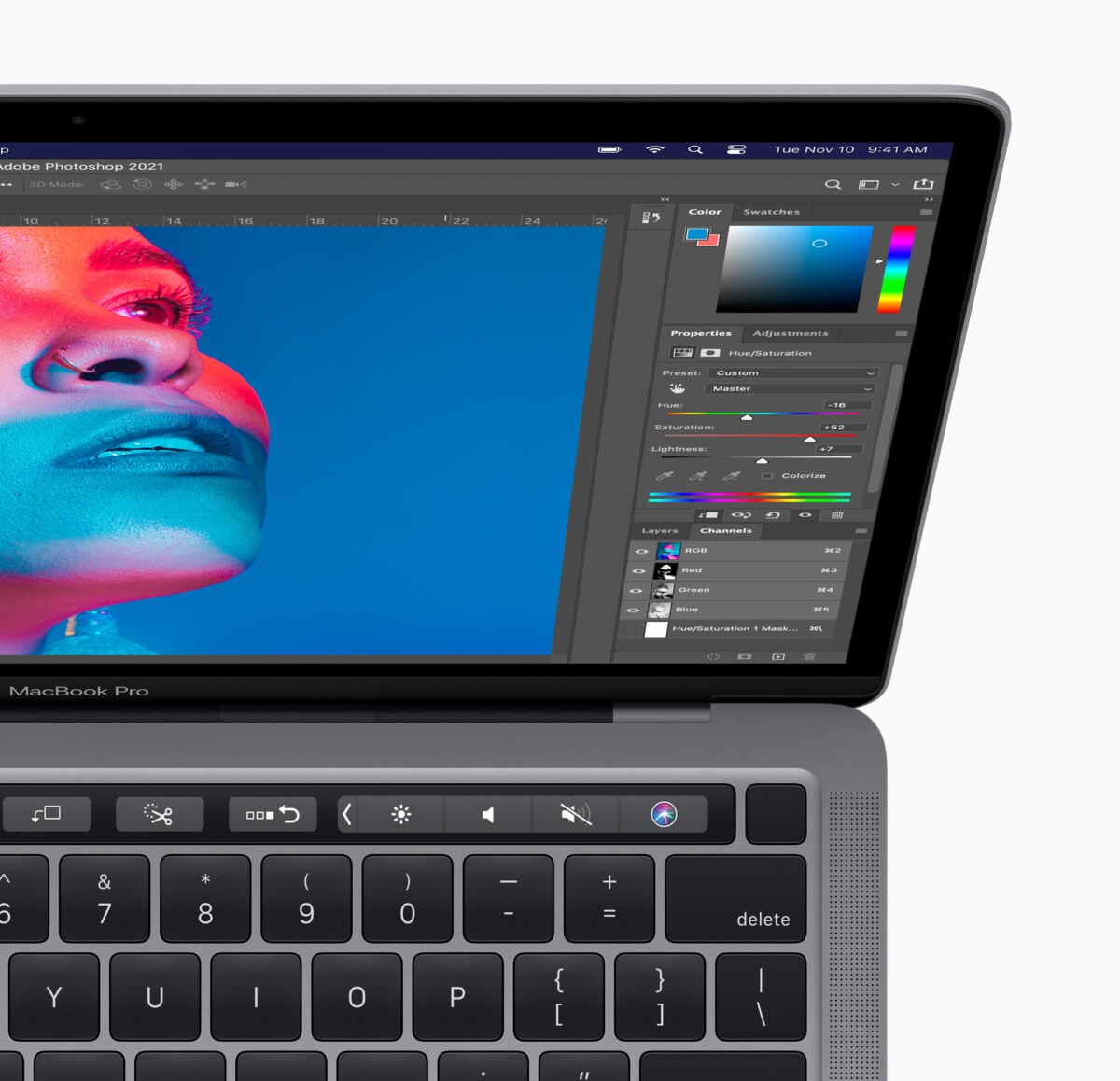 Where Apple wanted to support, it is also on the autonomy of the device and announces up to 20h in video viewing (17h of surfing on the internet), making the 13-inch MacBook Pro ” Apple’s toughest Mac“. This is one of the specificities of the M1 chip which promises significantly improved energy efficiency and therefore better battery life.

The MacBook Pro 13 ″ natively carries 8 GB of RAM and up to 16 GB in maximum configuration, a 256 GB SSD (and up to 2 TB as an option). It still has two Thunderbolts ports now supporting USB 4 allowing in particular to connect a 6K screen such as Apple’s Pro Display XDR. It is Wi-Fi 6 ready and has Bluetooth 5.0 technology. 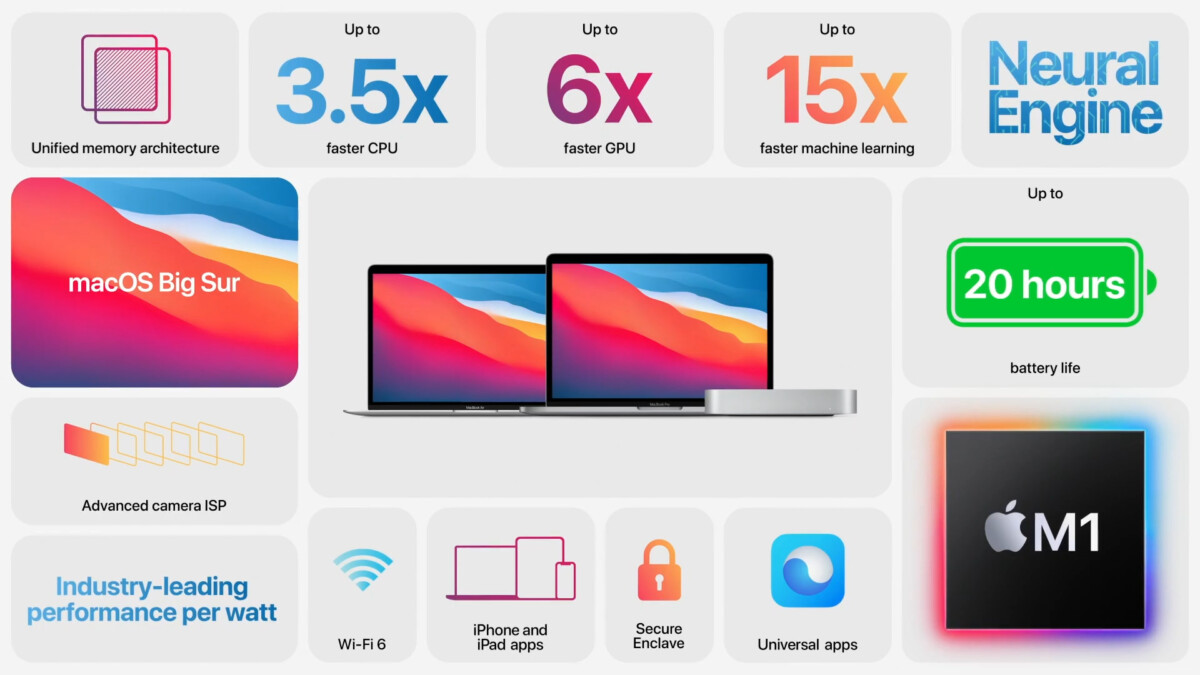 The 13-inch MacBook Pro with M1 will be available in silver or space gray from $ 1,449. Pre-orders begin this Tuesday evening and the product will be in stores next week.